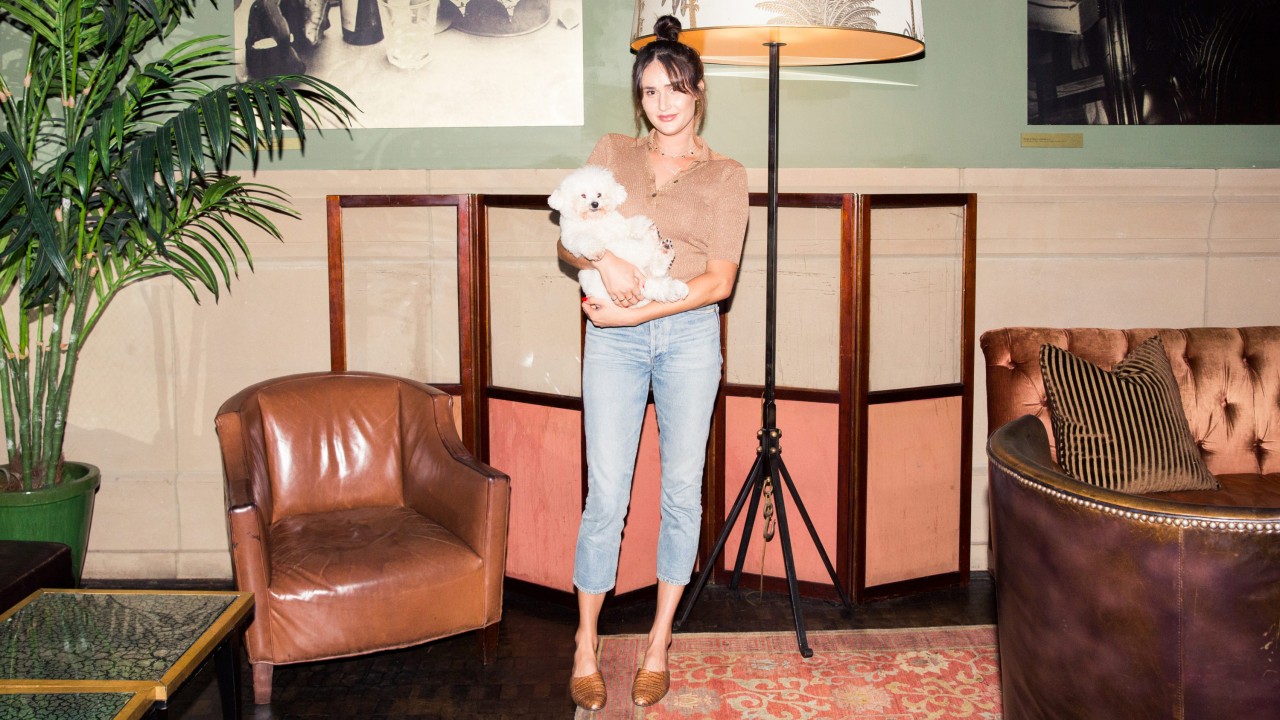 She’s sharing how she got the gig and the story behind all those suits.

Whenever Gigi Hadid steps out of her house, the paparazzi—and the rest of the fashion-loving world—tend to take notice. Her outfits are basically a barometer to determine what’s “cool”: Is she wearing a suit? Then we need a suit. Is she wearing white boots? We’ll need those, too.

While it’s fun to imagine the supermodel standing in front of her closet, worrying over what pieces to pair together for the red carpet, oftentimes there are bigger forces at work. And by bigger forces, we mean Mimi Cuttrell, aka Gigi’s—and Ariana Grande’s, and Sara Sampaio’s—stylist. It’s the 26-year-old who is *truly* responsible for headlines like “You Need to See Gigi Hadid’s Pink Suit” or “Gigi Hadid Just Wore the Pants We All Want,” and while she typically prefers staying in the background, we’re bringing her to light (along with her dog, Mazie, at the Soho Grand Hotel), finding out how exactly she got this gig and what styles we can expect to see on models soon. 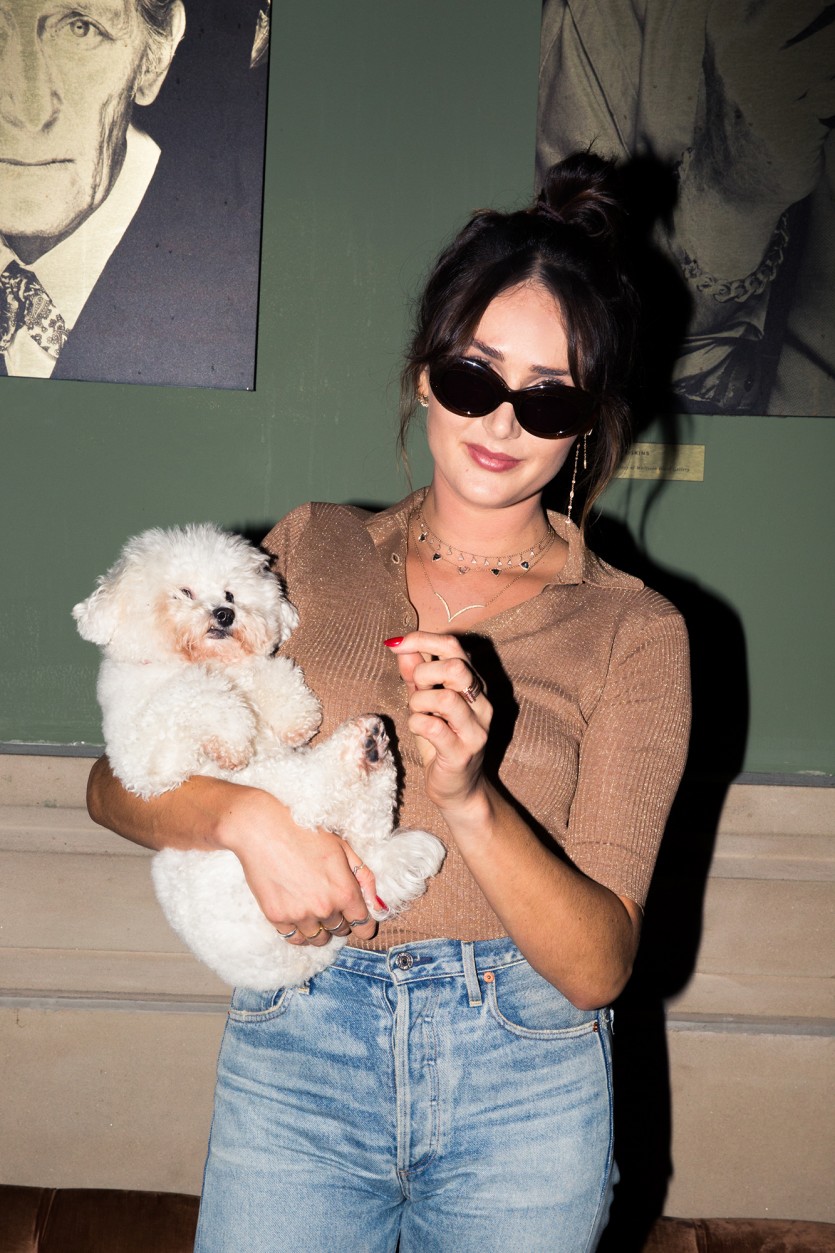 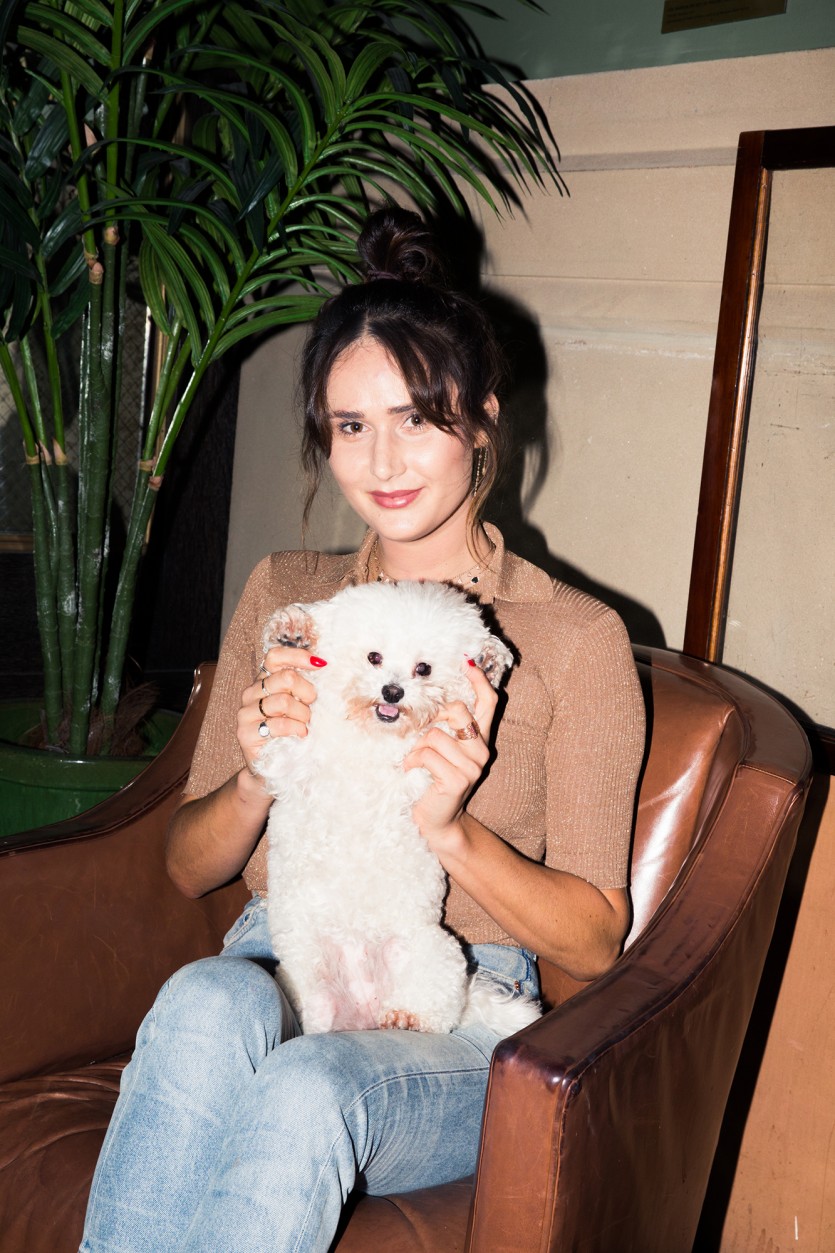 She didn’t think about styling until she was in college:

“I’ve always been the fashion girl of the family, but when I was in college, my mom brought up styling and said, ‘Did you know that people get dressed for red carpet events?’ It was more commonplace back then to style actresses, but I wanted to make it more mainstream for models.”

She met most of her clients through friends:

“I started with Nadine Leopold. She’s going to be walking the Victoria’s Secret Runway this year, which I’m super excited for. It’s great to see us both growing together as a team. I originally met her through my circle of friends back home. I knew Gigi through family friends in Santa Barbara. We used to go to birthday dinners [together], and knew of each other [because we both] played volleyball.”

She collaborates with Gigi:

“#styledbymigi kind of happened in our first fitting. The first look that she put on, she said out [loud], ‘Hashtag styled by Mimi.’ And I said, ‘Oh no, styled by Gigi.’ Then she said ,‘Styled by Migi.’ It was a collaborative effort, which came about because she knows what looks good on her, what she likes and what she doesn’t like. I do push her to try pieces she normally wouldn’t consider. It’s great working with Gigi because she knows the ins and outs of fashion. We definitely push each other to create the best looks possible. It’s a collaborative effort, and so much fun.” 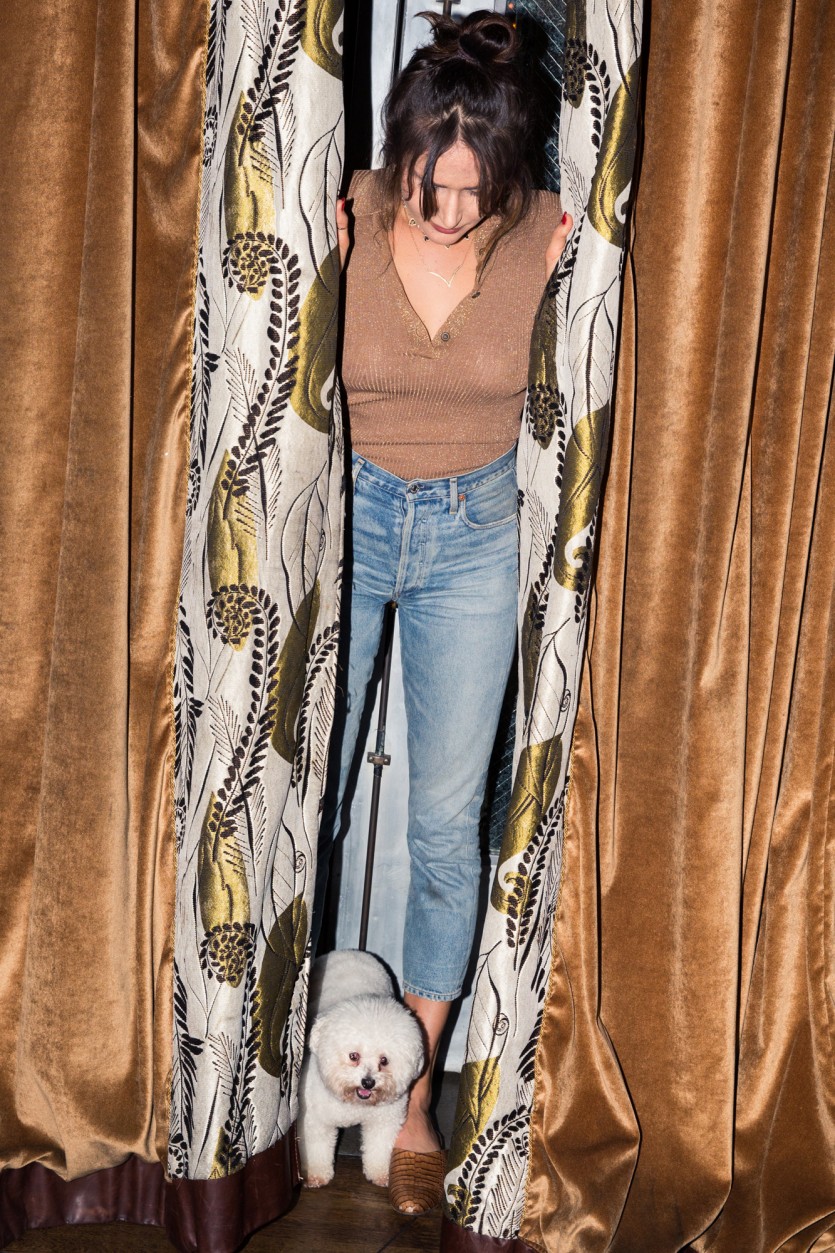 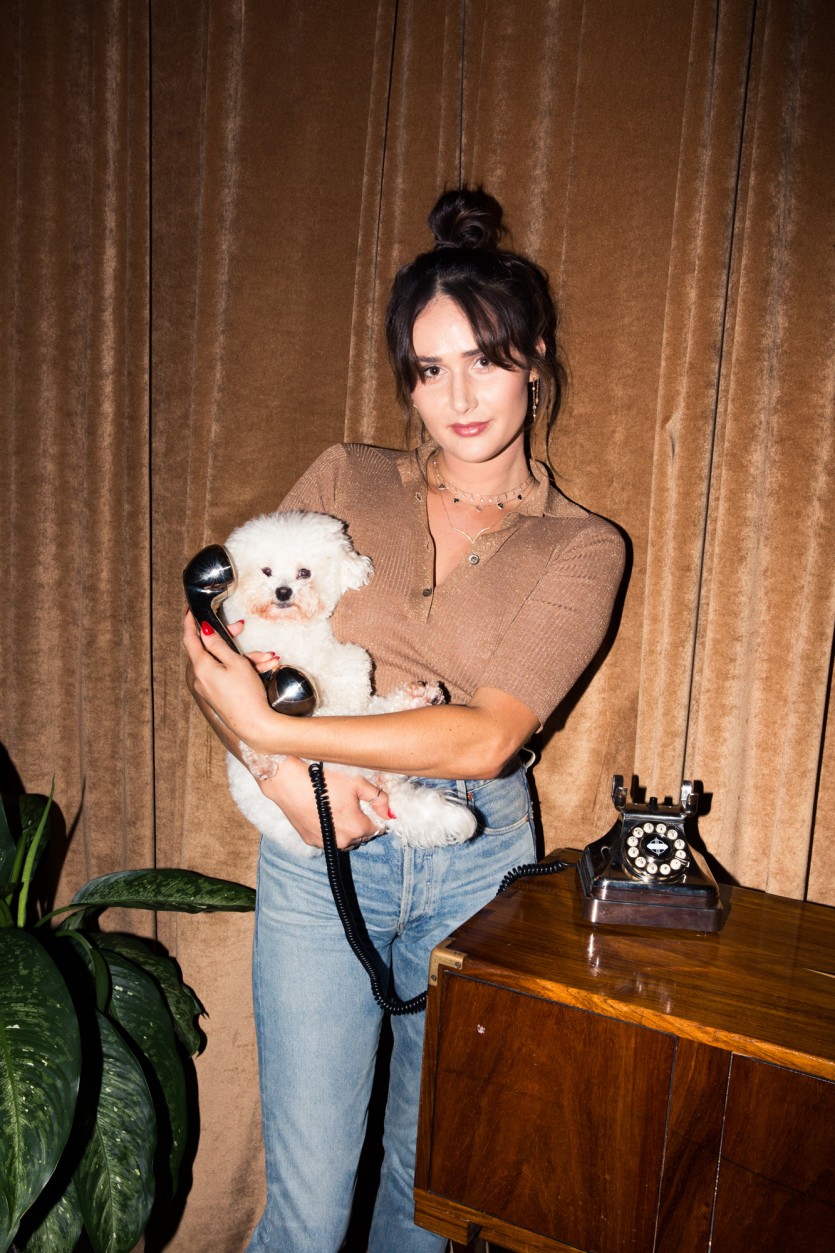 Just like Gigi, she really loves those matching sets:

“I always think less is more, and I love a classic look. In addition to jeans and a T-shirt, I love seeing an amazing set which is timeless and something you don’t see every day. I want my clients to look back on what they wore 20 years from now and be proud of how they looked.”

Her aesthetic? The opposite of what everyone else is doing:

“I think that you don’t need to show skin to be sexy. It’s more about how you carry yourself and being effortless. For [Gigi], for the CFDAs, I wanted her to make a high-fashion statement. She wore The Row and was completely covered up, and she looked so beautiful.” 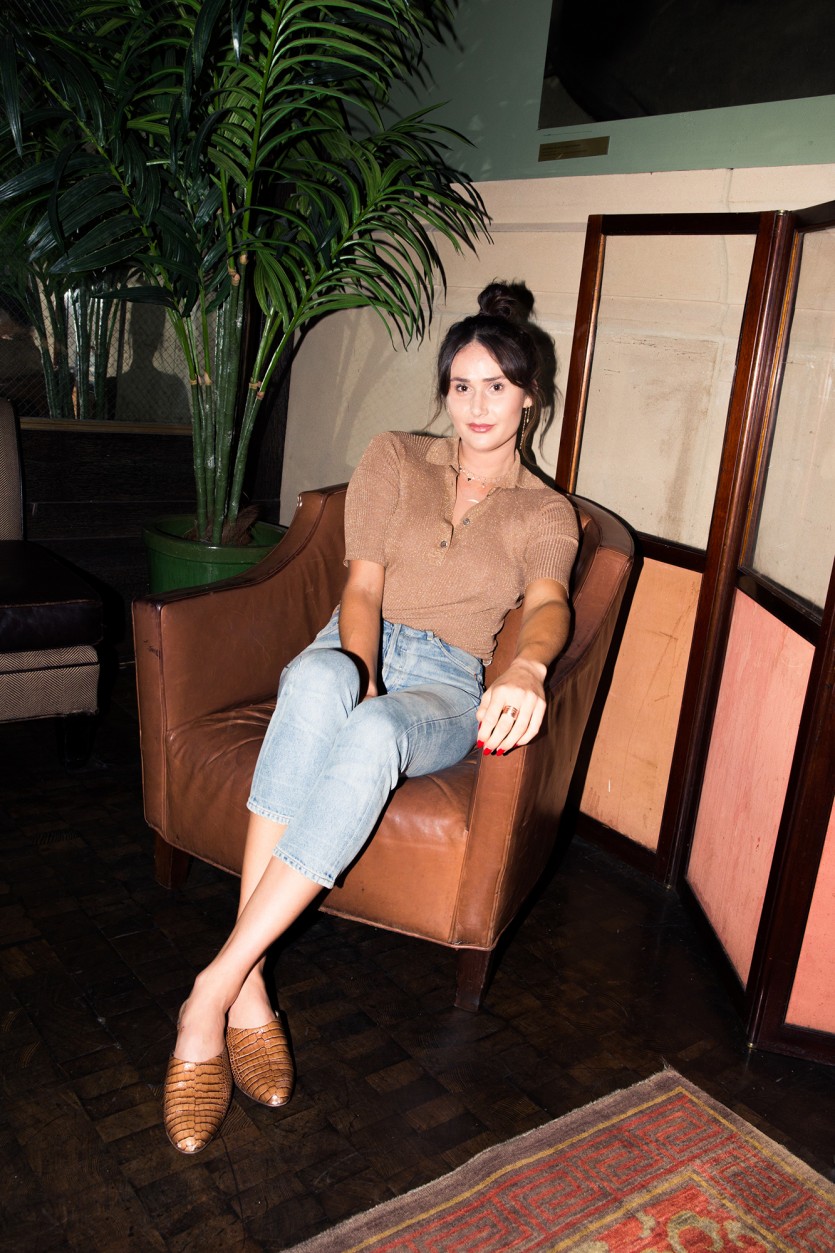 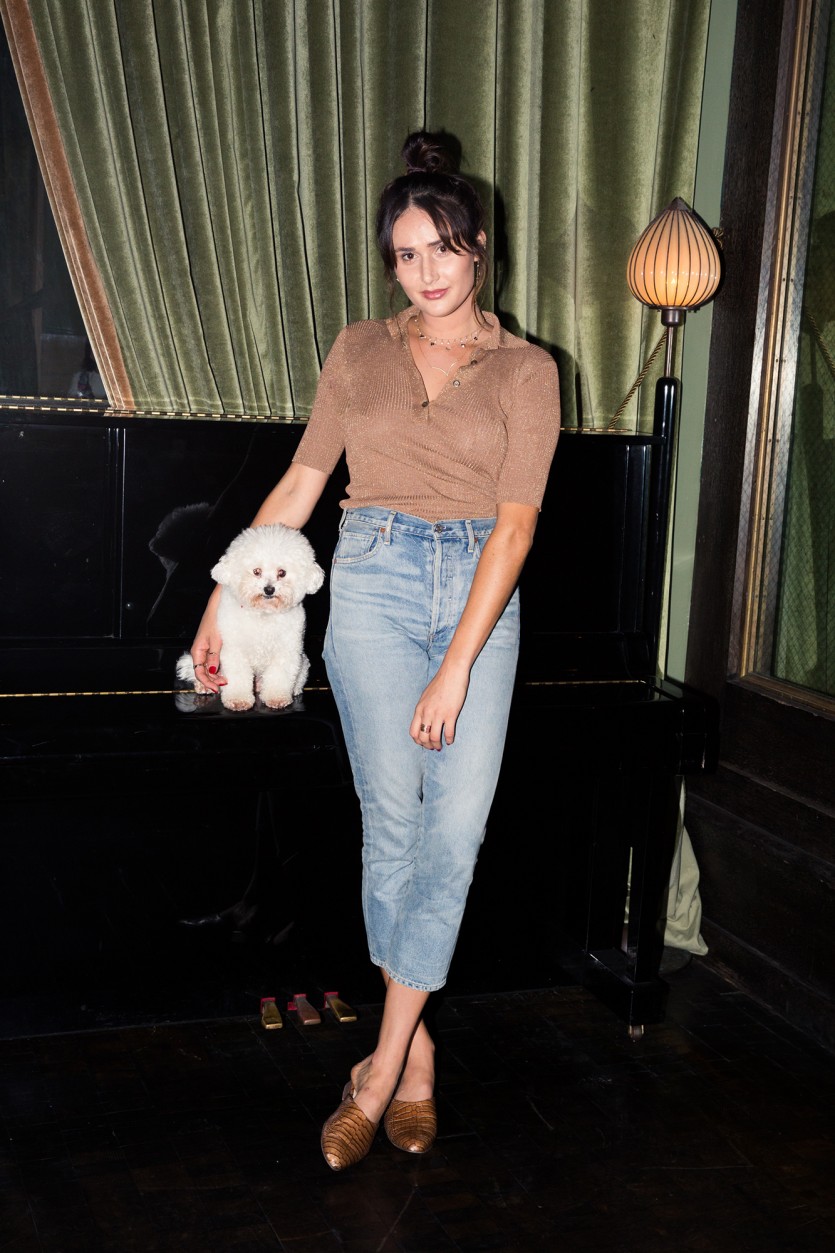 She loves connecting with new designers:

“[I like] discovering new, up-and-coming designers who have well-made clothing. I went to Norway for fashion week and met this amazing brand, Holzweiler. I’ve been working closely with the designers themselves, calling in pieces for my clients. They have great everyday wear, awesome scarves, and cozy hoodies. On the other hand, I also grew up loving high-end designers like Prada. It’s a dream to be working so closely with them today. [What] I really look at [is] the quality of the clothing—there’s nothing like putting something on and feeling the quality and craftsmanship of the piece.”

She wants to change the industry:

“I am very solution-oriented, and in a business where things can easily go wrong, you have to be prepared. For example, shipments of clothing can get misplaced or delayed. In that case, I’ll have to rush to find another option, and in the end it always works out for the best. If a dress is stuck at customs, we can find one that’s even better!”

She looks up to Jen Atkin:

“Jen Atkin is one of my role models. She’s so nice and is always connecting people—she wants everyone around her to succeed. I really look up to her; she has her own line, and she’s so personable. I’m also thankful for hairstylist Laura Polko and makeup artist Patrick Ta, and stylist Jenny Ricker, for being my mentors and friends.”

The Stylist Responsible for *That* Céline Dion Vetements Outfit
Chloé Bartoli’s Vintage Sunglasses Collection Rivals Any Other
Can We Just Talk About Gigi Hadid’s Birthday Outfit?