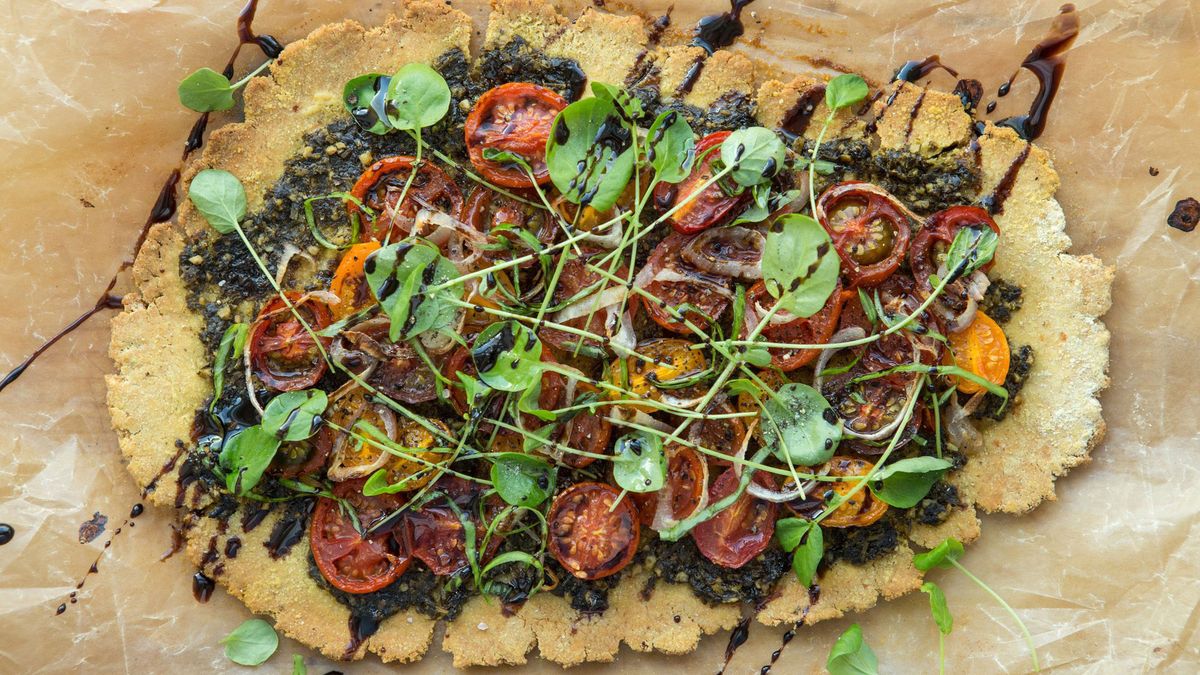 I Quit Eating Gluten for a Year

Alexandra Willkie Pasanen
When I first decided to eliminate gluten from my life, my reasons were twofold. One, I’ve struggled with debilitating stomachaches for as long as I can remember (my mom had them starting at about age ten, but it may well have been earlier). Two, fed up with my panic disorder, I was desperate for natural ways to stop feeding my anxiety. No one told me the food I was eating might be a culprit. One year and one gluten-free wedding cake later, I can count the number of terrible stomachaches I’ve had on no hands (zero!). While anxiety isn’t as easily quantifiable, I can report that the nasty waves of terror I used to feel are now safely at bay, along with the stale boxes of pizza, bottles of beer, and my late-night Papaya King habit.

So what is gluten?

According to the Celiac Disease Foundation, gluten is the name given to proteins found in wheat, rye, barley, and the odd man out: something called triticale. It acts as a sort of glue, helping these foods maintain their shape. Celiac disease, the autoimmune digestive ailment which causes an allergy to gluten, is rare. That said, it’s possible for anyone to have a negative reaction to gluten, particularly as many foods it’s found in are considered to be inflammatory. And while I’m willing to bet a shot of (potato-based) vodka you know that inflammation is something to avoid, you might not know it has both biological and psychological consequences.

I first learned about these negative consequences when I read A Mind of Your Own: The Truth About Depression and How Women Can Heal Their Bodies to Reclaim Their Lives by Kelly Brogan, MD. Dr. Brogan’s approach to healing the mind is through healing the body—think altering your diet, not your prescription. As regards gluten and gluten sensitivity, Dr. Brogan lists the physical symptoms as abdominal pain, nausea, diarrhea, constipation, and other forms of intestinal distress. The psychological include depression, anxiety, ADHD, and much more.

I (accidentally) encountered gluten only a handful of times over the past 12 months: The sneaky protein can lurk in seemingly benign foods like meatballs, oats, soups, or certain chips. It’s also the glue that holds many a condiment together (beware of soy sauce, ketchups, some salad dressings). Post-“gluten-ectomy,” each time we met I broke out in a really gross rash from the top of my head to the bottom of my neck, a symptom my doctor now attributes to a gluten allergy.

What everyone wants to know: Did I lose weight?

No. Not. a. pound. Turns out that gluten wasn’t the glue keeping my inner thighs together. I remember ordering lunch at the beach over the summer with friends, and four of them got sandwiches; my friend Ellie (also recently diagnosed) and I had salads. We also dumped a bag of chips out on our beach towels. “Isn’t being gluten-free great? I eat soooo many potato chips now!” she said. I crunched down a handful, nodding enthusiastically. It wasn’t until later that I realized skipping the sourdough didn’t make our lunches any healthier than our non-GF friends. And that can be the problem with giving something up: It creates a void that only a family-size bag of Vicky’s Salt & Vinegar chips can fill.

Of course, I didn’t go gluten-free with the hope of weight loss as a side effect. In fact, struggling to keep weight ON can be a telltale celiac sign. I mention weight loss only because people mention it to me, and also because there are a lot of (gluten-free) foods that sound healthy but aren’t. Whatever your G-free goal, a good rule of thumb is to stick to foods that never contained gluten to begin with, rather than products that replace gluten with other ingredients like sugar, GMO cornstarch, or soy. Bring on the millet bread.

The follow-up question: But isn’t it hard?

Honestly…not really. At least not for me. And not to be taken out of context, but sometimes I actually like that it limits my options. It makes things easier. The only times I truly despise the GF life are:

1. During football season, because even Natty Light is better than your local dive bar’s room-temp chardonnay.
2. When it’s 2:00 AM and you find yourself sadly picking the pepperoni off your friends’ pizza.
3. When servers at restaurants make you feel like a nitwit for alerting them to your allergy. Oh, and when said waiter sets down a particularly delectable looking plate of rolls on the table. Right in your face!

In these scenarios, you might feel compelled to either give in (don’t do it, don’t get glutened!), put a serious strain on your server’s mental health (also not recommended), or make a big messy deal out of it. Try to avoid all three options. The good news is most restaurants, particularly in big cities like New York, are used to accommodating allergies and dietary preferences (and often have off-menu gluten-free pastas!). And you’ll be surprised to find that a lot of ethnic restaurants—particularly Mexican and Indian—naturally have almost entirely GF menus (hold the flour tortillas and naan). As for the aforementioned late-night situation? We’ve got you covered.

Should you do it?

Call me crazy, but I’ve read enough about gluten over the past year to argue that yes, you should. I’m also not a doctor and never will be. I CAN say with certainty that if you suffer from other autoimmune disorders, intestinal troubles, bloating, anxiety, stress, or brain fog, it’s definitely a lifestyle worth giving a go, but make sure to consult your doctor to see what’s best for you.

The first step is to learn about it. For example, I was surprised to discover that buckwheat was fine, but farro was not. The second is to adjust. Go ahead and stuff your tamari (that’s gluten-free soy sauce, for you novices) in your purse on sushi night. And the last is to evaluate. Seventeen years and dozens of doctor’s visits later, my SVU-style investigation to pin down a perpetrator led me to a discovery that put my stomach and my mind at rest. Hallelujah. Case closed.

[Editor’s Note: As ever, we are not doctors or medical know-it-alls. And everybody is different, so make sure to check with a doctor before trying anything new.]
More From the series Health