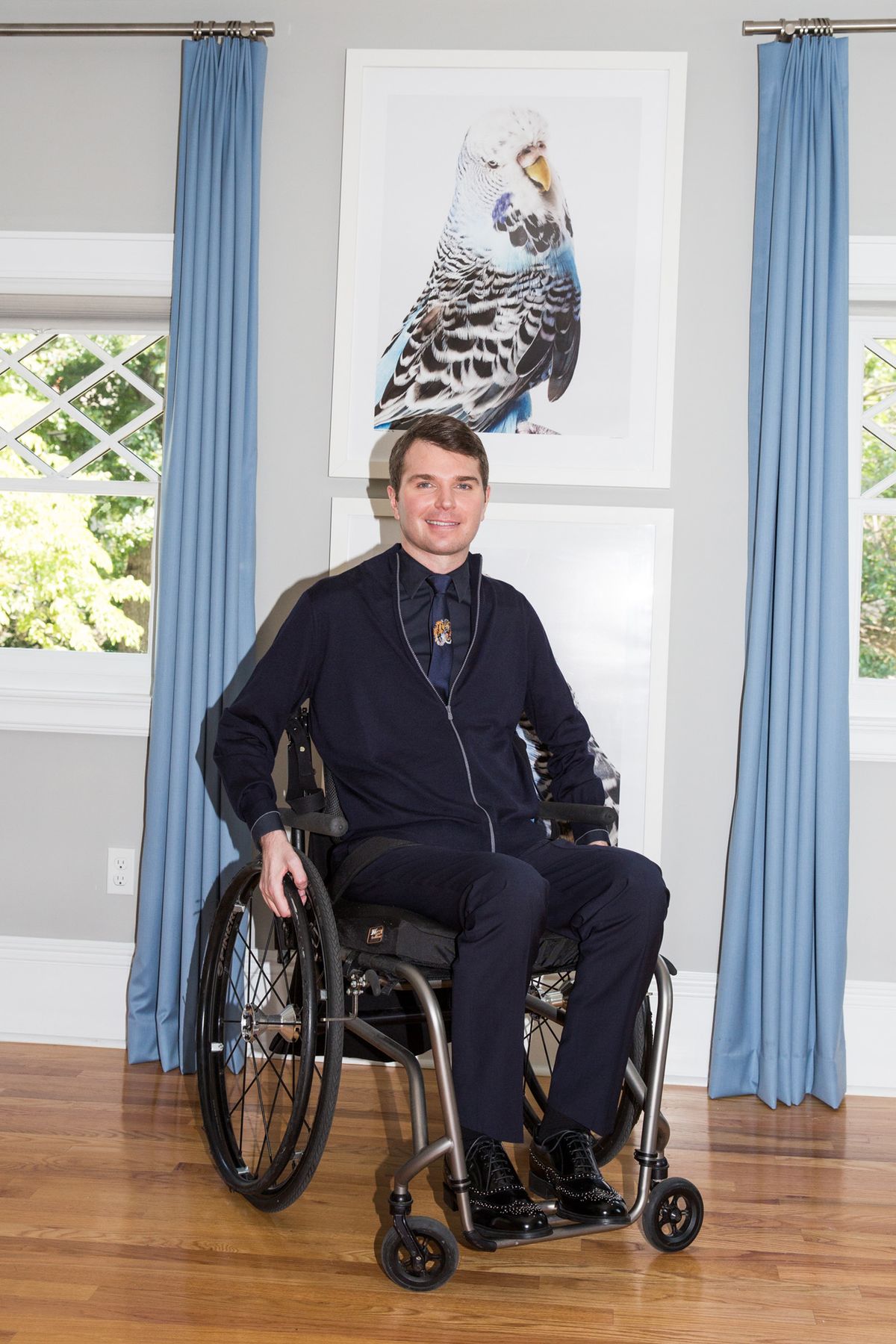 After founding a cult skin-care brand, the former editor changed the face of beauty and rediscovered fashion. New York.

Katie Becker
Alec Kugler
Stephanie Mark
If you don’t know Clark’s Botanicals from either your neighborhood indie beauty boutique, the favorite product list of celebrities like Sofia Coppola or Meryl Streep, or QVC, where the line sold out the first eight times it went on air, you might know the founder Francesco Clark himself. Insiders will recognize him from the Instagrams of pretty much any major beauty editor in New York City, or you might have caught his profiles in The New York Times or Harper’s Bazaar, where he worked as a fashion editor for years. In fact, Harper’s Bazaar is where the story of Clark’s Botanicals began. At the age of 24, while working at the fashion glossy, Clark suffered a spinal cord injury after a diving accident and became paralyzed from the chest down. The years that followed included a lot of deep, difficult struggle and intensive recovery work, as you would expect, followed by an unexpected beloved beauty brand. “I had worked so hard when I was in college to do well, and at 24 years old I had been promoted twice,” Clark tells us while we sit in the living room of his home in Bronxville, New York. “But when I dove into that pool and hit my chin, I felt like the biggest idiot in the world. Coming in and seeing the ramp and the hospital bed inside the living room, I felt like I had let myself down and my family down. And after some years passed, I basically became agoraphobic. My friends would always email and call to see me, and I would say I was busy, but I wasn’t really that busy. The trauma of what happened made me feel like I had become such a worry that I wanted to become a wallflower. I shaved my head bald. I wore the same paper hospital pants every day and the same t-shirt every day. I didn’t care about the way I looked, and I used to work in fashion. “Then, when Christopher Reeve passed, for the first time in three years, I looked in the mirror. I didn’t look like myself at all. I felt happy and energetic inside, but I don’t look it. Because I lost the ability to sweat, my skin was broken out everywhere and didn’t match what I felt inside. That’s why I turned to my father, who is a doctor, and said, how do I join these two together? It took us four years to figure out what would become Clark’s Botanicals. It was my psychological and physical recovery.” Soon after, Harper’s Bazaar editor-in-chief Glenda Bailey asked Clark what he was using on his skin that made it look so good. And once the magazine reported on the product, the brand took off. From there, Clark’s love for fashion started to return. Big-time. In fact, today his closet is now in the house’s converted two-car garage, which also serves as his work space. It’s filled with his product, inspiration boards, beauty industry awards, and a treasure trove of other beauty products. “It’s my incubator,” says the Clark’s Botanicals CEO and national ambassador of the Christopher Reeve Foundation (a portion of proceeds go to the foundation as well). Click through below to see his tie collection, favorites shoes, and lots of cashmere. Plus, shop his closet here.
Closet

After founding a cult skin-care brand, the former editor changed the face of beauty and rediscovered fashion. New York.