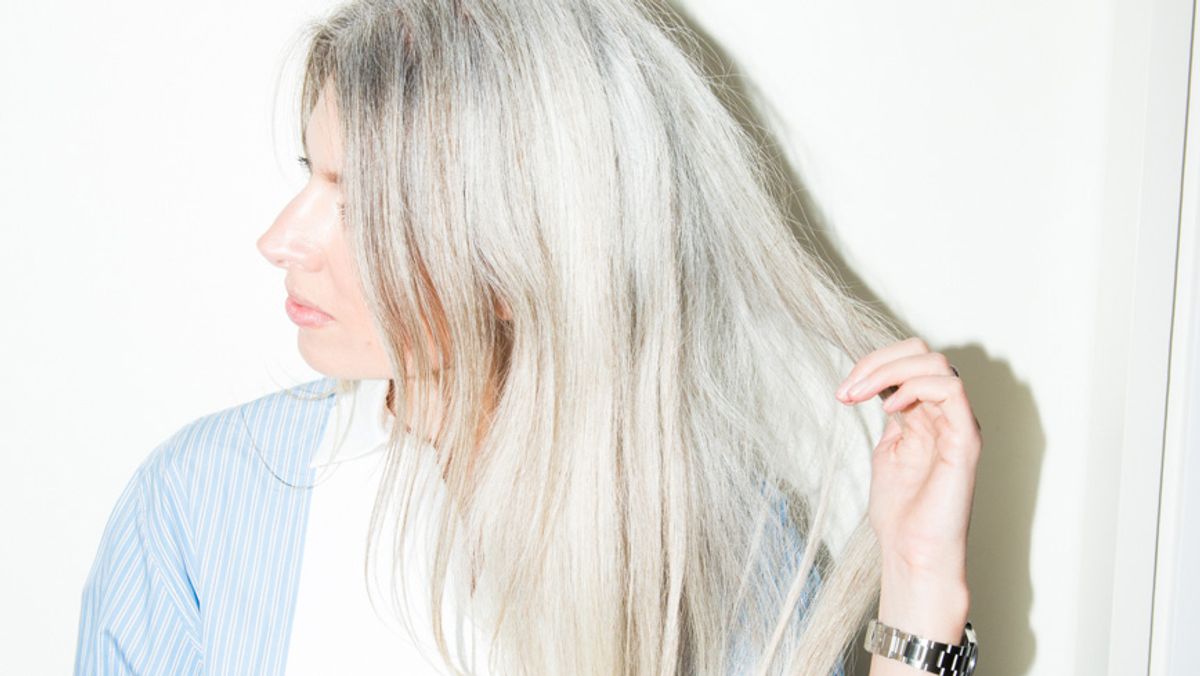 Why Doesn’t Anybody Want to Talk about Dandruff?

We’ve covered every single other beauty and wellness taboo. It’s finally time we talk about one that affects half the population.

Emily Ramshaw
I won’t beat around the bush—in this time of overexposure and oversharing, we editors often need to get in on the action. An interesting story—a relatable story—is a personal one. And with that in mind, I and many of the other editors and writers who work for Coveteur and just about every other site out there have shared, well, everything from our insecurities over hair loss to getting fillers—even a first colonic appointment. We’ve shared it all, unfiltered, with all the (very) dirty details intact. We’ve shared it all, that is, save for one. Dandruff. And for the life of me, I can’t figure out why. I’ve searched women’s magazines, websites, everything, and sure, there are some articles about “scalp health,” sometimes even “itchiness,” but no one wants to talk about dandruff.

So here it goes.

So you’re like, OK, dandruff, who cares? Why do we even need to talk about it? And it’s true: Unless you have a serious dermatological medical condition, dandruff takes a bit of basic TLC and you’ll be OK. But the thing about the overshare culture of the internet is that it normalizes things that might otherwise make you feel insecure or alone. Reading about other women struggling with cystic acne or bad body odor or bikini waxes for the first time (all that is normal now) is like an epiphany—we’re not alone, and this is something we can feel free to talk about with our friends, sisters, moms, because there are a whole host of other women out there dealing with the same thing. There’s something powerful about making insecurities mundane.

For a long time (until I saw that “half the population” stat a little a while ago, actually), I thought dandruff wasn’t normal. What I knew was that my dad had it and that I had it—and, with his advice, that Head & Shoulders worked. Back when I was a vulnerable middle school student, the mainstay drugstore anti-dandruff shampoo hadn’t yet prettified its scent, and I clearly remember one day when five girls asked me what shampoo I used. (I must have stank like a barber shop. Now it just pisses me off that Head & Shoulders thought only men would use anti-dandruff shampoo.) I lied and said I used Herbal Essences (it was the early 2000s—that was the shampoo), but I didn’t use Head & Shoulders again until college, and instead wouldn’t let anyone touch or get close to my hair throughout high school unless it was very dark.

For the purposes of this article, I went to visit big-time dermatologist Dr. David Colbert at his New York Dermatology offices. Aside from some offhand advice from a hairdresser that I should use tea tree shampoo (it’s never worked for me), talking to Colbert was the first time I’d ever addressed my scalp issues with an actual professional. Suffice it to say, I was surprised when he was so blasé about what I considered to be a chronic problem. He hardly raised an eyebrow. “A lot of people will ask their GP or a hairdresser before they come to a dermatologist,” he said. But a derm should actually be their first stop.

First, there are the causes of dandruff, which, to be clear, is a dry, itchy, and flaky scalp. “There are multiple causes. There’s psoriasis of the scalp—that’s probably the most dramatic. Another is just dry skin. A third would be allergies. A fourth would be seborrheic dermatitis, which you can see a lot in people who have flaky eyebrows. There’s eczema. The last is you can have a fungal [infection] on your scalp, but that’s very rare. It’s more common in children, but it can happen. There are a couple other rare things like a vitamin deficiency. With standard dandruff, there’s really nothing wrong with you. Then there’s the other end of the spectrum with problems like psoriasis. Anything more severe than dry skin requires specific drugs to treat.”

My case, despite all my anxiety about it, is relatively mild and probably just dry skin. It’s also far worse in the winter when my skin is also super dry. My problem is that along with having a dry scalp, I have really oily-prone hair, which means I wash it every day. Not ideal for a dry scalp.

As a consistent method of dealing with dandruff, however, Head & Shoulders actually does work. “Head & Shoulders has pyrithione zinc in it, which decreases inflammation on the surface of the scalp and means fewer flakes,” Dr. Colbert says. Then there are a host of other ways of managing it. “You can also use oil in your hair and massage it into your scalp—put it on at night and then wash the outside of your hair and leave the oil in. The other thing is diet. There are foods that just agree with your body more. There aren’t a lot of studies on it, but some people will say that eicosanoic acid and fish oils are good for your scalp and make it less dry. The other thing is that washing your hair a lot will make it dry—don’t wash your hair as much. Some people find that when they don’t wash their hair, they get acne…” Yeah, that’s me. I also hate oily hair, so I’ll stick with the washing. “I’m a big fan of anti-inflammatory oils,” says Dr. Colbert. “Like argan and pomegranate oil. You don’t need a lot.”

The problem, though, is that on top of my skin being predisposed to dryness, it’s probably my incessant washing. “It’s too much water. Human beings just weren’t meant to wash this much. If you leave your hair wet after the shower, there’s a lot of water seeping in,” he explains. Yep, that’s me. “Then there’s shake and bake. You wash your hair and then burn your hair follicles with a hair dryer. When you dry your hair, put it on the cool mode and hold it away from your hair.”

As far as shampoo goes, “Tar shampoo is really helpful,” says Colbert. And it’s true. The most dramatic fix I’ve ever seen was when my dandruff was at its all-time worst after traveling and not using anti-dandruff shampoo—I used Neutrogena T/Gel Shampoo, which has 0.5 percent tar in it. After the first time using it, my flakes were gone. “These over-the-counter medical ingredients are natural—tar is organic. Zinc shampoo is organic. Tea tree will also work on some people. Even olive oil works. Avoid shampoos that strip your hair—you can squeaky-clean your way to dandruff. Gentle shampoos like Free & Clear have no fragrance, and fragrance can be a real irritant.”

One thing that Dr. Colbert advises that I’ve taken to heart—along with consistently using shampoos with anti-inflammatory ingredients (I still haven’t gone as far as altering my diet, although fish oil is a nice thought)—is to use a super-absorbent towel to dry your hair after washing. This means not as much water is evaporating off my scalp, which dries it out. And it also means I can continue not owning a blowdryer (don’t tell my beauty editor friends!).

So, dandruff. Turns out, if you don’t have a medically diagnosable problem—as with most annoying things like hormonal acne, cellulite, and grey hairs—it’s actually no big deal. And, dum-dum-dum-dum, we can talk about it! So with that, and a lifetime of experience of dealing with dandruff, these are the products—shampoos, brushes, towels, oils—that actually make a difference for me.