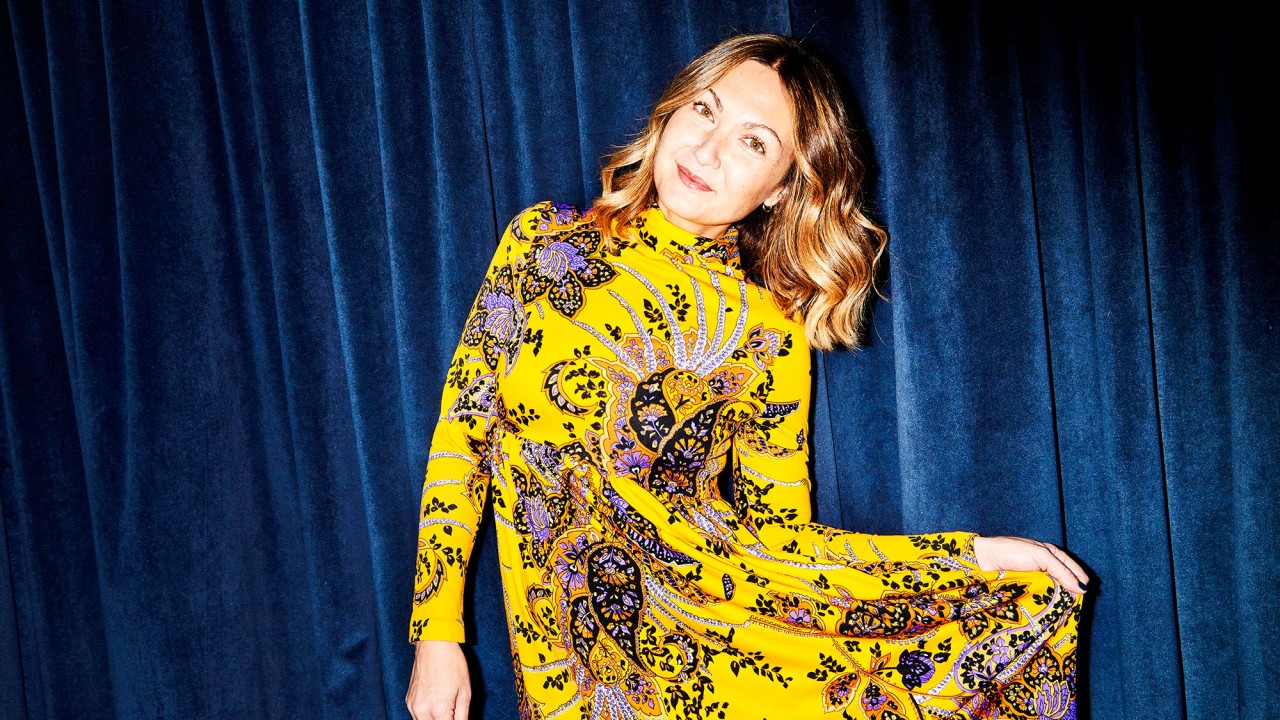 4 Ways to Nail French Style on Your Wedding Day

If there’s one task on a bride’s to-do list that’s rife with anxiety, it’s finding the dress. Even if she’s the type of bride who has been planning every. single. last. detail. well before she’s even engaged. But French designer Delphine Manivet, whose own struggle to find a wedding dress to suit her fashion-forward inclination led to her bridal collection (and eventually expanded into eveningwear...and creating a “bird dress” for Lady Gaga, and launching her e-comm site!), is making the whole process much less terrifying. You see, Manivet’s couture creations—think delicate French lace embroideries and reimagined vintage silhouettes—are uncontrived and embody that Parisian ease that’s so hard to emulate. And so, we had her outline the four things French women consider when it comes to the most important dress they’ll ever wear. 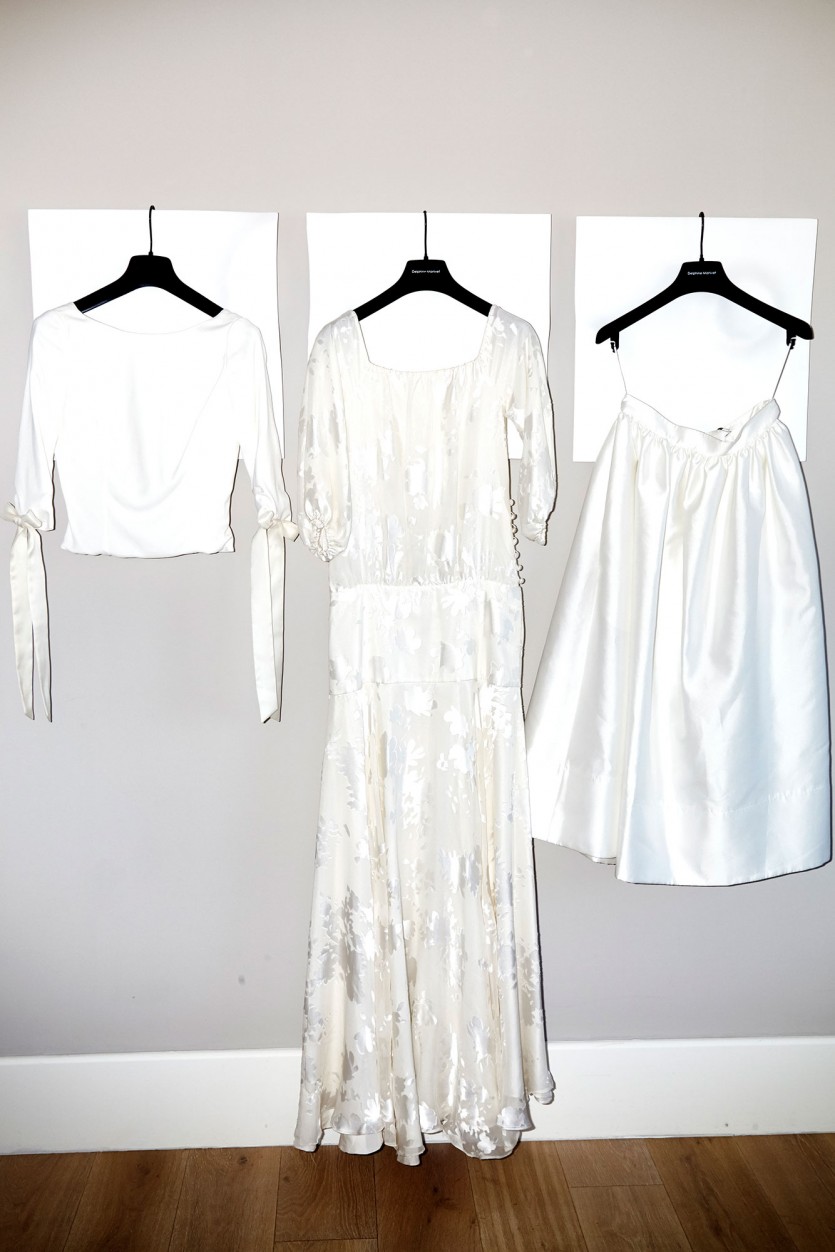 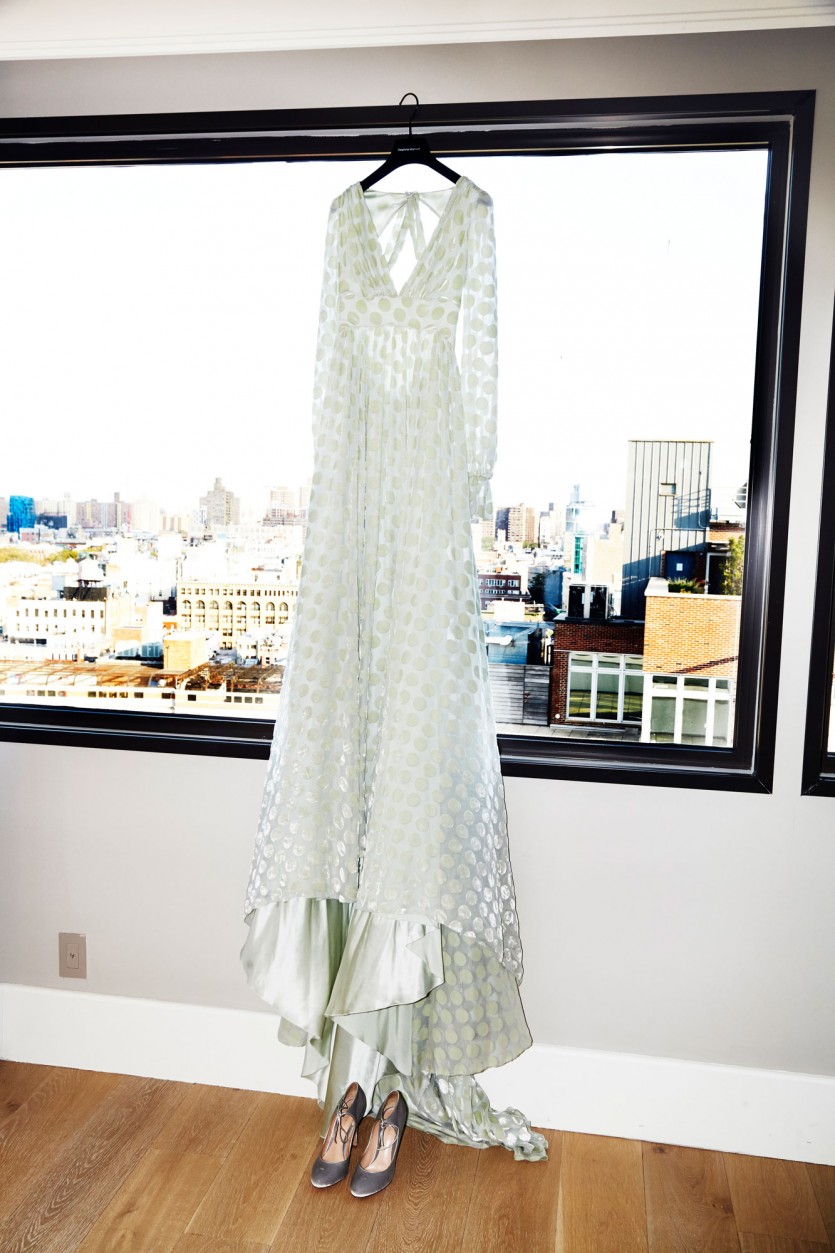 “My new collection is very Parisian with a bit of bohemian-style chill. I come from couture, so I love beautiful things and beautiful fabrics. I really love cotton and a mix of cotton and silk. One of my favorite fabrics for bridal is lace. I have a great partnership with a fantastic lace maker in France. Unfortunately, they’re going to disappear at some point—I’m the last generation, so I’ll try to keep it alive. I want to make sure our daughters find something in our closets—I love vintage, I find incredibly beautiful stuff. But I wonder, well, in two generations, what will our daughters find?” 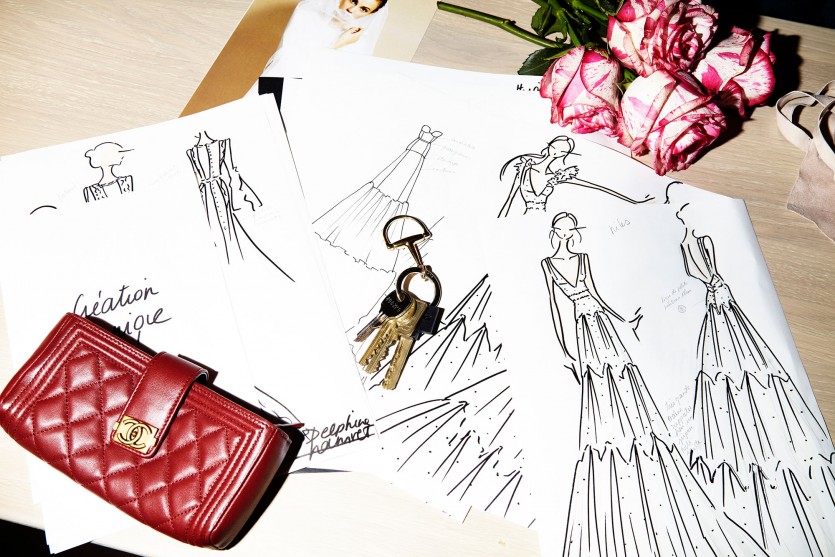 “I love all the history behind the wedding—the history of the woman. I’m a feminist—I love women, and I fight to make the life of my daughter very nice. I think clothes are a very good way to fight.

“In the 18th century, wearing a feather on the right or on the left side meant, for example, that you did not agree with the king. Women couldn’t speak, so they used color, fabric, hats, and accessories to express themselves. I like this idea of expressing yourself with something you wear. A bride doesn’t make a speech, she’s just here with a dress. Like a celebrity at a premiere of a movie, I’m here to help her tell that story through the dress.” 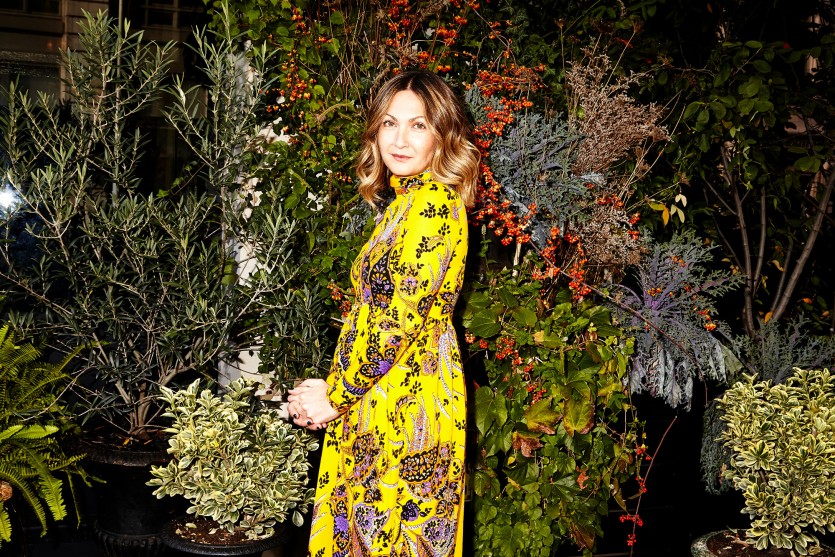 “My brides are super cool and confident—they know themselves, they don’t want to make a super-big deal about anything. They don’t want to look like they’re trying to be a princess, even if they are. That idea is much more complex. Like, for instance, natural makeup is much more complex than very sophisticated makeup. My brides want the guest to imagine they just picked the dress, like *poof*, we’re in it, and it’s awesome, without preparing. This is the chic, French way—to not show the preparation.” 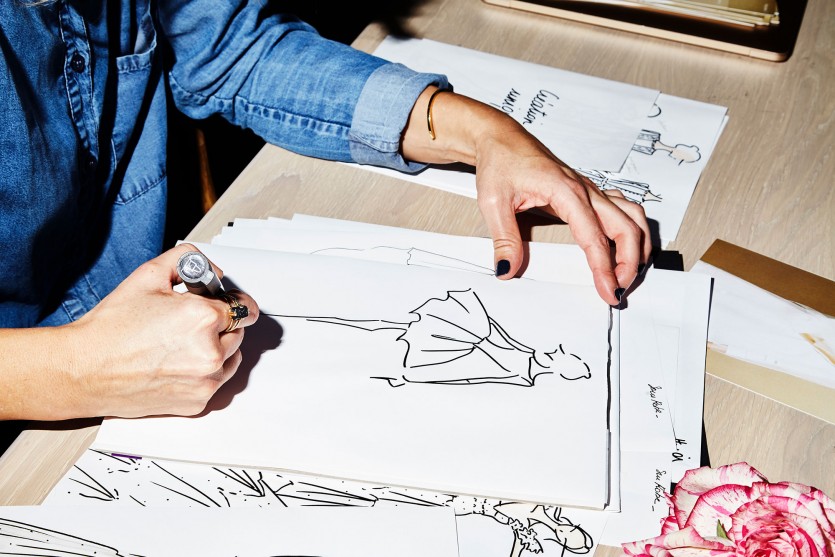 “I don’t like the idea [of following rules, like] if you have red hair you have to wear ivory; if you’re big, you have to wear a corset; if you’re tall, you have to wear ‘that’... It’s complete shit. I mean, generally, it’s the contrary. On a very round girl, I will put the contrary of a corset, because if everything is out and she’s uncomfortable, it’s quite vulgar. That idea [of following those rules] never works for me. When you have good fabric and the right color, a girl doesn’t need any kind of makeup. I love that the dress underlines the natural beauty of the girl and she doesn’t need to wear much else. When you have a really spectacular dress on that fits you (not spectacular in general, but was made for you), you don’t need anything else.”