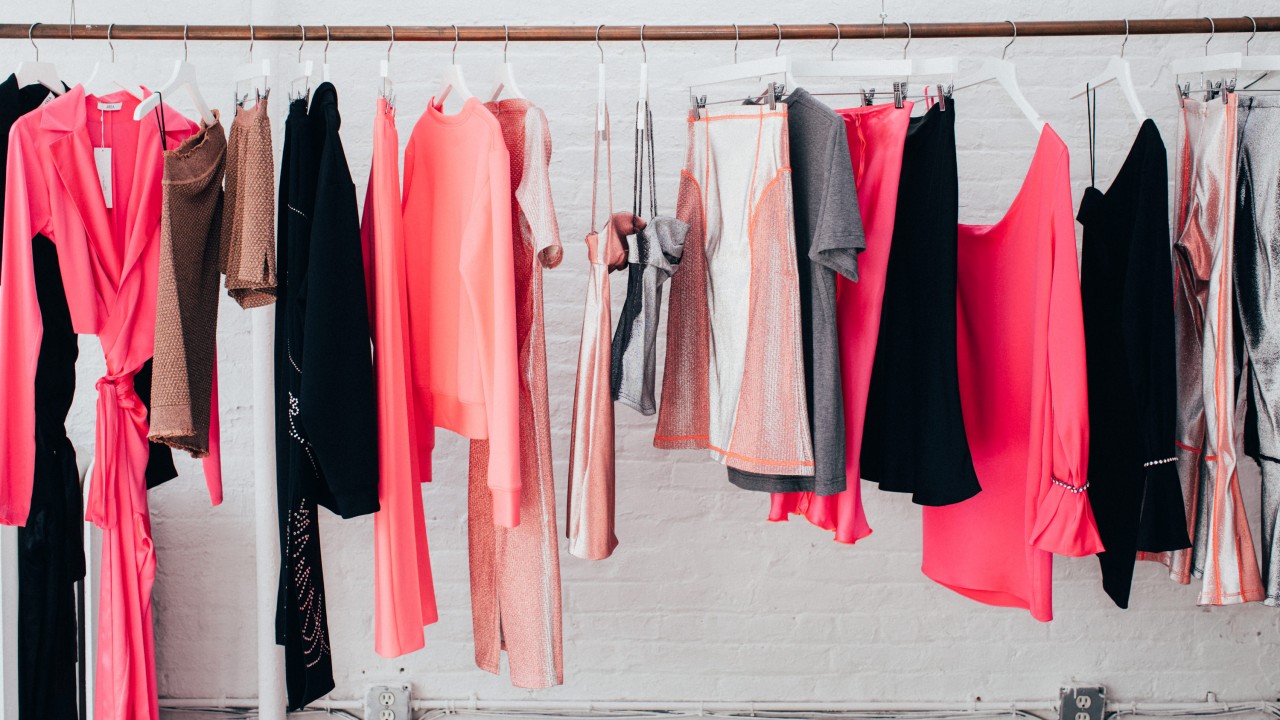 When you Google AREA, a lot of things come up. A definition, an equation, real estate listings, and multiple math-is-fun websites.

Piotrek Panszczyk and Beckett Fogg, founders and designers of NYC clothing brand AREA, don’t mind that equations may come up when you’re trying to search for their designs; they feel there’s something magical in the obscurity. They like the thought of someone looking for beauty through design and stumbling across logic in numbers instead. For those who happen to come across words instead of math on Google, the first definition of “area” is: a region or part of a town, a country or the world. Ironically, AREA doesn’t feel like a space that exists anywhere. Instead it feels like a shimmery disco daydream complete with rhinestone-embellished t-shirts, lucite earrings with suspended glitter, and a wooly red bralet (worn over a t-shirt that reads “J’aime DRAMA”). 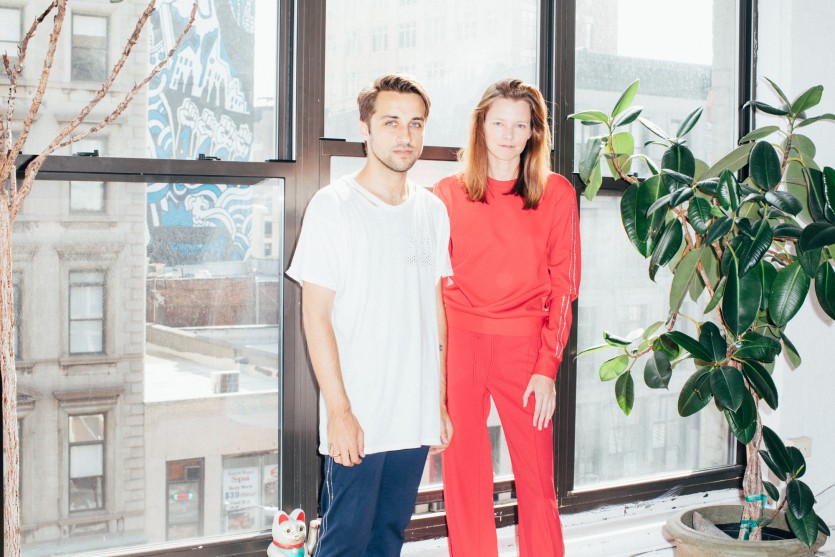 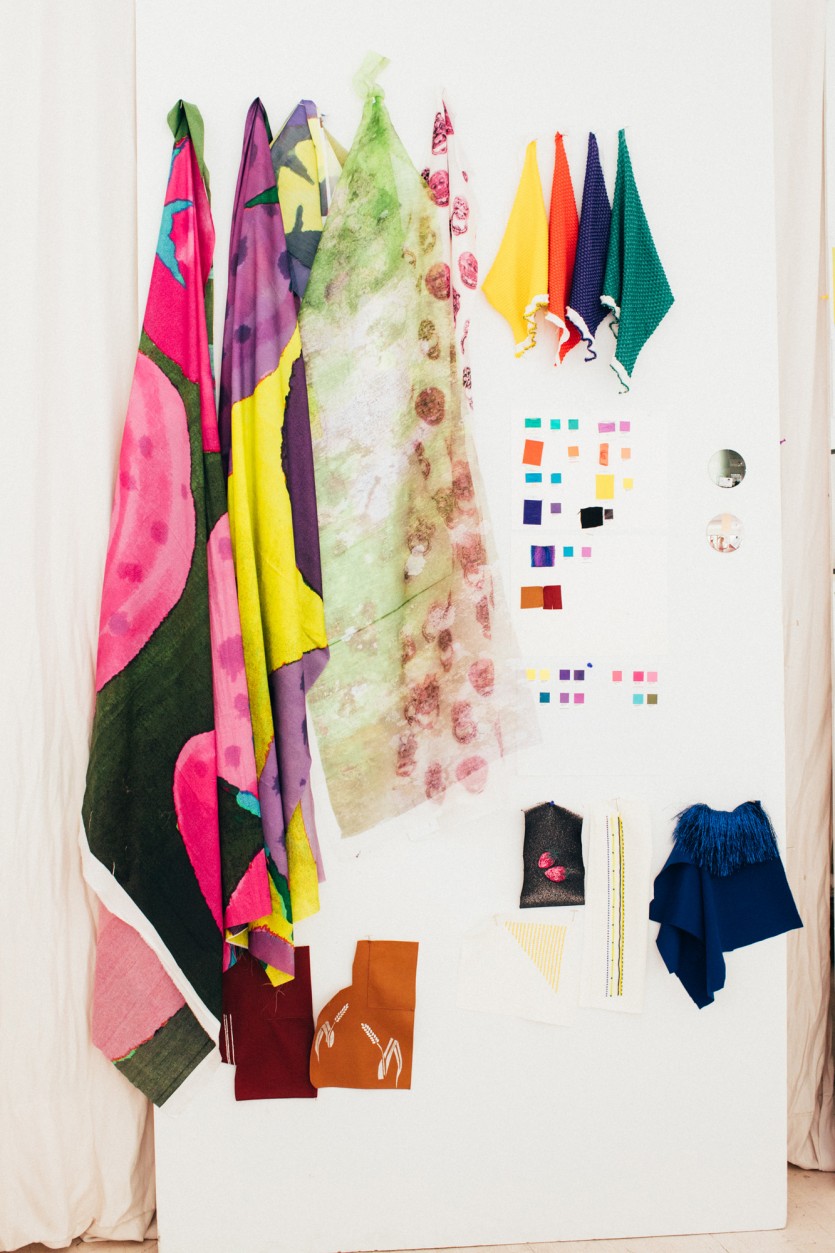 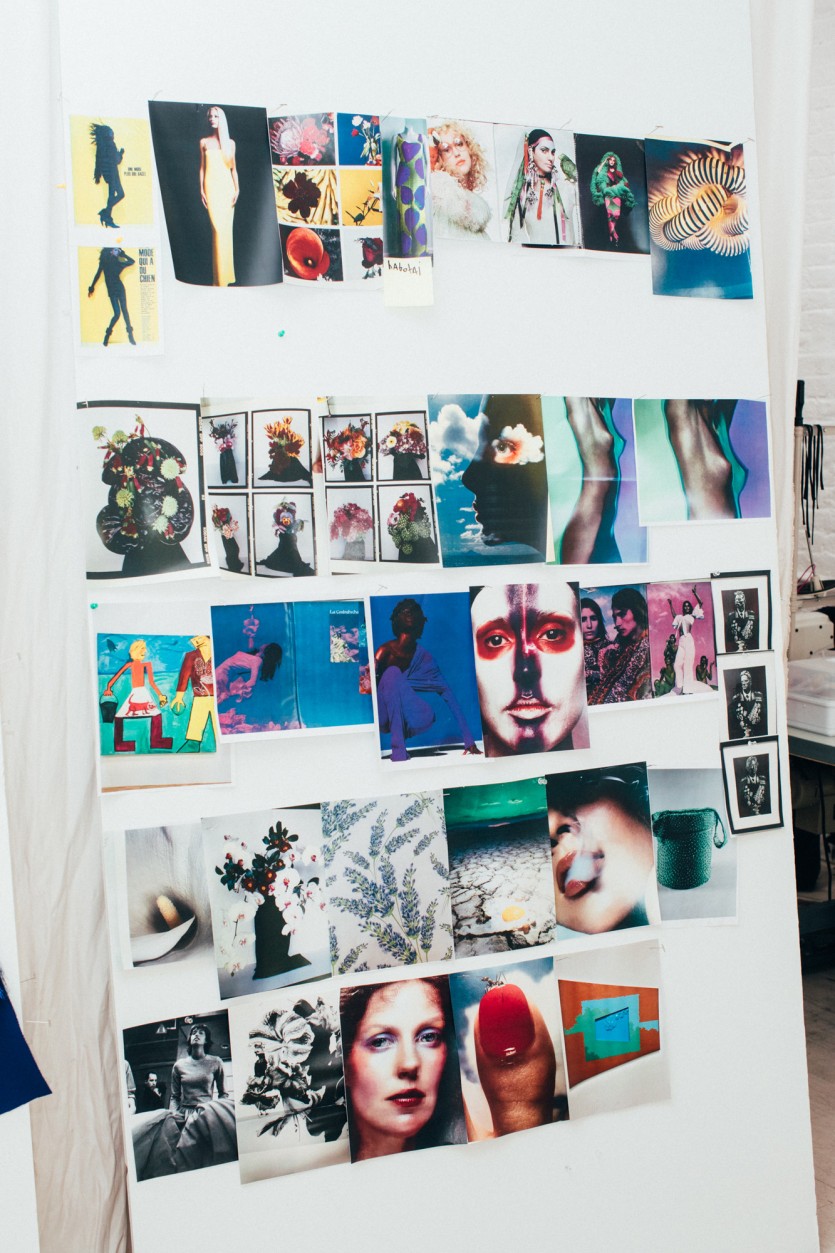 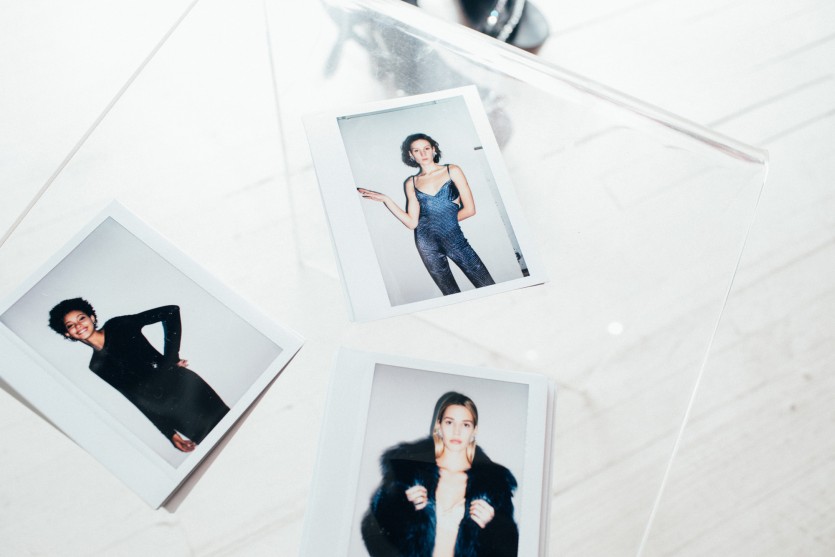 “AREA represented a blank space, a starting point that you can build on. That is how we view garments, it’s how we view silhouette,” says Fogg. The line was evidently made with a love of textiles, and every season, Panszczyk and Fogg find a way to incorporate a new textural element into the collection. This season, they’re working with patterns for the first time, but true to form, the print was inspired by a pixelated version of a photo Fogg took in Florida one summer. 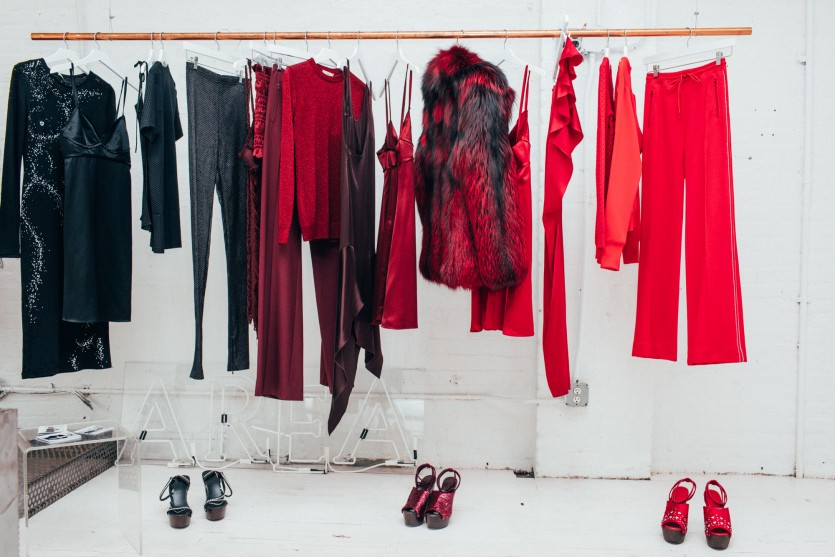 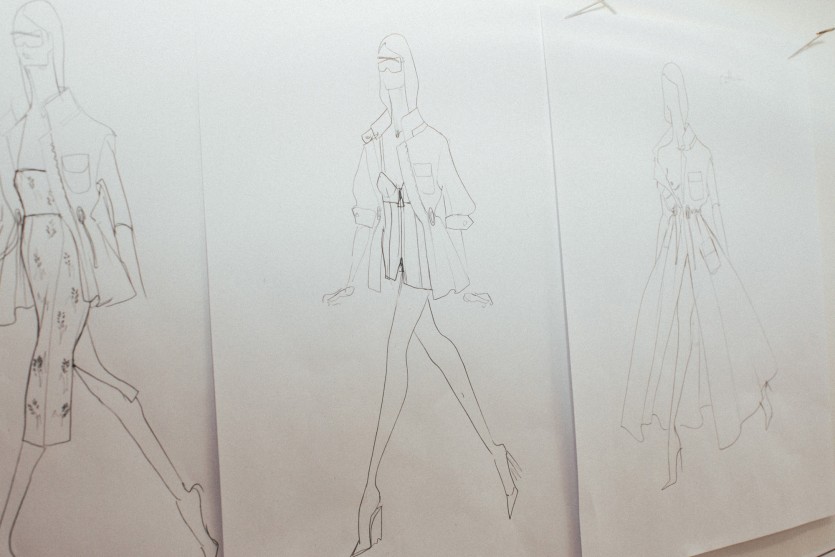 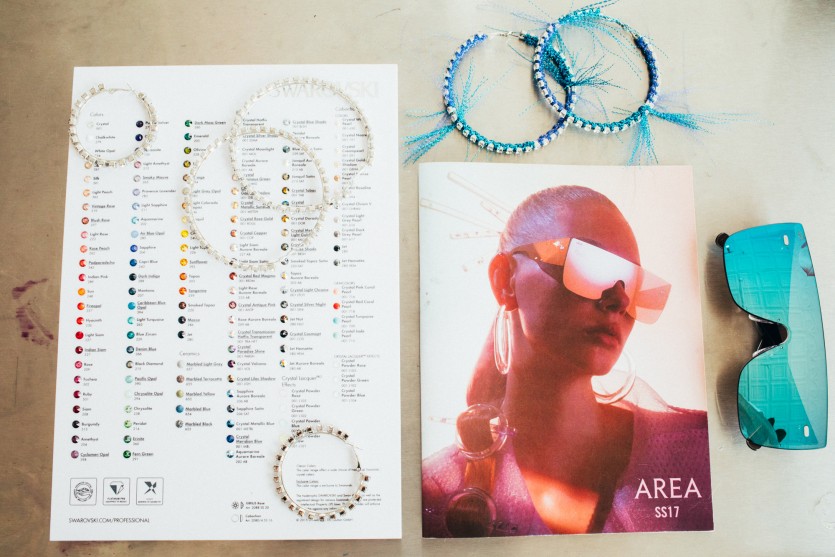 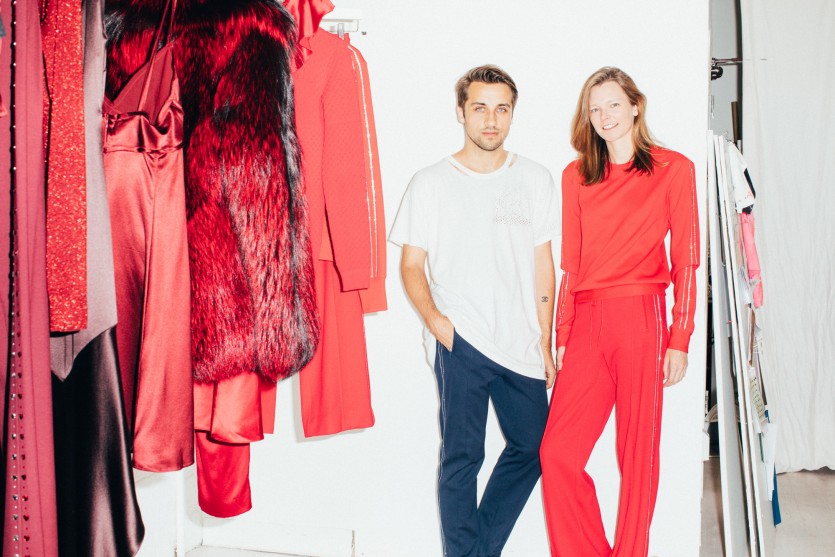 “When we do our lookbooks, we want people to get immersed into a new world, or even recognize things they might have seen already and take them on a new spin.” Panszczyk trails off, his eyes scanning their collection, sparkling with their signature rhinestone embellishments.  “...The optical illusion of the light hitting the crystal, if you do it right it can be so beautiful.”

AREA is a fantasy, a dream, another place entirely. “I’m from Poland, Beckett is from Kentucky. We’re not from Paris, we’re not from New York. We’re from completely different places, but we both had this idea of what glamour was and what glamour is. We are always questioning bad and good taste. What it even means for different people.” Even if Panszczyk and Fogg try to nail down the balance between the good, the bad, and the bedazzled, they likely won’t. But then again, that’s the greatest thing about what they do—AREA can’t be defined.