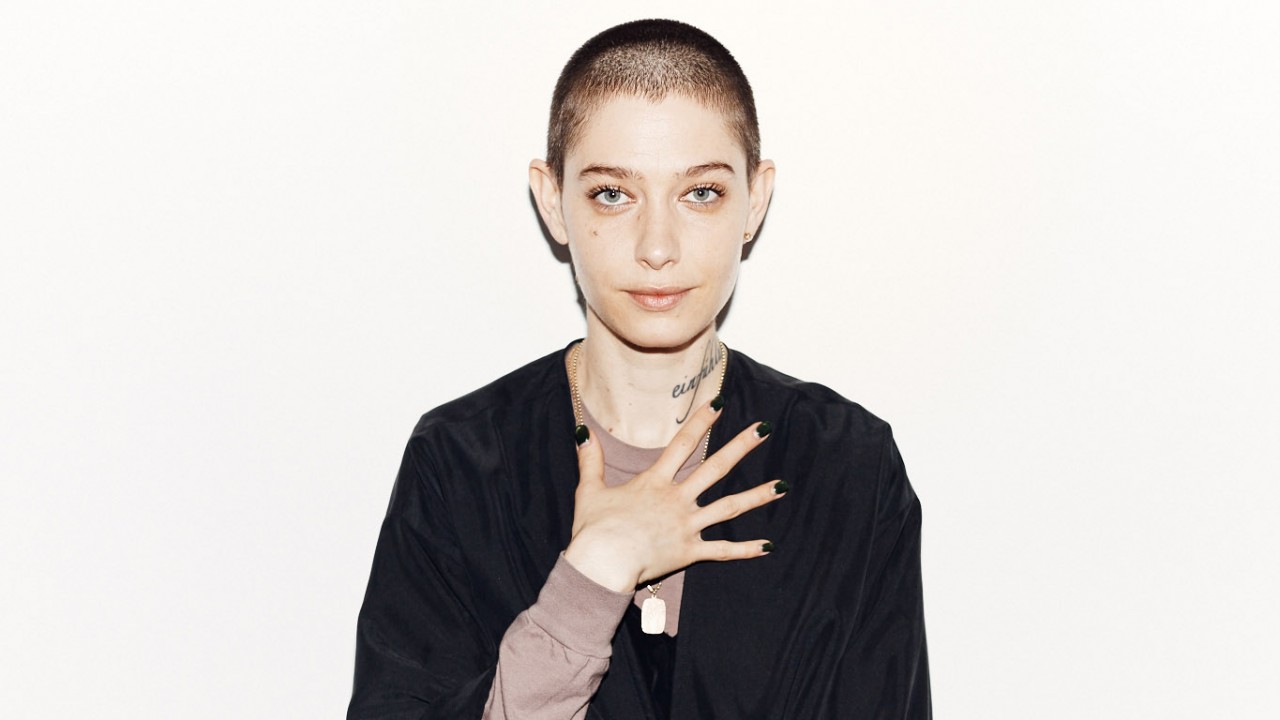 Could Asia Kate Dillon Be the Next James Bond?

The non-binary Billions and OITNB star explores the idea, while touching on dress codes, empathy, and world acceptance.

Asia Kate Dillon is a thinker, taking their time answering questions, pausing, choosing words carefully—especially when it comes to talking about their career.

“I believe very strongly in the power of manifestation and what I put out into the universe,” Asia reveals, before stating that all their work should be uplifting, and that they’d love to do action and sci-fi films. “I love the idea of exploring stereotypical hyper-masculine roles. James Bond would be a good example. Whether or not that character can only exist because he is misogynistic and hyper-masculine, or if you can have that character, but remove those aspects and have them played by a non-binary person. I’m intrigued by the possibilities when it comes to things like that.”

There’s no doubt Asia would make a spectacular James Bond. The star, whom you might recognize from both Billions (as Taylor) and Orange Is the New Black (as Brandy), is already breaking boundaries, identifying as non-binary rather than a man or a woman. They even presented the first gender-neutral award at this year’s MTV Movie & TV Awards, bringing up another question: Is the world becoming more accepting?

“I think people receive my message of being non-binary and [viewing] gender identity as a spectrum better because I’m white, was assigned female at birth and on a super popular television show,” Asia answers honestly. “My friends who were assigned male at birth, people of color, particularly those who identify as femme, have an incredibly hard time. They are ostracized, and there are very few safe spaces for them. I’m grateful for my visibility and the conversations that are happening now.” 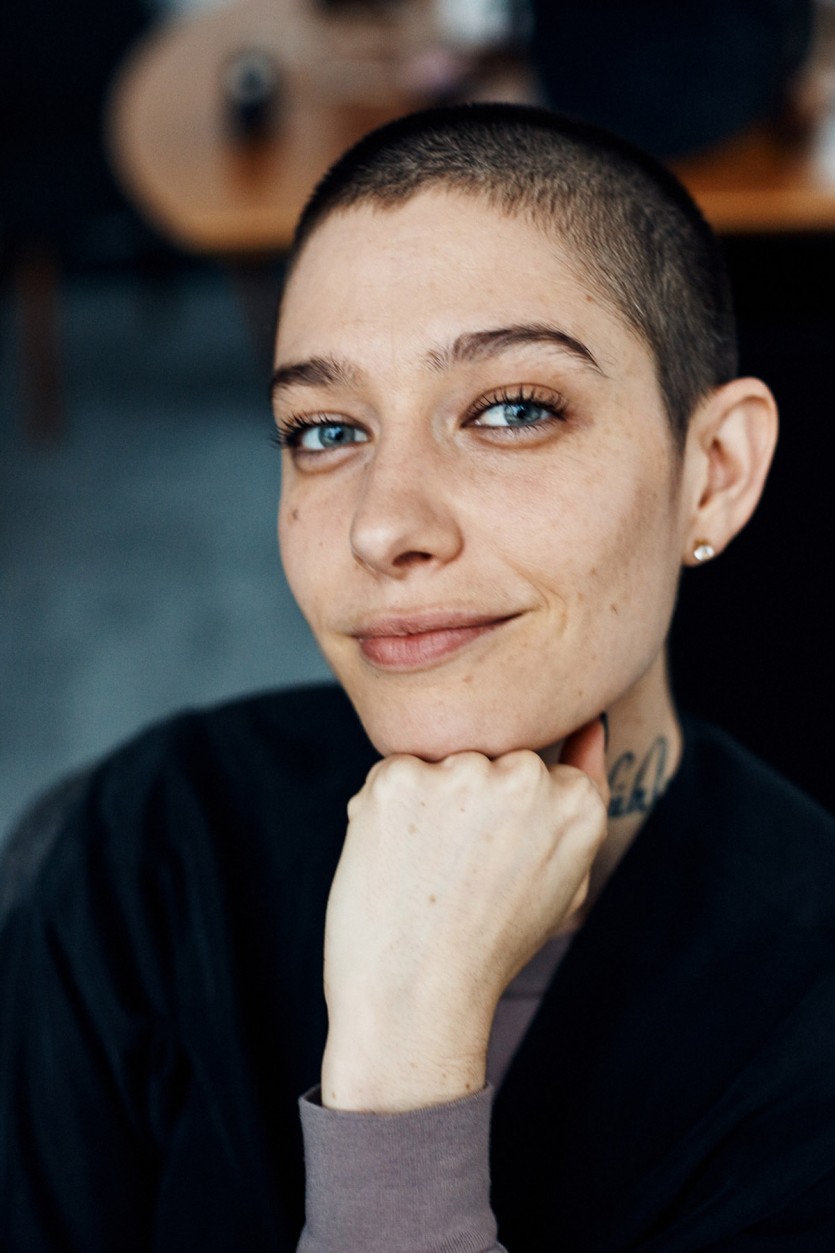 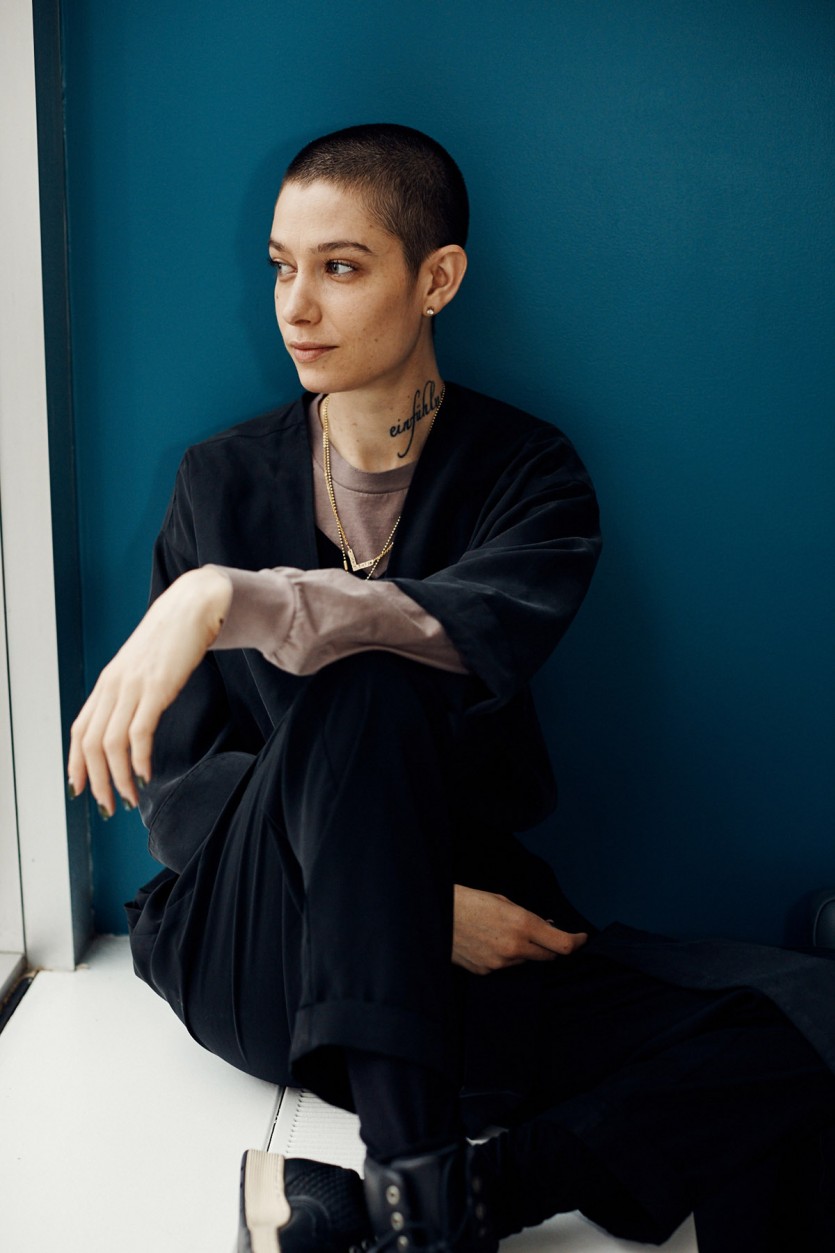 Asia is someone who not only enjoys participating in these conversations, but starting them, even using social media as a tool to do so. Earlier this year, after taking issue with a spa’s dress code, they posted the story to Instagram, highlighting the struggle non-binary people have when it comes to bathing suits.

“My partner and I were in Oregon looking for a place to do a spa day, and we called this one place to ask about their clothing policies,” Asia explains, adding that women’s suits are gendering, very sexualized, and that they prefer going topless. “They [told us] it’s based on sex, so if you were assigned female at birth, you have to cover up your top and your bottom.”

The couple later found a location that catered to everyone, with different times that allowed different degrees of clothing. But their story didn’t come without a lesson: “We have had plenty of safe spaces for the binary. It’s time to have more spaces for the non-binary.”

Our conversation about swimsuits led to another about clothing and what Asia’s day-to-day style is like. “If I can feel like I’m wearing pajamas but look like I’m wearing a fashionable outfit, that’s the perfect blend for me,” Asia jokes. “I also really do enjoy mixing traditionally masculine and feminine stuff. I might have my hair like this but be wearing a long, flowing pink dress. Clothes are for everyone, and that juxtaposition is always something I really like.” 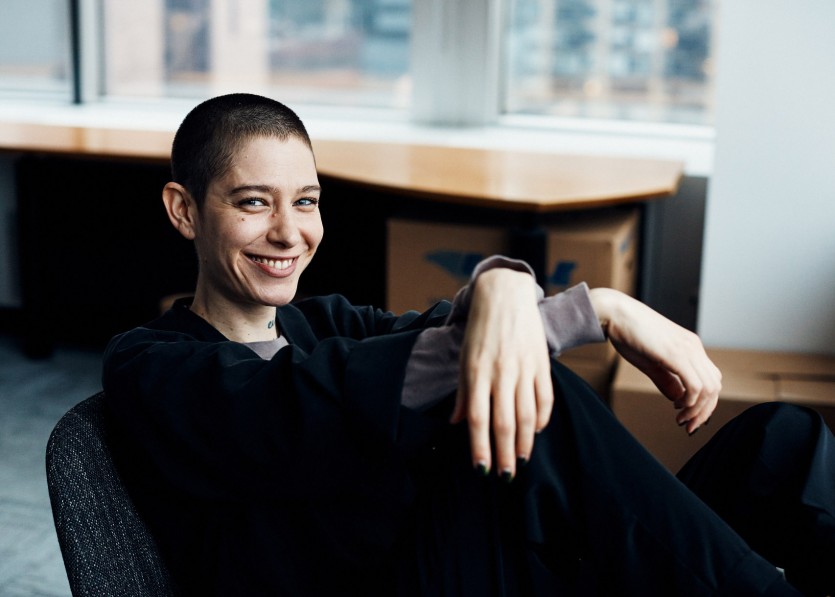 Asia describes themselves as someone who tries to be empathetic and understanding of everyone—qualities that likely come in handy when creating a character. For example, they seem to know Taylor from Billions down to the core, even taking into account things like speech patterns. “Taylor’s brain moves very fast, and [they’re] able to synthesis information at a lightening speed,” Asia says. “In my mind, there is no way that Taylor speaks slowly.”

As for playing a white supremacist on OITNB? It’s challenging, but there’s a level of understanding there, too.

“I’m playing an antagonist in a Black Lives Matter storyline,” Asia says of Brandy. “Those stories are important, and you need an antagonist to tell them. Brandy operates from a place of fear—fear [of] what, exactly, has yet to be determined. Playing someone who operates from a place of fear, covers it up, and projects it in various ways gives me a greater insight into people who are like that. It’s made me more able to listen to someone who has a different experience than me and feels differently than me, without taking it personally. I think [that] ultimately lends itself to the possibility of an actual conversation, which might lead to understanding. It might not, and that’s OK. The conversation is what’s important, I think.”

Yes, Asia Kate Dillon is definitely a thinker. And their thoughts are powerful, conversation-starting, and worth thinking about on your end, too. 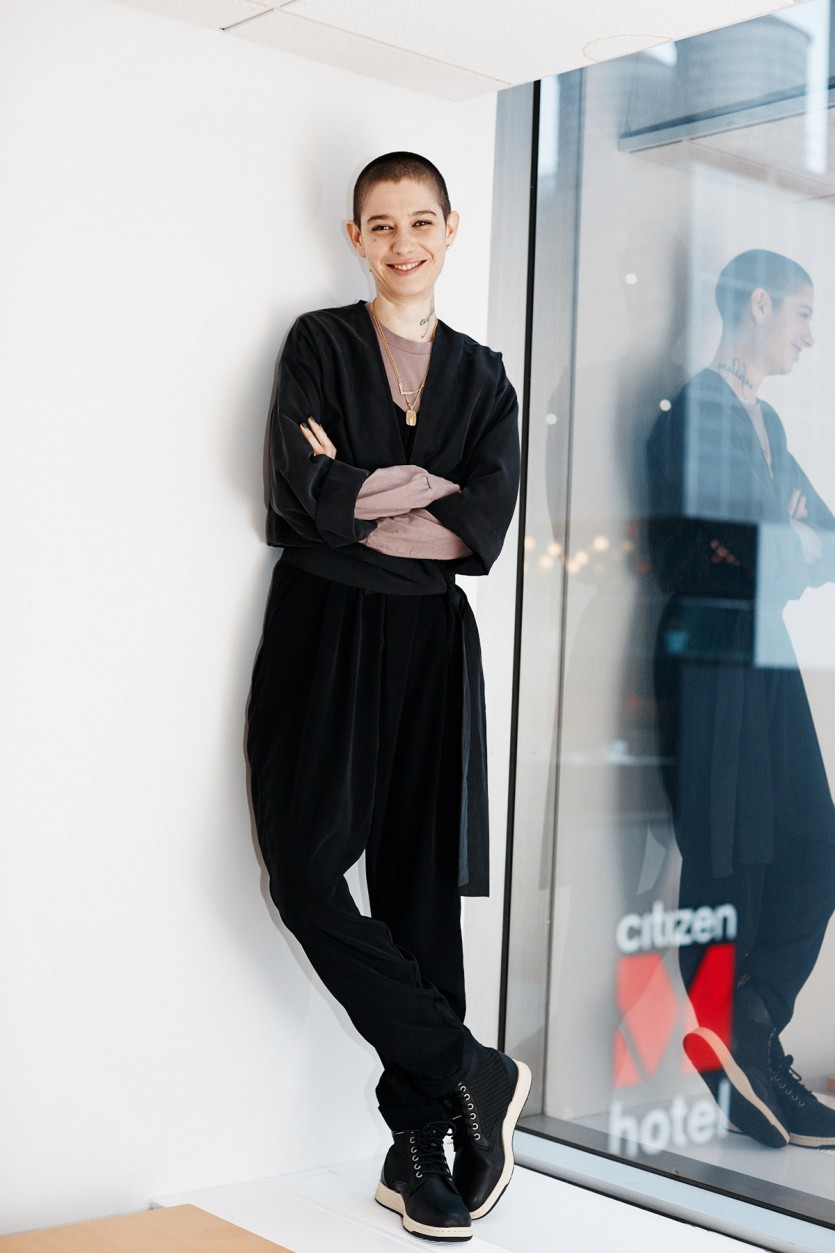 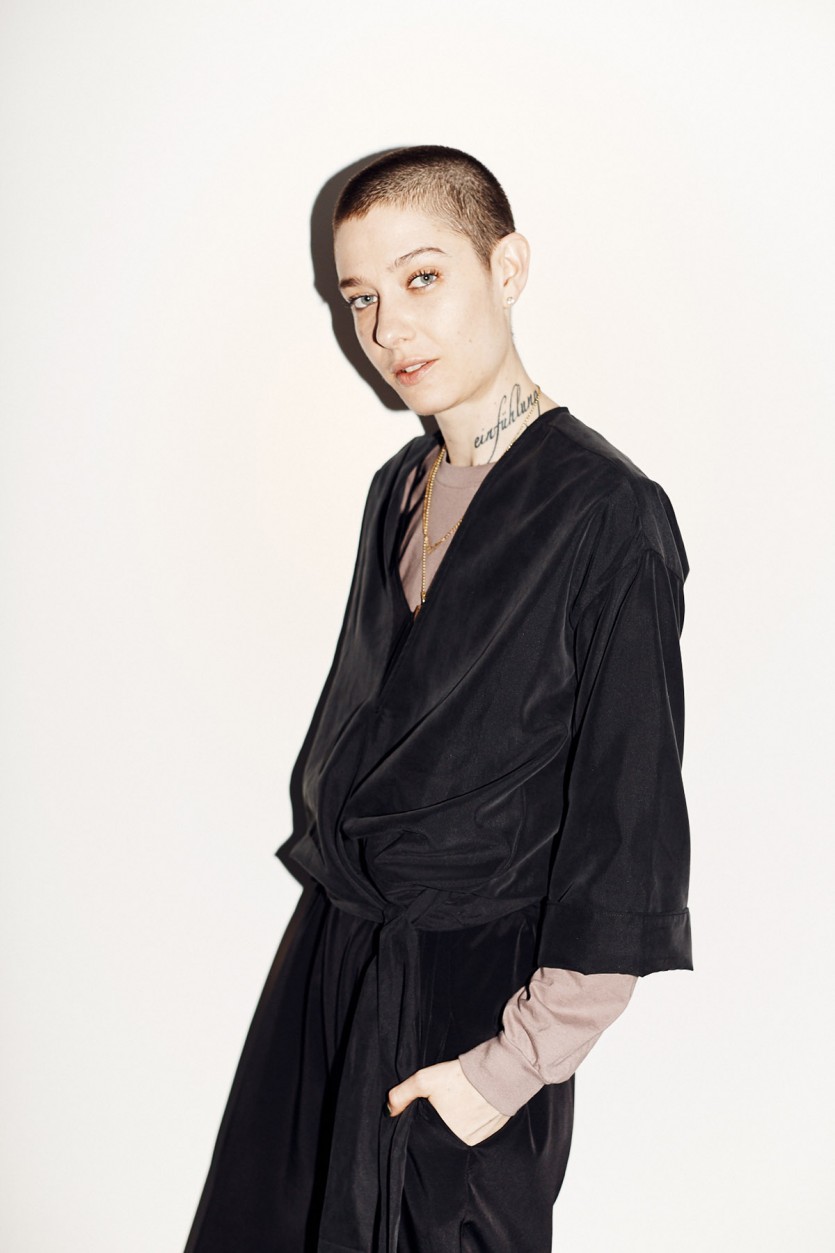