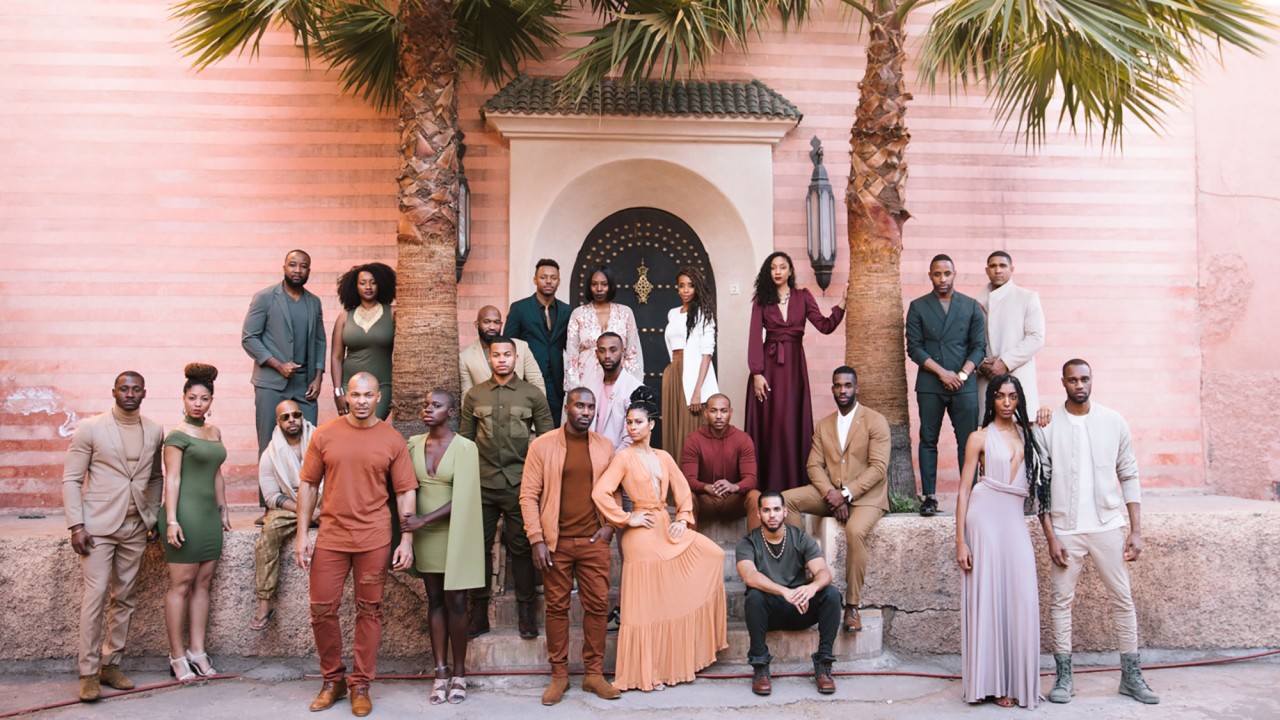 How to Break Instagram with Your Next Group Photo

According to Elton Anderson, Jr., whose IG account is our latest obsession.

The last time most of us snapped a group photo where every person, every detail, and the backdrop looked perfect was never, but such is not the case for Elton Anderson, Jr. The L.A.-based photographer’s Instagram inspires as much photo-taking envy as it does wanderlust, filled with gorgeous pictures of him and his friends everywhere from Havana to Marrakesh. Its popularity has grown to the tune of over 19.3K followers—impressive, given that he didn’t own a camera until 2008.

“I just had dreams of working in corporate America and being a VP of something,” says Anderson, whom we scheduled a call with shortly after discovering—and stalking—his IG page. The Florida A&M University alum was on that route, working for Pfizer, when he won a camera through an office giveaway. “I’d never had a camera my entire life; I’d never been interested in photography. And when I won [that] camera, it just opened up a whole new world.”

That same year Anderson experienced two more firsts—getting his passport, and traveling outside of the country. “The buzz hit me, and not only did I quit my job and become a full-time photographer in 2009, I also started becoming a full-time traveler as well,” he says. “That’s where I’m at today.”

Professionally, Anderson has spent the past few years shooting the likes of Issa Rae, Diddy, and Kendrick Lamar for various editorials and campaigns, in addition to overseeing Creators of Color, a platform he founded to celebrate the entertainment industry’s black behind-the-scenes talent, including casting directors, wardrobe stylists, and camera operators. Personally, he’s traveled extensively with his friends, producing exquisite photo shoots at various far-flung locations.

“These trips are very ambitious,” Anderson says. “That’s the easiest way I can put it.” While chatting with the Detroit native, we learned that he and his friends rely on a combination of incredible flight deals, logistical spreadsheets, and wardrobe style guides to pull off their shoots. So yes, ambitious, but totally worth it.

“There are so many negative images of African Americans and people of color on TV and the internet,” Anderson says. “If I can add to the positive images of black people—of my people—then I think I’m doing something right.”

Ahead, Anderson shares the stories behind some of his most notable group shots to date, plus his tips for documenting a beautiful trip yourself.

“We have this thing called the Style Guide, and it’s the most anticipated piece of the trip-planning. I typically work with my best friend, Apuje Kalu, who is a fashion stylist. We’ll find an ad that we like, and we’ll create the guide [based off it]. In Brazil we were [visiting] floral gardens, so we pulled from Dolce & Gabbana’s spring 2014 looks, which are mostly florals.”
Photo: Courtesy of Instagram/@eltonandersonjr

“For the Style Guide, I’ll have examples and color palettes, and it’ll say, ‘These are the color palettes [to] pick from... This is the kind of tailoring you need to get... We’re having all the men wear blazers and the women in layers,’ or whatever it is. We put that together, and we send it out to everybody that’s coming.”
Photo: Courtesy of Instagram/@eltonandersonjr

“[This] was in 2015. I wanted to go camping for my birthday...and re-enact some of the ads that I was inspired by with my friends, who happen to be mostly people of color. That’s where the idea came from—from Ralph Lauren and Tommy Hilfiger ads.”
Photo: Courtesy of Instagram/@eltonandersonjr

“[This] was a New Year’s trip to Los Cabos... It was us going into the New Year fresh and naked and vulnerable. We spend so much time putting together style guides and dressing up. We just wanted to strip down and say, ‘Hey, we’re just going into [the new year] as our true selves—just raw, just ready for what 2017 brings us!’”
Photo: Courtesy of Instagram/@eltonandersonjr

“Cuba was my friend Jessica Nabongo’s birthday trip. She and I travel a lot... She has a company called Global Jet Black, and she plans group trips for a living. With Cuba, we just wanted to play off of the colors and the brightness of that beautiful country.”
Photo: Courtesy of Instagram/@thecatchmeifyoucan

“The reason why [so many people made it to] Morocco was because we found round-trip tickets from pretty much anywhere in the U.S. on Delta for about $450. So Jessica sent out a mass email saying, ‘Buy these Morocco flights right now—these are the dates!’”
Photo: Courtesy of Instagram/@eltonandersonjr

“In terms of money, another tip is to try to collect everything up front. I put people on payment plans, and I send out these spreadsheets that have major fees and formulas. That’s where I use my business acumen that I learned in college.”
Photo: Courtesy of Instagram/@eltonandersonjr

“One of the biggest parts of going to Morocco for me was to hit the ‘blue city,’ Chefchaouen. This is going to sound really corny, but I looked at a color wheel. Remember color wheels from middle school art? I [thought] it would be cool to have a lot of guys in blue, and if you look on the color wheel, the opposing color to blue is like golden yellow. I was like, ‘OK, that’ll be perfect.’ So in the style guide I said boys in blue and girls in gold.”
Photo: Courtesy of Instagram/@eltonandersonjr

“Personally, I’m a Canon man. I use a Canon 5D Mark IV, and the lens that I prefer—with so many people you have to use something with a little wide angle on it—is the Canon 24–70mm F/2.8.”
Photo: Courtesy of Instagram/@eltonandersonjr

“I hope [these pictures] can inspire people... I get so, so, so much positive feedback. It’s really, really fulfilling for me to see other people get their best friends together to travel and see the world and take beautiful images, because at the end of the day, that’s what it’s all about.”
Photo: Courtesy of Instagram/@eltonandersonjr

If You Were Looking for a Reason to Go to Bali, Make It This
A Fashion Insider’s Guide to Tokyo
A Cake-Filled Trip to Prague and Vienna We All Deserve