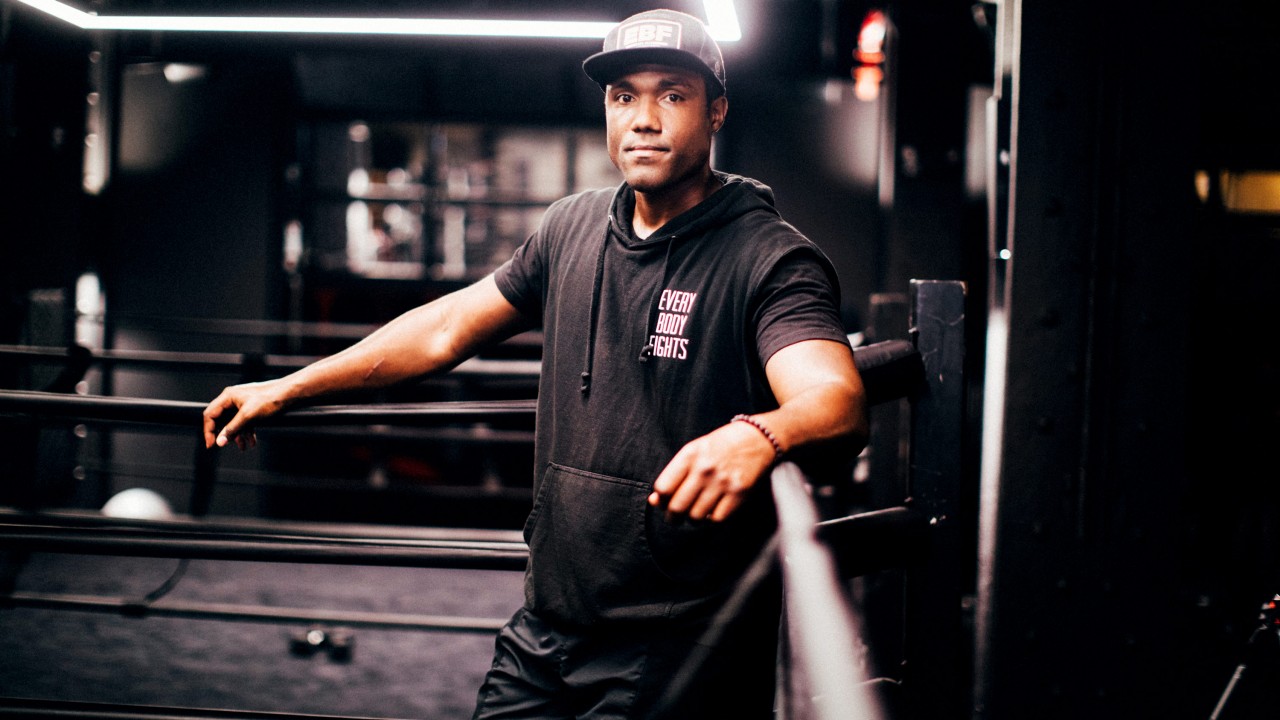 The founder of EverybodyFights talks working with his dad, opening his own gym, and that time he was on an E! reality show.

We’re not new to being fluent in all things pop culture. It’s a *skill* that we’ve been honing for the better part of our lives, which is why George Foreman III landed on our radar long before he opened his boxing gym, EverybodyFights in Boston, which he recently expanded to NYC. Our first introduction came via Filthy Rich Cattle Drive, an E! reality show Foreman starred in alongside Kourtney Kardashian and other well-off twentysomethings in 2006. “The whole premise was to throw spoiled rich kids on a ranch, make them push cattle, and see what happened,” Foreman told us when we visited his underground Midtown gym, “but I grew up on a ranch. I know how to ride horses; I’ve delivered cows.”

At the time, the Humble, Texas, native was working as his father’s manager, leveraging the success from a grill you (and everyone you know) probably owned at some point. He transferred from Pepperdine University to Rice in Houston for the role, which entailed doing “all the grunt work,” as he puts it, for his father’s various commercials, talks, book deals, and business ventures. “I made it so that all my dad had to do was show up, smile, do his work, and go home,” Foreman says. “I handled everything in between—coordinating with lawyers and accountants, negotiating the deals, and managing everything in his personal life as well.” It was quite different from what he’d always envisioned himself doing. 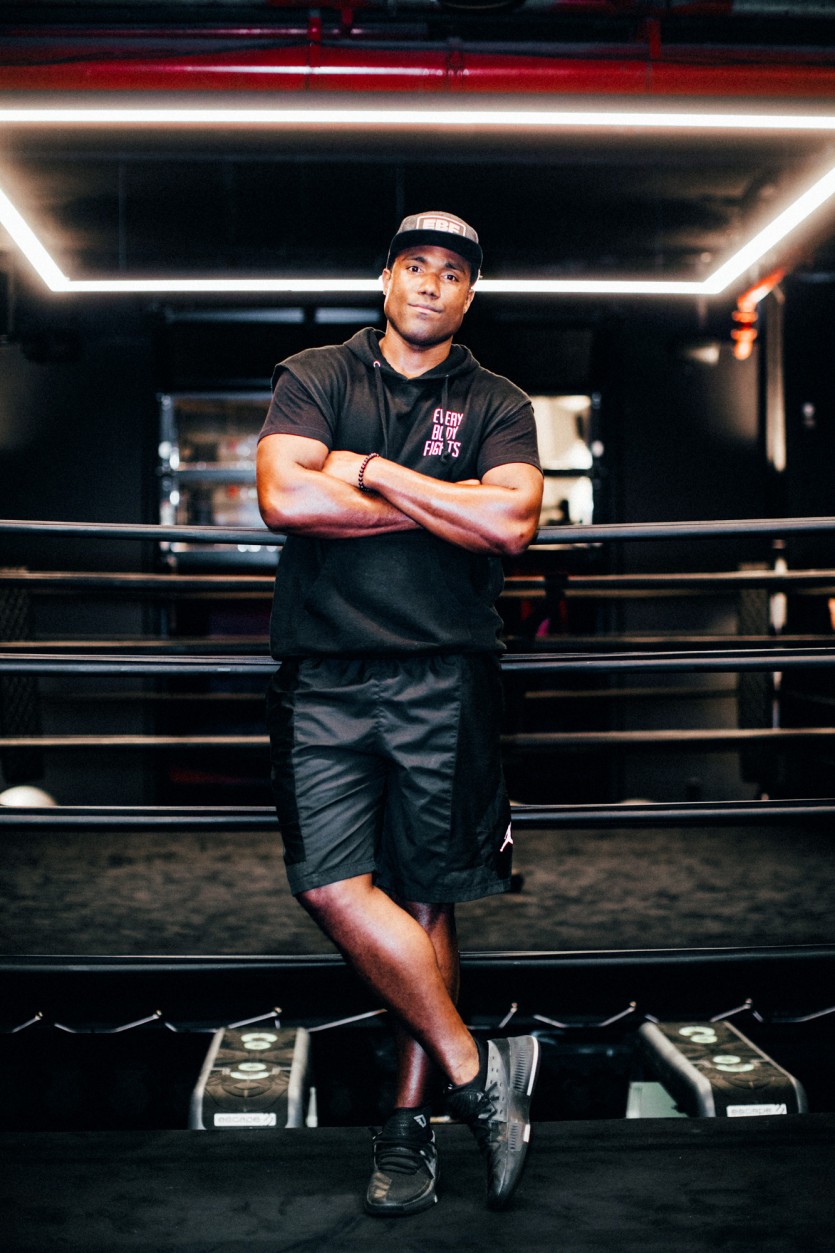 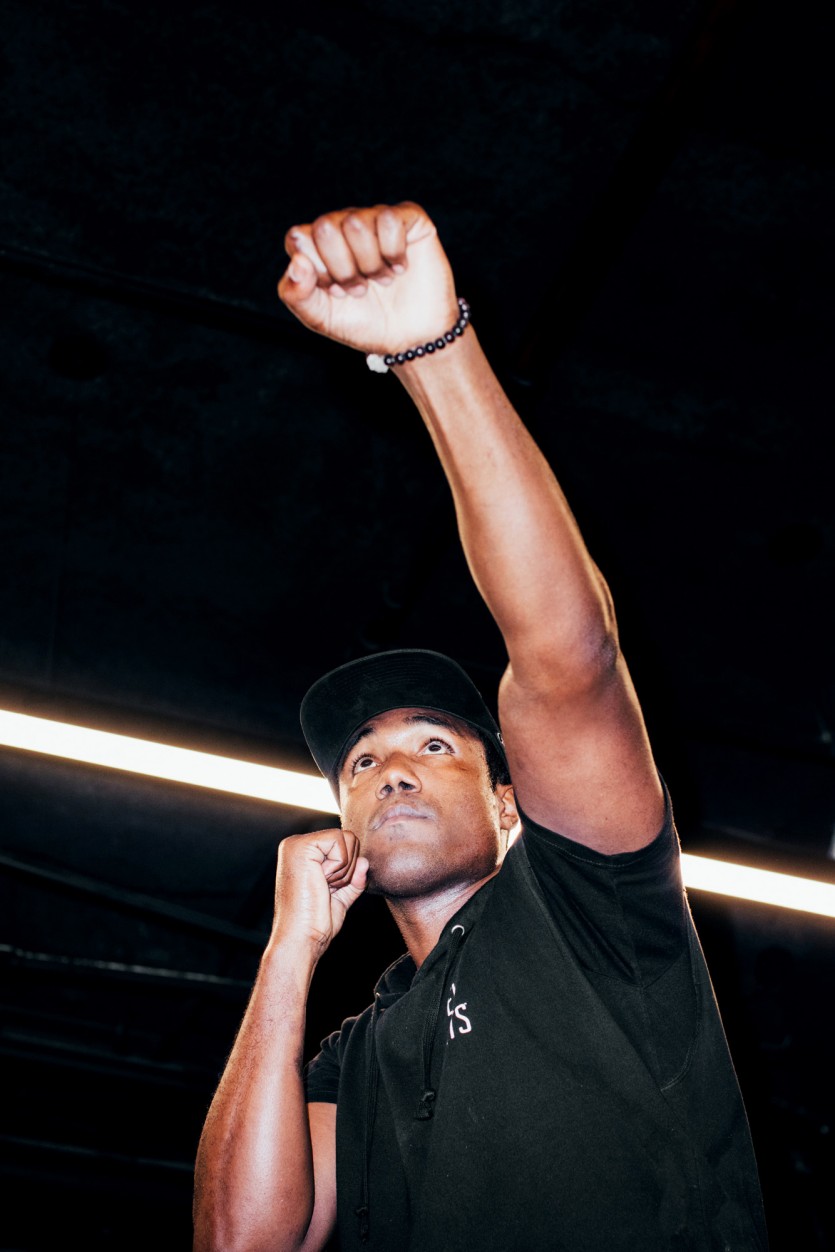 “It was my dream to [either] be a stockbroker or a pilot for the air force,” he says. “I went to a recruiting program for the Air Force Academy, and they told me my sitting height was too tall to be first up for the types of planes I wanted to fly, so I said, ‘All right, I’m just going to be a stockbroker.’ That all changed, obviously [laughs].”

While managing his father, he took up boxing—partially to get in shape, and partially to silence his brothers (who often joked that he wasn’t an athlete) by winning a fight. He trained by himself for a year before his father started coaching him and he decided to go pro. “It was never about having a career, it was about having one fight,” Foreman says. “But my dad and I enjoyed what we were doing so much. It was a way for him to stay involved in boxing, which is his passion, and it was a good father-son experience.”

Shortly after retiring in 2012 (with a 16-0 record), Foreman went to Boston to visit his childhood friend Anthony Rich, who told him he would “crush it” if he ever decided to open a gym there. Ten days later, Foreman was living in Boston full-time, and he and Rich were working on the business plan for EverybodyFights. 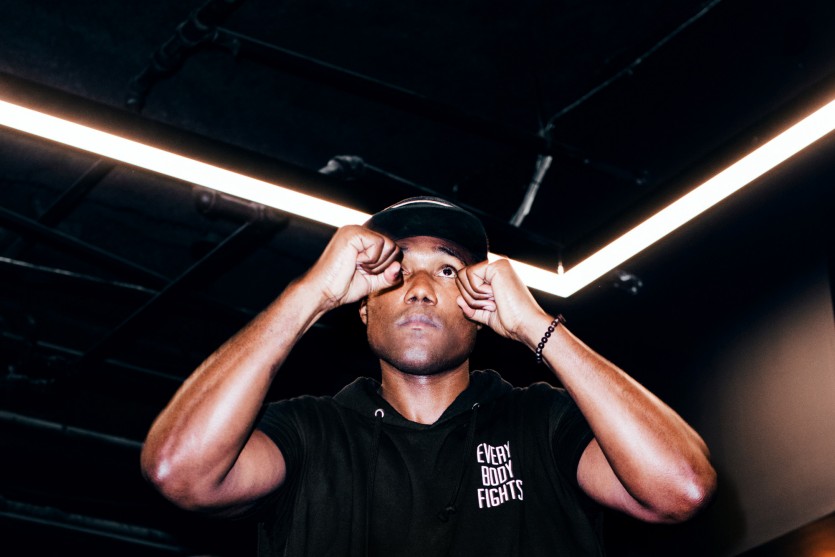 The gym opened in the Seaport neighborhood in 2014, immediately generating a buzz and garnering accolades within the Boston fitness community. Foreman attributes the success not to members shedding tons of weight or undergoing extreme body transformations, but rather to how people feel when they step inside. “We focus a lot on creating an environment where people want to hang out before, during, and after class,” he says of the space, which is known for its all-black decor, neon lighting, and luxury amenities. Another draw, he says, is his transparency.

“I see people working out all the time trying to get in shape...but that’s not going to happen by working hard in here and eating whatever you want,” he says. “Our core belief is that if you want to lose weight and be healthy, you need to control the way you eat. [But] a big part of health and happiness is physical movement, and that’s what we’re here to do.” EverbodyFights offers both boxing, cardio, and strength-training classes, and there are cardio machines and weights for members who opt to work out solo.

Today, Foreman splits his time between his two gyms in Boston (the Seaport flagship and one in the Financial District) and the new NYC location, teaching 11 classes Monday through Friday. His schedule is so busy that he rarely gets more than two workouts in for himself each week. He’s also almost never home. But when he is, yes—he sometimes cooks with a George Foreman Grill.

Click here to see the 6 workout moves Foreman swears by.