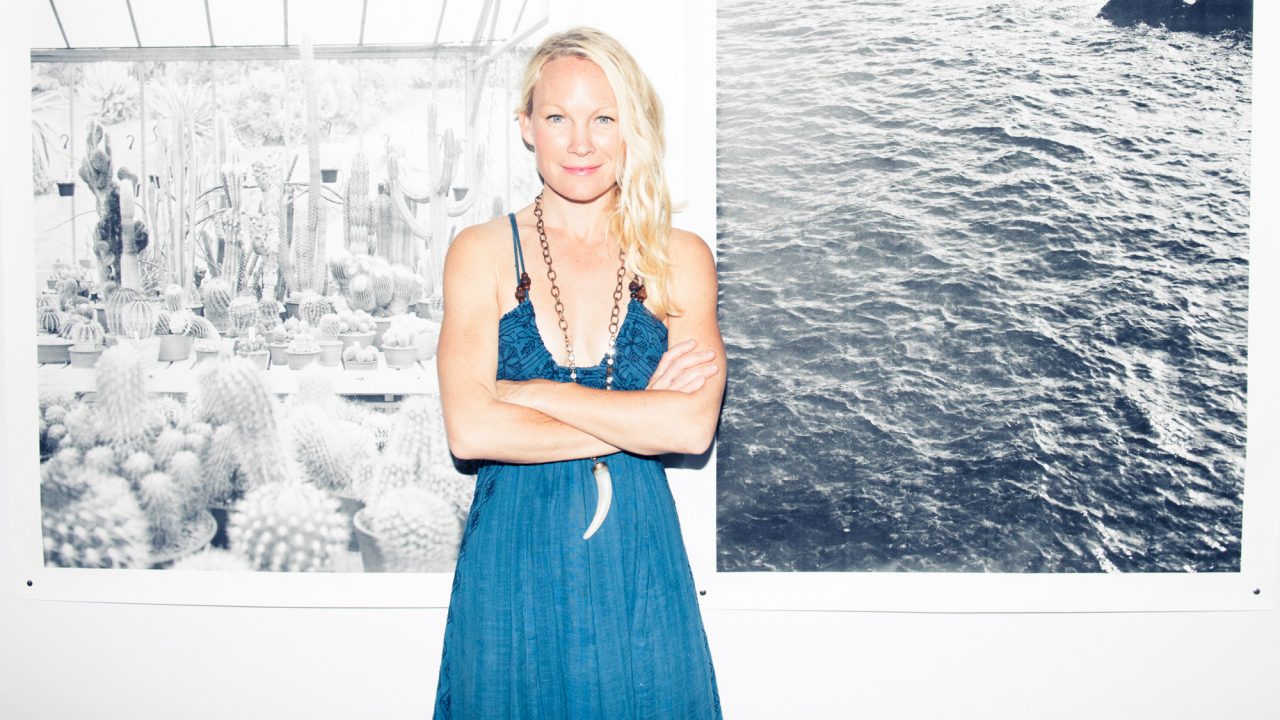 How Heather Tierney made vegetables the main event & shifted our idea of health in the process.

The restaurant business is notoriously tricky. If you’ve ever so much as looked at a copy of Anthony Bourdain’s Kitchen Confidential, you know this much: they often fail in the first year; if they don’t, they barely break even; and even then, they’re rife as grounds for stress and inevitable burnout. If that’s not quite enough to scare you off, keep in mind that the restaurant world is notorious for being far from the friendliest to women, to put it mildly.

Speaking to Heather Tierney, though, you’d never have the slightest inkling of any of the above—largely because she simply doesn’t see things that way. You may best know Tierney as we did—as the founder of The Butcher’s Daughter, the plant-based restaurant with outposts in both New York and Los Angeles, also pretty much the most clever name for a for a veggie-friendly spot ever. But as we learned from our conversation with her, her endeavors in hospitality don’t quite end there. At her firm, Wanderlust, a design and creative agency for hospitality brands, Tierney’s also been behind beyond the NY bar Apotheke, the Mexican spot Pulqueria, and the Sorted Concierge service. Basically: if you ever needed a reason to say “fuck it” to the statistics and do your own thing, allow Tierney be your guide. 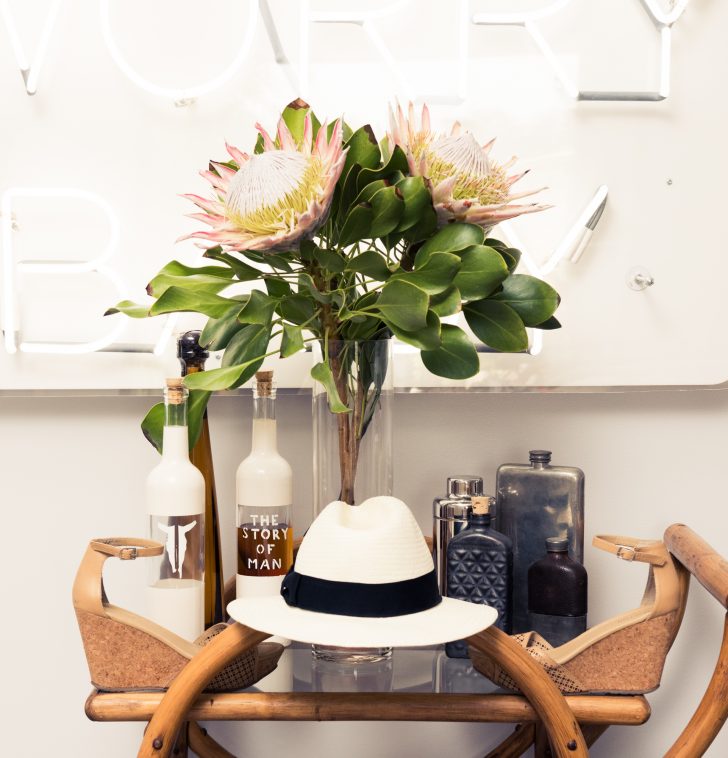 “I started working at Time Out New York when I arrived to the city out of college. That was my first real job, and I landed in the editorial section of the magazine. I really would have taken any position, because I loved the magazine.

“I started reviewing bars and restaurants, the small ones that no one wanted to take, and writing about them for the magazine. I worked my way up and became the head food writer there four years later. I developed all this knowledge of the city's food and beverage scene. I was really lucky to land that position right away, because it was kinda glamorous and you got to dine out secretly and write these reviews. I didn't really know what I was doing but I just learned on the job. It was fortunate I started that way, because I was able to see what worked in the city and what didn't.” 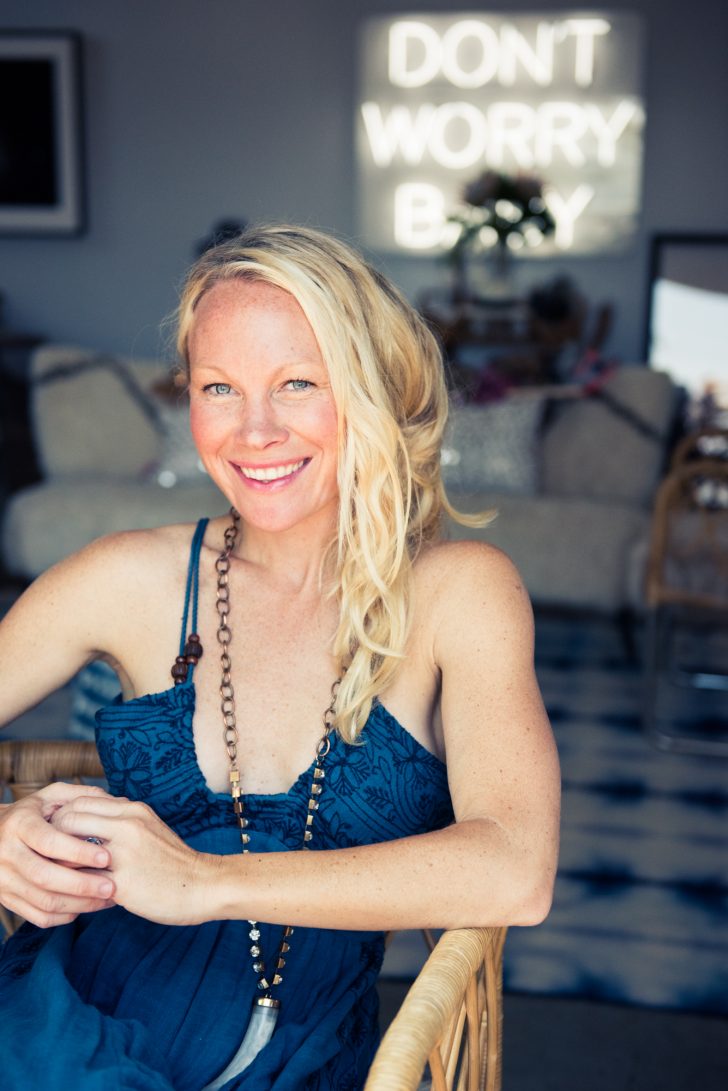 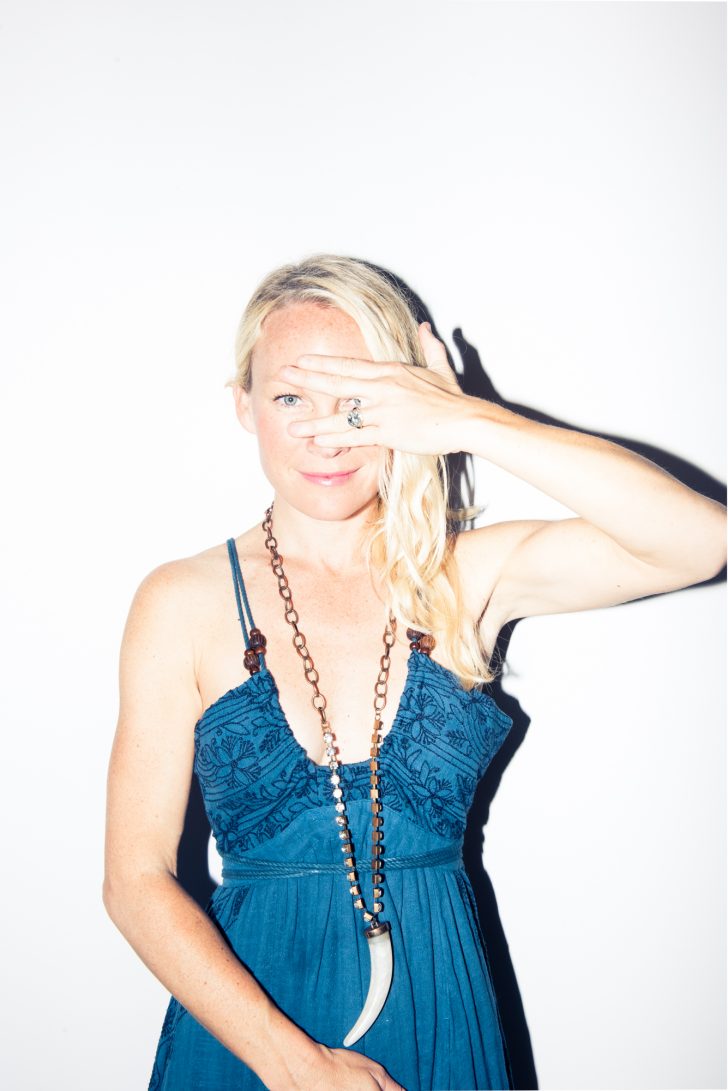 How her first venture came to be:

“I fell in love with this little street in Chinatown called Doyers Street. I thought it would be cool to do a speakeasy cocktail bar on it, because it's in a lot of films. It’s one of those magical, kinda mysterious Chinatown streets. I started meeting with Chinatown brokers, and I would say, ‘Can you find me something on Doyers street?’, and they were like, ‘no, no you'll never get anything on that street.’ Four years later, this broker called me, and said she could get me this spot on Doyers street! I borrowed some money from my twin sister, we took cash advances on our credit card and signed the lease. I had no idea what I was doing! We just figured it out.”

Why she believes in risks:

“I started by taking a risk, having a vision. No one had done anything in Chinatown, so the rents were really cheap. It just turned out to be a really big success right from the beginning. New Yorkers love a secret, they love finding things and being in the know. It was this word of mouth thing that blew up!”

“Two years later we opened Pulqueria, this Mexican restaurant next door. That was a learning curve as well, because I had never really done a restaurant before, and it's a bigger ordeal than doing a bar; just a lot of overhead and moving parts.” 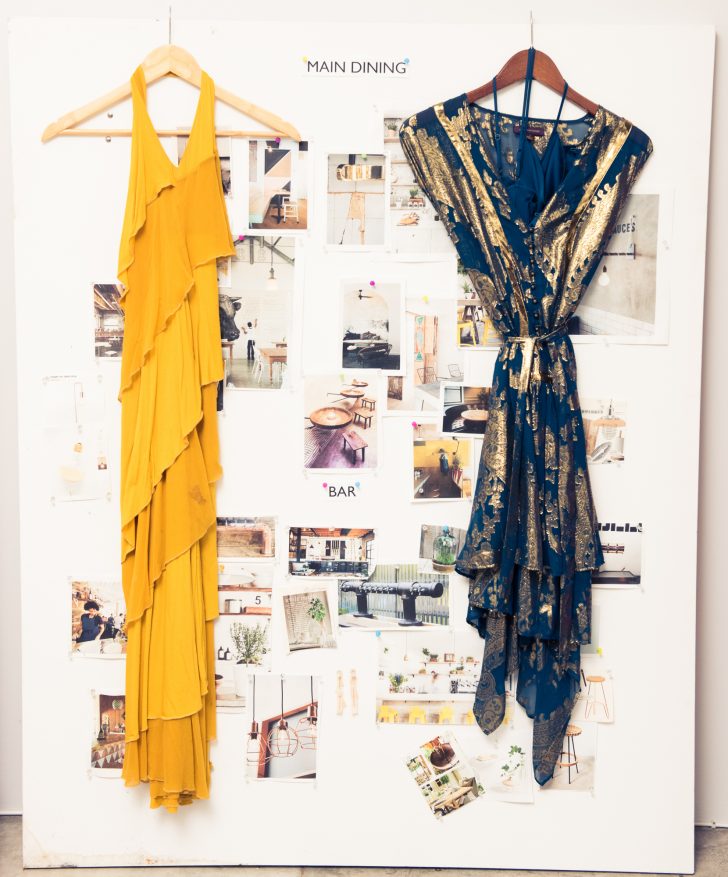 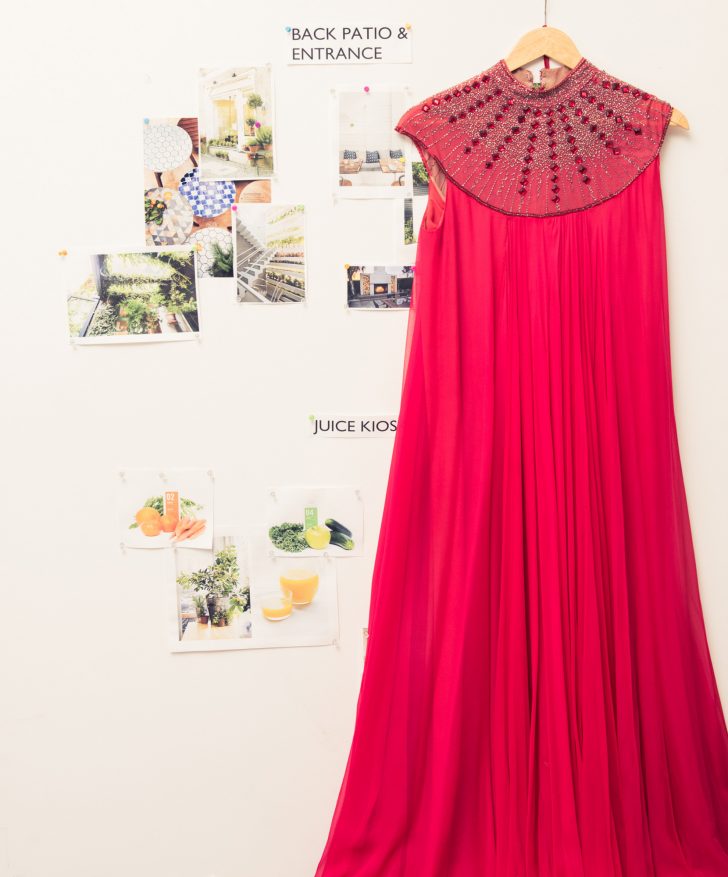 How The Butcher’s Daughter came to be:

“I had these two nightlife businesses for a few years. I was really yearning for something healthy, and there this was this great space around the corner from where I lived on Bowery. I would pass this great corner where the original The Butcher's Daughter is now.

“I’d been working on an idea for doing a juice bar, just thinking about it. At the time, I thought, ‘You know, no one is really doing this in the cold pressed juice market.’ It evolved while I was designing it, to be a full café as well.”

Why vibe is everything:

“I wanted to create almost like a Parisian café, but the vegetarian version. Healthy, but has that feeling like you almost want to light a cigarette out there. The cafe has a vibe and a community, a communal feeling.” 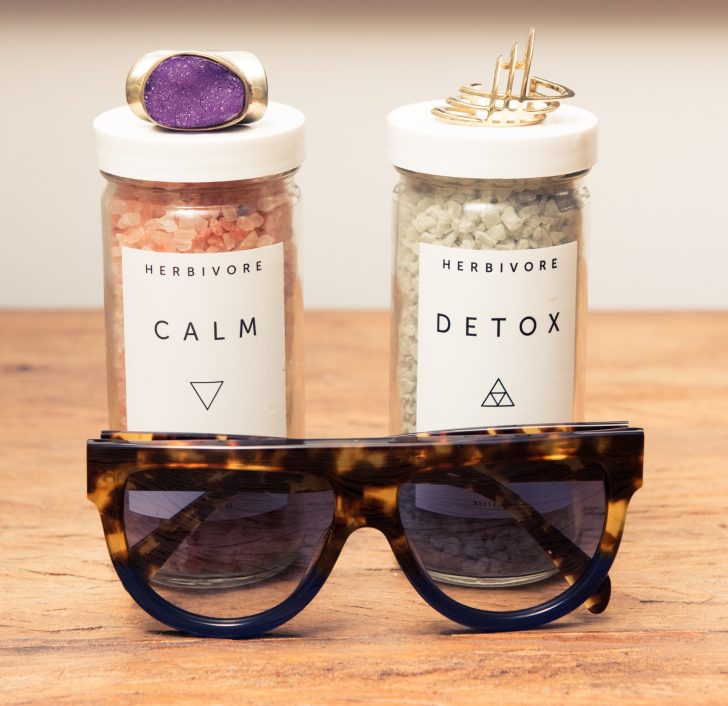 “I describe myself as a designer first, and I just happened to be in the bar and restaurant industry so I am always thinking about the design first. I knew I wanted to design it like a butcher's shop with vegetables, with kale hanging from the meat hooks. I came up with Butcher's Daughter because it’s like the daughter is rebelling against her father, making a vegetarian butcher shop.”

“There are so many vegetarian spots in New York that are like hippie-dippie, with bad lighting, they don't even have a beer and wine license. You just don't want to be in there. Vegetarians have always had to sacrifice style for health. New Yorkers really responded well to it, because they just party so hard, they work hard, and they need an instant shot of health.”

How she juggles it all:

“You know how your phone can have different apps open [in the background], but it only uses the memory of the app that’s open? It's kinda like that. When I am working on one of the brands, I don't block the others out, but I direct my focus so I can concentrate and better use my time and energy and also not get overwhelmed.”

Why you need an A+ team:

“I really rely heavily on my management team. Finding those people is hard, but when you find them, you have to incentivize them. And you need a good book keeper! I have the same book keeper for all the businesses. He is like family almost, at this point.” 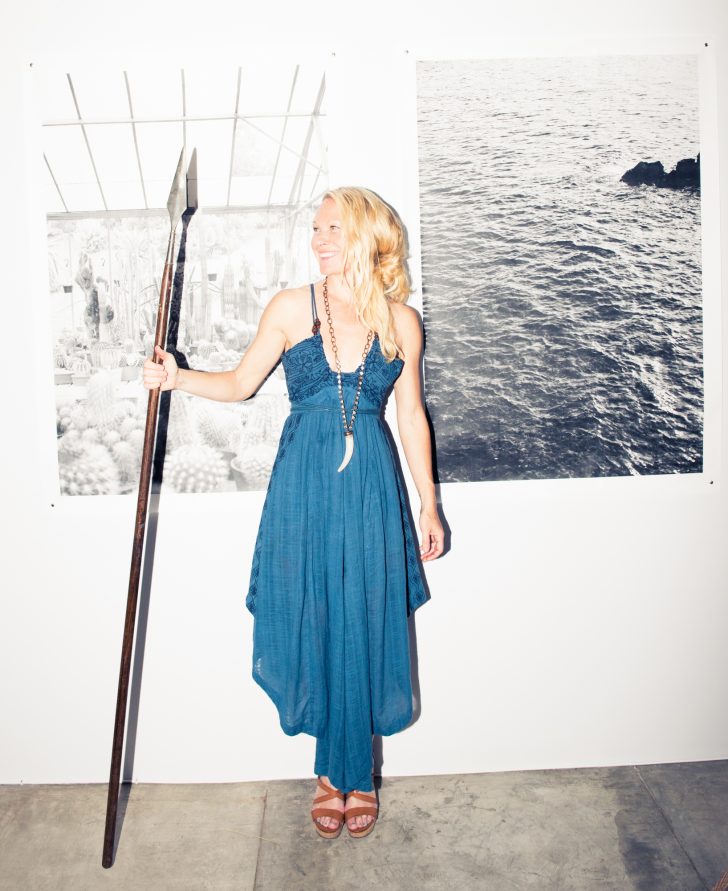 How making mistakes along the way is the best way to learn:

“I love risks. I get myself into trouble sometimes, and I just want to jump into everything. I always see the upside, and I don't really evaluate the risk properly, and you kinda need that if you are going to get into the restaurant business. People say one of the worst investments is in a restaurant because the failure rate is so high.

“When we opened the Mexican restaurant, we really didn't know what we were getting into. We kept saying if we had known, maybe we wouldn't have taken the space. But we managed to triumph in the end, and because I went through all that, I really evaluate a space before I take it now. I have an expert take a look at it and do all the research. Those learning experiences are really good.” 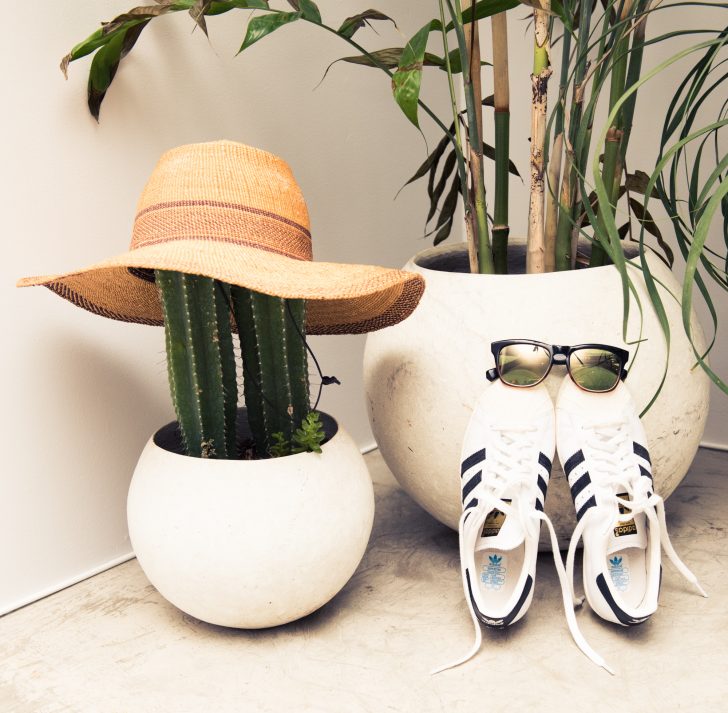 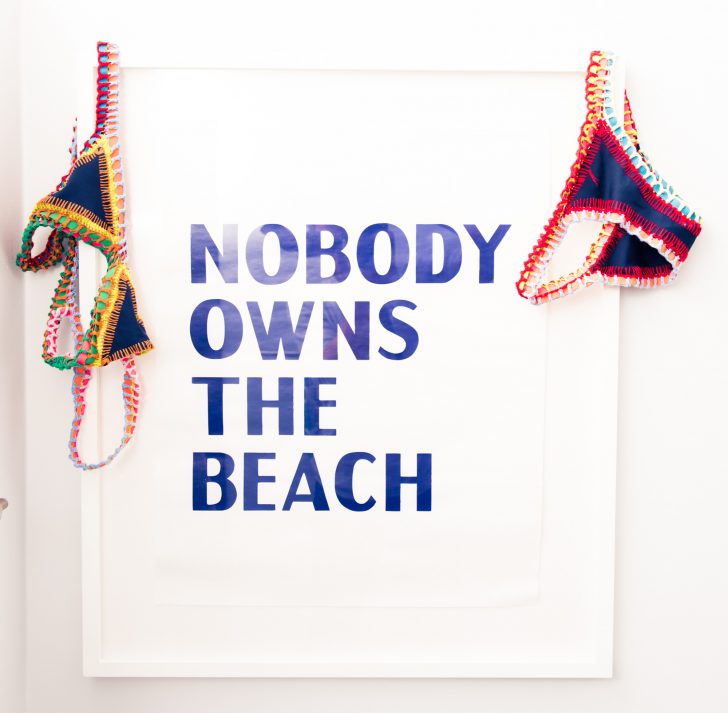 How she finds balance:

“It is definitely easier out here [in Venice] than in New York. In New York, when I’d just moved there, I remember I couldn't even go to sleep at night. I was so excited about everything I'd seen and experienced. The energy of the city always pushes you to keep going, so it’s hard to turn off.

“I made my old apartment on the Bowery a sanctuary, so when I entered, I would have to make myself turn off. I would light some candles and separate that energy, but it is still hard. Here, the people and the vibe are so different. The weather is just beautiful every day and I live by the ocean. I don't have a hard time turning off out here, and where I am in my life right now I purposefully make a point to do that.” 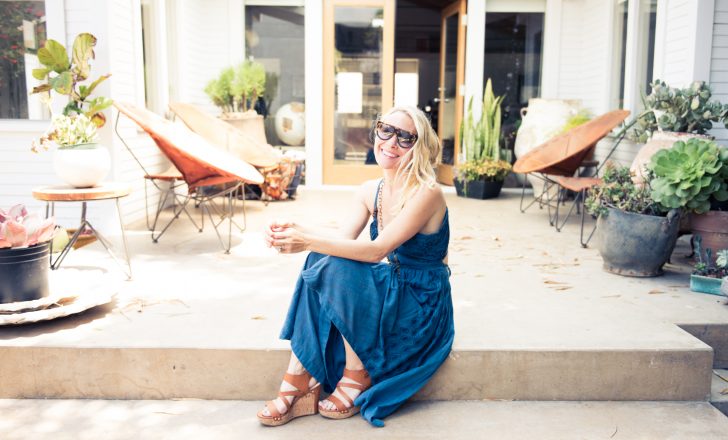 Her advice for anyone who wants to work in hospitality:

“The business advice I would give someone is to always give back to yourself first. Take time for yourself, make sure you get a massage, that you are taking care of yourself. Financially, you end up having to put some of your own money in, and you have to make sure that you can always pay yourself back, because if you are constantly running on empty as far as energy and finances, you can't really properly serve others.

“I didn't do it this way, but I would say work in the hospitality industry first. See if you even like it. It’s very chaotic, and there are constant problems you have to fix. It’s a constant moving target of success.”