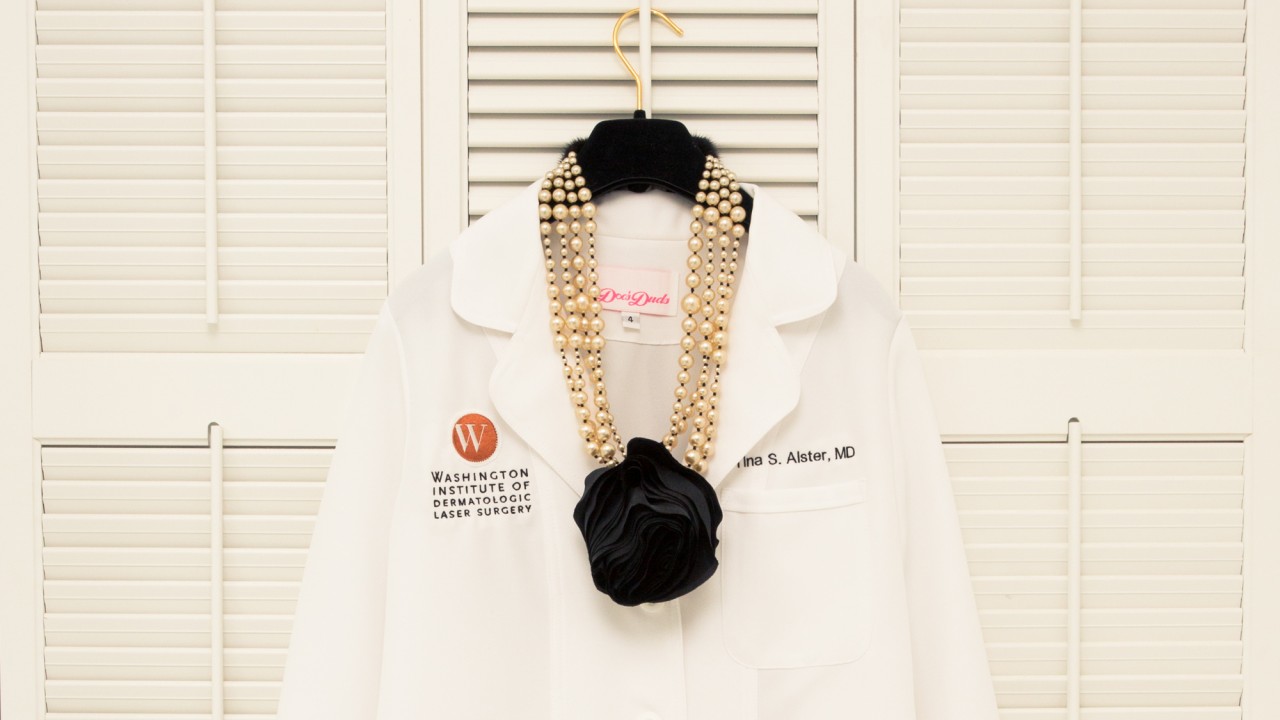 Meet the Dermatologist Who Does Secret Botox for Politicians in D.C.

DC Dermatologist Tina Alster’s office is two blocks from the White House. But that doesn’t mean the high-profile politicians, journalists, and lobbyists that make up her patient list just waltz into her front door during lunch. Going in and out of her well-trafficked practice, which is largely cosmetic dermatology, is more hush-hush in D.C. than many CIA secrets (as we’re learning these days…). Which is why Alster has devised a careful, high-security system to get big-name patients in and out with Navy SEAL stealth. (So House of Cards!) We asked the infamous derm (who, by the way, owns a LOT of Dior) for all the dirty details about how she pulls off one of our biggest national secrets. Also, can this please become a TV show? 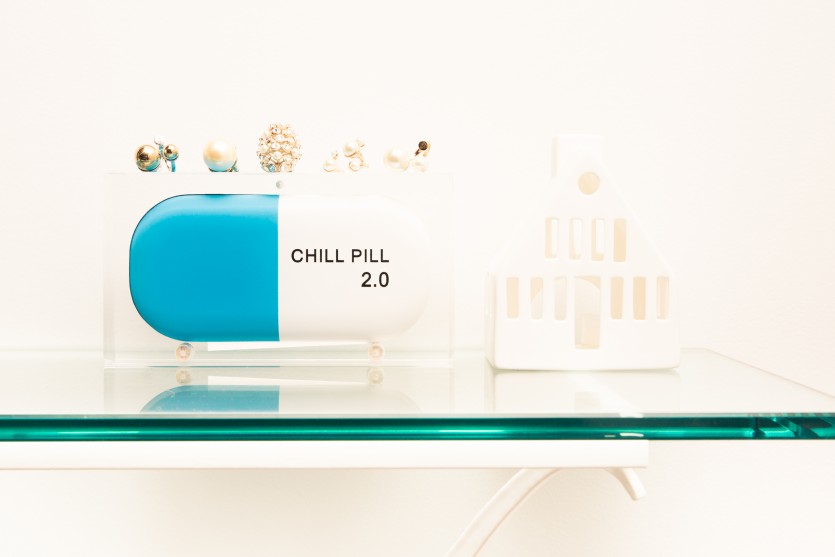 How do people get into your office unseen?

“I have an office on the second floor with a back staircase, which makes all the difference. When you have someone who is high-profile security, they have to take over the elevators, which means the rest of the building is highly inconvenienced. I made sure when I got this office that not only did I have my own stairway to the second floor, but I also have a back alley where people can pull in privately and park. I typically book high-profile people first thing in the morning, like 6 or 7:00 AM, or in the evening—not in the middle of the day. Otherwise, you really do have to have the whole office cleared out. And my staff has to be cleared in terms of who is allowed to be around. I have a high level of security clearance, so I can see everybody. I don’t know the details, but I know they’ve run background checks on me.”

What if you have two super-important patients booked for the same time?

“You have to be a master at scheduling. Even if patients aren’t high-security, it’s D.C., so I have people that I know just don’t want to see each other. I always tell my staff, don’t let anybody’s behind hit the seat in the front. Don’t let them wait. As soon as you see someone coming through the door, take them back to the treatment rooms. We always make sure not to schedule certain people next to each other. And my staff, my medical assistants, and my administrators are all attached to each other with ear-piece walkie-talkies, like the secret service. They are constantly talking to each other all day, so they know who is in what room.”

Does the interpersonal conflict feel kind of like high school sometimes?

“Sometimes you feel like it’s junior high. Some of the stuff can be petty. For the last several years, regrettably, there have been fewer moderates in both parties. People used to play nicely together in a sandbox, and there would be a lot of bipartisanship. Now people really are polarized in their views about the opposite side. In the beginning, it’s exciting because these are people you may only read about and never have the chance to meet, but after a while you end up knowing a little bit too much. There is a lot of inner turmoil inside the beltway.” 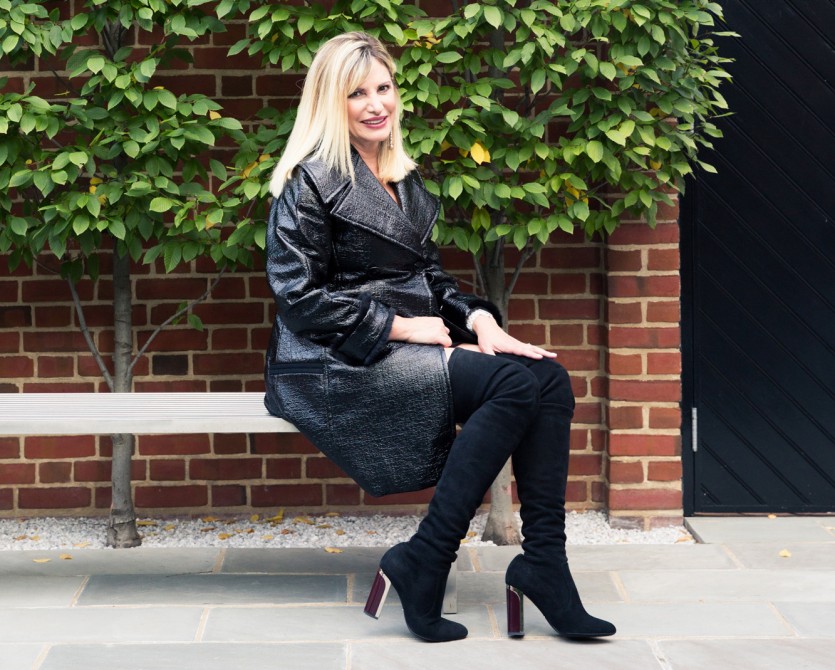 The cosmetic work you do must have to look really discreet, right?

“Here, everybody claims that they don’t have anything done. So in addition to just privacy, making it subtle is really important. Nobody wants to appear like they had anything cosmetic done at all, because it is a luxury and doesn’t play well with anybody’s constituents, no matter where they are from. Plus, they can barely carve out the time to come in for treatment, much less take time off for any recovery.”

Why don’t you just go to people’s homes?

“It’s not my best work. I’ve done that in the past and swore off of it. I don’t have the right lighting. I can’t get chairs in the right position. I don’t have somebody handing me the things. I really like to have an assistant with me. These are all important for getting these things done. Also, don’t forget, I’m usually doing a combination of things. It’s not just injectables, but I’m also doing microneedling or laser or light treatments, and I can’t bring those with me.”

So, we know doctors aren’t supposed to acknowledge patients in public, but that must be even dicier in D.C.

“Well, it’s made for some awkward moments! I learned this lesson early. My husband is a former Canadian diplomat, and we used to be in receiving lines. One time this woman and her husband, both of whom were quite high-profile, were coming down, and I had just seen this woman not even 90 minutes before we were shaking hands. When I looked at her, I kind of smiled and she looked away and then gave me this very stern look. It was very clear in her mannerisms that she did not want to be acknowledged. My human instinct was to be friendly with her, but fortunately, I learned the lesson early without sticking my foot in my mouth. I’ve been very careful to always make sure that if I see somebody that I know from my office, that they acknowledge me first. Otherwise, I act like it’s my first time meeting them. I’m often out around town, and I run into patients virtually every night, so I have to be careful about that.” 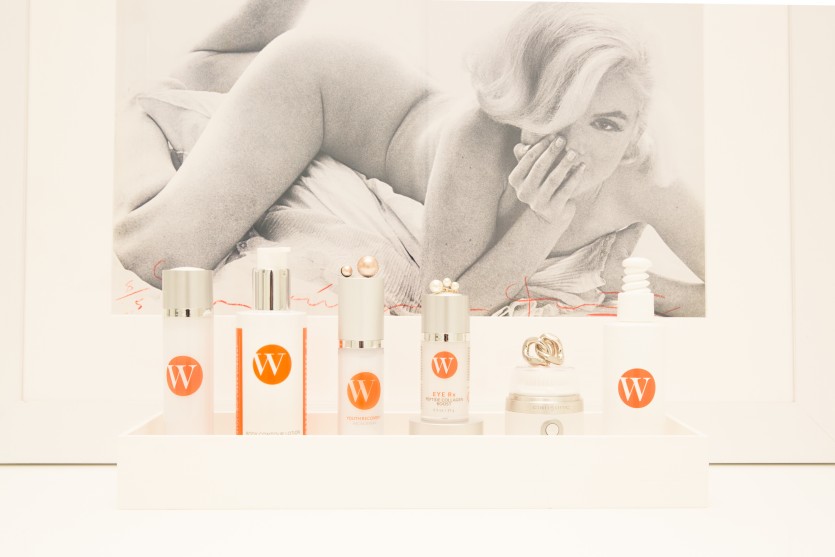 Is there a “political look” you try to create with injectables?

“For men, a lot of rosacea, you know, red nose, red cheeks. For women, I think that a lot of it is giving them a more refreshed look like lifting the downturned corners of the mouth. But the big thing is frown lines for both men and women. Often times people have been frowning so long and so hard that they have these lines even when they’re not frowning, in which case you get a combo of filler and Botox. But [what] you don’t want is to have a frozen face. So if you’re using a neurotoxin [Botox, Dysport, or Xeomin], you want to minimize the muscle action, but not eliminate it altogether. You want people to be able to raise their eyebrows. The tricky thing with filler is bruising, it’s always a risk. Fortunately makeup will cover most if not all bruises. We have a makeup room here, and I actually have a couple of people on staff who can do makeup, for the guys in particular.”

Would people be surprised how many male politicians get cosmetic dermatology?

“Yes! Absolutely! Almost 20 percent of my patients are men. Some people would also be surprised because some of the men really look like they could use more! But when we do things in moderation, they don’t necessarily look like they have a lot done. I find men are usually motivated to get work because they see themselves on TV and maybe the makeup artist told them they can get something done about the redness in their skin. I also find that male patients need to be babied a little bit up front, but once you have them as a patient, they become some of the most loyal patients. They put their appointments on their schedule, they come back with regularity, and that’s that. They don’t tend to shop around that much.”

What’s a popular D.C. treatment people would be surprised to learn about?

“There is something particular to Washington. It’s not necessarily politicians, but the workforce in Washington. After Trump, I had this rash of people coming in clenching their teeth, so we started doing lots of Botox injections into the masseter muscle [the big strong muscle in the jaw] to reduce that jaw-clenching and gnashing of the teeth. That really was a consequence of the change in the administration.”