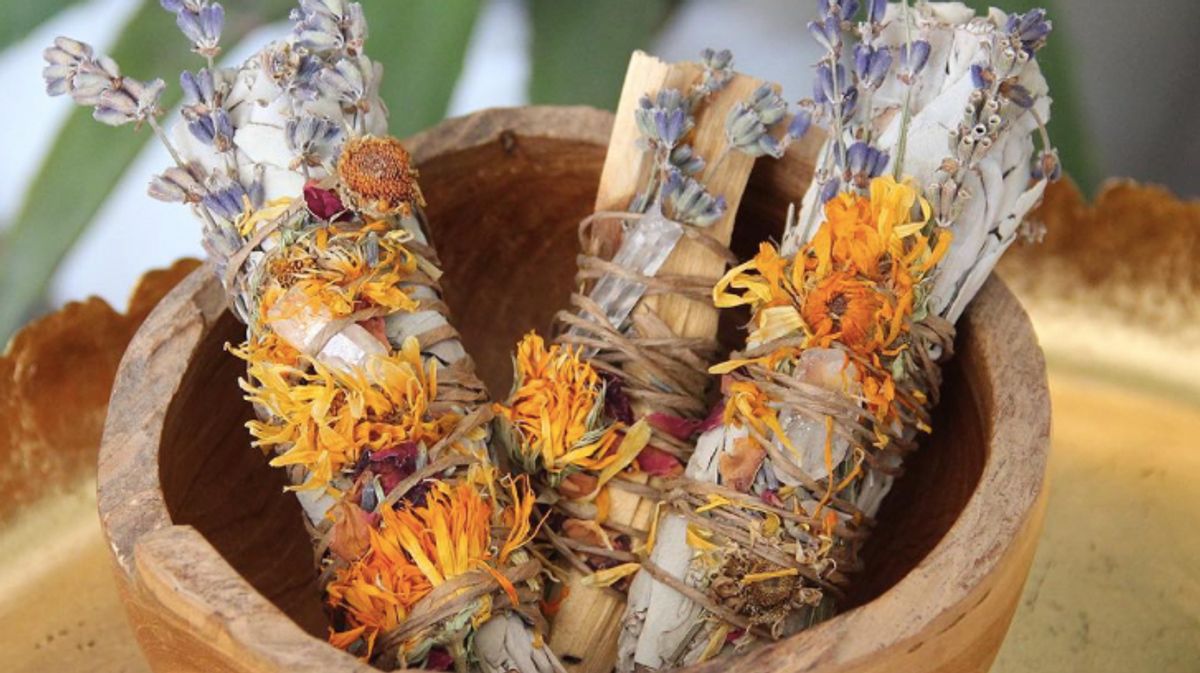 What Is Palo Santo and Why Is It Everywhere?

This sacred wood smoke will cleanse your spirit. And it’s inescapable.

I first noticed the citrusy green, woodsy smoke smoldering like incense at my acupuncturist’s in Brooklyn. Something about it almost made my mouth water. Then I smelled it at the New York Pilates studio. At Taryn Toomey’s The Class. And then at Sky Ting yoga. Obviously, I wasn’t privy to something I should have been. I finally figured out what it was when our instructor answered the query of a student less embarrassed to be out of the know: “Isn’t it heavenly?” she replied calmly about the small smoking sticks of wood in the corner of the studio. “It’s palo santo.” Once you know what palo santo wood smells like, you notice it everywhere. Not coincidentally, it’s beloved among the high-vibe crowd in New York and L.A. But while it’s trending, it’s far from new. "Traditionally, it is burned by Incas, indigenous people of the Andes, Shamans, and medicine people for spiritual purifying, energy cleansing, and healing,” explains Energy Muse.

“Palo santo also is known as holy wood,” explains herbalist and aromatherapist Melissa McGill, who founded the brand Morphologically, which I stumbled upon at American Two Shot in SoHo. “It originated in South and Central America and is a revered, protected tree. You will see it used for smudging, the smoke is lighter than sage, and it’s such a fragrant wood you can use it unlit to cleanse a space, inhale it for respiratory ailments, and, sexily enough, it will repel some biting bugs if kept in your pocket.”

My acupuncturist, Sandra Lanshin Chiu of Treatment by Lanshin, tells me more: “We love it at the studio and tend to prefer it to the scent of sage [which is popular for burning to cleanse a space]. And what’s great is that it’s known as an equally powerful energy and space cleanser. The scent is very penetrative and strong, which I think lends to its reputation for clearing energy in an environment. Almost like it instantly puts you in your body—into your sense of smell—because you recognize an intense, divine fragrance. It kind of snaps you into attention, which is the point of ceremony and ritual—organizing your attention into yourself in the present moment.”

I have to say I certainly feel that way about it. It makes me want to douse myself in it. But I quickly learned I’m not the only one.

“It’s ridiculous. It’s everywhere,” said perfumer Douglas Little, founder of Heretic natural fragrances and the nose behind Gwyneth Paltrow’s Goop fragrances, when I asked if he feels like palo santo has become a “thing.” But I shouldn’t have been surprised by the growing appeal—palo santo is also found in the immensely popular Le Labo Santal fragrance (of course it is), which might be part of the collective draw. (Jane Larkworthy can tell you all about that.)

Upon hearing Little’s response, though, there was a part of me deep down that wanted to resist jumping onto what is clearly an overcrowded bandwagon. (Again, Jane can tell you all about that.) But in an ultra-relaxed state after a massage at The Now in L.A., a small bundle of the palo santo smudge sticks wrapped with a tiny clear quartz crystal around them got the best of me. And I’m officially smoking the good stuff.