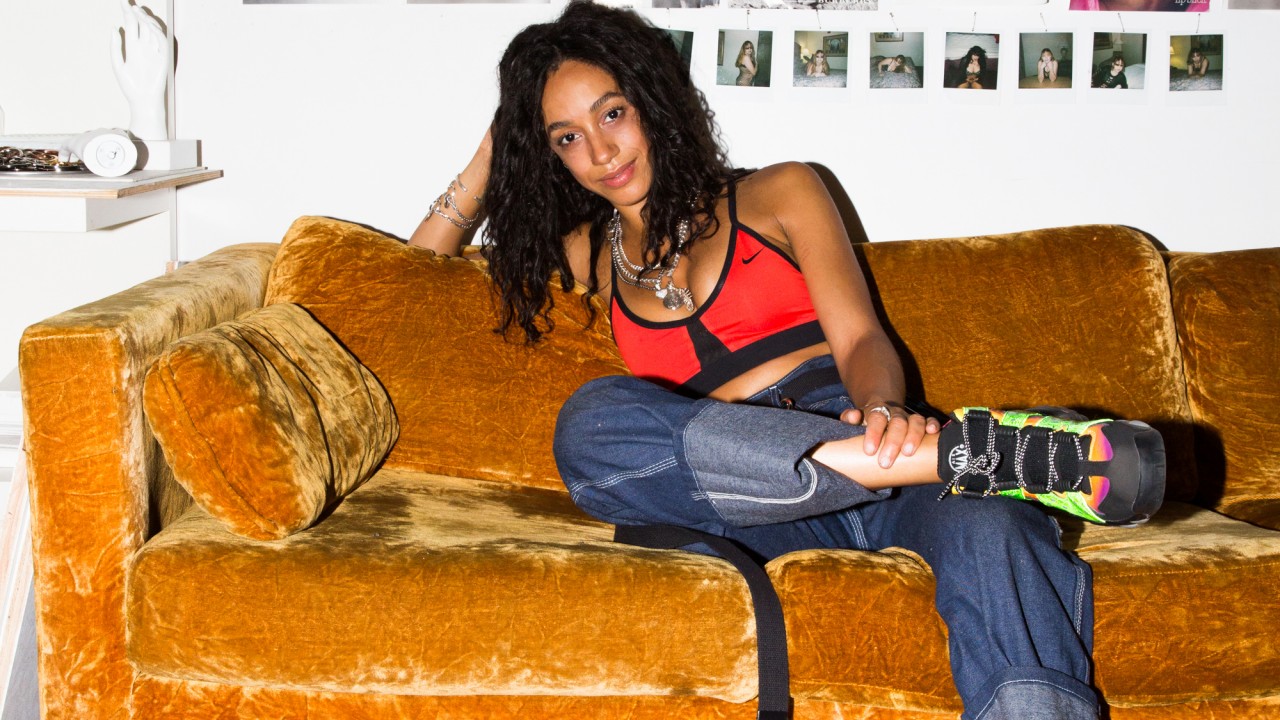 The Jewelry Designer Who Made All of Kendrick Lamar’s DAMN. Pieces

Kendrick Lamar has been at the forefront of the music industry this year (and, honestly, every year since his Overly Dedicated album came out in 2010). DAMN. was wildly successful, and if you’ve paid close attention to the artist, you’ll have noticed that throughout his DAMN. tour, his new music videos, and even a few NBA commercial appearances, Lamar has been donning some heavy silver hardware, whether it be around his neck or on his wrists. That jewelry comes from the skilled hands of Martine Ali, a designer who both lives and works out of Greenpoint, Brooklyn.

We visited both Ali’s home and studio earlier this month, and the first thing we noticed was how much of a contrast there was between the two spaces. “My studio is really kind of like my adult playroom—all of the little creative things that I like to get into. My home is a much more white-washed, minimal version of that—it’s much more zen,” she says of the two spaces. “I tried to limit the amount of stimulation I have in there, I even have books with tape over the spine so I don’t have to see what it says, stuff like that.” We get that Ali would need a break from the world of creating—it seems as though she has non-stop ideas, and she even admitted to us that she sometimes gets so lost in her work that she has to set an alarm as a reminder to eat. But how did she get to that point? 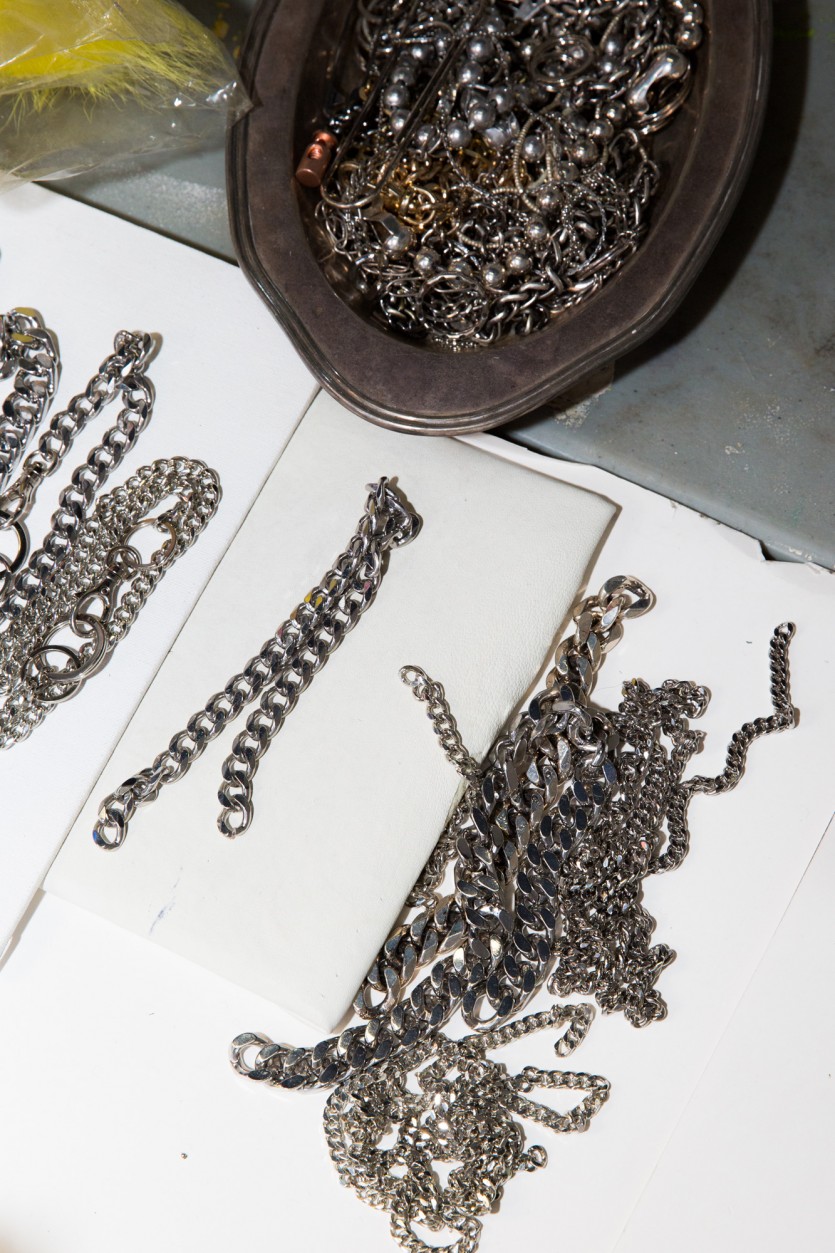 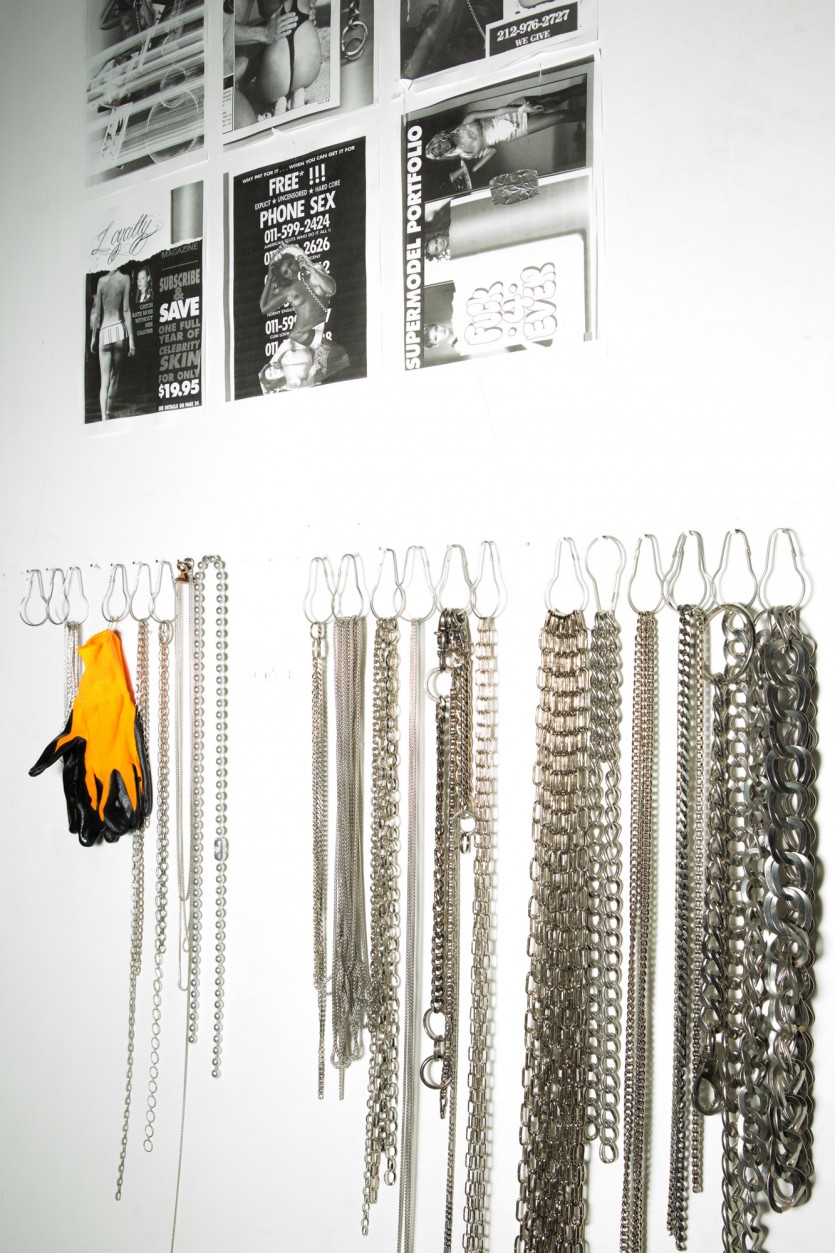 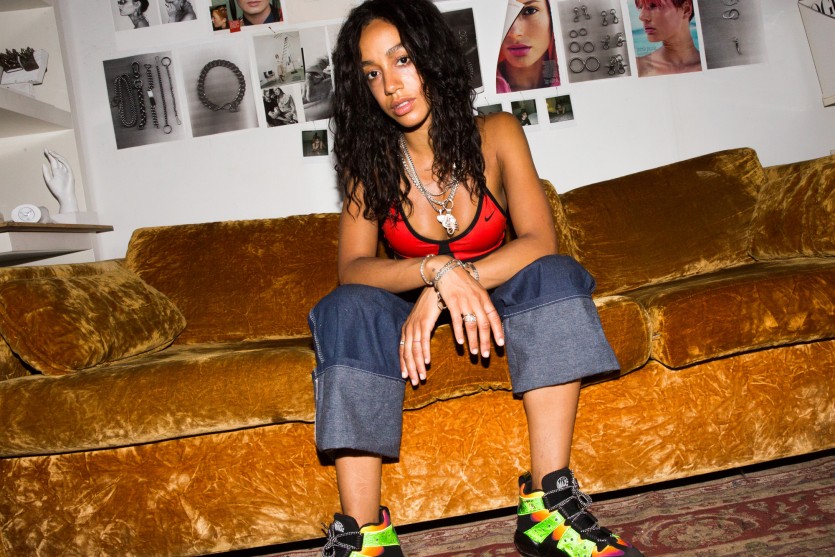 “I was working at DKNY as an intern and then full-time, [but] I left in 2011 to do my own thing,” she explains. “I was wearing my own jewelry around the office, and the fashion editor saw it, loved it, and then I started doing jewelry for the runway. I did it for a couple of seasons, and then I was like, ‘I’m going to do this for myself.’” The exposure Ali got at DKNY was amazing: “When I was working [there], I made some bracelets that were attached to leather, and last-minute [before the NYFW show] Donna [Karan] came in and was like, ‘Can you make this bracelet attached to a purse?’ So I did the jewelry collection and then [was] also working on the bags,” she says. “Then I was going to fashion week at 21 years old; [I snuck] in past the press pit, and I remember seeing the jewelry that I had worked on coming down the runway at NYFW—that was probably the most intense moment.” 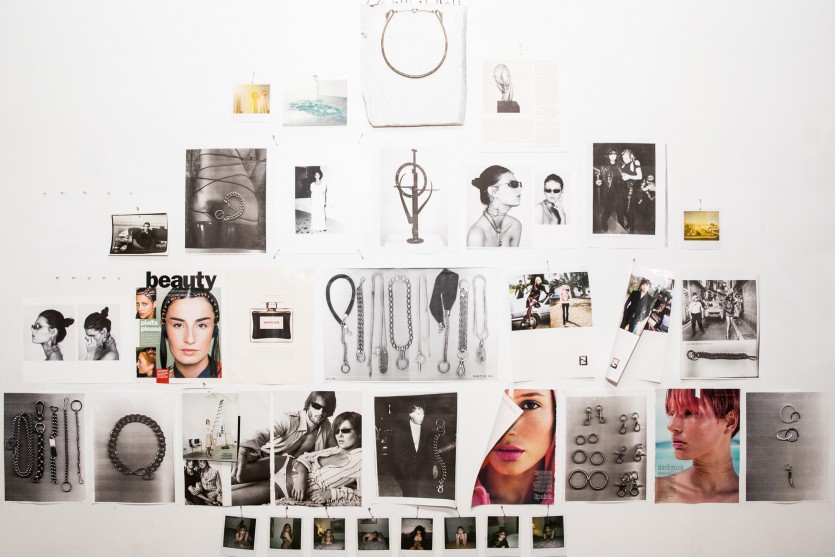 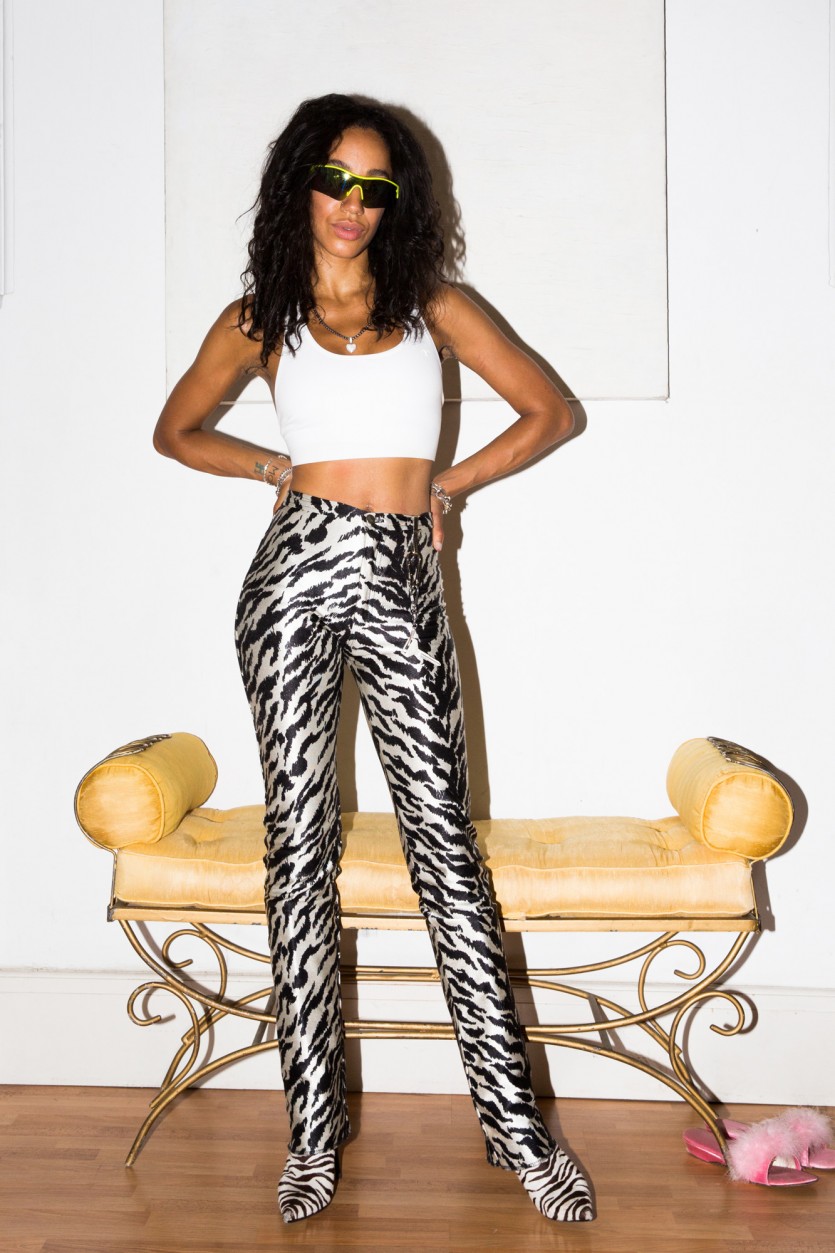 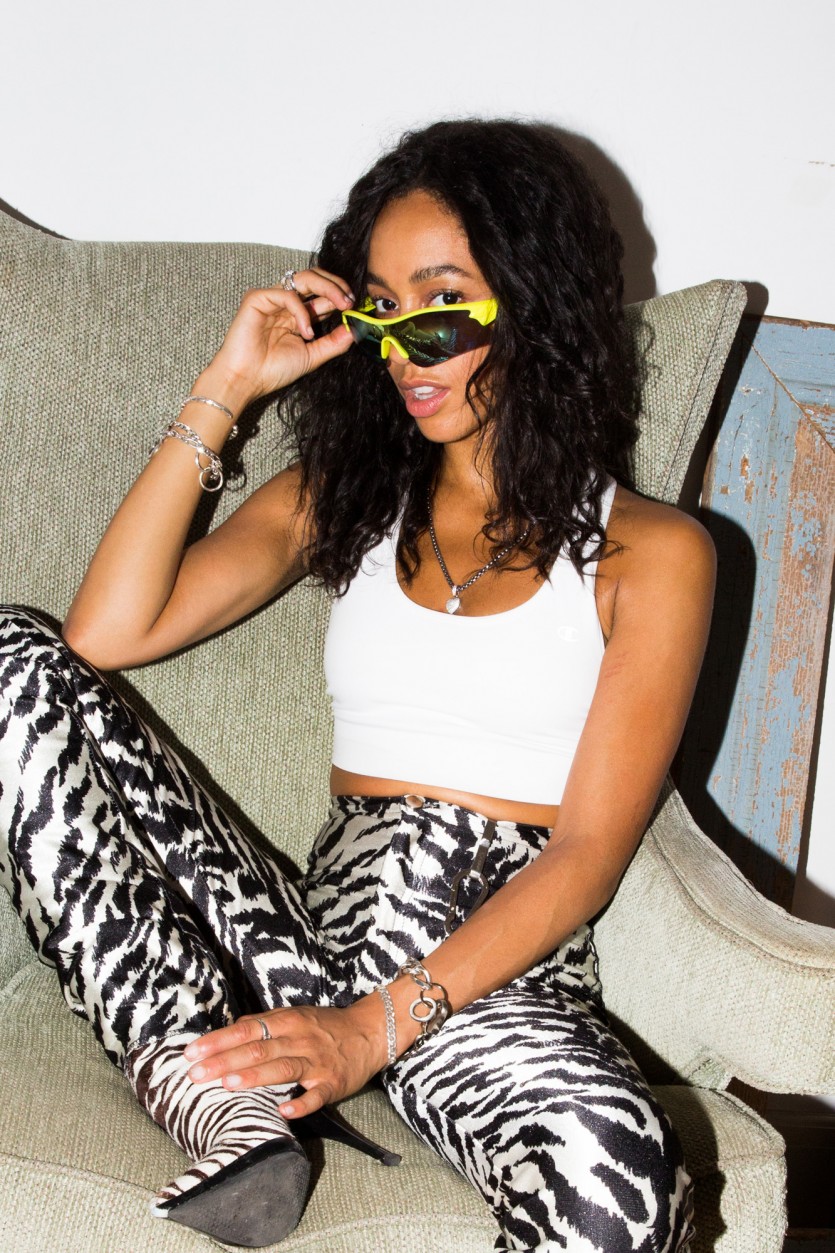 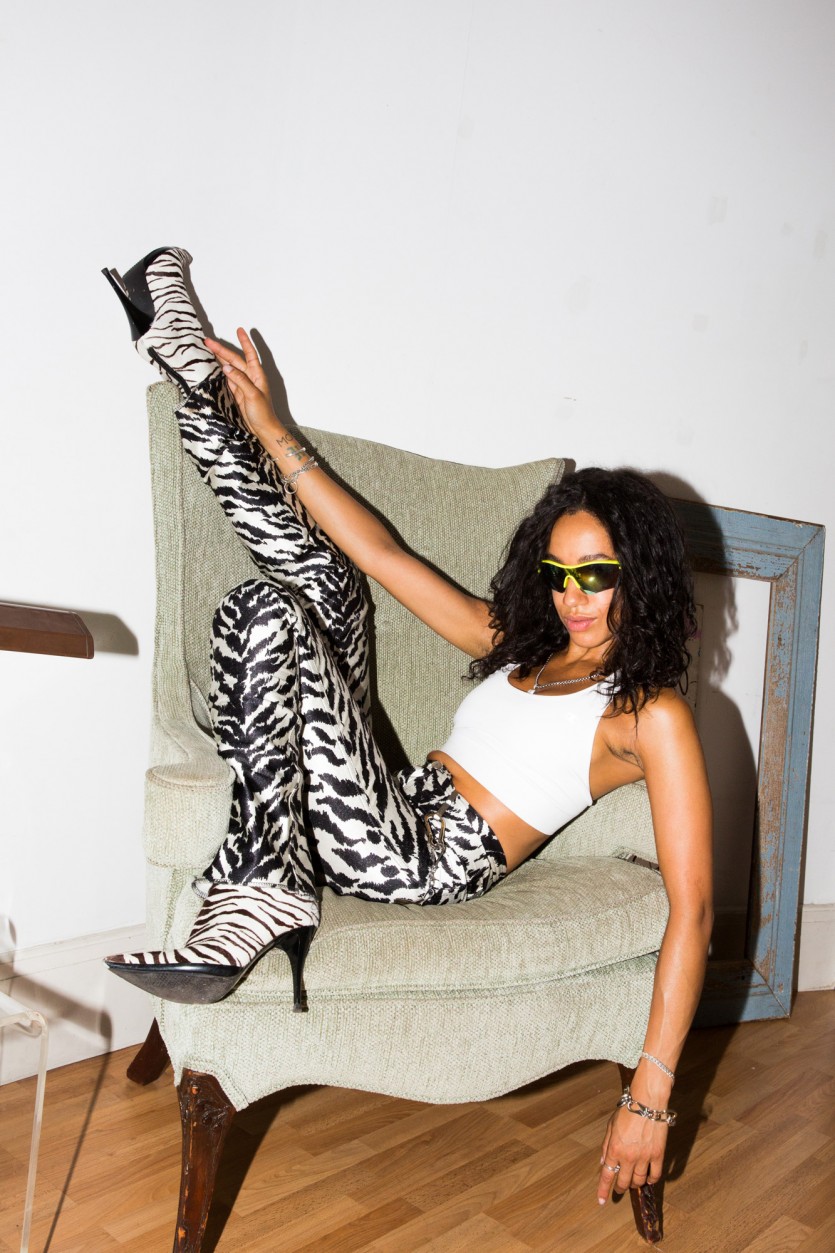 It took Ali a few years to gain traction (doesn’t it always?), but in August of 2014, her jewelry found its way to the cover of Teen Vogue on the wrists of singer Kesha. Following that, Lady Gaga wore one of her pieces in May 2016, and Opening Ceremony began to stock her collections. Since then, Kith, Assembly NY & L.A., Vos Paris, and Monkey Time have been added to Ali’s stockists, and a wide range of stylish people have been sporting her designs—Diane Kruger, Georgia Fowler, and Aleali May included. The cool thing about Kruger? She bought her piece from Opening Ceremony herself. “I try and keep in touch with some of the salespeople [at the stores],” Ali recalls. “I [was told that] Diane Kruger came in and bought [a necklace] from Opening Ceremony and then wore it to Cannes with a ball gown.” 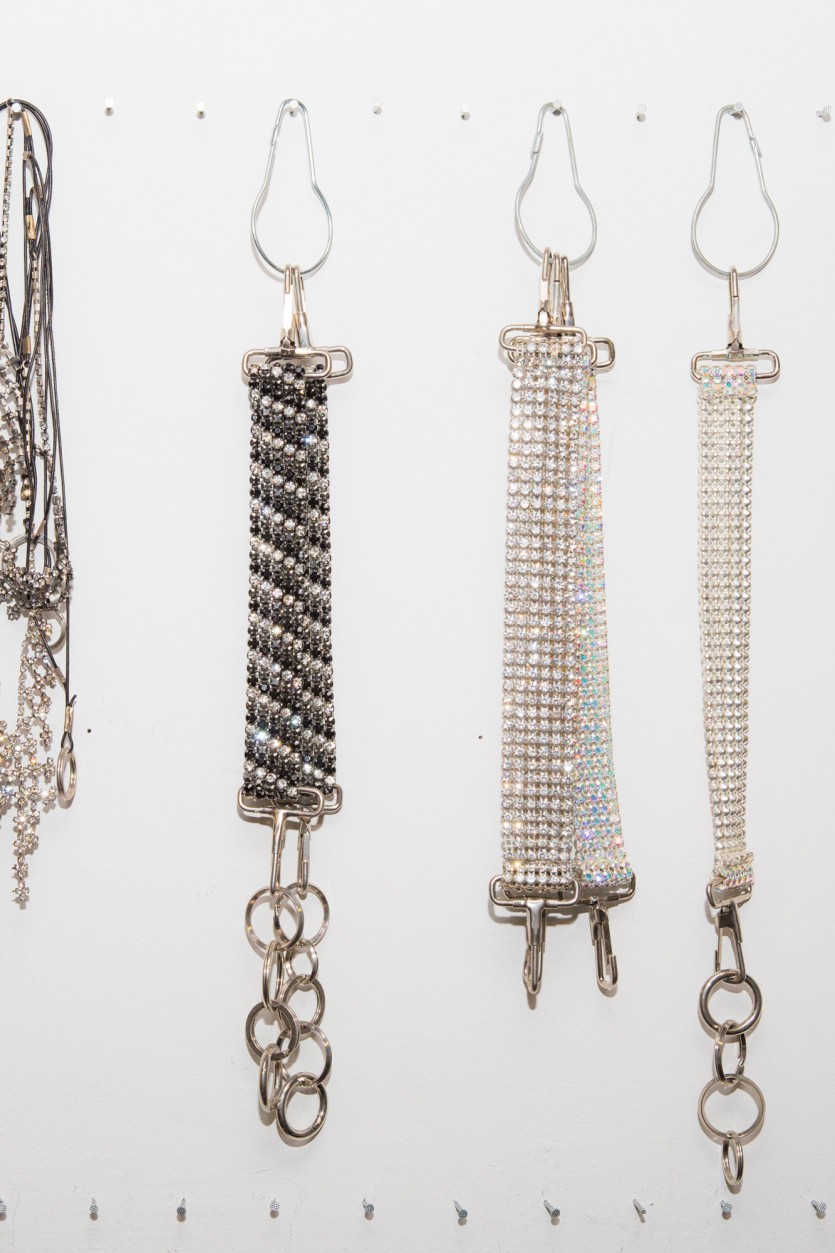 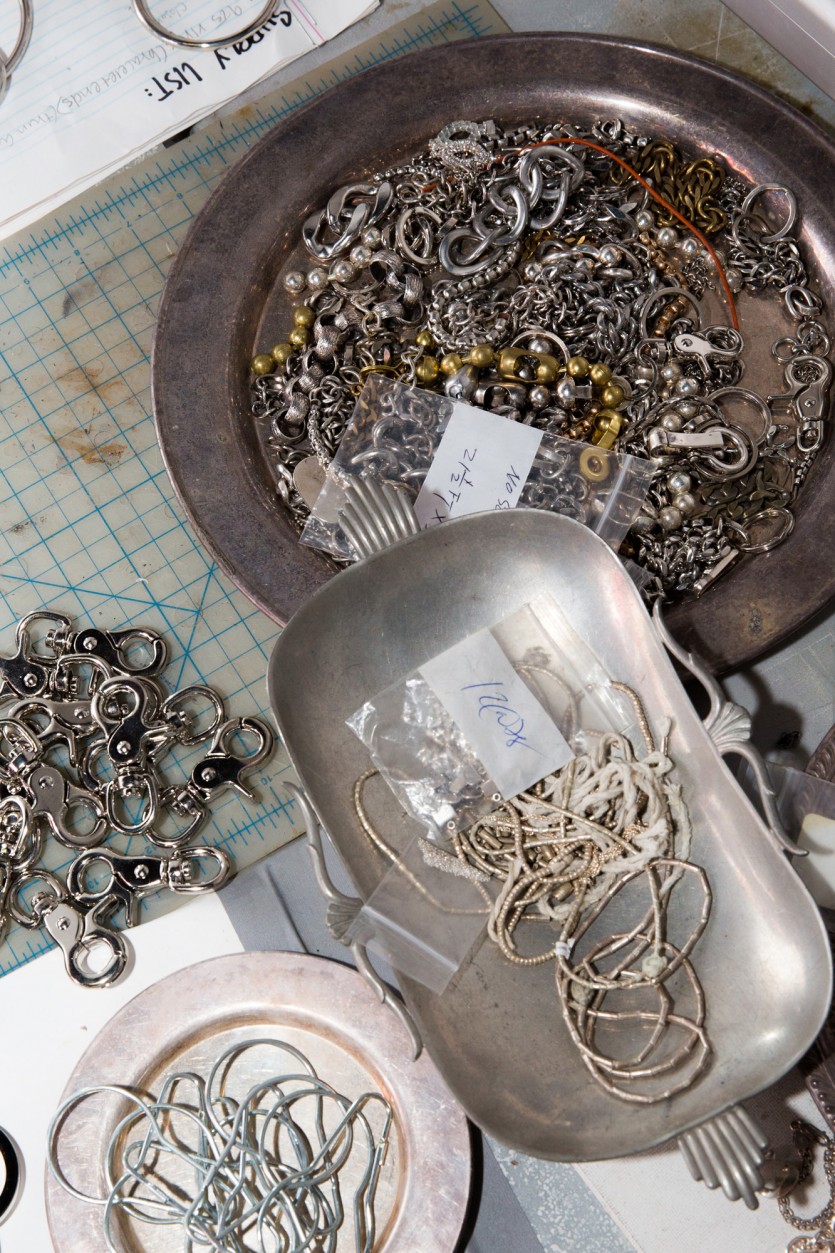 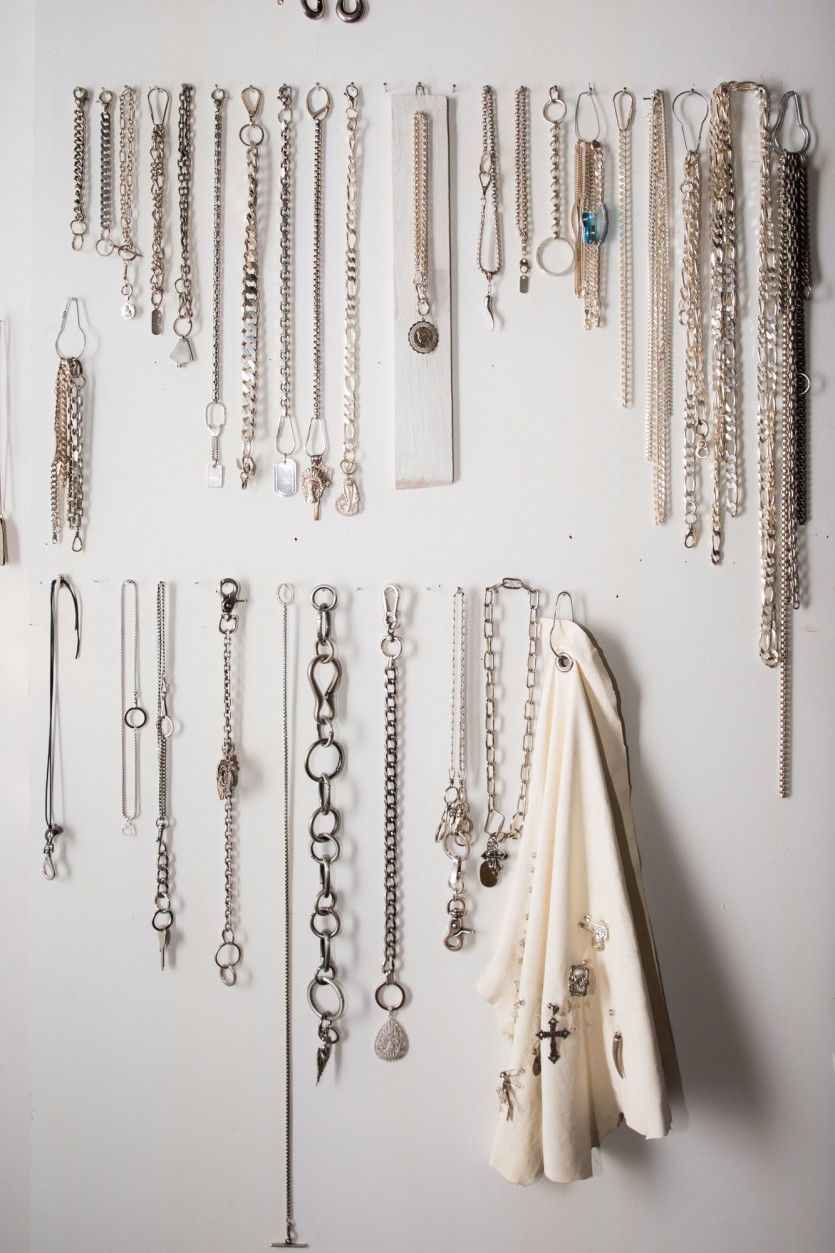 Ali describes her pieces as a mix of hip-hop and punk. “You’ll see subtle elements of both of those. It comes from the time [in which] I grew up; MTV Jams and TRL were really huge, and BET had 106 & Park,” she says to us. “For me that was always huge, the chains and the jewelry—kind of like the whole early 2000s vibe. Then, once I moved to New York—the grit and the edge of being in this city—that’s where a lot of the punk inspiration came from.” And can you guess how she linked up with Kendrick Lamar’s stylist, gem of a human Dianne Garcia? “Instagram is how I connected with Kendrick Lamar’s stylist,” she tells us. “I worked with his stylist in a really unique way. With the DAMN. album and the tour and all the press—everything he did around that album—we created a jewelry wardrobe for him so that he had his consistent pieces to put with everything. He wore the pieces on tour, in the videos, he even did a bunch of NBA commercials wearing the jewelry.” True story. Check out any of the “DNA,” “Element,” or “Humble” (which he just won a VMA for!) videos, and you’ll see Ali’s pieces shining in all of their hip-hop-slash-punk glory. 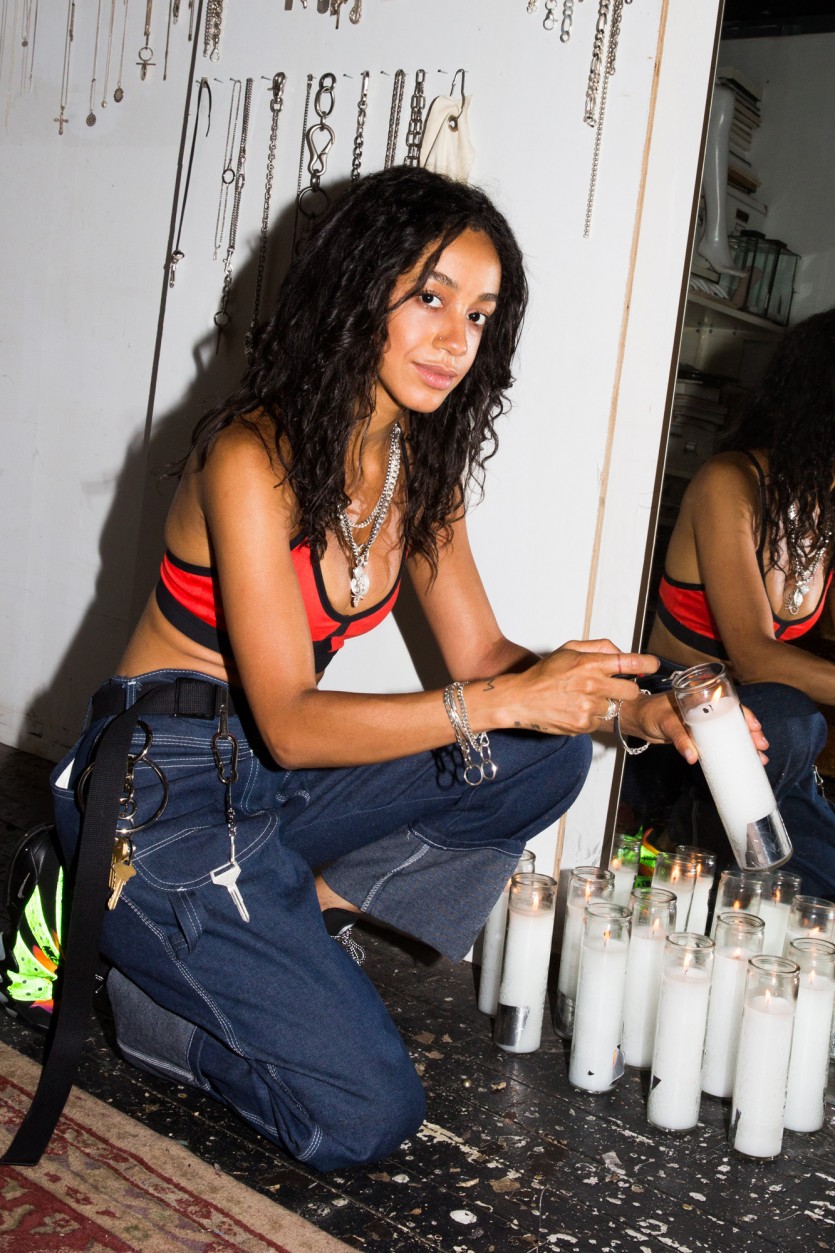 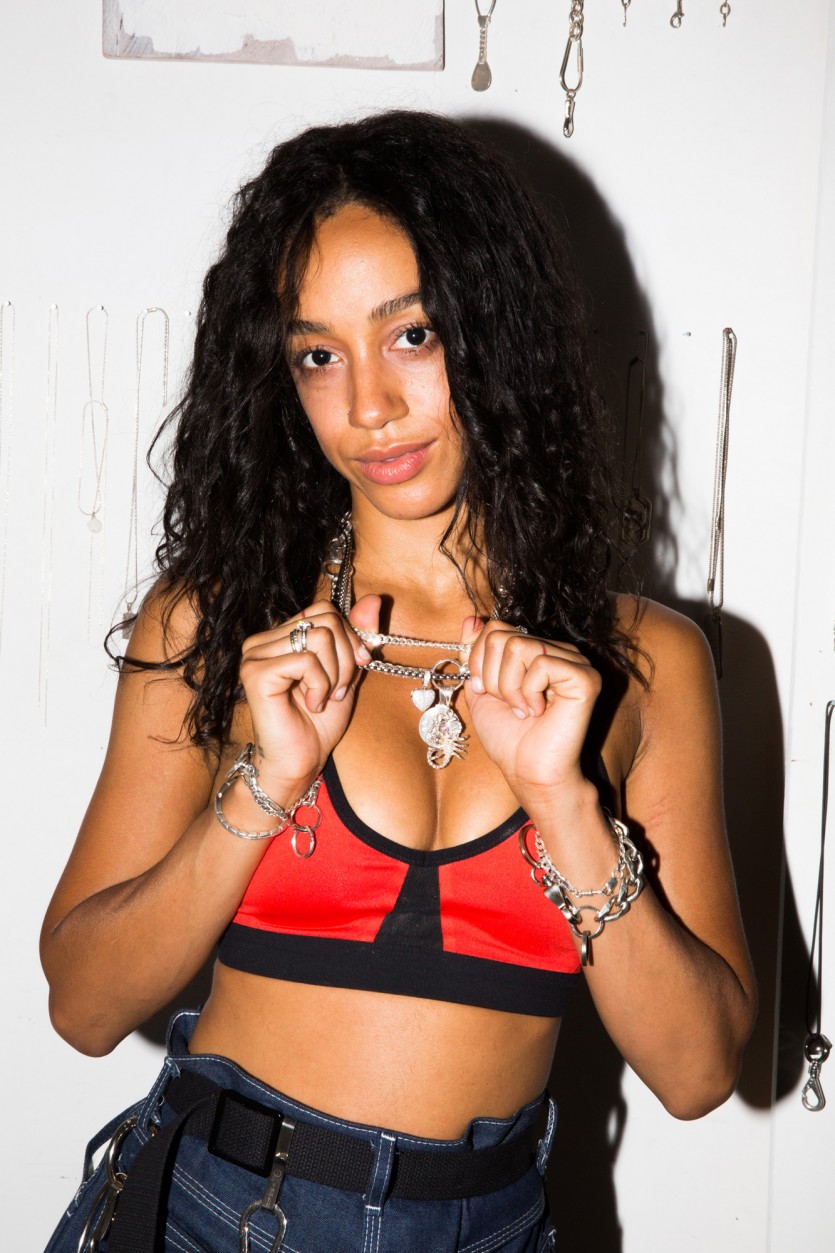 While Ali considers herself insanely lucky for all of the good fortune she’s experienced (thanks to all of her hard work), she does still have one celebrity that she would go crazy to see in her jewelry: “I can’t wait until Rihanna is covered in chains and, like, twerking trying to get out of it [laughs]. She’s the ultimate,” she gushes. Well, you can consider our fingers crossed that soon we’ll see Miss Fenty in silver Martine Ali hardware. Ali, if you’re reading this, do us a favor and allow us to be the first ones to know?