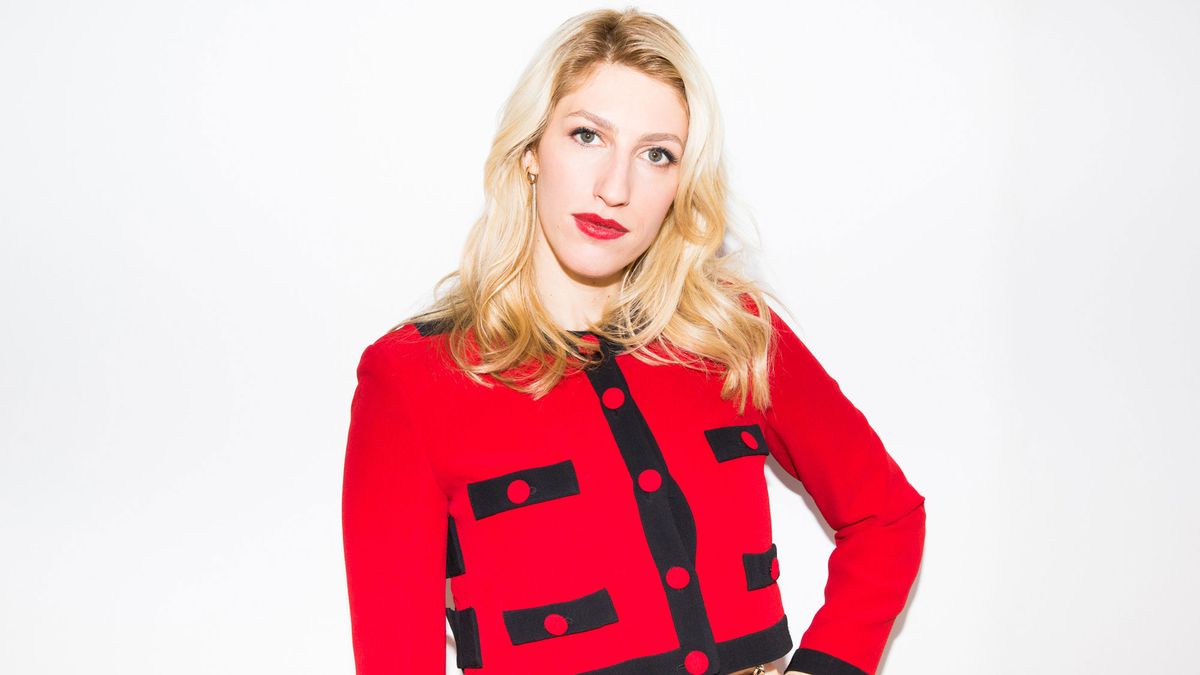 Karley Sciortino of Slutever wrote the “slut manifesto” you need to read.

Within ten minutes of meeting, Sciortino and I have already used that word over 20 times. Usually, at least in my experience, the phrase is delivered with a soft “sl” and a hard “ut,” followed by a “!” or “!!!” or “!!!!!!” It’s an angry exclamation, an insult, a word received and given out of anger, jealousy, or hate.

Hearing or saying the word has always made me feel bad, but I actually like the way Sciortino says it. It doesn’t upset or offend her, and it’s obvious in the way it rolls off her tongue. She says “slut” the way some people would say “babe.”

Sciortino mentions how the connotations surrounding “slut” are changing, and I’m quick to agree, referencing how I used to hear the word as an insult when I was growing up and how my sister of Generation Z would never call someone that out of spite. “She would never slut-shame someone,” I tell Sciortino who, to my surprise, frowns. “Actually—that’s part of the problem,” she tells me.

She quickly clarifies. “We all know about the sexual double standard. Men are praised for the same things that women are vilified for.” Slut-shaming is about making a woman feel bad for being openly sexual, and the both of us agree that’s an issue. But what’s equally problematic, at least according to Sciortino, is not using the word at all.

If women could hear the phrase and not shudder, Sciortino thinks we’d be on the cusp of real change. “I would love for there to be a woman in media be like, ‘Yeah, I have three sexual partners on rotation, and that doesn’t mean that I have low self-esteem or because I can’t get a boyfriend. It’s just because right now it makes sense for me.”

Sciortino thinks being a slut is a mind-set, not an insult. She also thinks it deserves a broader definition than most people are willing to give it. If you ask most people to define the phrase, they’d say it’s a woman who has slept with multiple people. That’s wrong and inaccurate, Sciortino thinks.

If Sciortino could be a set of letters, she’d be the four-lettered “slut” and the nine-lettered “confident.” If you spoke with her for about five minutes, it would appear that in her vocabulary those two words are synonymous, which can be equally empowering and alienating. If we end up living in the world Sciortino wants, where people are openly slutty and talking about it, those of us who are less self-assured in what we want and how to get it can feel alone. It could be a new world where, instead of feeling badly about being called a slut, people feel badly about not being called a slut.

On her way out, I’m handed a copy of her book and told, “A slut should be a term of endearment. That would be the goal.”

Karley Sciortino is a slut—and there’s nothing wrong with that.

See Inside Karley Sciortino’s Closet
Everything You See On Your Feed Is a Lie—Even Instagram’s Favorite Illustrator Agrees
How This Couple Dated, Broke Up, and Then Started a Band