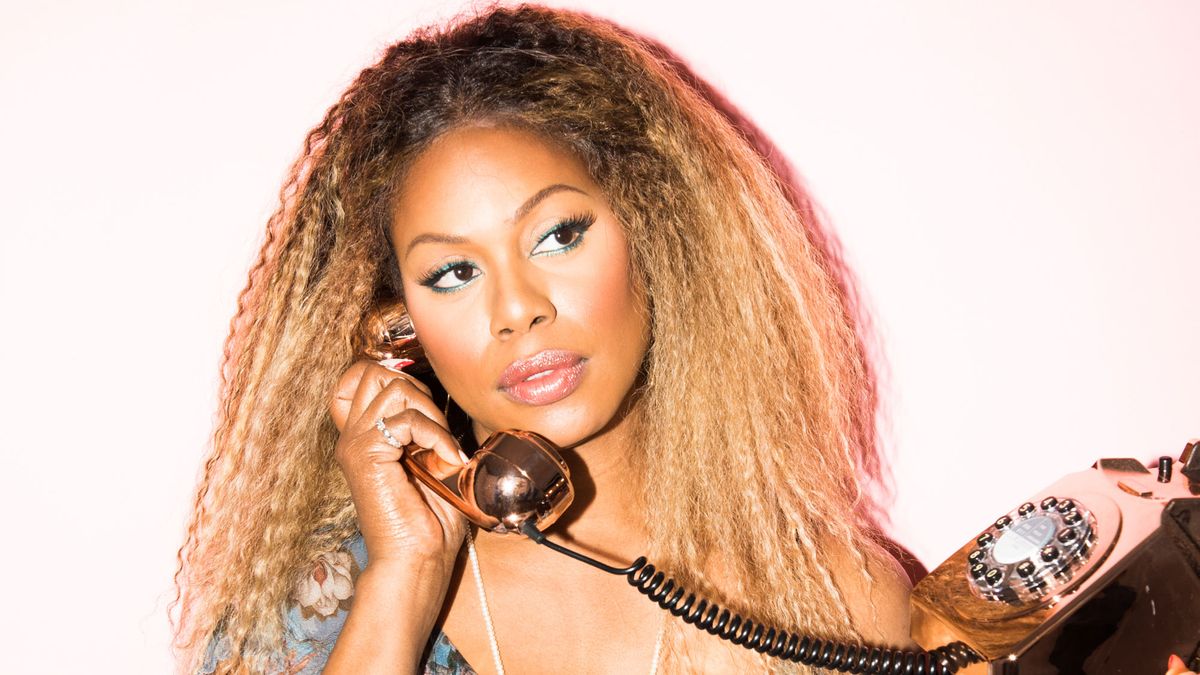 Laverne Cox on Trans Laws: “They’re Basically Trying to Legislate Us Out of Existence”

We sat down with the Glam Masters host to talk politics and why she’s hopeful for the future.

It’s easy to go off on a tangent when talking to Laverne Cox. One minute the actress is discussing light and fluffy things like skin-care tips and her Lifetime show, Glam Masters. And the next, we’re deep into a political conversation, covering everything from the electoral college to the importance of millennials getting out to vote.

The star is passionate both about looking good and being confident in the people running our country. So, since we’ve already revealed Cox’s guilty pleasure, we’re sharing her thoughts on gun control and gerrymandering, too.

You’ve been pretty vocal about politics, especially on social media. What are some big issues that are important to you?

“I hope that people understand now, particularly millennials, that we’ve got to vote. That who we vote for matters, just in terms of our survival. That laws that are made can impact whether or not we survive. I posted on Instagram the other day that, not even two full months into this year, 10 states introduced 21 pieces of legislation which basically try to limit how trans people go to the bathroom and limit the use of the word transgender in classrooms. Ten different states introduced 21 pieces of legislation that basically are like, ‘Trans people, we don’t want you to exist. We don’t want your name to be said. We don’t want you to be able to use the bathroom.’ They’re basically trying to legislate us out of existence.

“But also the gun debate. So many of our politicians have been bought and paid for by the NRA, and that needs to become unacceptable. It is time that we vote out politicians who take money from the NRA. Emma Gonzalez and all the incredible young people from Parkland are really leading the way, in a way that I hope changes this culture. I’ve been so deeply moved by their activism, and maybe we’ll finally get something done. It’s disgusting that 90 percent of Americans want background checks and we can’t even get that. But we need to ban assault weapons—it’s just time. And Russia meddling in our election and the administration not really doing anything about that? That’s an attack on our democracy. Gerrymandering. Voter ID laws. There’s so many issues. I think with Obama, people got complacent. They were like, ‘We have this amazing guy in office.’ Things were not perfect under Obama, but he was amazing. I think folks started taking for granted that they would have rights.”

And what about voting in local elections?

“This year is maybe more important than 2016 even, because this year the governors we vote for and state legislatures we vote for are drawing congressional lines for the census in two years. Our congressional districts are so incredibly gerrymandered that if you remember in 2012, for example, more Americans voted for Democrats than Republicans, but the Republicans still control the House of Representatives because of gerrymandering.

“Hopefully the Supreme Court will make a decision about gerrymandering, but whatever decision they make, we need to turn out to vote because this is going to affect our elections for the next 10 years, how these congressional lines are being drawn. People need to vote. Now. More [claps]. Than [claps]. Ever [claps]. Hope folks are getting that. I’m talking about it whenever I can. Hopefully people are listening.”

Do you feel hopeful?

“I do. Emma Gonzalez and her [classmates], who are in mourning but who have taken that mourning into action, are giving me so much hope. I hope they can begin to mobilize all the young people who are turning 18 before November. I want them to get out there and register to vote, and I want them to know that their vote matters. We have to hold our politicians accountable once we elect them.”

What else do you want to add?

“I was doing a lot of reading, and I was like, ‘What is up [with] this electoral college? Why do we still have it?’ Twice in the past 20 years, a person won the popular vote and didn’t win the presidency. What’s interesting is when you read the basic stuff about the electoral college, it basically says Hamilton, in the Federalist Papers, said that we don’t want the public to be duped and end up electing someone who’s a tyrant or something, so we want to have the electoral college. But basically the first eight presidents of the United States were all from Virginia, and with the electoral college they were able to count slaves as part of the population, even though slaves couldn’t vote. If they just had a popular vote, then the north would have always won. With the electoral college, they could get a certain number of electors based on population only. And counting three-fifths of slaves, they were able to count those slaves as population—even though they couldn’t vote—and they take the presidency. And so that is really why the electoral college, when James Madison had the opportunity to rewrite the 12th Amendment, persisted. So much of what this country is about goes back to slavery. Isn’t that interesting? Isn’t that fascinating? So why are we holding on to this thing that really just makes certain people’s votes count less? All that voting in California for Hillary Clinton, it’s like our votes didn’t count because of the electoral college.”

Politics
More From the series Celebrity