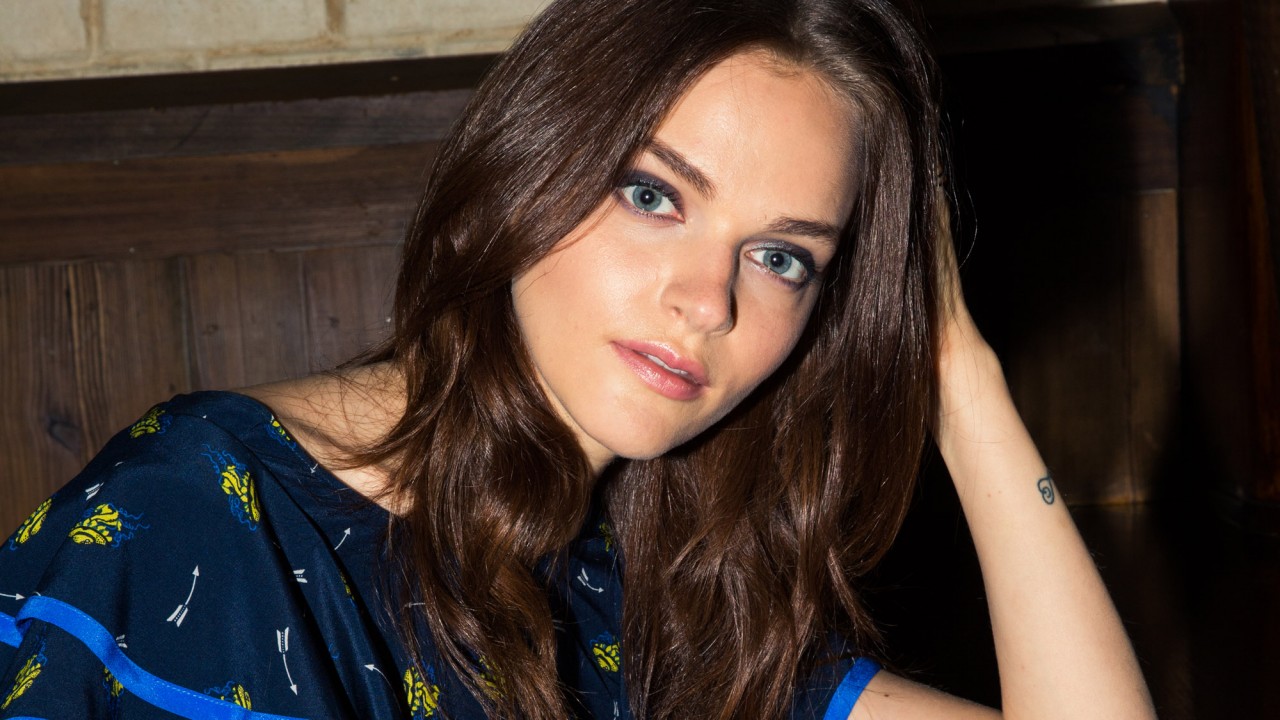 As we sat down to chat with Madeline Brewer, she felt the need to come clean. “I’m not a photo-taking person,” she told us…after spending around thirty minutes in front of the camera (and nailing every shot). “I don’t take pictures. I don’t like to be in pictures. I’m just…ugh.”

It sounded strange coming from someone who stars on the Hulu hit The Handmaid’s Tale. So we immediately asked her about it, pointing out that very detail.

“I get to be somebody else in front of the camera,” she reminded us. “It sounds crazy, but when I watch myself as another character, it’s like I’m watching someone else. I don’t project any of my insecurities onto them, so I don’t have to think about it. But if it’s me, then all of my insecurities are there, in my face.” 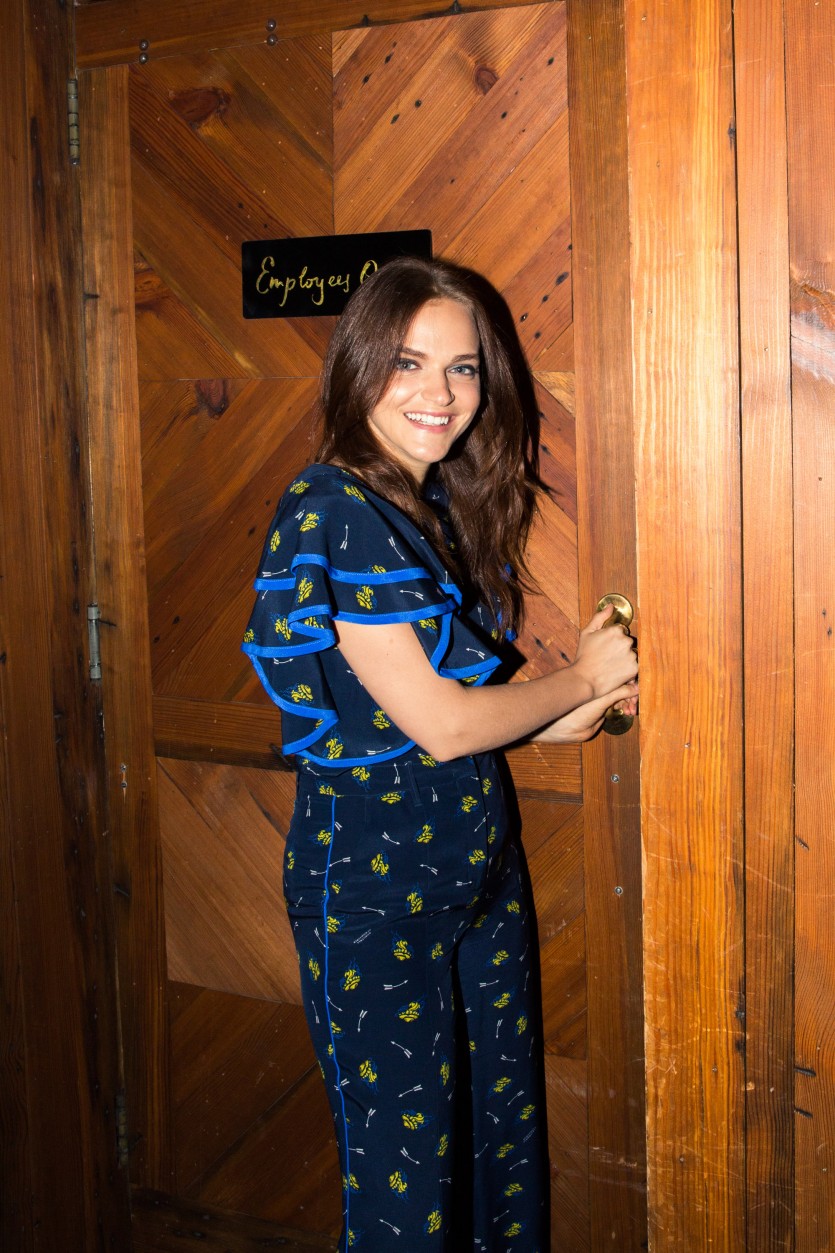 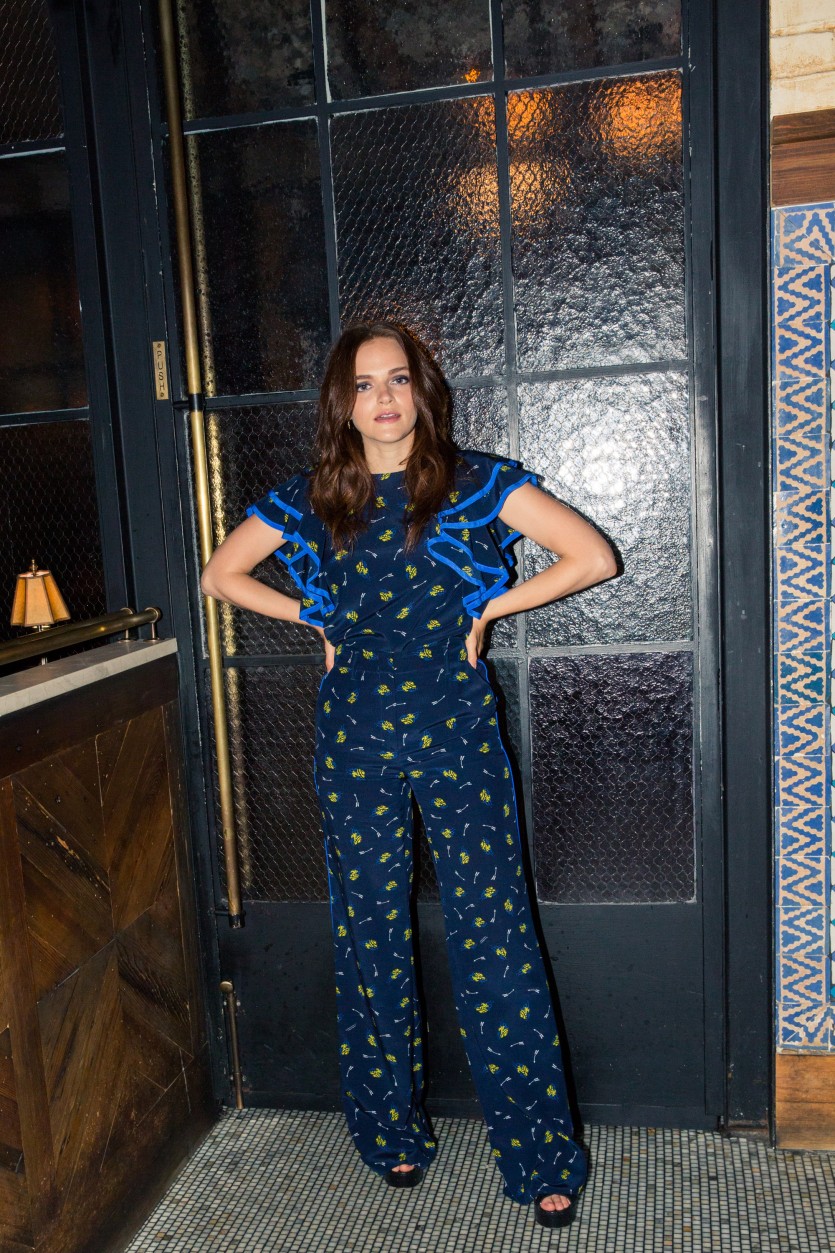 If you’ve watched Handmaid’s, then you’ll recognize Madeline as Janine: a character who started out as someone outspoken, then got a little…crazy after spending some time in Gilead (totally understandable). Madeline, however, refers to Janine as “layered.”

“It’s something I honestly learned from Uzo Aduba when she was playing Crazy Eyes,” the actress revealed, reflecting back on her Orange Is the New Black days (remember Trisha?!). “If you play a character as crazy, number one, there’s nowhere for it to go. But you’re also just not doing your character justice. They got there some way, you know? They have a past. They have layers.”

Finding how to navigate those layers and bringing Janine to life wasn’t easy, but it was far from the only challenging part of the gig. For starters, Madeline had to wear that elaborate handmaid costume, which she often pulled on while wearing her fake pregnant belly. “We had these spats that we’d put over our boots, but [the costume designer] Ane Crabtree wants everything to be really authentic. [The characters] wouldn’t have had zippers, so we had little hook and eyes to hook for each specific thing.” 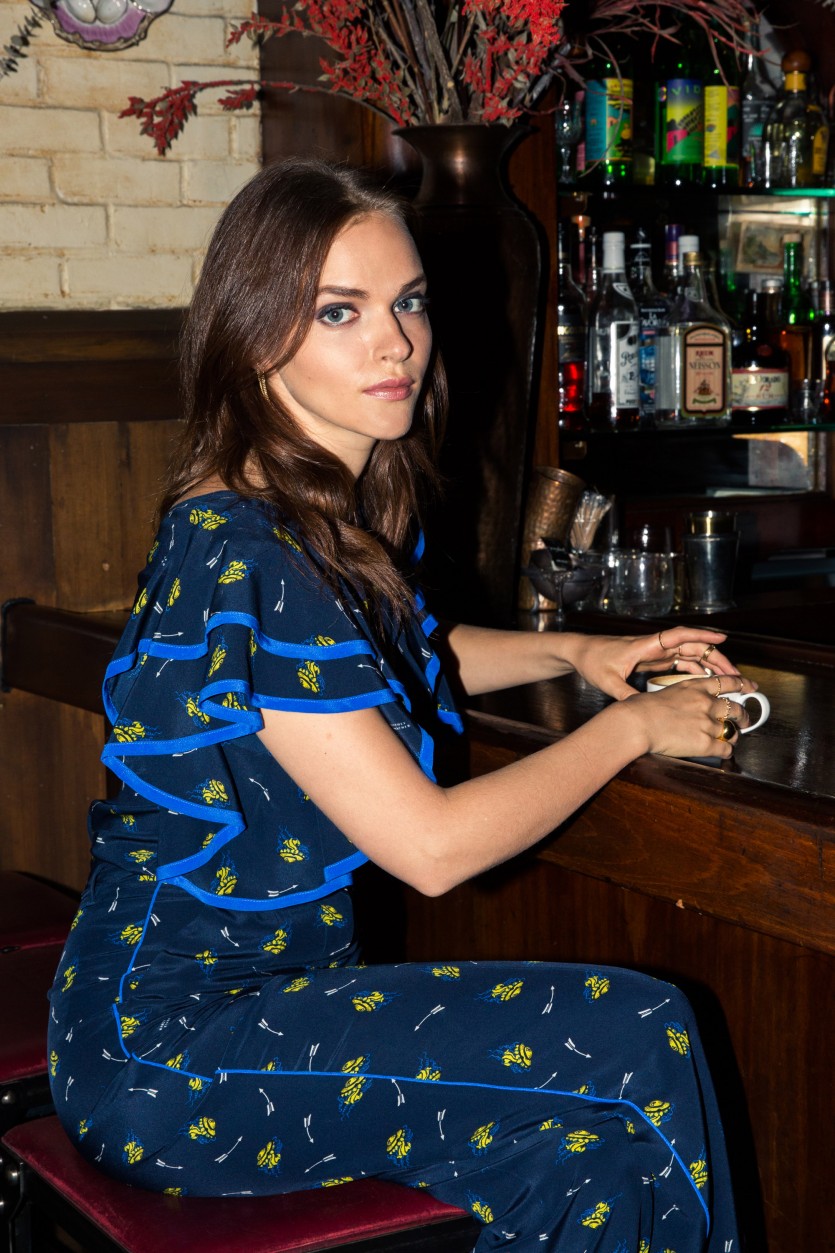 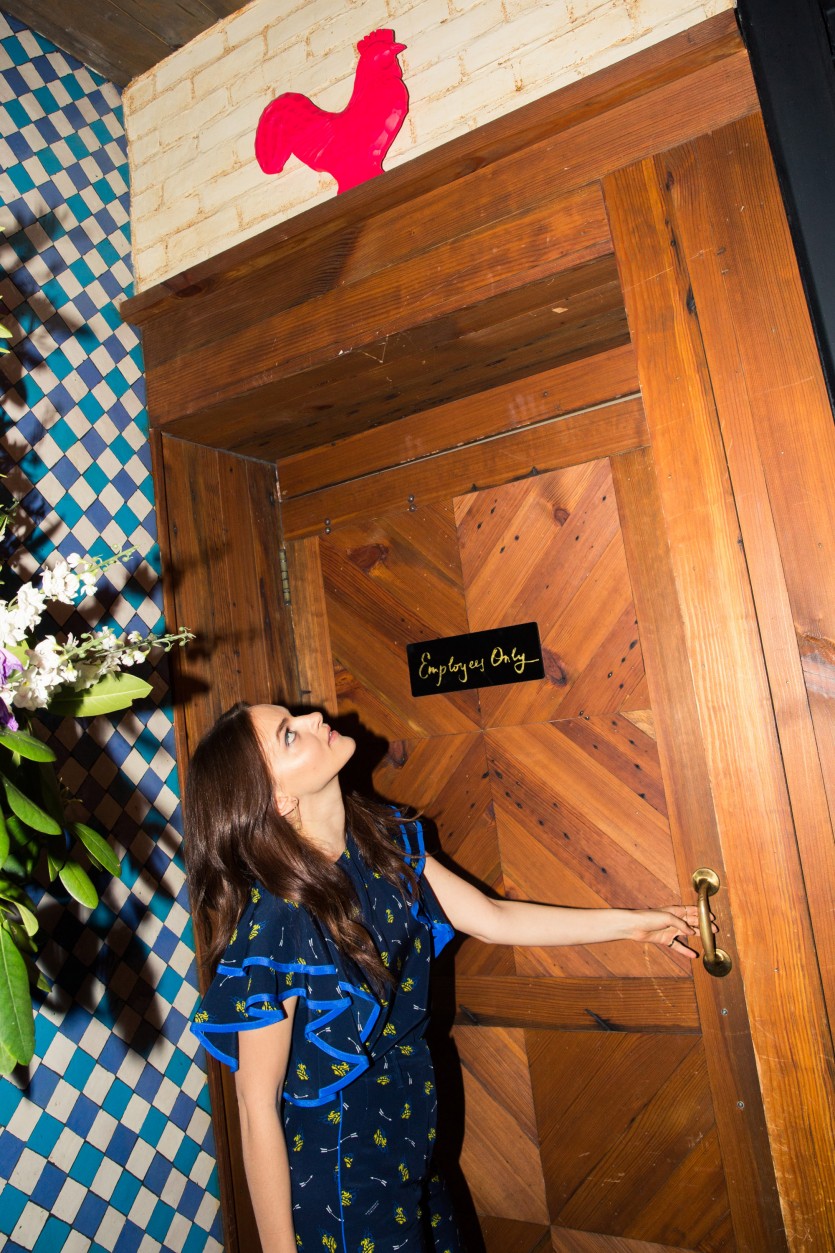 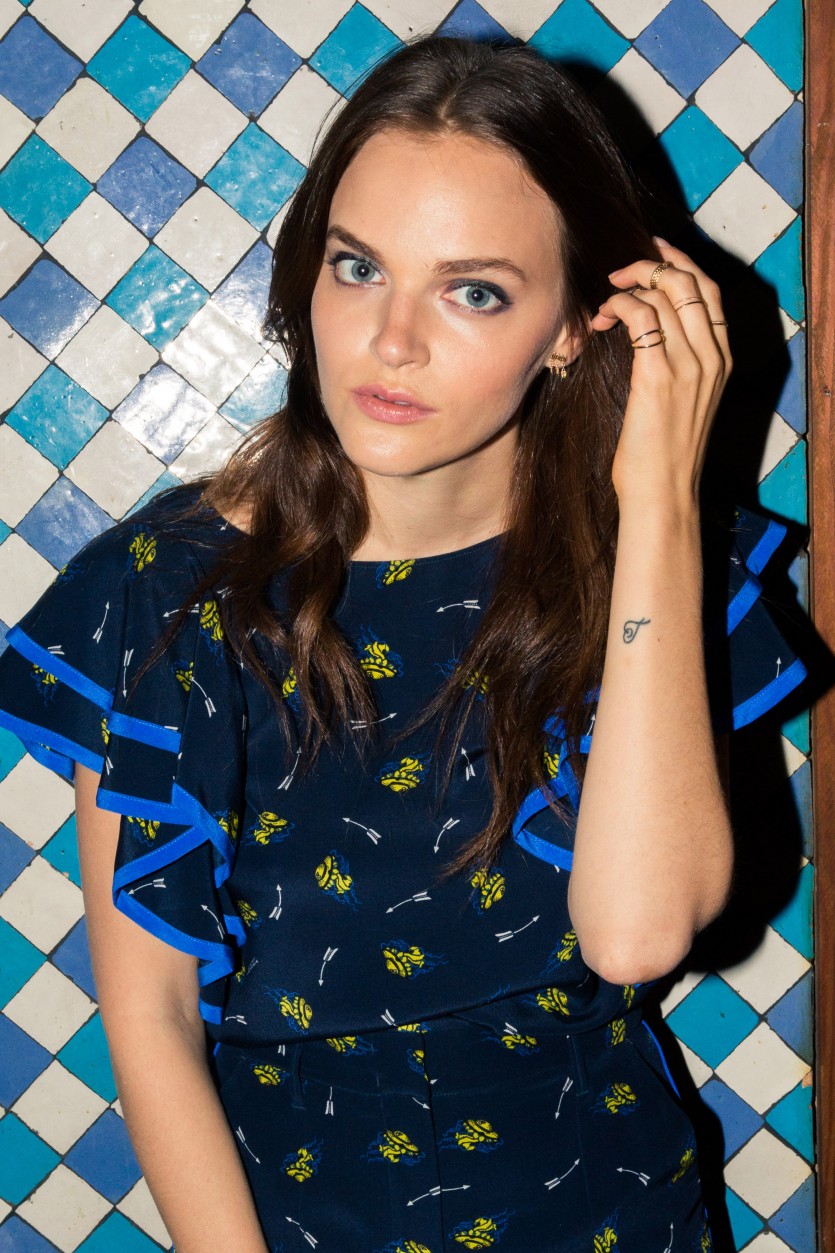 Then there was the fact that Janine—*spoiler alert*—loses an eye early on.

“Some days I was just like, get me out of here,” the star said of having to wear a prosthetic. “After having that thing on for like, 14 hours, I was going crazy. It would itch sometimes because my eyelashes could still blink underneath.”

But did the no-eye thing throw off her balance at all?

“Surprisingly, it didn’t because I’m already legally blind in this eye,” she said. “I can see, but it’s very blurry when I close my left eye. If we had decided that [the other] eye was the one that needed to be covered, it would’ve been a pretty disastrous time.”

Before landing the role, Madeline admitted she hadn’t read the book, but did have some history with it. “It was my grandmother’s favorite book of all time,” she said. Once the star finally finished the 1985 dystopian novel, it ended up being life-changing. “No matter where you are in your life, it’s kind of like a turning point for you as a person.” 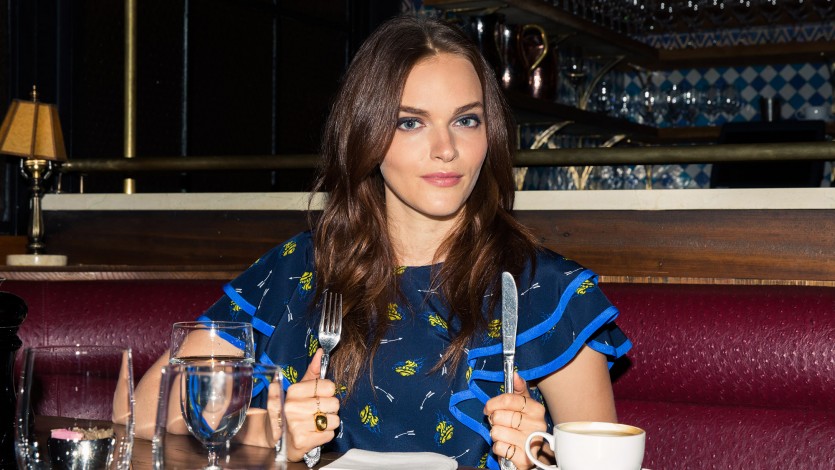 Now that the first season is complete and the book’s story has been told, one question remains: Where will the show go from here? Madeline is wondering the same thing, but has high hopes for season two—which has been confirmed by Hulu–along with plenty of questions she’d love to have answered, purely as a fan.

“I would really like to see things like what an unwoman looks like,” she told us. “You hear about them in the book, and you hear about them in the show, but you never see an unwoman. You hear about the colonies—colonies are where you go to clean up toxic waste and then your skin falls off and you die. I want to see that place. I would also like to understand more of why a woman is a handmaid. She has healthy ovaries and that is above all else, but why is an aunt an aunt, and why is a Martha a Martha? And what happened to all of the marriages—like the real, not-deemed-unlawful marriages—that were between a man and a woman, whether they had kids or not? Do those marriages remain intact even if they weren’t commanders or guardians of the faithful or whatever? What happens to those people? I’m so curious! I just want to know!”

We’d like to know, too. As for now, we’ll be waiting, not-so-patiently, for more episodes to be created—and to see a bit more Madeline on-screen.

The Handmaid’s Tale’s Yvonne Strahovski Made Me Believe in Ghosts
Evan Rachel Wood Says Season 2 of Westworld Is “Twice as Crazy”
Did the Women’s March Actually Accomplish Anything?