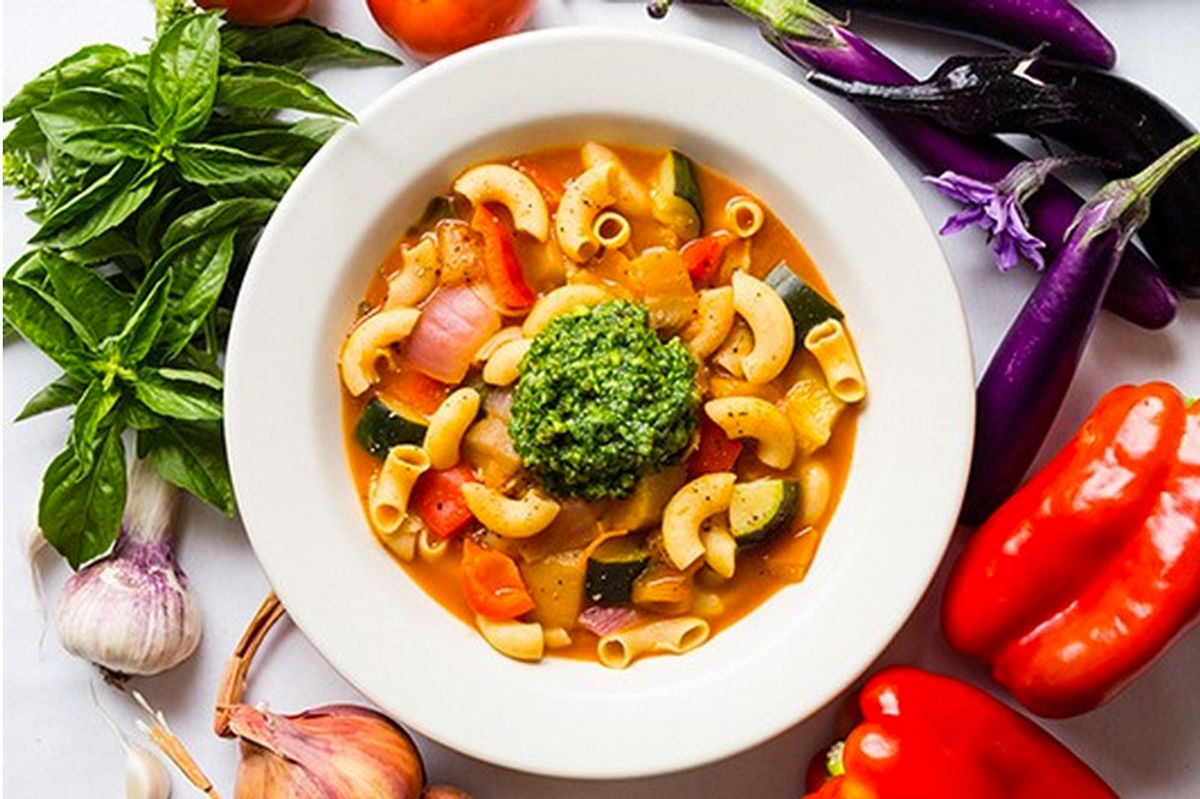 A few weeks ago, Coveteur tasked me with trying 22 Days Nutrition, also known as the Beyoncé vegan diet. At the time, it was the middle of fashion week, and my judgment was impaired, so for some reason I agreed to forgo bacon, dairy, and basically all of life’s other greatest pleasures for three entire weeks.

For those who are unfamiliar with the Beyoncé diet, it came to be when Beyoncé partnered with her trainer/nutritionist Marco Borges to bring her plant-based diet program to the masses via home delivery (full disclosure: Beyoncé and Jay-Z are both active shareholders in the company). The 22-day regimen is based on the thinking that it takes 21 days to break a habit.

There are a few different meal plans to choose from, ranging from one to three meals per day and lasting anywhere from a couple of days to the full 22. I opted for three meals a day for 22 days, because that’s what Beyoncé does. That particular plan costs $609.84 total—a cool $300 more than I’d normally spend for three weeks’ worth of groceries—and is delivered to you once a week for three weeks in huge insulated coolers with frozen gel packs. The food is fully cooked and prepared; all you have to do is heat it up in the oven or microwave.

Before I tell you what happened, I should let you know that I love food. Like, I really love food. To put it into perspective, in the fifth grade we were all asked to write down three things we couldn’t live without. Most people put down their mom or their dad or their family dog. But I put down pigs in a blanket, chocolate milkshakes, and smoked salmon. This is all to say, eating vegan for three weeks was rough. Turns out replacing cheese isn’t so easy.

If I’m being completely honest, I should let you know that I broke the diet for four days when I went to Austin for SXSW because BBQ, but for the rest of the time, I did manage to stick to the vegan menu and only added in a few vegan snacks like fresh fruit and nuts. During the process, I started a journal called “I’m Hungry—A Vegan Diary.” Below are a few excerpts:

OK, wait, I actually hate chia seed pudding—the texture makes me want to vomit. Lunch has to be better though, how can Montecito Mushroom & Pea Risotto with Black Kale be bad?

I just threw away half a plate of risotto—I guess there is a first time for everything.

All the food has started to taste the same. Moroccan Chickpea Tagine with Dates or Cumin Rainbow Chard and Adzuki Beans, I can’t even tell the difference anymore.

Just found out Oreos are vegan. Today was a good day.

Note to faux-vegans everywhere: Do not go to your friend’s family-style Italian birthday dinner when you cannot eat cheese.

Hey, I love these Parisienne lentils—Bey, you’re on to something here.

Tonight my roommate brought home bacon-wrapped, deep-fried hot dogs topped with celery relish, melted Gruyere cheese, and black truffle mayo. Is that what Beyoncé meant when she said “the best thing I never had?”

It was a roller coaster of emotions, and I would be lying if I said I wasn’t ecstatic when I finished my last vegan meal. But as each day went by, it got a little bit easier. When most people heard I was on this diet, they asked me, “How do you feel?” And about 100 percent of the time, I would respond with “I feel hungry.”

But towards the end, I also began to feel lighter. Like, physically lighter. My pants were looser. I also made a few new observations while eating vegan. First, I follow way, way too many food accounts on Instagram. Second, my entire social life revolves around dinners, brunches, and potlucks. And third, I spend a lot of time each day planning what I’m going to eat. When that was taken out of the equation, I had much more free time to think about other things, and I actually became more productive at work. Food became fuel, a utility, something I did to keep going.

Throughout the process, I kept wondering if Beyoncé really adheres to this diet—for some reason I can’t see her scarfing down microwaveable muffins.

So would I do this again? HELL. NO. (Even at 11 years old I knew the importance of a good pig in a blanket.) However, I would eat these meals in the future, but for a shorter period of time. Twenty-two days was 18 days too long.