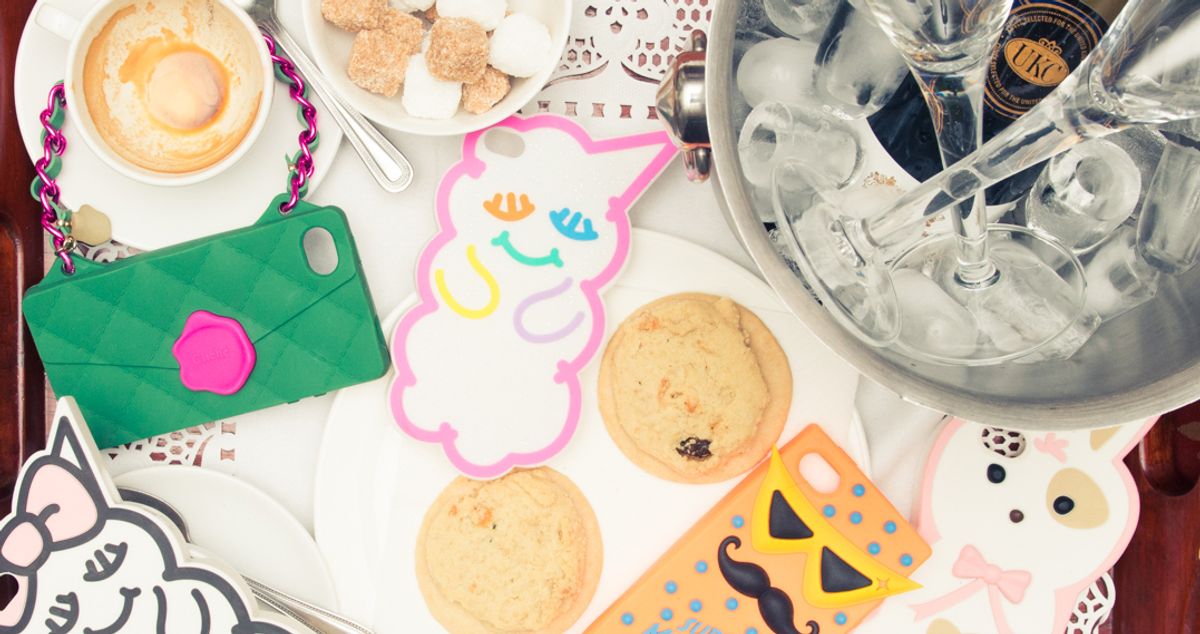 How to Beat Late Night Cravings in 60 Seconds

Not to state the obvious, or anything, but we’ve developed what some would consider a tendency for having late-night bad habits, more so late-night bingeing. As in, aside from reallllllyyyy wanting one (or two) of those Milk Bar cookies your roommate just whipped up, you’re likely slung across your couch on your laptop, phone, and in front of your Apple TV doing work, texting/Instagramming/Snapchatting, and Netflix-bingeing, respectively. We’re sure you can relate. And while the easier thing to do is continue to go about our transgressions, we’re kind of in the bettering-ourselves mood. So we came up with a few super easy (because baby steps, friends) ways to beat late-night cravings once and for all, in four easy steps.

Let's just get this one out of the way, shall we? If you’re like us and right around 11:00 PM crave anything salty, sweet, or otherwise, try drinking a cup of tea instead of heading for the pantry. Seriously, chances are you’re a bit dehydrated (our bodies sometimes confuse hunger for thirst; who knew?), and a hot beverage might just be what you need to stop your late-night munchies just long enough for you to get to sleep.

Before you find yourself in another Netflix-fueled Narcos and/or Bloodline binge (we know, we know, it’s hard), consider swapping your watching for listening. Bear with us. We’ve created, on more than one occasion, some pretty damn good compendiums rife with the best Podcasts we’ve discovered post-Serial. (FYI: Season 2 is coming out any month now… ) Okay, so it’s replacing one addiction for another, but at least you can multi-task a little easier, right?

You’ve probably already realized this, but leaving your work, well, at work is about as impossible as not checking your Instagram the moment your morning alarm goes off. But as much as you might not be done by the time everyone else in your office has called it a night, instead of working well past dinnertime, give yourself a hard stop. Because let’s be real, most of those emails in your inbox can wait till morning. OK, so it’s not that easy, but just try, will you? Instead, meet up with your friends for some girl  talk, tapas, and Merlot. We mean, there’s nothing wrong with that. No stress = less cravings.

You used to call me on my cell phone

Just step away from the cell phone. We’ve said it once, we’ll say it again: Texting your ex is NEVER a good idea. Need a reminder? Read this.
Anyways. Whether you’re guilty (or about to be guilty) of the above, or you spend the hours after work scrolling and swiping in the glaring light of your iPhone, it never hurts to leave it in another room for a few hours and give yourself a break. Just try it.