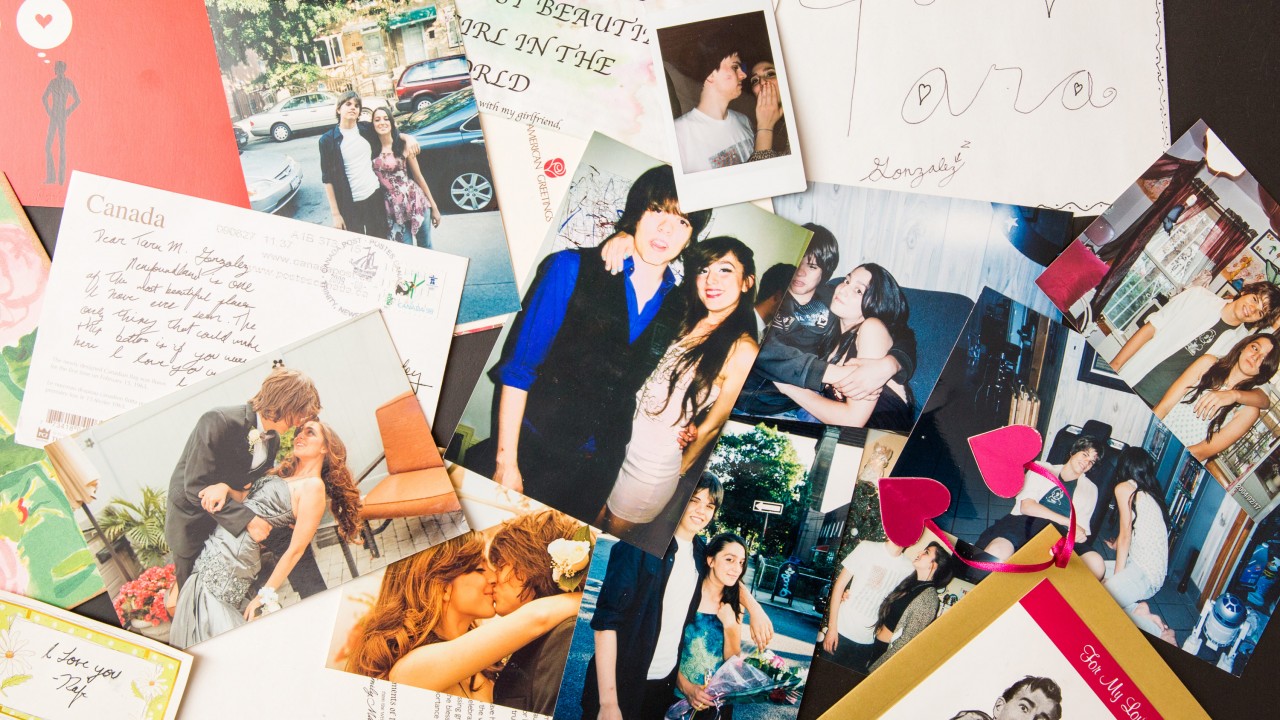 I’m 25 and I’ve dated my boyfriend for a decade.

The first time the first boy I ever liked said “I love you,” it was with a shaky voice over a black phone with a chunky wire. The three words echoed in my ear as I stood feet away from my parents’ bedroom. It was the day after he asked me out. A mistake, a classic case of speaking too soon out of habit. And much to his chagrin, I remember everything about it. The initial embarrassment. The purple shirt I was wearing. The fact that he didn’t call back and that we didn’t talk about it for years.

It was symbolic of how all awkward high school relationships begin. Our first conversation was a botched flirt where he meant to call me a drama queen (a not-so-insulting insult) but instead called me a prom queen (a somewhat random compliment). I didn’t know how to respond, so I pointed out the price tag still hanging from his cargo pants. Then he told me his name was Rafe.

In an attempt to impress me, he lied and said he spoke Spanish. I wore all my “best” outfits on days we had class together. He avoided me in the hallway when a sunburn caused the skin on his nose to peel. I waited an extra five minutes at the stairwell outside of gym class because I knew that’s when he left the locker room. Our anniversary is 4/20. Our first kiss was in the Astoria-Ditmars subway station and lasted seven seconds (I counted). He was my first boyfriend, and I was his second girlfriend, although he’d argue “the first one didn’t really count.”

When Rafe finally told me he loved me, and meant it, we were in my basement with the door to the backyard open, six months after we had started dating. I think there was a concert going on in Astoria Park and the sound streamed through the door. I couldn’t hear him at first. And then he said it again.

I was fifteen and he was fourteen, a six-month age gap he never let me forget. Ironically I remember more about the mistaken first “I love you” than the for-real moment. But I do remember telling my mom after, practically jumping up in the air, to which she almost immediately told me to calm down. “There will be lots of other boys who will tell you that they love you.” But he was the only one that did. 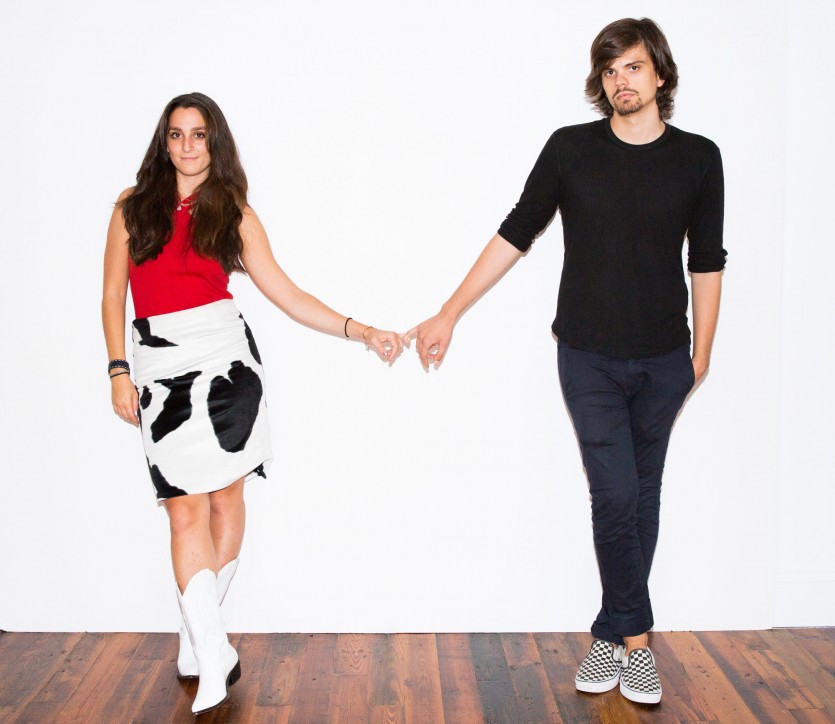 Apparently when he first talked about us to his parents, they weren’t so interested in meeting me because these things weren’t serious. Years later, at my high school graduation party, I heard our parents talking in hushed tones over cake. “Can you believe this?” They were looking right at us, and I saw my mom mouth, “I know!” To everyone in high school, our relationship was cute—this ideal to strive for. To everyone older, it was cute—this doomed pairing that was destined to fail.

But it didn’t. We carved our names on a tree in our schoolyard in the Bronx the day before graduating. I cried profusely in my grandfather’s gold Cadillac as we pulled away from the corner of my home in Queens, Rafe waving, me shaking, as I left for UPenn. The distance from Philadelphia to Boston (Northeastern specifically, where he went to school) was six hours. Six times the subway ride from Tribeca to Astoria. In a melodramatic moment, I cried all over the card he wrote me, and the wet spots turned green over time at the bottom of my drawer in the cabinet pressed against my dorm room bed.

In college, no one thought our relationship of four-plus years was cute anymore. Instead everyone constantly told me how sad it was to be tied down to the past. My roommates never asked about Rafe (some didn’t even ask for his name), but instead reminded me, “There are so many guys here.” College boys attempted to push me up against walls in sticky beer-covered basements, trying to tell me what I wanted from what they’d heard. “But he isn’t even here,” they tried to whisper in my ear, spell out over texts, ping to me on Facebook—as if distance had anything to do with it.

But I took the Megabus and Rafe took the Amtrak, and we saw each other on holidays and during the summer. Every time we were together, it felt different because we were different. But it was nice to have these years together and this new life apart. There was always so much to talk about. So much about each other we had to relearn.

But in the midst of college, around sophomore year, I completely lost it and became a version of myself I didn’t know. I remember the first time I made the first boy I ever loved cry. It was with a shaky voice over an iPhone. And as much as I wish I could forget, I remember everything about it. The day of the week (Wednesday). The blue pillows. The fact that he didn’t call back and that we didn’t talk for over a month. We had broken up just like everyone thought we would and just like all my classmates thought I should. 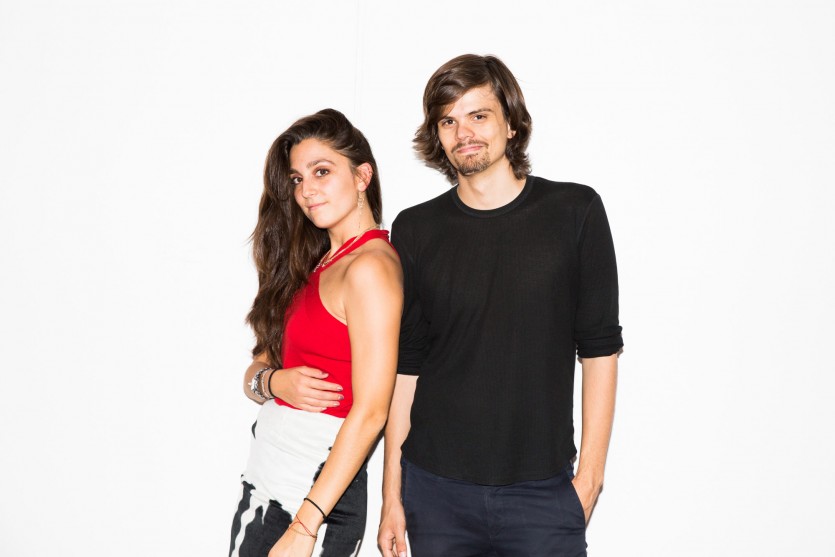 And so we spent some time apart, and I spent a lot of time alone. Or at least I tried. It’s funny how, when I was being selfish, not concerned with him or us, everyone who didn’t want to talk to me about my then-six-year relationship couldn’t stop asking me about it. “What happened?” “What are you going to do?” People wanted to hear about it now that it was over because no one is ever rooting for the high school sweethearts. Everyone was so smug. “I told you so.”

But they were wrong, and we were back together before anyone else could tell me how they felt about it.

This past April we had been together for 10 years. A decade. One hundred and twenty months (give or take a few). Almost 3,600 days. Every time I tell people, I feel the need to prepare myself for their initial shock. Some people think it’s weird, and I feel the need to have a story prepared.

So I decided I should write about it for when people ask. I could just point them here instead of getting into it. When I told one of my friends I was writing about my relationship, she joked, “How to lose a guy in 10 years.” The irony being that against all the odds, we were still together. But it made me think about the first thing people ask after I tell them how long it’s been: “How?”

I always think about the phone calls. The faint voices, the wires, the iPhones, the hours of conversations that were just between the two of us. I think about everything everyone else said about how we shouldn’t be together. How we were too young to be in love, how we were too old to only have been with one another, how we were too dumb to think a relationship that started at fifteen could last forever. Our strength has always been in only listening to each other instead of fixating on what everyone had to say in hushed tones over cake or in beer-smelling dorm rooms. How to lose a guy in 10 years is to listen to everyone else. How to not lose one is to only listen to yourself.

I remember the most recent time the only boy I’ve ever loved told me he loved me. It was a 2:33 AM text on a Wednesday as I finished writing this.