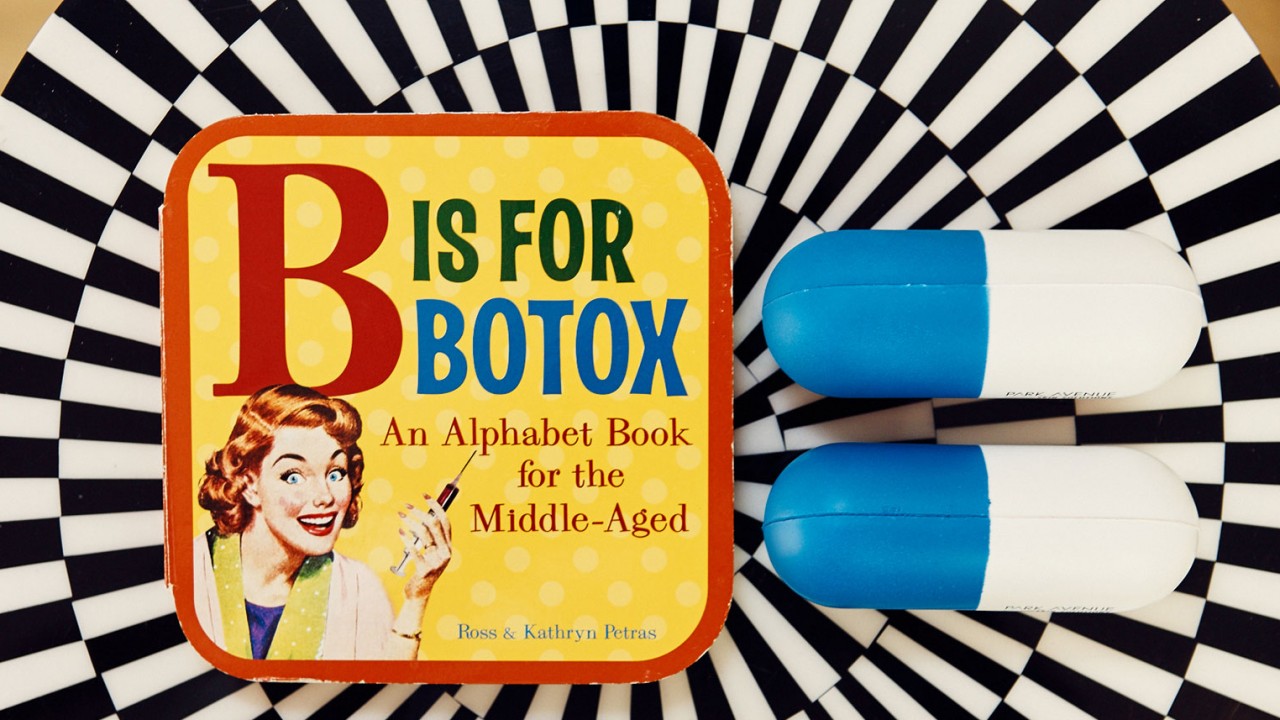 “Aging Gracefully” Is a Lie

Can we stop selling it as feminism?

I was at a party recently, chatting with a group of young ladies. There was a Capri Sun punch bowl, so naturally the topic of ’90s nostalgia came up. One young woman—glowing with effortless sun-kissed youth—sighed and said, “It makes me sad, I just can’t take Meg Ryan seriously anymore after everything she’s done to her face.” As murmurs of mournful agreement passed through the group, I felt a lingering annoyance at the comment and its offhanded dismissiveness. Admittedly, access to the full repertory of facial movement is extremely helpful for actors. But that sentiment—that an aging woman who decides to amend her body deserves to be taken less “seriously”—is more pervasive, and problematic, than we tend to recognize.

The attitude was on belligerent display this summer, when, as you’ll likely recall, President Trump, aggrieved by the poor reviews he was getting on MSNBC’s Morning Joe, took to Twitter to attack its hosts, Mika Brzezinski and Joe Scarborough. It was almost universally agreed to be a vile blow. People were instinctively horrified for Brzezinski; everyone agreed that calling out an aging woman’s plastic surgery was beyond cruel. But Trump knew what he was doing: In the same breath that he attacked Brzezinski’s IQ, he painted a picture of a woman who was desperately clinging to her youth and beauty. He knew that in this country, intellectual vigor and caring too much about your appearance is still a zero-sum game for women. When facing off with a woman criticizing him on cerebral grounds, he attacked her vanity, and vanity—in women—is synonymous with frivolity, insecurity, and being “fake.” It’s hard to imagine a less intimidating intellectual opponent than one who is frivolous, insecure, and fake.

These days allegations of “fakeness,” in particular, are not to be taken lightly. We live in a time where authenticity has never been more worshipped—even as it has never been more manufactured. When a woman gets plastic surgery, it’s viewed by many as a kind of capitulation—a giving-in to her insecurities or her failure to eschew the beauty standard. Of course, every woman is expected to make sacrifices for the sake of beauty, but the moment she crosses the line between expected maintenance and obvious interference, she becomes a cautionary tale. Her body becomes inauthentic, and so do her thoughts and feelings. 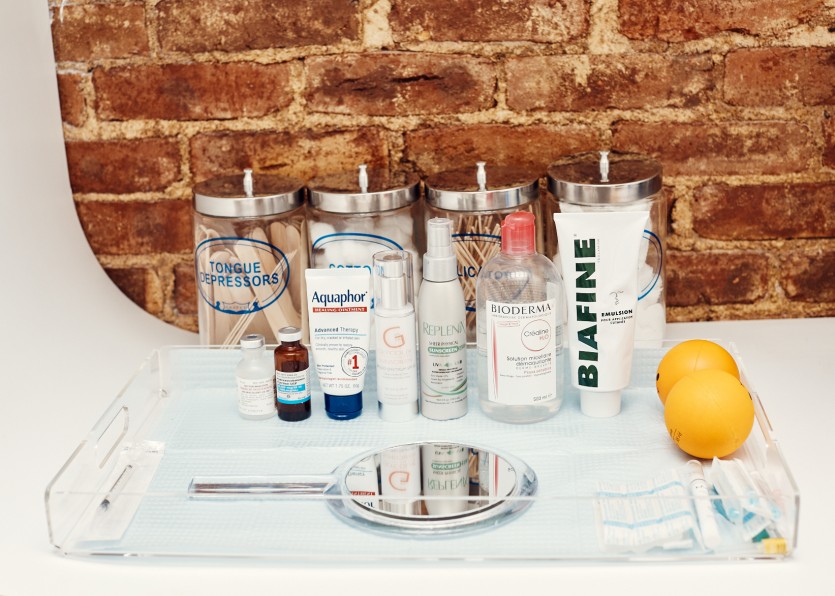 In her memoir that came out a few years ago, Diane Keaton brought up the phenomenon of plastic surgery and said something that stuck with me. “I’m confused by what ‘authentic’ is. Am I less authentic because I wear ‘eccentric’ clothes and hats? No. I look at my contemporaries who have had ‘good work’ done; are they less authentic? No! And neither are the women who’ve had procedures that went awry.”

The tricky thing is, it’s not just men making these judgments. As feminists, we worship at the altar of “aging gracefully,” maybe because it’s easier to rail against a patriarchy that pressures women into impossible standards of youth and beauty than it is to embrace the choices of women who have “succumbed” by resisting the matronly oblivion assigned to women past their physical “prime.” Our choices are to rage against the unknowable darkness of aging or go “gracefully” into it, emitting the soft comet’s tail glow of experience behind us. Men’s cliché midlife-crisis cars and affairs are seen as embarrassing, febrile grasps for youth, sure—but not as embarrassing as a woman who tries to get her face from 1985 back. No, women must go “gracefully,” and to me, that word says it all. It’s a vestige of the belief that women should be poised, and self-contained, and move through the world with a gentle incombustible discretion. “Aging gracefully” seems to require a degree of quiet acceptance, and in a culture that so often relegates older women to the ranks of sexually obsolete caretakers, that may not be aspirational for all of us.

Constantly, we see formidable actresses like Helen Mirren or Meryl Streep hoisted up as shining exemplars of “aging gracefully,” but the idea of a role model for how to age physically is bizarre. We talk about “aging gracefully” like it’s a goal we can all actually achieve if we just set our mind and diets to the task. Teaching our culture to see perfectly normal wrinkles and cellulite and sagging necks and wobbly biceps as sexy is a much harder sell than promoting a delicious United Colors of Benetton assortment of colors and body types displayed exclusively by young, vivacious women. 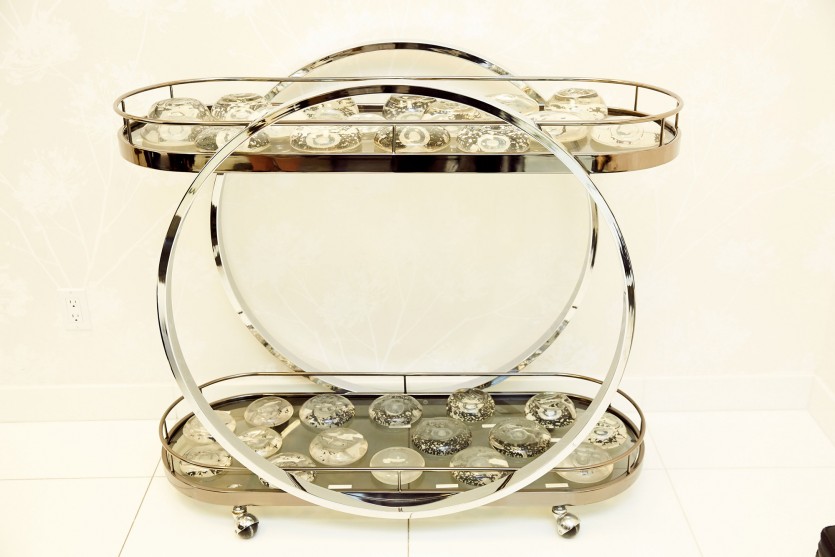 To be clear: The ultimate goal is a shift in social attitudes that would enable all women (and men) to live confidently in the bodies they come in, at all ages. But practically speaking, I’m pessimistic that’s happening anytime soon, and I question whether in the meantime women should be expected to suffer with certain insecurities when there are ways to remedy them—because life as a woman is hard enough. And most important, I believe it’s possible to allow for individuals to make decisions for their own happiness that do not take away from the collective cause of more inclusive beauty standards.

Cosmetic surgery (including noninvasive procedures like injectables, chemical peels, and chemical rejuvenation) is advancing to the point that the frozen façades that made punch lines out of many a Beverly Hills housewife will soon be a thing of the past. Already, unquestionably, more of your own acquaintances have had work done than you realize. Last year Americans spent $16 billion on cosmetic surgery; 11.7 million people had noninvasive procedures alone. If we can’t tell whether someone has had something done or we’re not quite sure, is that more acceptable to our feminist sensibilities? Don’t we dismiss a subtle nip or tuck as “her little secret” until it becomes evident—at which point her choices become public domain and within bounds to foist our philosophical tsk-tsks onto her face and body?

Laura Devgan, MD, a plastic surgeon in New York City, says she thinks most judgments about plastic surgery are simply made without much information or empathy. “Something I’ve really learned to appreciate in my daily job is that it’s very difficult to walk in another person’s shoes,” she says. “You may think that rhinoplasties are for vain, frivolous Hollywood types, but if you’re someone who has always felt bad about the way your nose looks, and you can’t take pictures in a certain way, and you’re always doing your makeup in order to camouflage it—then maybe getting your nose done is just the thing that enables you to come out of your shell and move forward with your life. I honestly think it’s very misogynistic and damaging to put people in a box and say that caring about this thing negates your intellectual capacity to care about all these other things.” 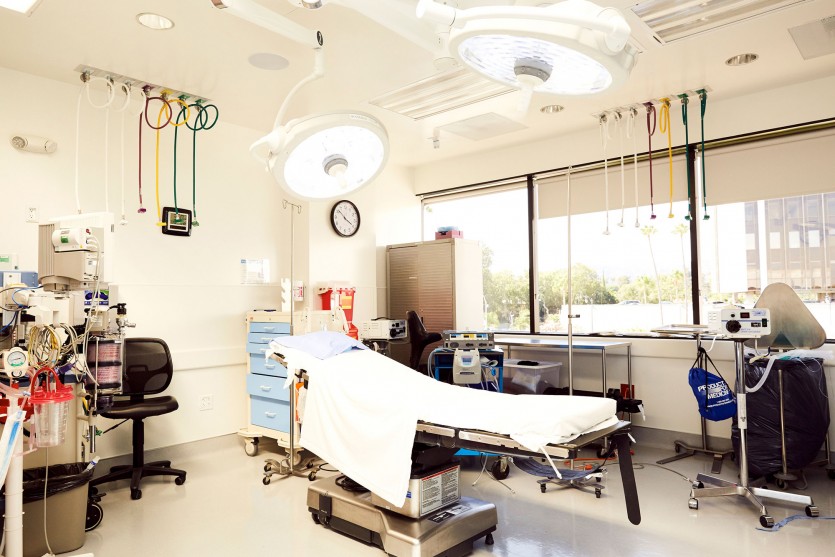 Chrissy Teigen is one of the most beloved celebrity ambassadors of realness at this moment, and she’s jovially claimed, “Everything is fake about me except my cheeks.” Look no further than Joan Rivers, who once said, “I’ve had so much plastic surgery, when I die they will donate my body to Tupperware,” to know that going under the knife (… a lot) hardly slices away at your self-awareness. Neither Betty White nor Gloria Steinem approved of plastic surgery in theory, but both fessed up to having their eyelids done. Sheila Nevins, the longtime president of HBO Documentary, said, “I had a face-lift. I am vain and somewhat superficial. But I’m also complex and deep and wide.” And Mika Brzezinski herself acknowledged after the Trump Tweetmageddon that she’d had her chin “tweaked.” “The skin under my chin,” she said. “I’m pretty transparent about what I do, and I think it looks awesome.”

So who do we allow to be our role models as feminists? Who do we accept as aspirational, and why? Where falls a middle-aged CEO who decides to get a breast lift and liposuction so she can stop feeling insecure every time she lays down the law to a boardroom? Is she doing it for others or for herself? Does it matter? If that CEO opted not to have the procedure, would she be an even better role model—for white-knuckling it through the insecurity? Yes, some would say, because she sets an example of what it means to live in a real woman’s body at all stages of life. But do we really expect all women to make examples out of their own bodies? Aren’t we suggesting that what they’ve accomplished with their minds isn’t enough?

This isn’t about trying to normalize or encourage plastic surgery. No one should ever, ever, ever be made to feel like they should change something about themselves, and the proliferation of plastic surgery in our culture has many downsides. It’s expensive, for one, so getting work—and particularly “good work”—becomes a class indicator. For another, our culture’s beliefs about who is allowed to get plastic surgery are deeply entrenched in our views on race, like everything else. But when it comes to the principle of the thing, let’s be realistic: The desire to preserve youth and enhance beauty has existed since the first human caught a glimpse of their reflection in a rain puddle. Now that we have tools to actually do this in some capacity, do we seriously think this is going away? Talking about the issue honestly and openly is a way to take power back from men who believe they can cheapen our thoughts and exert control over our bodies by pointing out our insecurities and “fakeness.” Maybe the first step is to stop framing the choices that women make to change their bodies as “inauthentic” or even decisions made indisputably for men. As Dr. Devgan says, “Plastic surgery doesn’t need a public service announcement or a popularity campaign. It’s just a situation where people need to get off each other’s backs a little bit.”