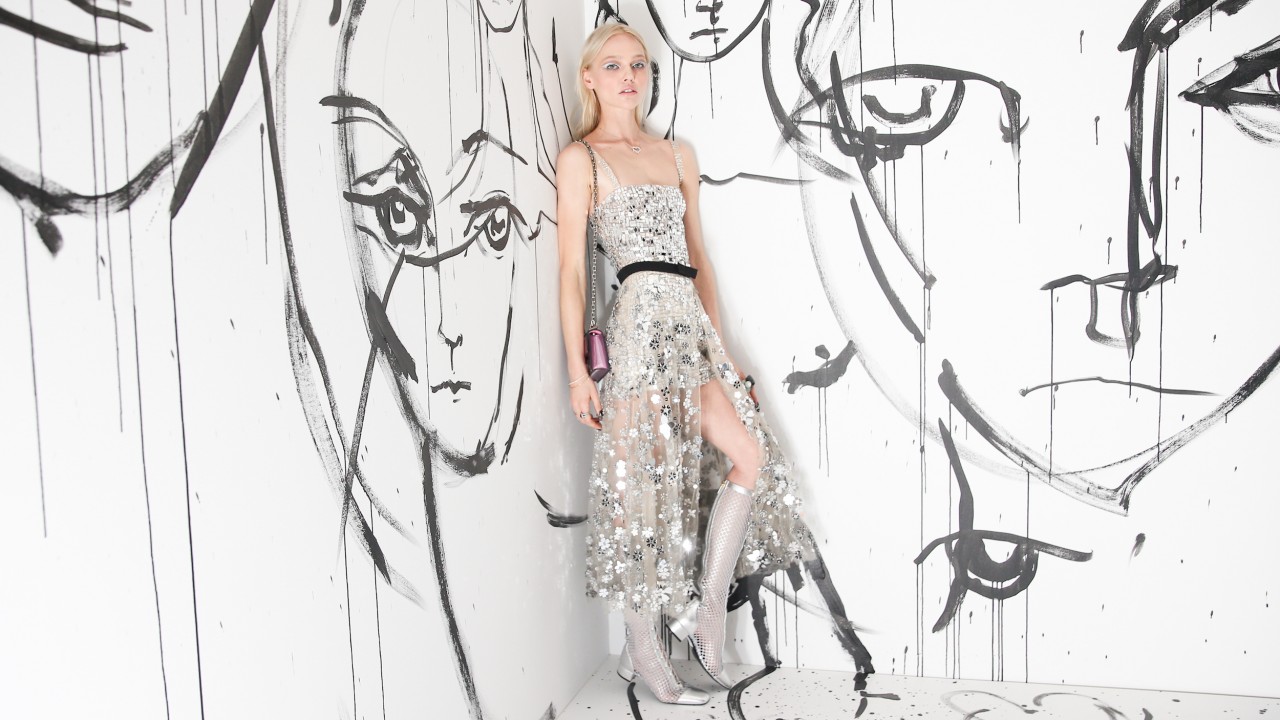 And she gave us an exclusive photo diary from the evening.

As far as iconic models of the early aughts go, it doesn’t get much more iconic than Russian supermodel Sasha Pivovarova. Her catlike eyes and delicate features ushered in an era of alien-esque beauty that practically defined the era. But being one of the faces of a century isn’t all! She’s also (surprise!) a super-talented artist.

Last night, to celebrate the brand’s spring/summer 2018 collection launch, Sasha alongside Dior, hosted a party featuring a floor-to-ceiling installation of portraits painted by the supermodel, and roughly 40 additional works she created. When Chiuri showed this collection in Paris, she chose Pivovarova to open the show in a shirt asking “Why Have There Been No Great Women Artists?” in reference to Linda Nochlin’s 1971 critical essay with the same title.

The best part? The supermodel documented her whole getting-ready process just for us. Click through below to see how she prepped for the big night.

“My outfit for the night.”

“From the outside looking in. Can’t wait for the event!”

“Life Sessions, painted by yours truly!”

“Getting ready! Green tea is a big part of my beauty routine, it keeps me awake and feeling great.”

“Let’s get this party started!”

“I adore this full silver look from Dior’s spring/summer ’18 collection, it makes me feel like a modern-day princess!”

“Enjoying a moment with Karen Elson—thank you for coming, dear!”