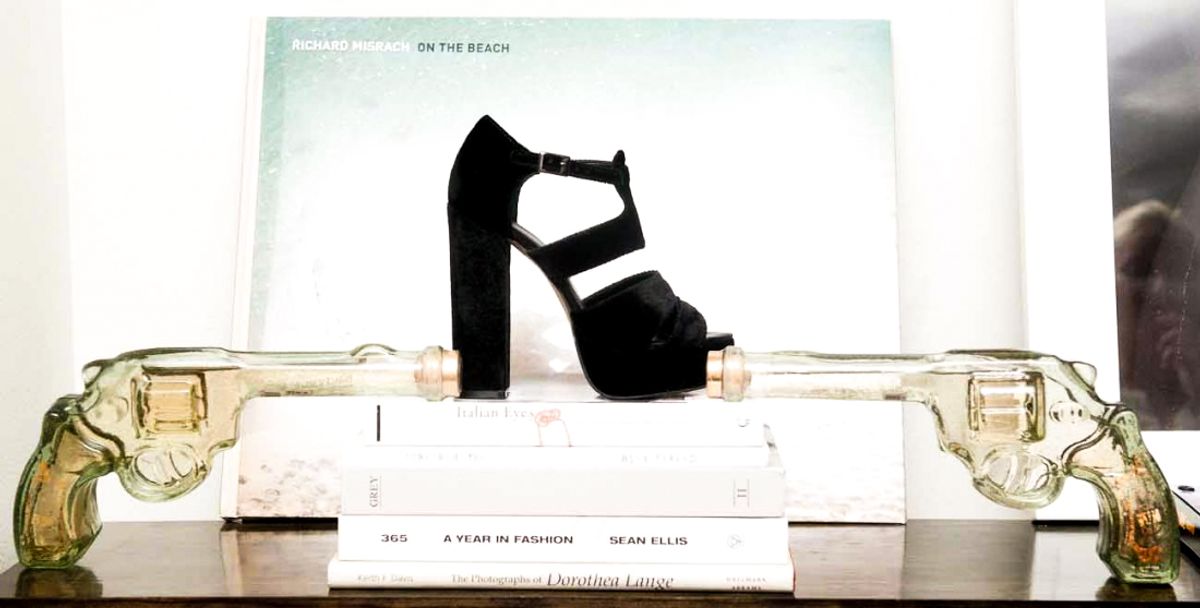 How to Get Out of a Bad Date in 60 Seconds

Yes, there are several apps for that.

Almost everyone has one exceptionally bad first-date story. And if the actual letdown itself isn’t quite bad enough, it’s the whole now-what-the-hell-do-I-do dilemma that really clinches the whole thing. But fear not—there’s no need to go full How to Lose a Guy in 10 Days on anyone to weasel your way out of an awkward spot. There’s a handful of ways to get out of a bad first date in one piece with a good part of your dignity still intact. Here’s how.

...at least if you’ve never met said date before. There’s just too much at stake. It’s all in the pre-date planning: Go with drinks and the suggestion of a dinner afterwards. “Let’s grab drinks, and maybe something to eat later?” The truth is that you’ll finally be able to shake out in a matter of seconds whether you actually like them, so why drag things out longer than needed? If you get along with one another, you can start talking entrées.

At least, this is the goal. Occasionally, when you find yourself on a Tinder, Bumble, or even a blind date, even if you know you’re never going to see the person across the table from you ever again, you stick it out. They’re fine, but the feeling of “meh” is hanging in the air, and you’re pretty sure it’s mutual. No harm, no foul. But that is not the kind of situation we’re dealing with here.

We’re talking about the kind of date when you find yourself discussing appetizers with a flat earth truther. Or a pickup artist. Or someone who hasn’t stopped talking about CrossFit long enough to ask you how your day was. Things are going wrong fast, and you need to get the fuck out of Dodge. No amount of alcohol will make the situation tolerable, either—it’s not worth drinking yourself into oblivion for this. So? Just say so. Cushion the blow by saying you swear your friend would be perfect for them (with the promise of setting them up, which you never actually deliver on), that it was nice meeting them, but you don’t want to waste anyone’s time. Plunk down enough to cover your part of the bill, and make your exit. This might take a considerable amount of courage, but it’s probably the most admirable and least shady route. No guts, no glory, right?

Speaking of no guts, no glory... If you’re in town for one night, or your suitor is, and you’re pretty damn sure you’ll never see them again (or don’t care—case in point: flat earth truthers), you’d be surprised how many among us can be pushed to resort to an old-fashioned Irish exit. As in you get up to go to the restroom, and don’t ever come back. Quick and dirty, but efficient.

Jumping up to exclaim you left the stove on or forgot to feed the cat doesn’t quite cut it anymore. There are a bevvy of “bad date” excuse apps in the Apple Store, but Chelsea Handler’s (!) “Gotta Go!” app takes things to the next level. If you’ve already watched Chelsea Does Silicon Valley on Netflix, you get the gist, but this app allows you to set a time for a fake phone call (from a real voice) or fake text messages (that you craft yourself ahead of time, so you have something to show and swear you’re not faking) all with a slick, emoji-fronted interface. From fake emergencies to having your roommate remind you it’s your turn to take the dog out, it’s all up to you to. Genius.

The one time you might actually be thankful for the weird societal stigma around totally normal things women’s bodies do? When you need to get out of a shitty date and you know fronting like you’re “just so embarrassed, but I just got my period and have to go change!” after returning from the restroom will shut things down faster than Beyoncé at the Super Bowl.

6. When Shit Gets Real

All jokes and needing-to-escape-from-eye-roll-worthy-but-not-actually-concern-raising situations, aside; sometimes shit gets real. And so this recommendation isn’t just limited to bad dates—it can be used anytime you have to deal with a skeevy guy, first date or otherwise. The Hollaback app, intended to target street harassment, can be used to alert other women using the app about anyone sketchy in the surrounding area. Similarly, apps like Companion  let you share your intended route with people in your contact list and lets them know when you get home safely, as well as update other users on areas or incidents to be wary of, and even contact police with the tap of a button when necessary.