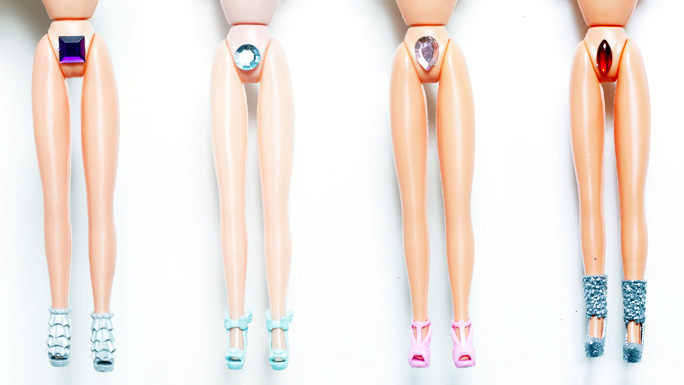 The Truth about Vaginal Laser Treatments

New treatments claim to “tighten” and “rejuvenate.” But do they?

When you stop to think about it, “vaginal rejuvenation” is a funny phrase. It sounds like a bizarre HGTV show about gynecological makeovers (“Next up on Vaginal Rejuvenation, Cindi decides to match the carpet to the drapes!”). Or, more darkly, the term conjures the retrograde belief that vaginas should look or feel a certain way—rightfully making women bristle at expectations being slapped on yet another body part, or the sexist idea that a tight vagina is the only way to go.

The reality is more nuanced than that. In doctor’s offices and niche medispas today, there is a growing category of non-invasive, painless (yes), energy-based treatments with names like FemiLift, IntimaLase, MonaLisa Touch, ThermiVa, Ultra Femme 360, and Vivive that aim to stimulate collagen and increase lubrication. Both benefits can lead to better sex and even a younger look sometimes, but the phrase “vaginal rejuvenation” isn’t favored by some of the doctors we spoke with. “Vaginal rejuvenation is a marketing term, not a medical one,” says Lauren Streicher, MD, the medical director of the Northwestern Medicine Center for Sexual Health and Menopause in Chicago, who uses MonaLisa Touch. “My patients don’t come in to have their vaginas rejuvenated; they come in because they are having medical problems that need a solution.”

Various vaginal treatments have been developed since the late 1990s, but two technologies are the front-runners: carbon dioxide (CO2) lasers, and radio frequency (RF) treatments. (There are at-home devices too, but they haven’t been studied extensively enough for us to recommend their use or go into them here.) We found that CO2 lasers tend to be used by gynecologists, and RF treatments are often offered by plastic surgeons and other cosmetically astute medical professionals, but both target the same symptoms in different ways.

“I think this is a new frontier for women,” says Gregory Mueller, MD, a board-certified plastic surgeon in Beverly Hills who has been using UltraFemme 360 for the past 6 months. “It’s a really nice thing for a woman to have more satisfying sexual relations, to feel better about herself, and to not have to wear a pad for urinary leakage problems. It’s not about pleasing a man; it’s a quality-of-life issue.”

From a purely medical perspective, young women are unlikely to need a vaginal treatment. More often than not, it’s older women, and women living through illness, who can benefit most and, based on the research so far, from CO2 treatments in particular. “Many things can cause vaginal tissues to become dry and painful,” Dr. Streicher says. “Most commonly, it could be menopause, but it might be chemotherapy or radiation to the pelvis for women going through cancer.” Those symptoms, which can show up during cancer treatment no matter your age, might include incontinence or seriously uncomfortable and painful conditions like vaginal atrophy (thinning and shrinking tissues, and a decrease in lubrication, due to a lack of estrogen). Discomfort during intercourse is often a side effect of these issues. Basically, it can be physically and emotionally devastating.

As for young mothers that may talk about “loose” vaginas, as they are wont to on reality TV, Dr. Streicher says she would never recommend the CO2 lasers to a woman whose vagina feels different after childbirth. “Things are different after a baby,” she says. “But if we’re looking at a premenopausal woman, that would not be an indication for use of a CO2 laser.” For mothers experiencing laxity or losing urine when they sneeze, she typically recommends pelvic floor physical therapy and/or Kegel exercisers, such as Peri Coach.

In Dr. Mueller’s experience, it’s the RF treatments women of all ages seek out in search of a tighter vagina. He says that when he first invested in the radio frequency technology for his practice, he anticipated that his patients would be mostly peri- or post-menopausal women. “But what we’re learning,” he says, “is that [this works] for any woman who has dryness, painful intercourse, certain bladder control issues, or decreased lubrication.”

No matter your situation or the technology you seek, it’s imperative to get a full gynecological checkup before embarking on any course of action. “We want to rule out any possible other causes of this that would require other treatments,” says Dr. Mueller, who asks patients about their most recent exam.

A little more about CO2

CO2 lasers like the Mona Lisa Touch, which Dr. Streicher uses, create microscopic incisions in the vaginal tissue. The healing response, in turn, stimulates collagen and thickens vaginal skin to increase more lubrication and elasticity. Despite how it sounds, “it’s not a painful procedure,” Dr. Streicher says. “For patients, the most painful part of it is writing the check.” (Expect to pay around $3,000—and no, insurance won’t cover it.) Unlike similar treatments for your face, which really do hurt, the anatomy of your nerves are different in vaginal tissue, and also, the lasers don’t go very deep.

The entire procedure takes about 10 minutes: A practitioner places a tubular wand in, gently rotating and withdrawing it one centimeter at a time. Three treatments, spaced six weeks apart, are typical. “This will usually last one year, and one year later, patients come back for a booster treatment,” Dr. Streicher says. “The majority of my patients who return say that they’re still getting the benefits.” Benefits like more collagen and increased blood supply, which in turn lead to greater sexual satisfaction. Not a bad side effect, as they go.

Does it really work? Well, in clinical trials, the vaginal walls of post-menopausal women looked essentially the same as those of 20-year-olds. Theoretically, lasers could even someday replace topical estrogen, which is currently the more popular intervention. But, as Dr. Streicher points out, while CO2 lasers are effective and even life-changing, they shouldn’t be a first resort. “Some prescription medications can give them essentially the same result,” she says. “If they do opt to go ahead with the laser procedure, great—but at least they’ve been evaluated and given all of their options. That’s the only medically responsible way to do this.”

A little more about Radio Frequency

“Radio frequency vibrates molecules, creates heat, and stimulates collagen production as well as blood flow,” says Dr. Mueller. “When you have those two combined, that collagen is more elastic, and the blood flow brings more moisture.” The BTL UltraFemme 360 he uses is an eight-minute RF procedure. “It’s a really safe energy, and I think it would be very hard to cause a complication,” he says. A series of three weekly treatments is recommended; each costs between $1,000 and $1,250 per treatment.

Like CO2, RF treatments are painless and quick, and involve slowly inserting and removing a skinny probe. Unlike CO2, however, patients can get right back to sexual activity if they choose. “We’ll get calls back the next day where they’re amazed at the level of intensity of the orgasm they had, that they didn’t have any pain, and that they felt like the soft tissues were more moist,” Dr. Mueller says.

For some women, particularly those struggling with extreme dryness, atrophy, or discomfort from a drop in estrogen, these procedures can help regain normalcy and pleasure, and even be life-changing. But if you don’t fall into that category, yet you worry that your vagina is too loose, the best first step should be examining your thinking. “Yes, you should feel good about your genitals,” Dr. Streicher says. “But you don’t want to get to the point of saying that if your genitals don’t fit that perfect little construct of what we think genitals are supposed to look like, then you have to do something to change it. In other words, the best way you do you is to educate yourself and try to block out those external motivations. If you do go in for a treatment, we recommend looking for a doctor that has more than one solution to recommend—this will typically be a gynecologist—so you know you can weigh more than one option.”