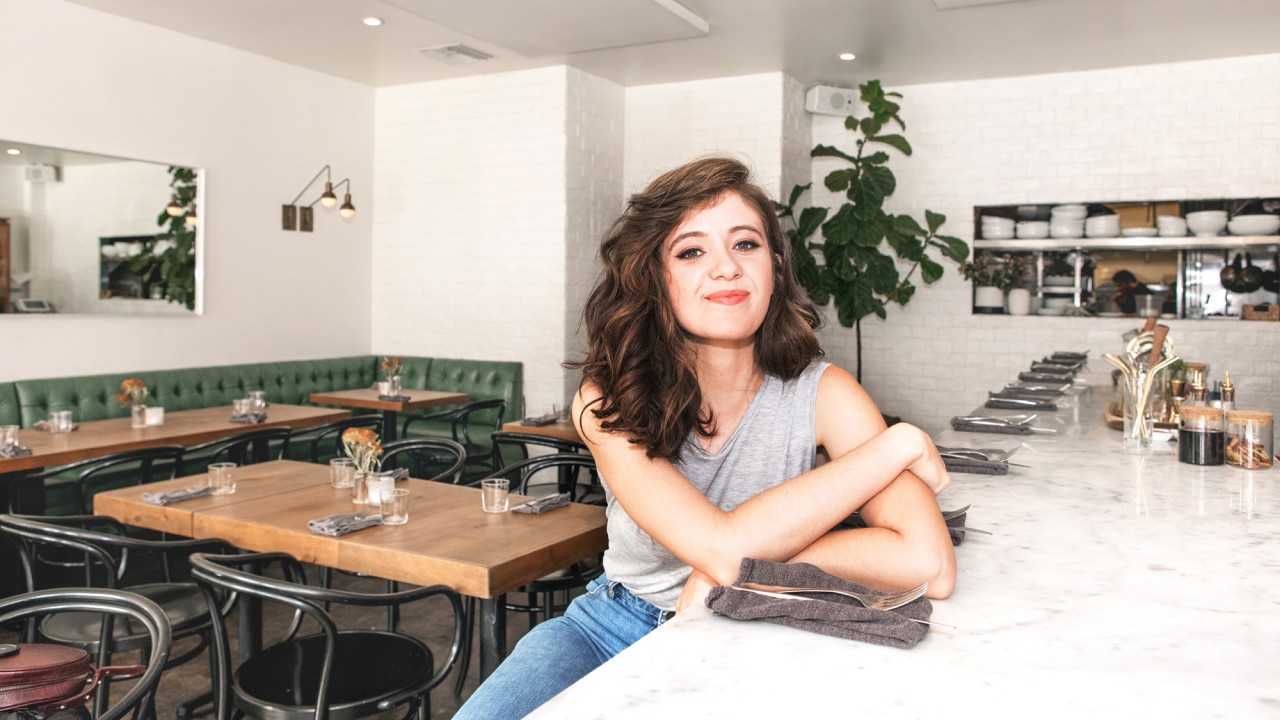 She’s a comedian, a writer, a director, an artist, and the creator of a hilarious film called Mr. Roosevelt.

If you’ve ever been mid-embarrassing moment, laughing at yourself and swearing that this would make for pure comedic gold, then you and Noël Wells would likely get along. She readily admits during our interview that she enjoys finding humor in everyday situations. Take her indie film Mr. Roosevelt for instance, which is currently streaming on Netflix. At the core, it’s about a 20-something’s quarter-life crisis, complete with an ex living *the best life ever,* a less-than-spectacular financial situation, and a recently deceased cat. But it’s those little moments that make it hysterical and worth watching. Such as an intense conversation that occurs when Well’s character—gasp!—eats bread at dinner (which is funny in that way-too-relatable way).

But before you dub Noël your new favorite comedic actress (since you likely already recognize her from things like SNL and Master of None) you might want to check your facts. She actually wrote and directed Mr. Roosevelt, too, and dabbles in art, photography, and even Etsy on the side. She refuses to be defined…although she did reveal a bit about herself at Ostrich Farm in LA, including what she finds funny, the real, crazy, and almost-beginning of her movie, and why she isn't a big fan of "comedy-comedy." 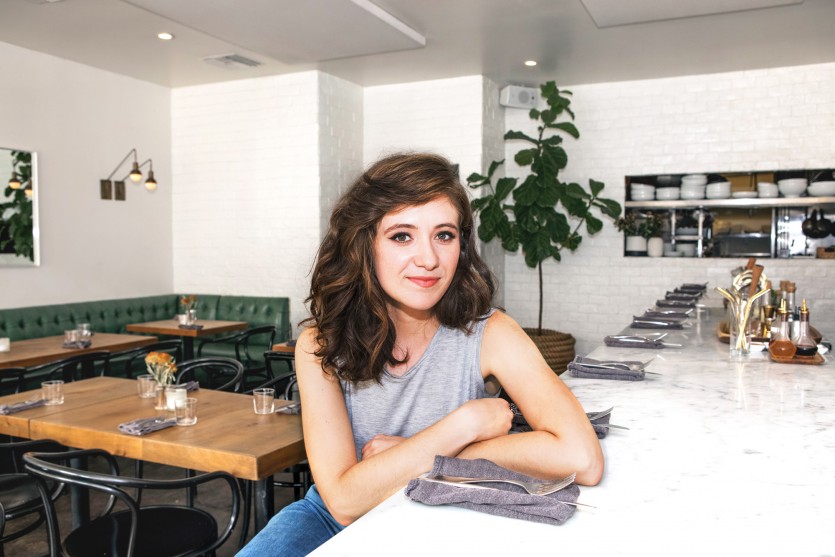 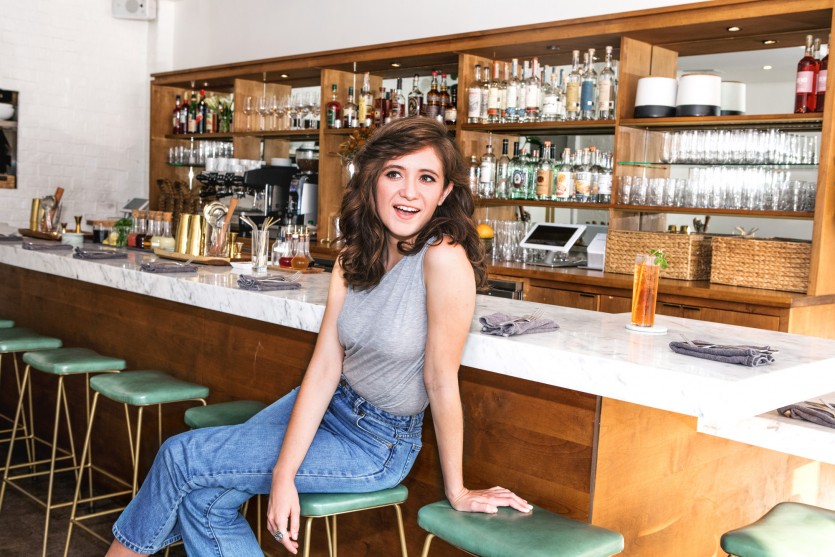 You have a specific sense of humor, so what kind of things do you, personally, find funny?

“I think just being a human is very funny. If you can’t laugh at the absurdity of our existence, you’re just going to be upset. My sense of humor is mostly ironic. Anything that appears one way, but is really another way makes me laugh. And anything weird that happens to me that’s embarrassing, because if I didn’t find it funny, I’d be so mortified I couldn’t keep living.”

Do you tend to find humor in the bad, in retrospect?

“So, I’m immediately always laughing at the bad things that have happened to me. But I’m starting to realize that some of the weird, terrible things that have happened to me aren’t funny at all. [Mr. Roosevelt] used to open with Emily applying for a dog walking position over the Internet. The guy calls her, and she’s just so excited to work for this person, she’s like, ‘I’ll do anything for you!’ And then, through the course of the conversation, you realize he’s jerking off on the call. That happened to me when I was 19 years old, and I remember, at the time, a part of me was incensed. But I would tell the story laughing because that’s the only way that could make it feel okay. I do think there’s a level of it being really funny, but on the flip side, it was really traumatizing.” 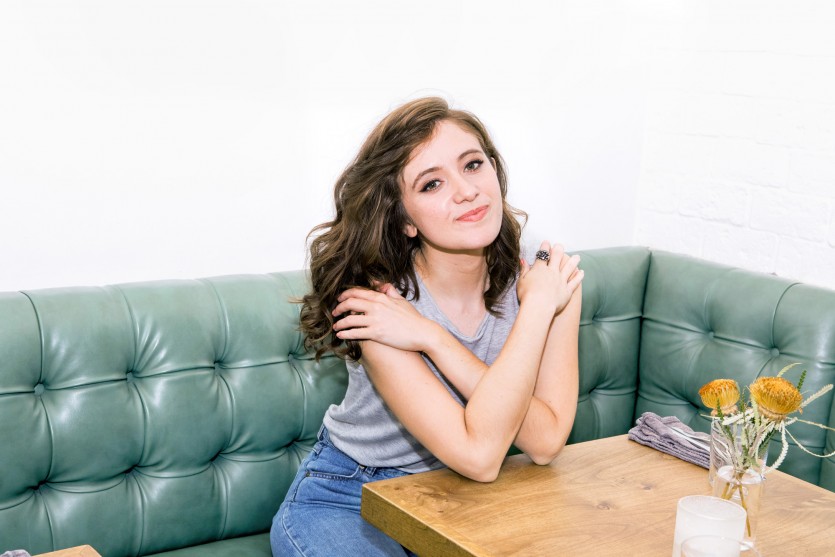 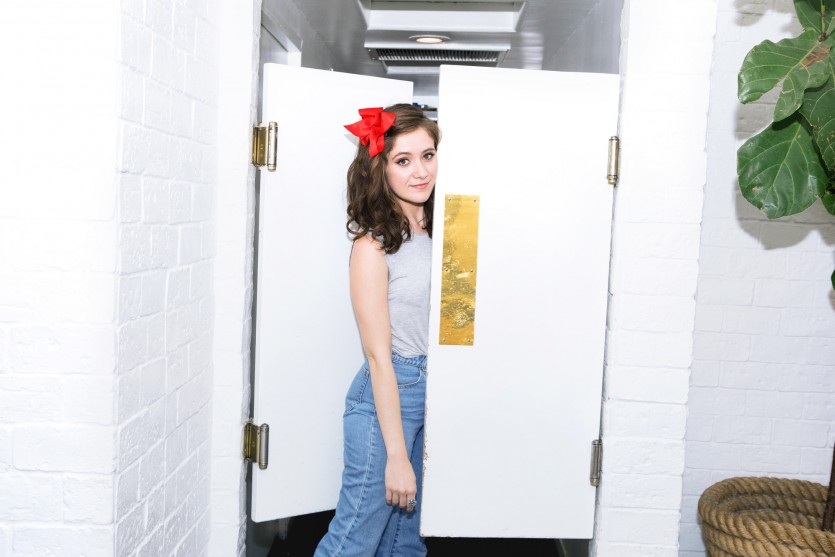 How do you come up with ideas for what to write about?

“I’m very disorganized as far as getting the work done, but I’m always collecting ideas, so I try and take notes. Then, when I finally get my shit together, I organize them, and then that’s a script [laughs]. I find that just living my life, ideas are always popping into my head.”

Where are you in the process of writing your next film?

“I‘m writing scenes of it. I actually have the whole thing in my head. I’m at the stage where I’m going to try and hack myself, finish writing, and get a draft out very, very soon. 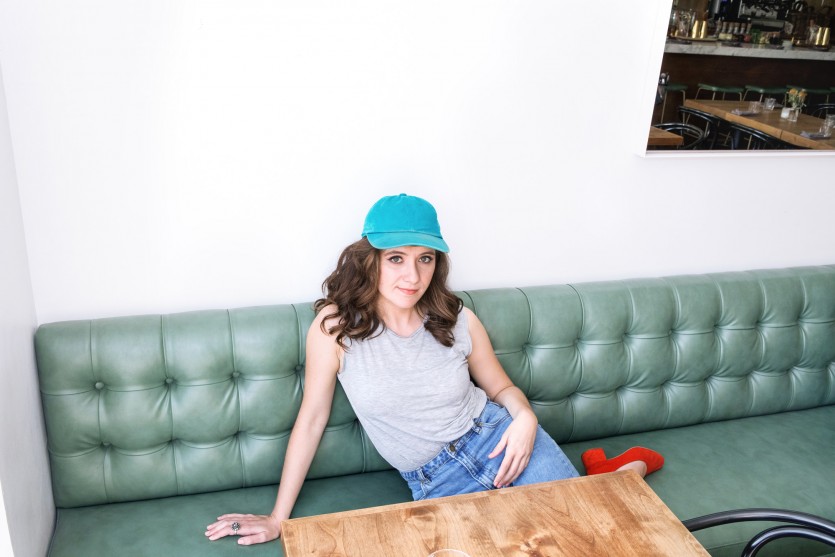 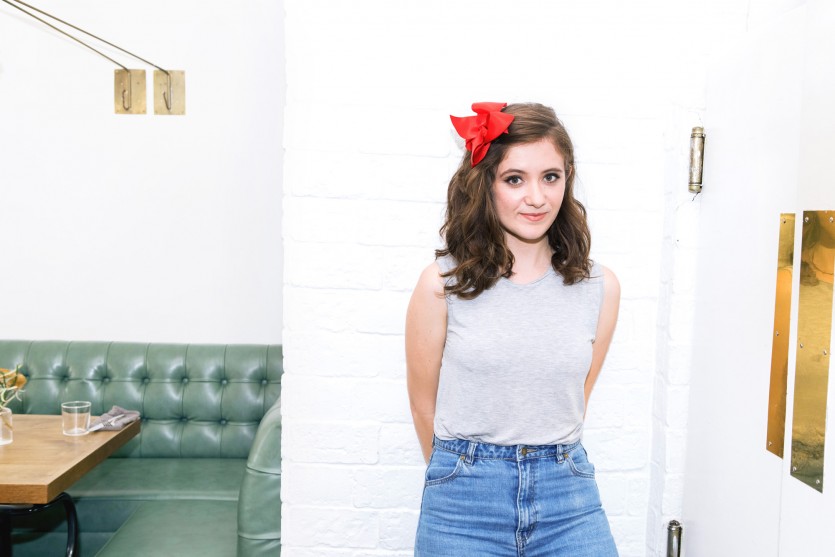 You do more than just act—you write, direct, and are also an artist. It seems we’re seeing so many people in the spotlight explore multiple passions.

“I’ve always been very frustrated when people try and put anybody into a box, or make an assumption about what they do. [Humans] are very complex, and everybody has it in them to be so many different things. Everything I’ve ever done, or anything I’ve ever been interested in and explored, has served me later in life in other roles. I don’t understand labels. I don’t like being called things. I don’t really know if I’m a comedian; I don’t even really know if I’m an actress. I feel like there’s something I’m still digging, and I’m still trying to figure it out. This is going to sound so dumb [laughs], but I’m just me! I don’t know why I have to say what else that means.”

Do you find it’s harder to joke around these days?

“Yeah. Personally, I just don’t find anything that anybody’s doing very funny. ‘Comedy-comedy,’ to me, is not particularly funny, and the people who are really funny, I think, are too dangerous right now to be out in the open. I’m sure it’s going to come to a balance. Everything feels very serious right now, but there’s like a strange freedom in that. How about this: I’ve never really had a true opinion about comedy. There are ‘comedy nerds’ and guys that technically know everything about comedy who are very cerebral about it. It can be confusing, because that’s not how I see it. At the end of the day, it’s just like, ‘What’s making me laugh, and can I keep on doing it?’ And hopefully people will relate to it over time.”