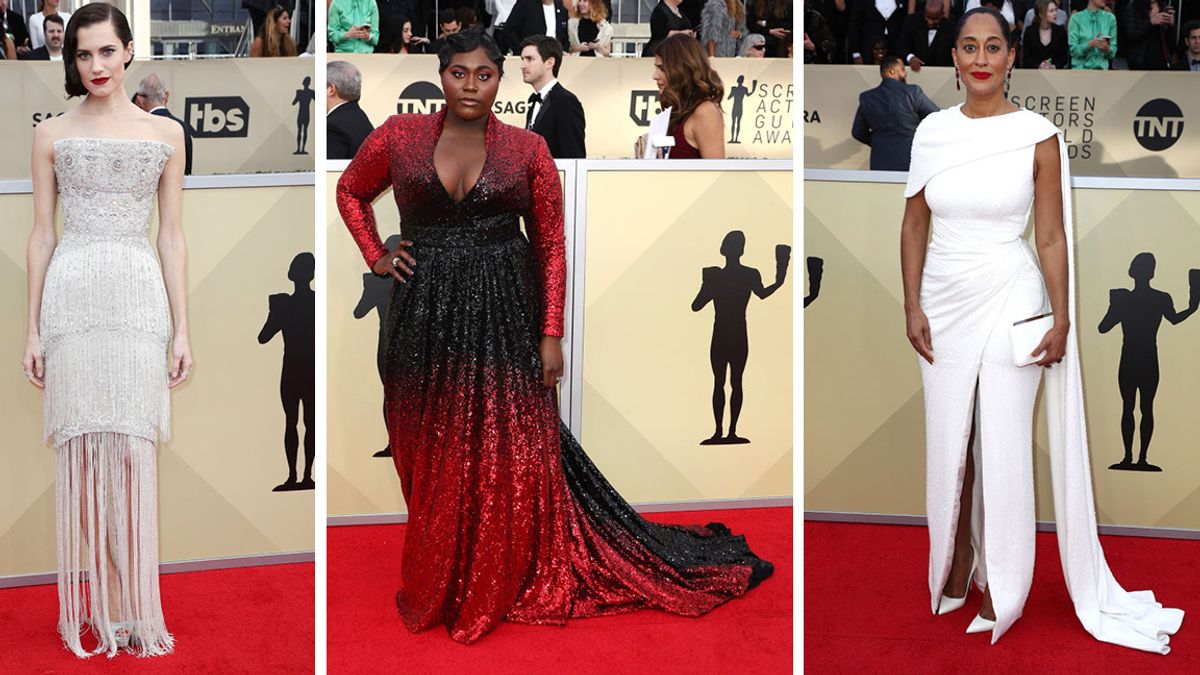 The Best Looks from the 2018 Screen Actors Guild Awards

Our favorite fashion moments from the red carpet.

The 24th Annual Screen Actors Guild Awards aired on Sunday night, with celebrities from Natalia Dyer and Millie Bobby Brown to Tracee Ellis Ross and Allison Williams turning out for the festivities. While the the blackout fashion at the Golden Globes two weeks ago called attention to the Time’s Up movement, both the Critic’s Choice Awards and SAG Awards appear to have returned to the traditional glitz and glamour of the red carpet. Stars favored looks in white, cream, and pink shades, with plenty of sparkle and embellishment all around.

Keep checking back for all the best red carpet looks and moments of the evening.