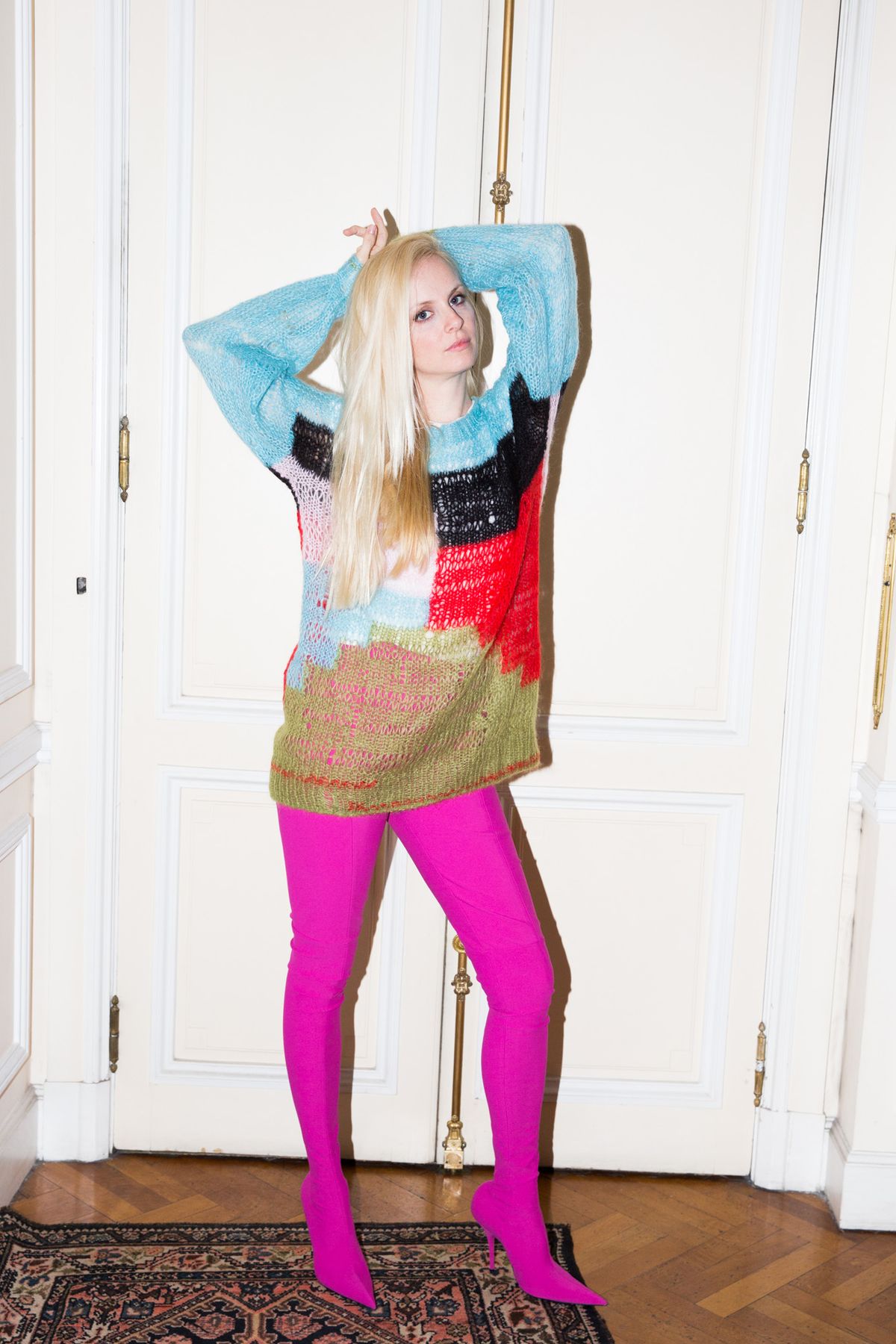 Inside An Argentinian Model-Turned-Stylist-Turned-Designer’s Closet

A couture Christian Lacroix wedding gown (lensed by Mario Testino) and those Balenciaga boot-pants is just a sampling. Buenos Aires.

Noah Lehava
Alec Kugler
Noah Lehava
In pursuit of the most diverse and memorable closets, and the sartorially inclined people who stock them, we’ve found ourselves at almost every corner of the world. Almost! To mark our inaugural closet in Buenos Aires, Argentina (we know, we know, what took us so long?), we couldn’t think of a better wardrobe to raid than that of model-turned-stylist-turned-designer Sofia Achaval de Montaigu. You see, Buenos Aires-born de Montaigu’s career in fashion simultaneously began at Paris’s prestigious Studio Berçot and with a breakout modeling gig in a Mulberry campaign shot by Inez and Vinoodh (NBD), and eventually a role at French fashion house Azzaro. After a short stint in front of the lens, and walks down the runway for Marc Jacobs and Louis Vuitton under her belt, she dove headfirst into styling with a 20-page editorial for V magazine shot by fellow Argentinian and BFF Sebastian Faena, and in turn landed its editor-at-large title. Now she’s spending her time between Buenos Aires and Paris, two cities she credits with influencing her inimitable style. As we strolled from room to room of de Montaigu’s neoclassical flat in Buenos Aires’ most elegant neighborhood, Recoleta, we found racks of floor-length Oscar de la Renta and Valentino gowns and glittering draped Lanvin dresses. Silky trousers in every color served as a sneak peek of her upcoming line, Acheval, and her cache of vintage CHANEL punctuated by Balenciaga boot-pants (pant boots?) is exactly what you’d expect with someone of her sartorial prowess. And let us tell you, there is nothing like balancing thigh-high silver boots on a wood-carved fireplace and stringing Prada crystals over a Mario Testino-lensed (more on that in our interview below) wedding photo. Click through to read how Mario Testino came to photograph de Montaigu’s wedding, to see her one-of-a-kind Christian Lacroix wedding gown, and for more of her Parisian-meets-Argentine savoir-faire.
Closet

A couture Christian Lacroix wedding gown (lensed by Mario Testino) and those Balenciaga boot-pants is just a sampling. Buenos Aires.

Libertine Designer’s Home Is an Acid Trip of the Best Kind
What a Mexico City Stylist and Influencer Stocks in Her Closet
What SZA Has in Her L.A. Closet