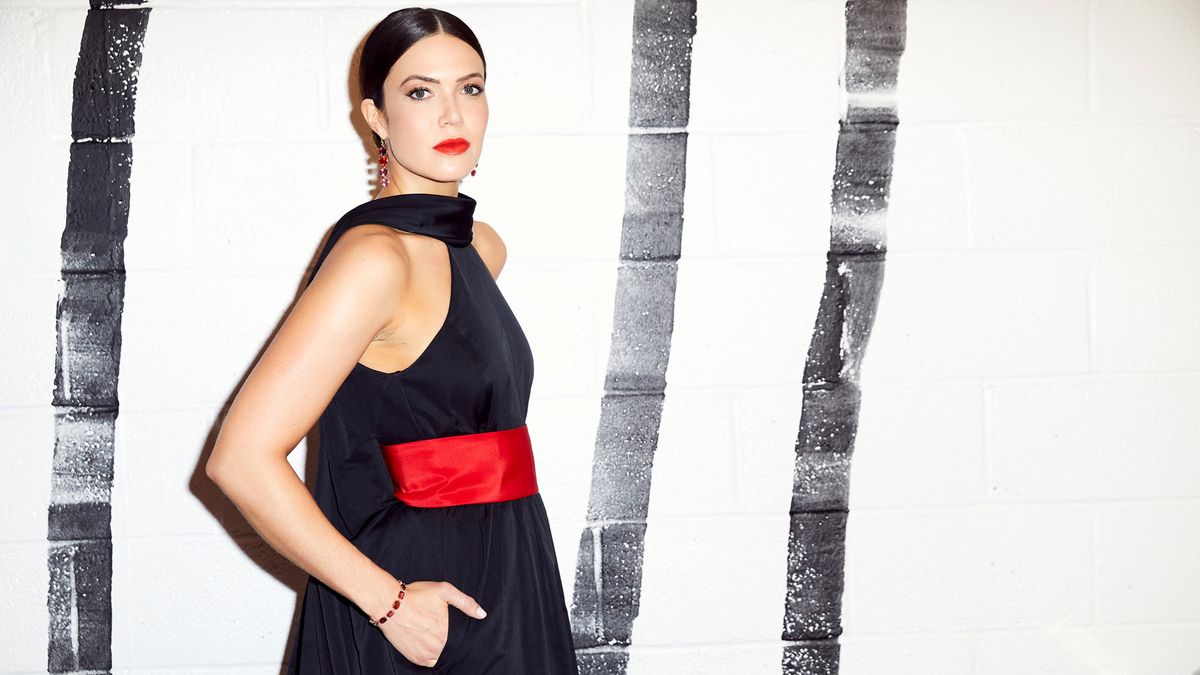 Exclusive: Mandy Moore Told Us She Was Always Planning on Wearing Black to the Golden Globes

The This Is Us actress shared all her top tips for getting through awards season.

“This is the fourth or fifth time I’ve been to the Golden Globes,” said actress Mandy Moore calmly as she sat in a makeup chair getting prepped for the first awards show of the year (due to start just a few hours later). Moore’s hit show This is Us was up for a Best Drama TV Series award for the second year running, and she was a nominee in the Best Supporting Actress in a Series, Miniseries, or Motion Picture for TV category last year. A veritable red carpet veteran at this point, the “Candy” singer assembled her glam squad for the Globes, including Garnier consulting celebrity hairstylist Ashley Streicher, makeup artist Matin Maulawizada, and stylist Erica Cloud, all at Striiike Salon in Beverly Hills (the uber-chic one-stop-shop beauty destination Streicher owns with her sisters, Jenn and Kristie).

“The look is always a team effort. It usually starts with the dress, and the look sort of grows from there,” said Moore. “We all get on a group text and send reference pictures back and forth to each other, and I let Ashley and Matin hit me with their gut feelings on what will look best.” This year, after settling on a high-neck, taffeta Rosie Assoulin gown—“We were lucky as we had already chosen a black dress!”—inspiration came courtesy of Roxy Music’s eighties album covers and resulted in a matte orangey-red lip, super glowy skin, and a sleek, low bun. “I tend to like not looking too done for awards shows, as it’s more comfortable,” Moore admitted.

As the actress sipped on pink champagne and nibbled on caviar, she shared her top tips for getting through awards season.

1 / 21
“I think what sets the Globes apart is it kicks off the awards season and a great way to ease into the madness, because it’s the most casual of all the awards shows. We’re all seated, and there’s food and alcohol, and it’s notorious for people getting a bit loose and liquored up and hav[ing] a good time. It’s also more conducive to socializing. This is the fun one.”
Film &amp; TV Golden Globes Red Carpet
Part of the series: