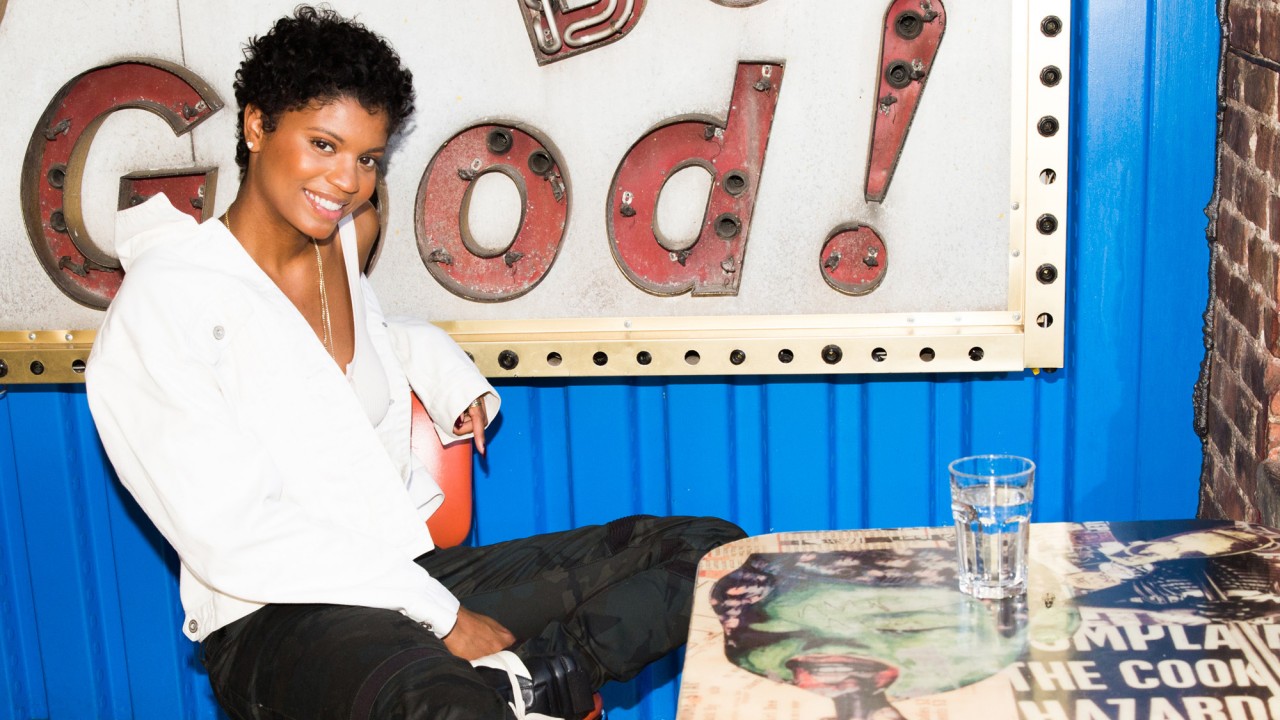 Why You’re About to See Renell Medrano’s Photography Everywhere

We have no shame in admitting that once we come across someone whose work we admire, we go into full-on obsession mode, dying over every move they make. This was exactly the case when we first discovered photographer Renell Medrano. If you’re not familiar with her name, you’re most definitely familiar with her work; she’s responsible for H.E.R’s Volume 1 album artwork, Kelela’s cover story in The Fader, many of Bella Hadid’s Vogue diaries, A$AP Ferg’s Always Strive and Prosper and Still Striving album covers, and his latest Jimmy Choo campaign—just to name a few. Then there is all of her stunning documentary work that fills her Instagram feed—honestly, we could go on and on.

We figured it was about time we met Medrano, and so one sunny day in September, we met up with her and spent the day at a few spots that she frequents in the city: Streetbird Rotisserie, her go-to sneaker spot, and A$AP Ferg’s house. As we waited on a fresh order of chicken and waffles (Medrano’s favorite meal), the creative told us how she got her start in photography: “The first time I picked up a camera was when I was like 14,” she said. “My mom had point-and-shoot cameras around the house. I would always end up picking those up and taking pictures of my close friends or my family members. My dad ended up buying me my own Sony camera, and then every other year he would upgrade me on a new camera.” Medrano credits growing up in The Bronx with influencing her style of work. “Growing up in the Bronx definitely has influenced my work today just because it made me view things a little differently,” she explained. “Growing up in an urbanized community gave me the privilege to find beauty in everything.”

FIRST UP: LUNCH AT STREETBIRD ROTISSERIE 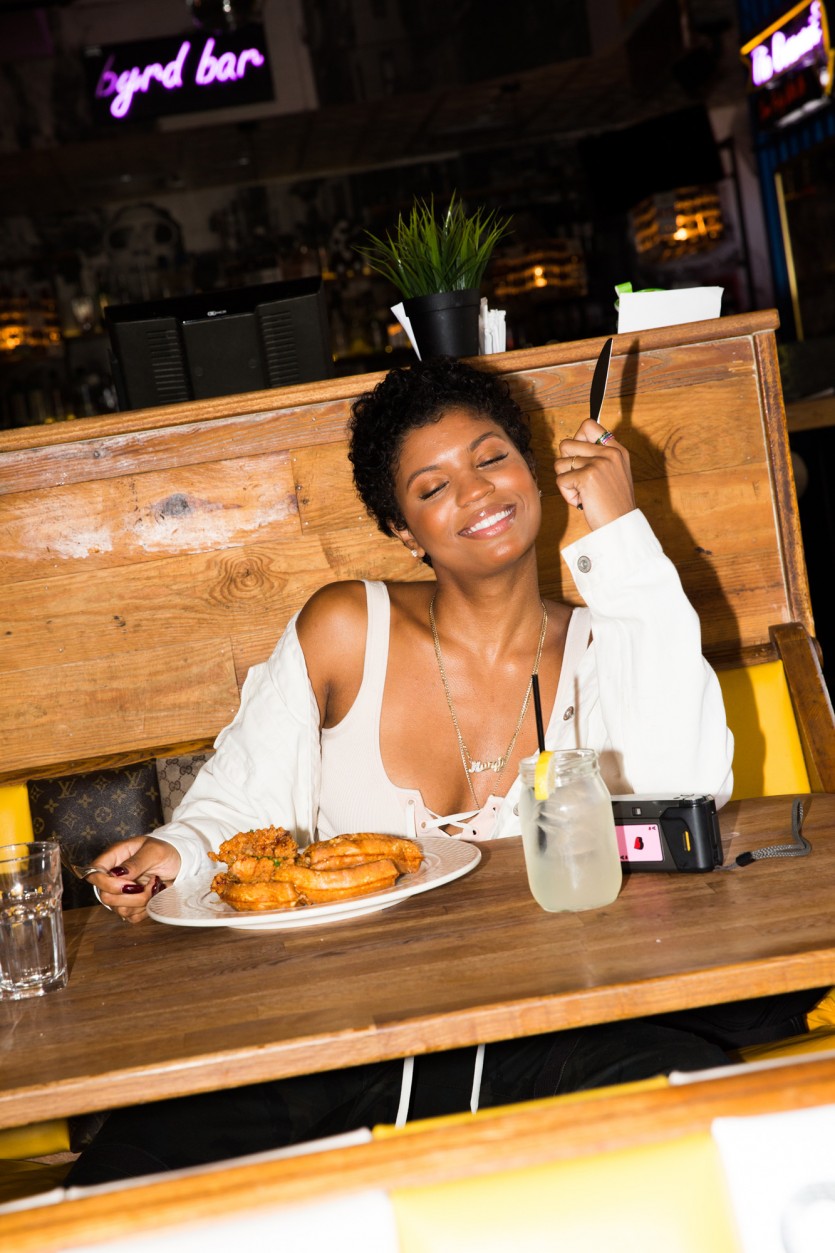 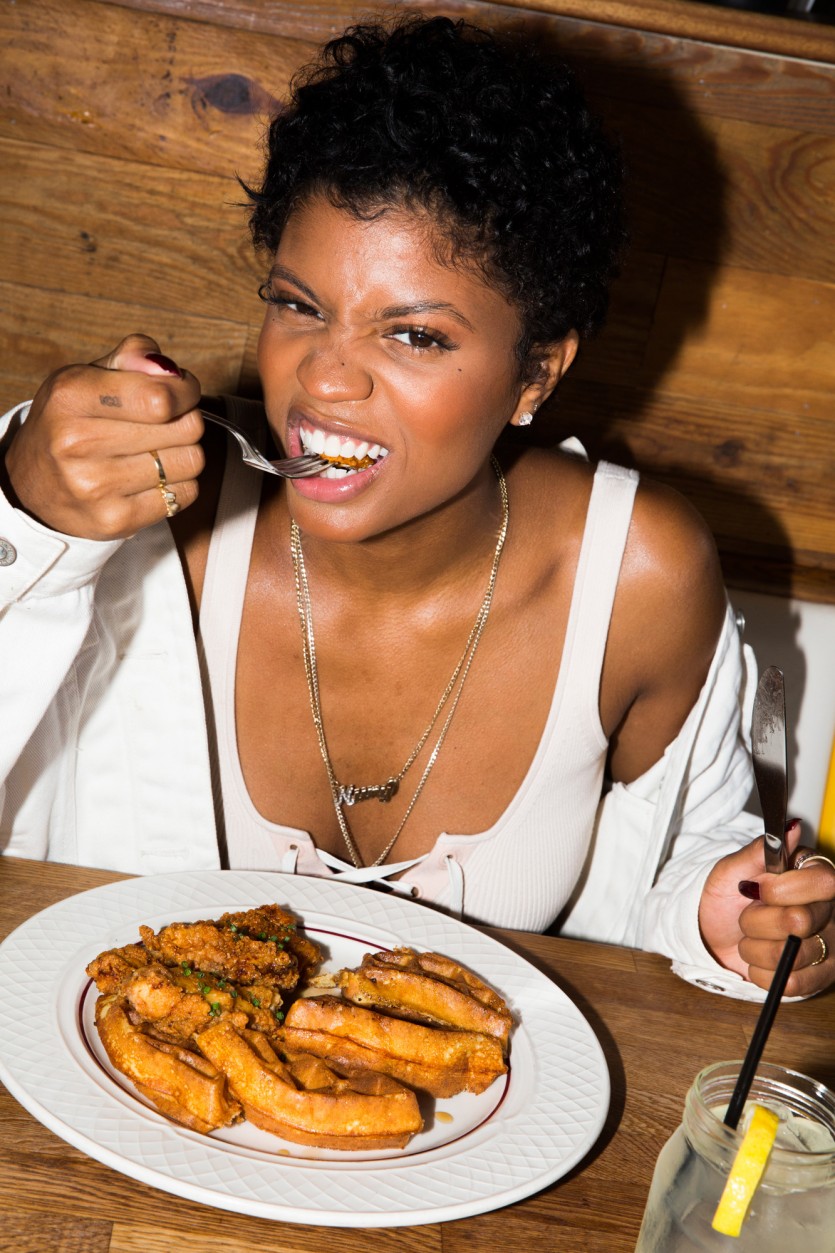 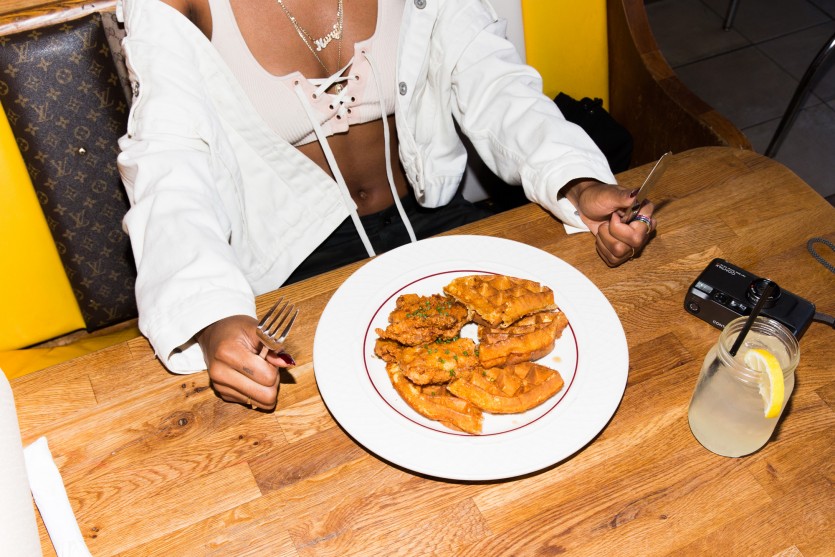 If she had to choose, she would only ever shoot documentary:

“With documentary everything is real and raw. You’re able to freeze a moment and tell a story that can live on forever.” 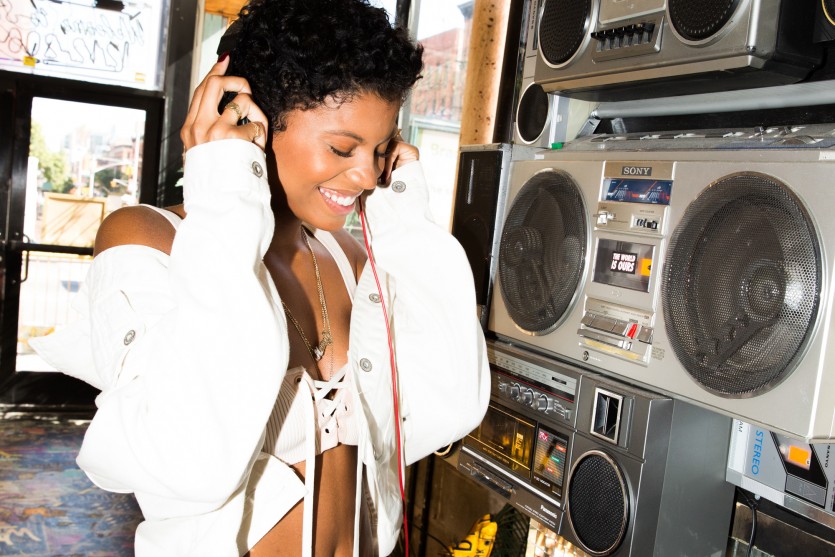 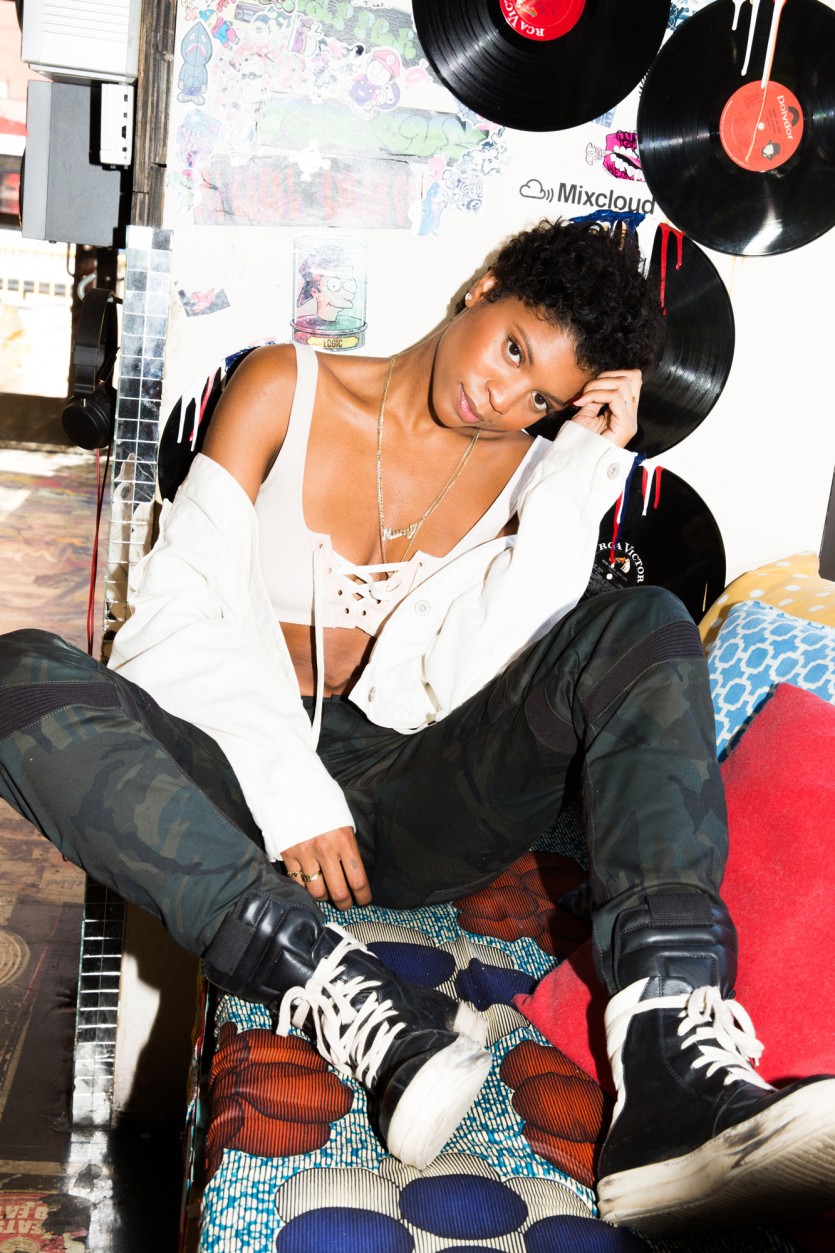 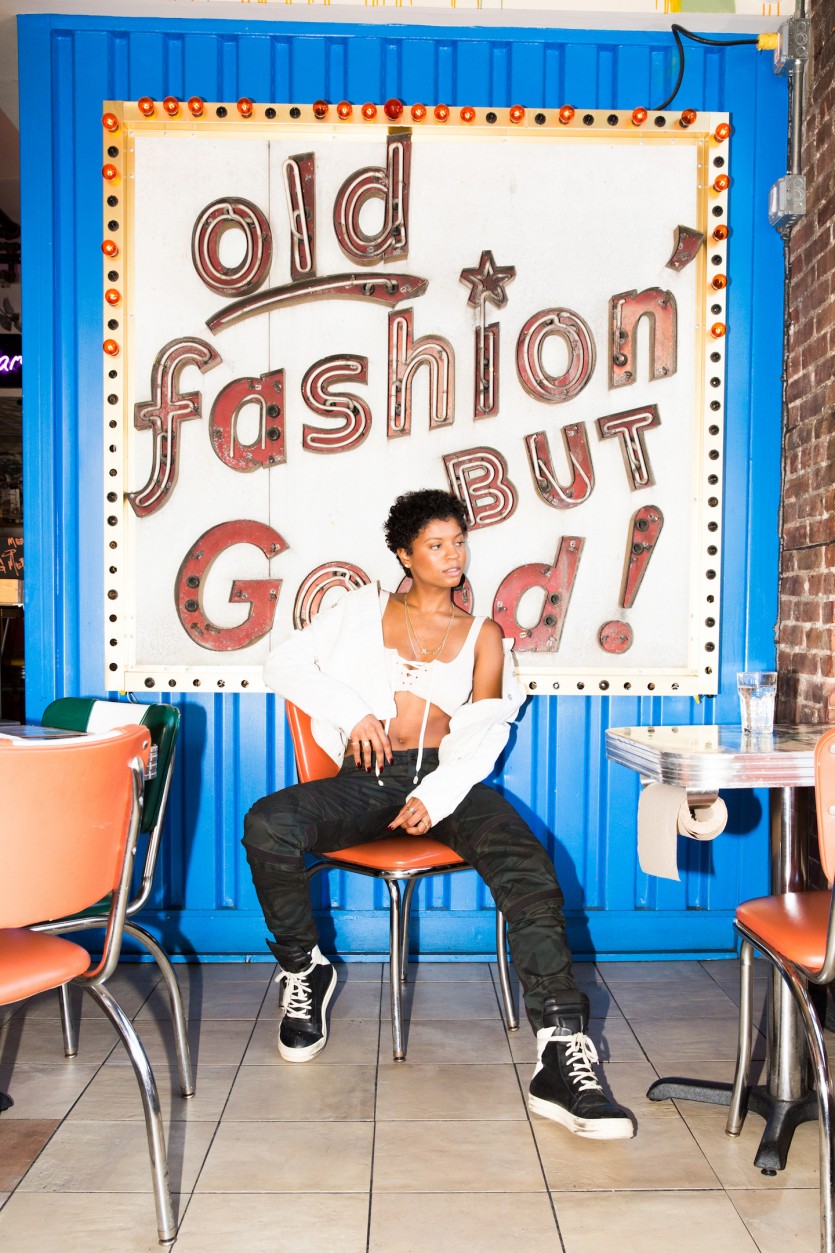 Why she likes working with small teams:

“I like being able to shoot my subjects on a more personal level, so if I can have that on set without having so many opinions then I hit home. My imagery tends to be stronger when I have creative control and freedom to create whatever I want. With my photos, I love to evoke some type of emotion—I'm always seeking to find a person's soft spot, capturing them in their most vulnerable state.”

How social media has helped her career:

“I always get a thrill [out] of showing new stuff on Instagram, or whatever social platform, just because I feel like the people that appreciate my work have been supporters since day one. I’m not scared to put out new work, I kind of get this high from it. If I don’t get that from a photo, then I’m doing something wrong.”

NEXT UP: A STOP AT HER FAVORITE SNEAKER SPOT 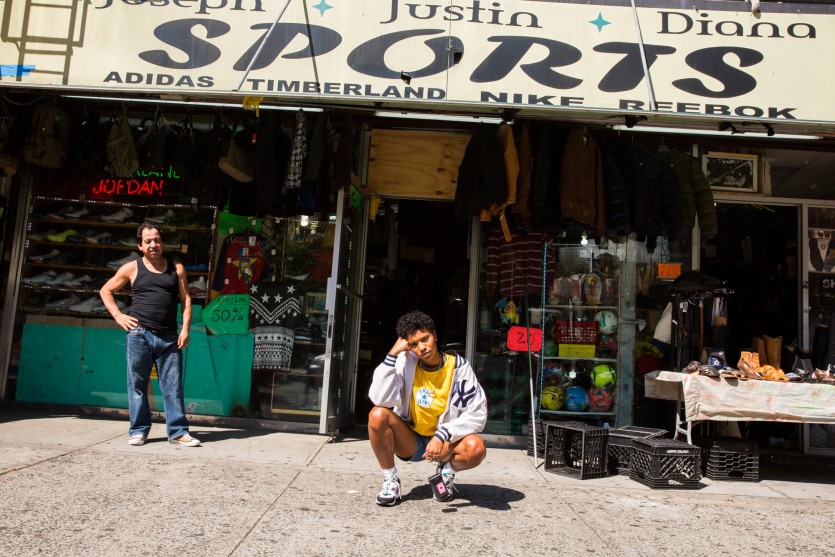 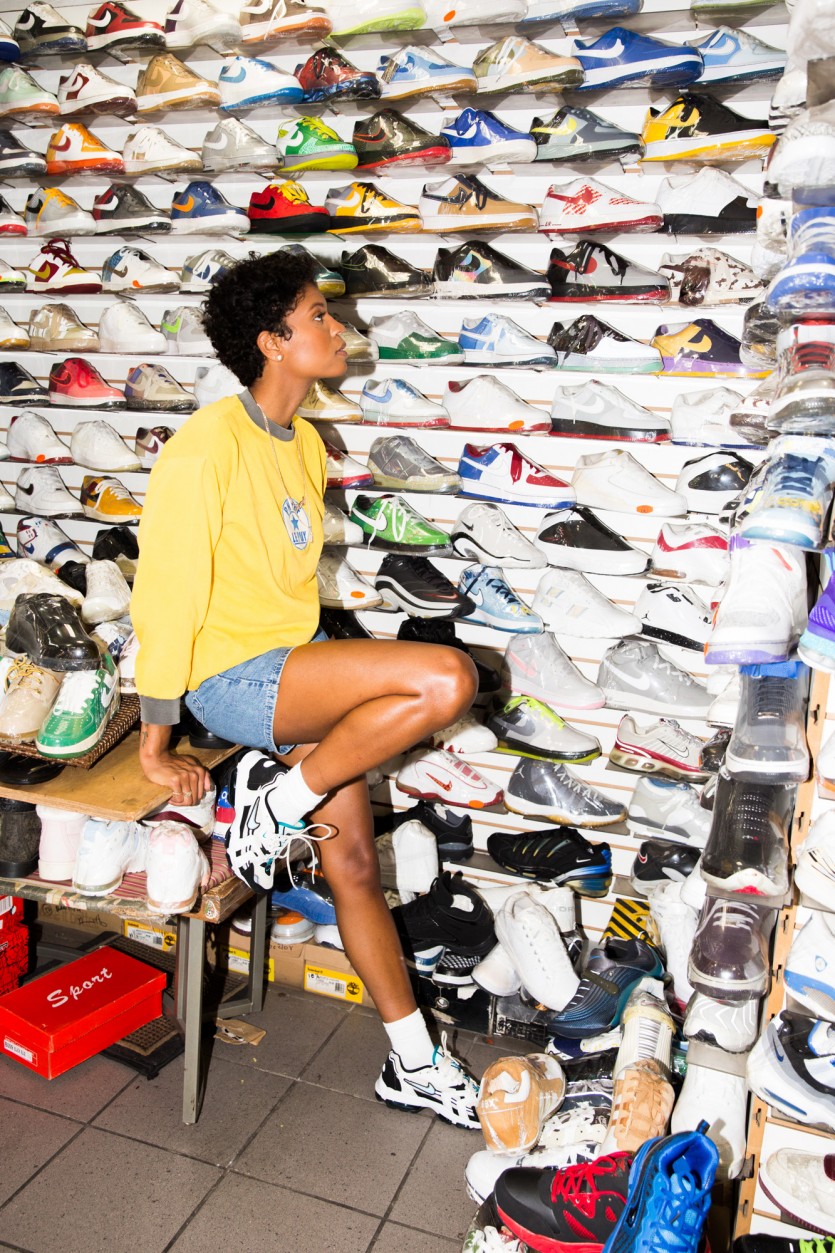 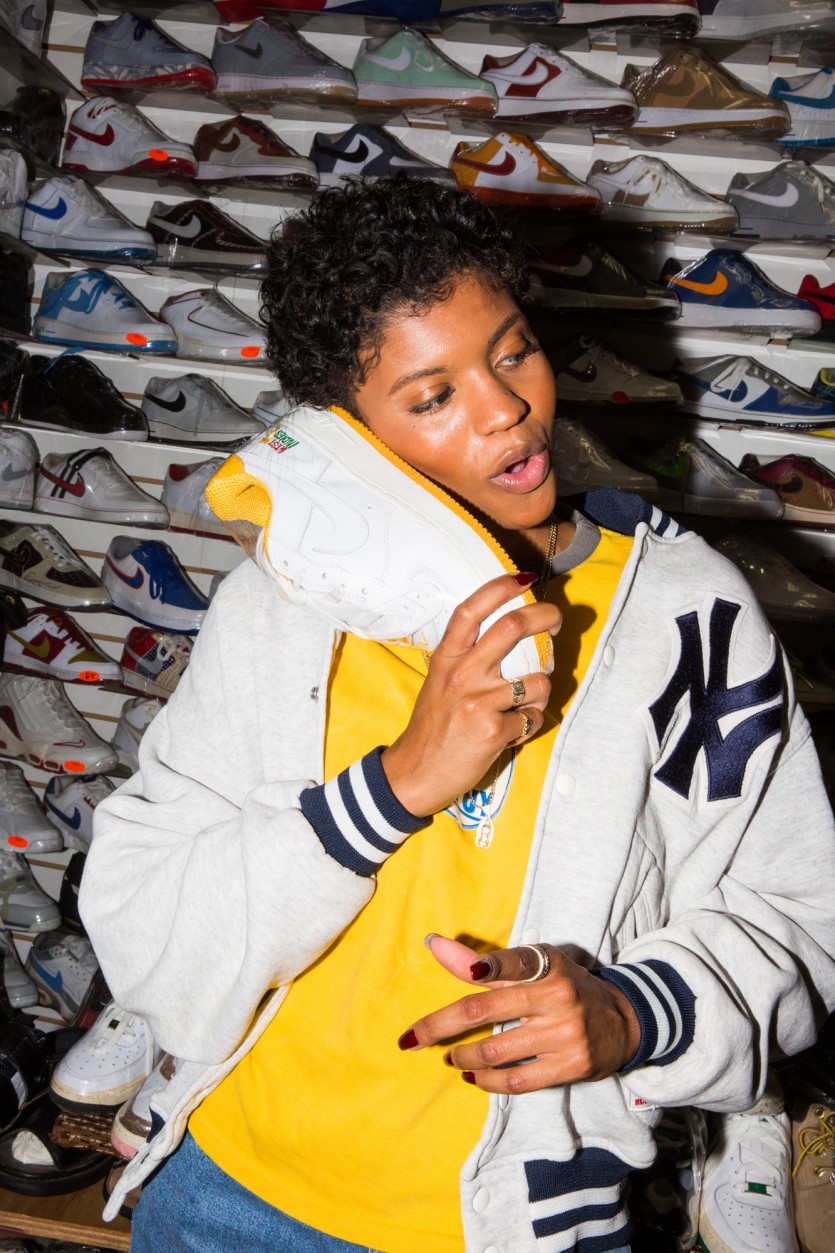 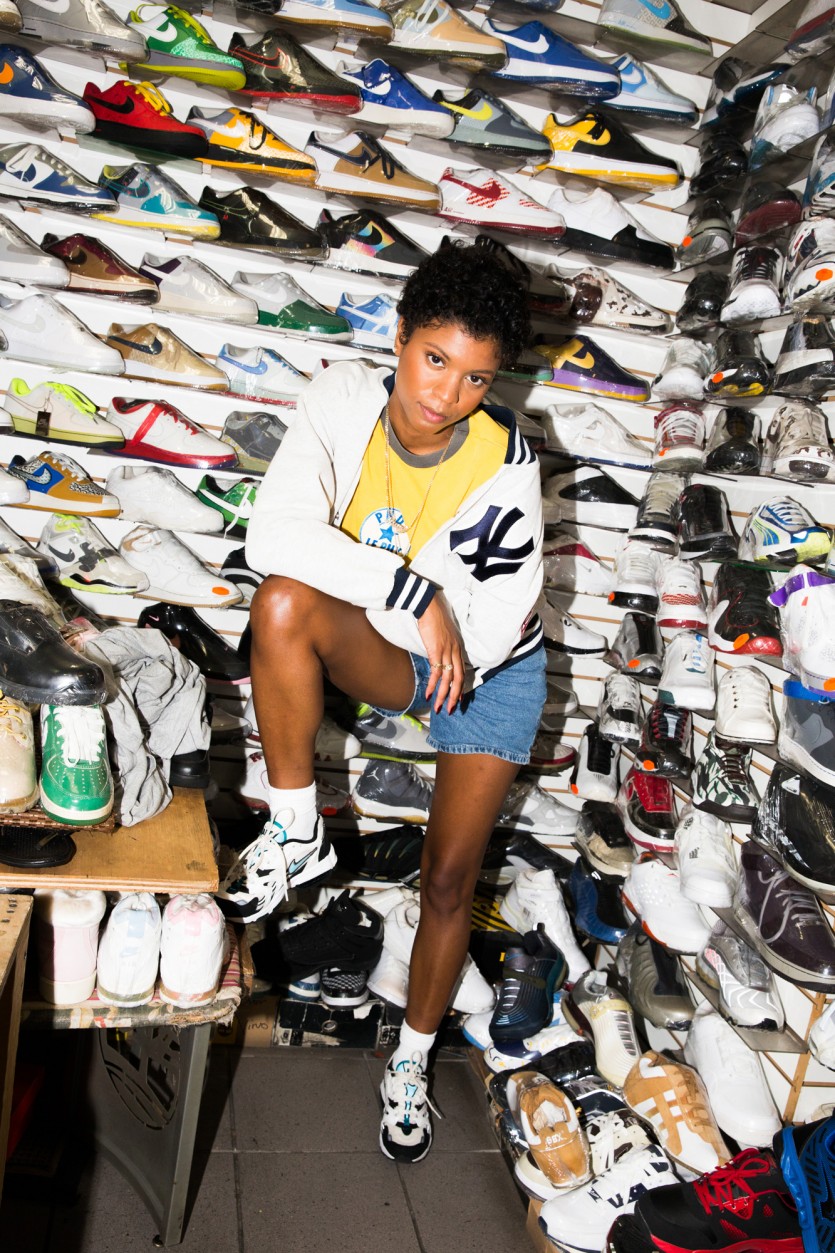 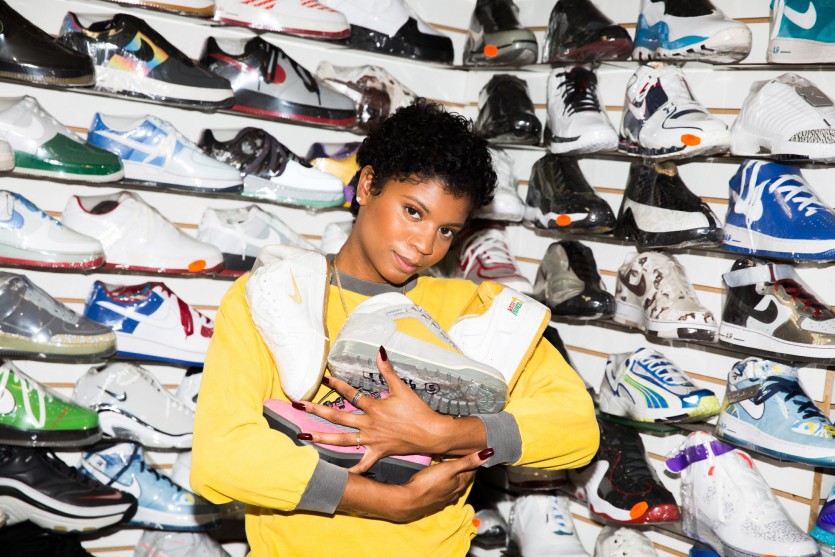 How she came to know this hole-in-the-wall store, “Sports”:

“My boyfriend put me onto this spot. He’s into having all the old rare kicks. I like coming here because it reminds me of back when I was in middle school when I used to have all the Jordans, all the Nikes. Going into [this] little store brings me back. It reminds me of how excited I used to get putting brand-new sneakers on to go to gym class.”

She looks at all of her friends as muses:

“The way I work is if I see something that catches my eye, then I just go for it and shoot it. Honestly, since I’ve been little, all my friends have been muses. I would even buy clothes—they wouldn’t even fit me or I wouldn’t even like [them], but I was like, ‘OK cool, I have tons of clothes that you can just throw on and we’ll shoot.’ I always work like that and with my friends, it’s just me shooting. They’re some of my biggest muses—every single one.” 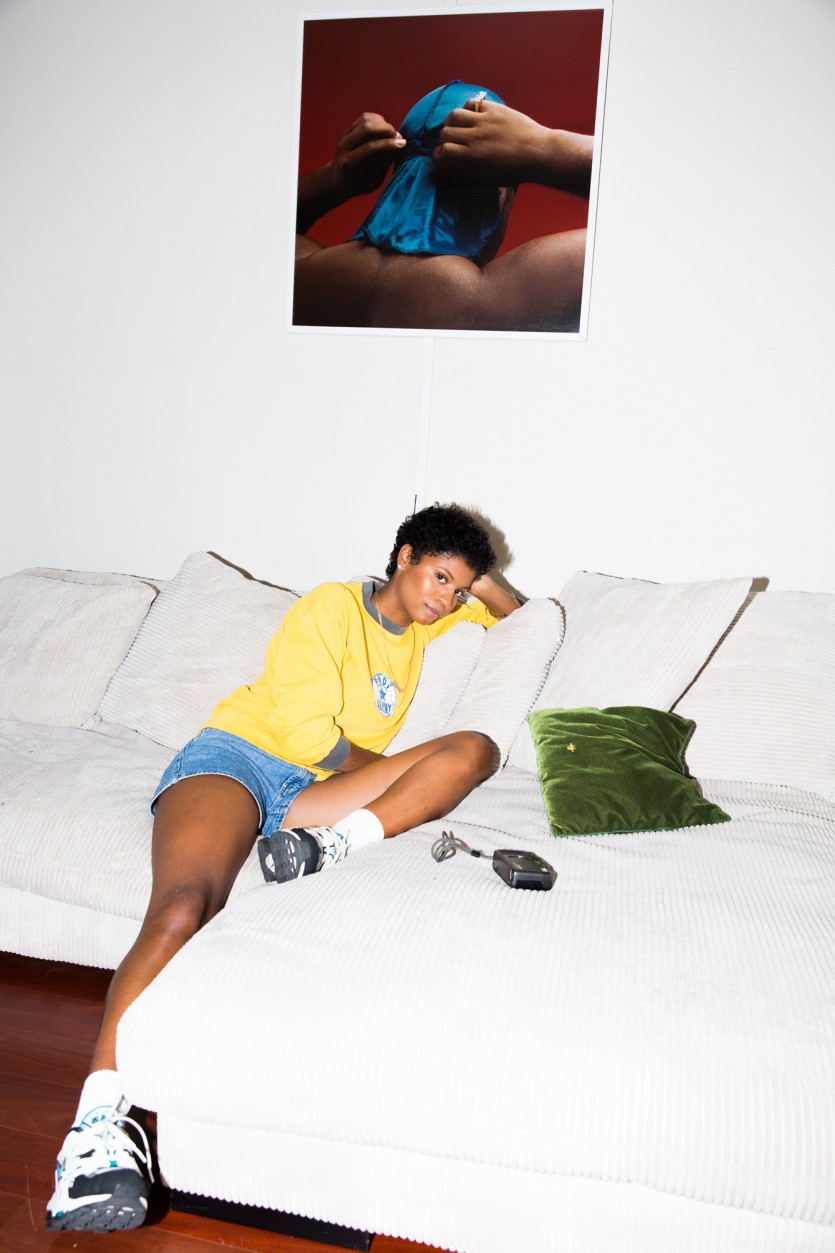 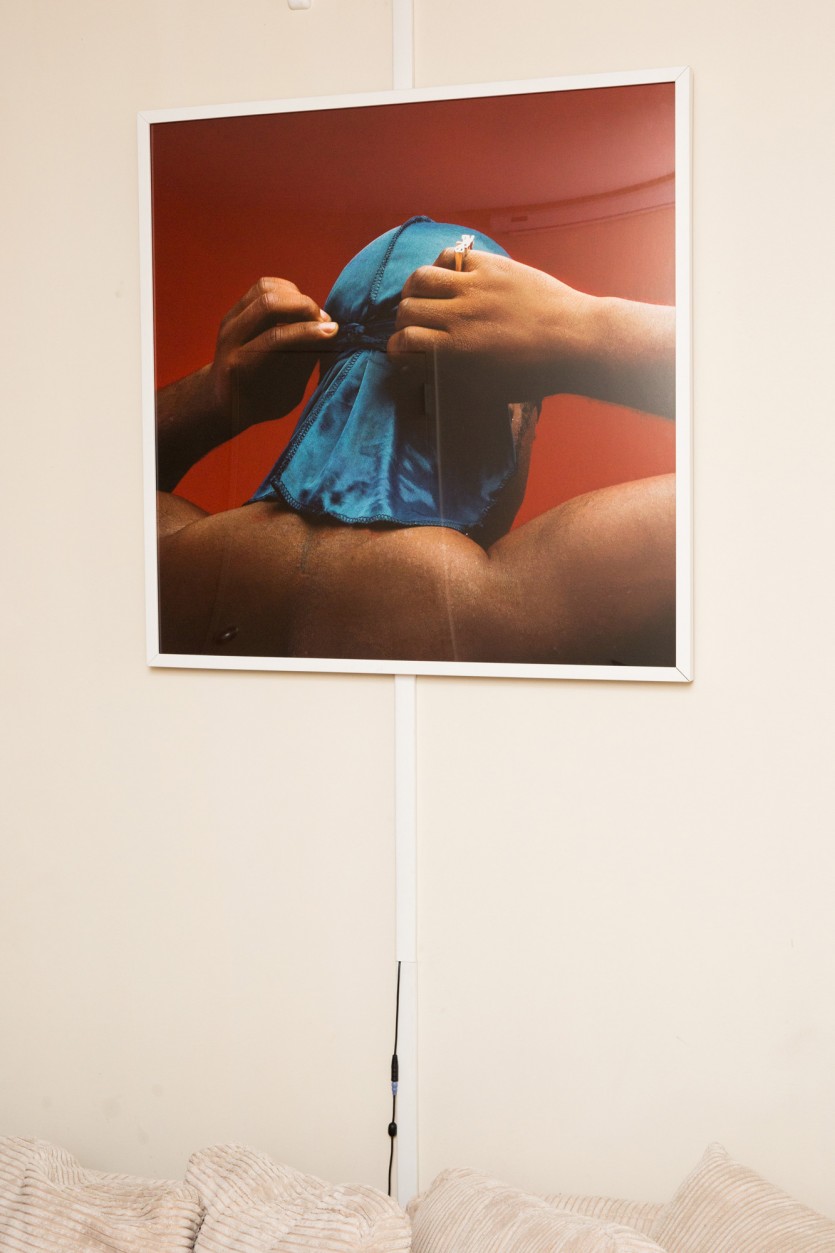 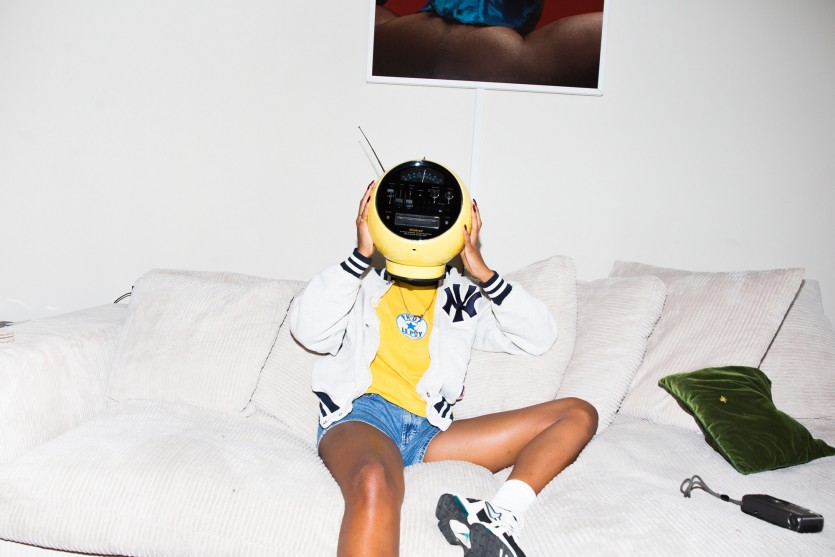 Ferg’s latest album artwork is one of her favorite photos:

“I took [this image for Still Striving] a while back, just being in the studio creating with Ferg. That one photo always stuck out to me—the colors and contrast especially. If you look at my photos, I'm big on reds and blues. Framing this photo for him led him to wanting to use it for his artwork since it was our favorite. Ferg and I are two artists and we tend to shoot whenever, wherever, and somehow create magic together.”

She’ll never forget how powerful it was working with an all-Black female team for The Fader:

“One of my most inspiring shoots that I’ve done that I really love was shooting Kelela for The Fader. Shooting with Kelala was amazing just for the fact that the whole entire team was Black women on set—that’s very rare, especially in the fashion world and the whole industry that we’re in. I think that was really amazing. We didn’t even realize until the end of the shoot. We were just like, wait, we are all in this room and it’s all females! It was really powerful to me. I just felt like that meant something.” 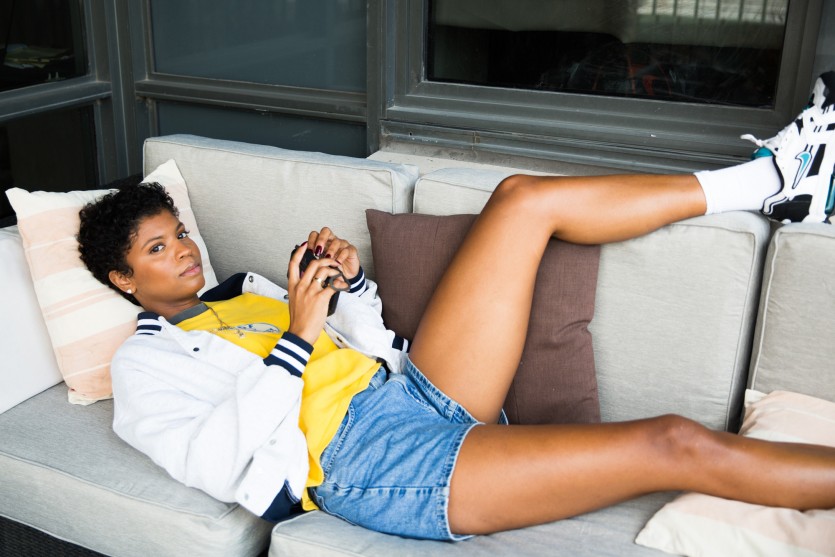 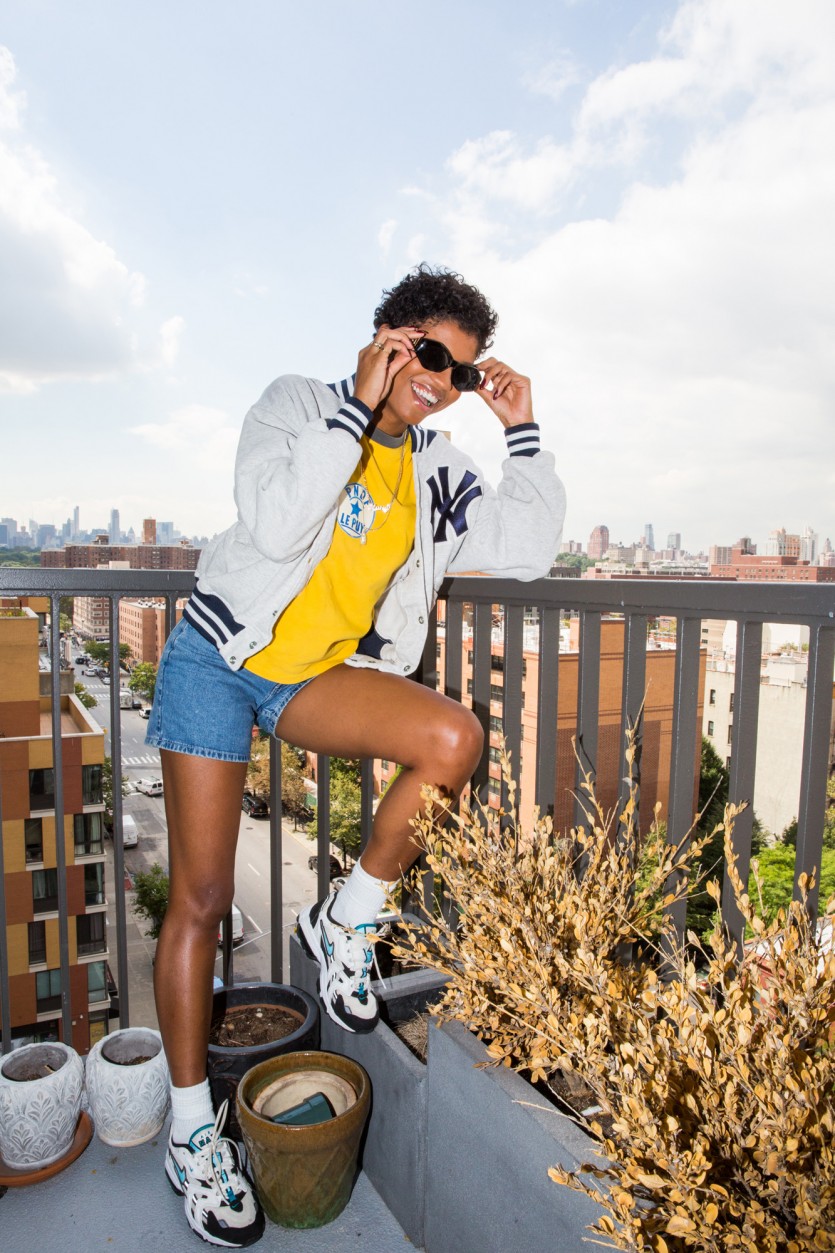 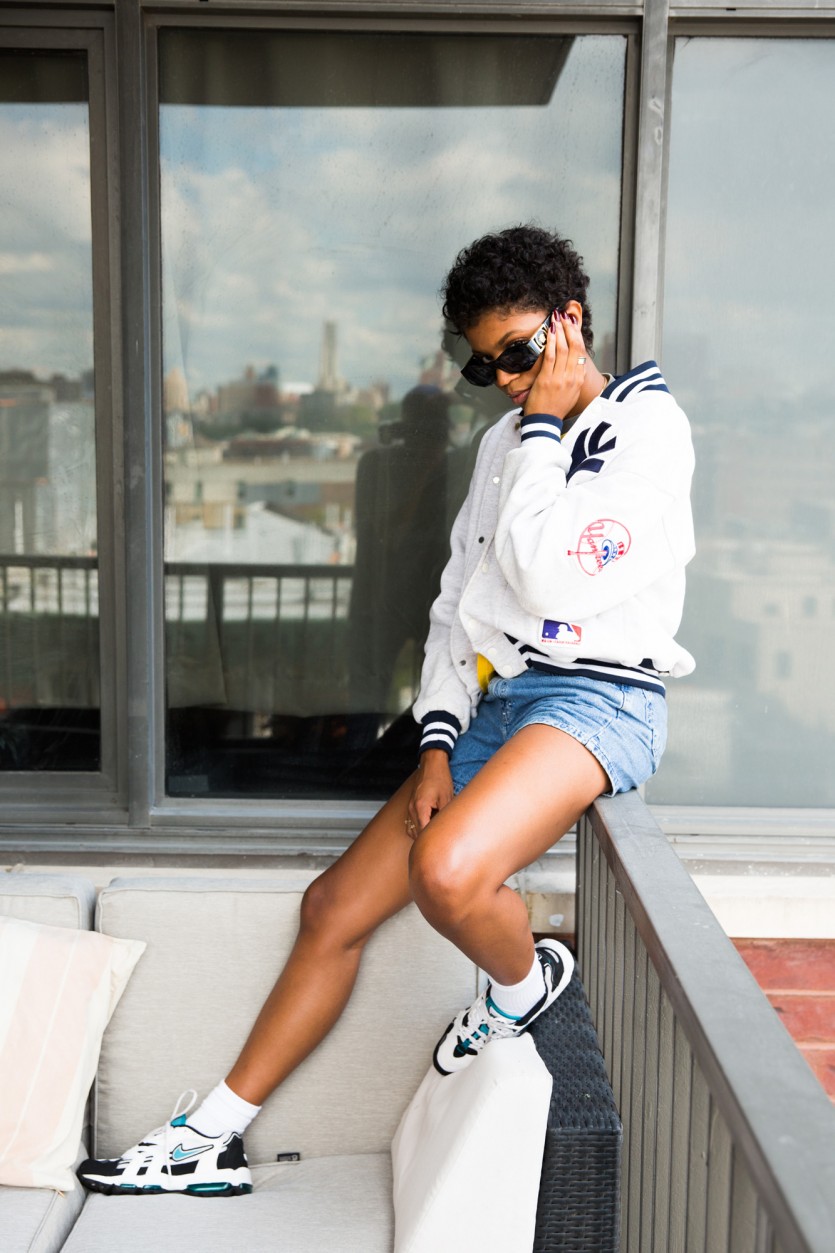 “I’ve shot Solange, [and] she’s amazing. She’s all about women power, Black women power, and I love that. Everything she does as an artist is strong and inspiring.”

Next up? Her own exhibition:

“I’m working on an exhibition. I’ve been shooting a lot, and I was planning it for the end of this year, but honestly, with me, I’m so indecisive, and the stuff that I put out I want to be very special, so I’m going to hold on to it and try to get it done by next year.”

In five years she’ll be…

Meet the Man Who Has Your Favorite Artist On Speed Dial
Meet Simon Huck, The High-Profile Celebrity Marketing Exec and The Kardashians’ Best Friend
The Trainer Every Fashion Person Has On Speed Dial