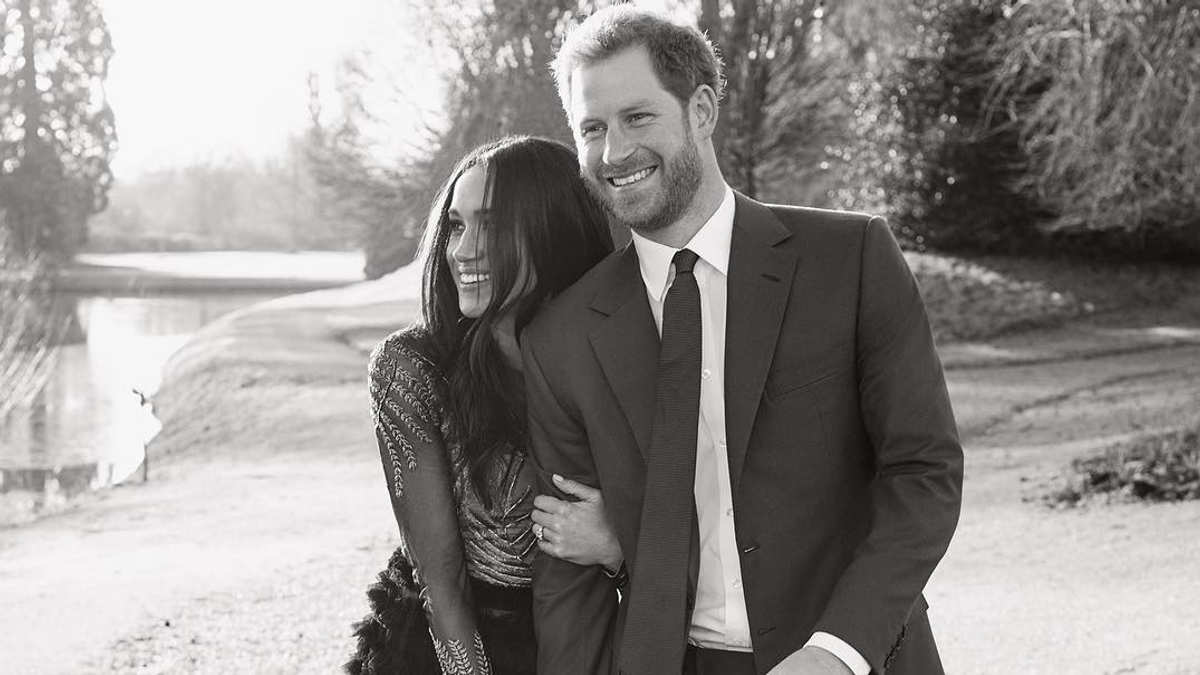 We’ve definitely seen our fair share of cheesy engagement photos, but Prince Harry and Meghan Markle have somehow managed to nail this age-old tradition—and do so in style. After Kensington Palace released three official photos of the couple’s sweet shoot, we could hardly contain ourselves, squealing over how cute and in love they looked. Also, we realized we needed Meghan’s dress, ASAP.

Unfortunately, for anyone else drooling over this semi-sheer black gown, it’ll  cost you. £56,000, to be exact, or roughly $75,000. So it seems like we'll be admiring this Ralph and Russo Couture number from afar, for now, while speculating whether or not it’s a hint about her wedding dress (perhaps the future princess will go with the same designer for the big day).

See the photos of Meghan’s stunning look ahead, along with the white sweater she wore for the close-up ring shot. It’s rumored to be slightly more affordable and from Victoria Beckham.

Everything That Goes Into Customizing an Engagement Ring

The Rules of Engagement