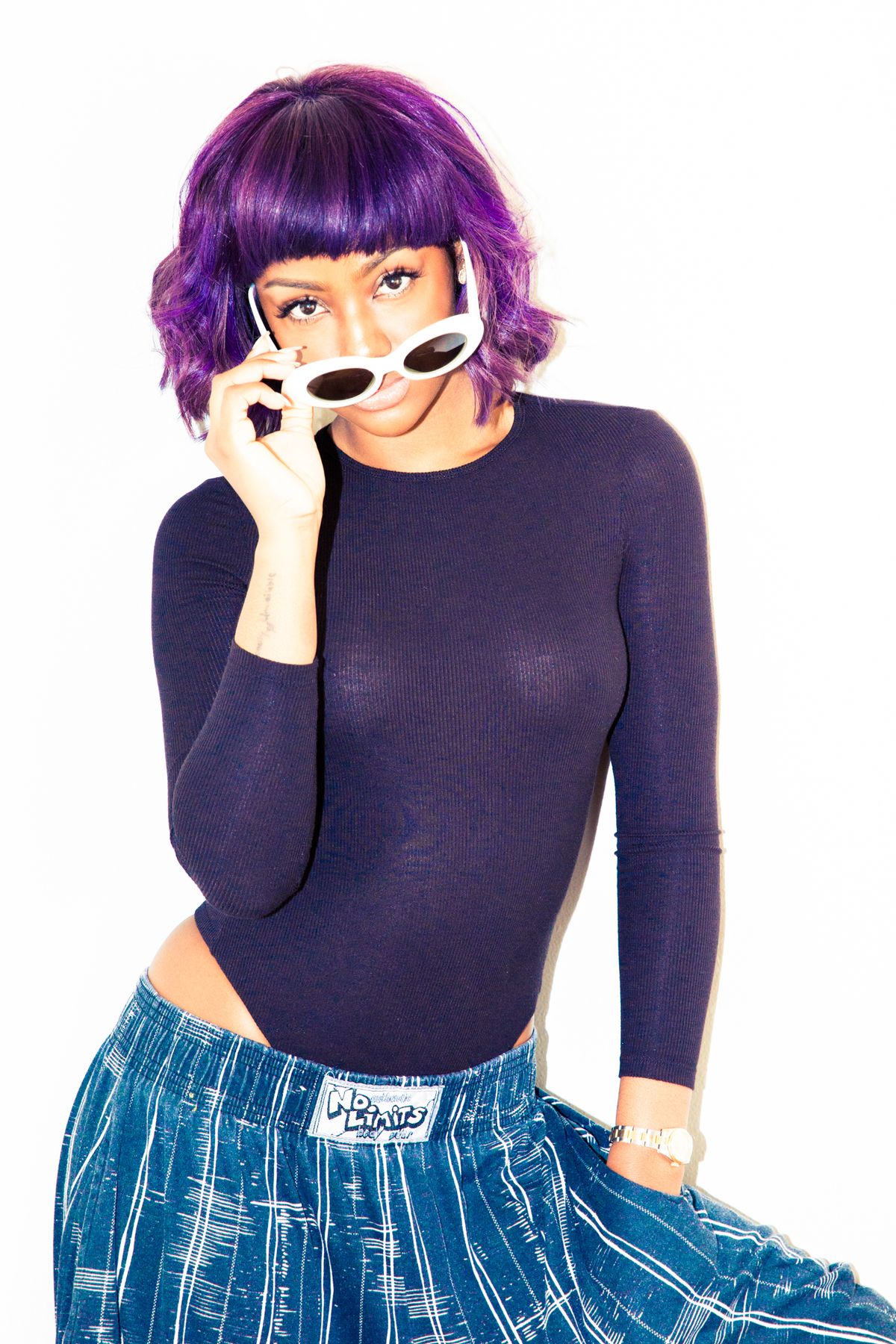 With her debut album, Ultraviolet, about to drop, 2018 is set to be her biggest year yet. Los Angeles.

Noah Lehava
Renée Rodenkirchen
Noah Lehava
We’ve had strange, almost cosmic incidents (which, BTW, have been happening more frequently as Coveteur grows older), where it becomes abundantly clear our lives are ruled by fate. “The first time I met Tyga, he was [being shot for Coveteur]!” Justine Skye told us as she acquainted us with her L.A. digs. It’s been two years since that shoot, and since then, Skye’s career has been more enchanted than the purple unicorn she vows is her spirit animal. Same, right? Take, for example, how she’s built up a devoted Tumblr and YouTube fan base from her humble Brooklyn neighborhood, and was just signed under Roc Nation earlier this year. “I’m signed to Jay-Z, who’s from Brooklyn, and I’m from Brooklyn. So I feel like it’s meant to be.” See what we mean about that serendipitous sentiment? As we rummaged through her stockpile of Supreme and Acne, her embellished custom performance wear, and balanced her Stan Smiths around her pool, she filled us in on what the next year has in store for her. “[People might not] know who Justine Skye is, and I feel like they’ll definitely get that through this new music.” We’ll be listening!
Closet

With her debut album, Ultraviolet, about to drop, 2018 is set to be her biggest year yet. Los Angeles.