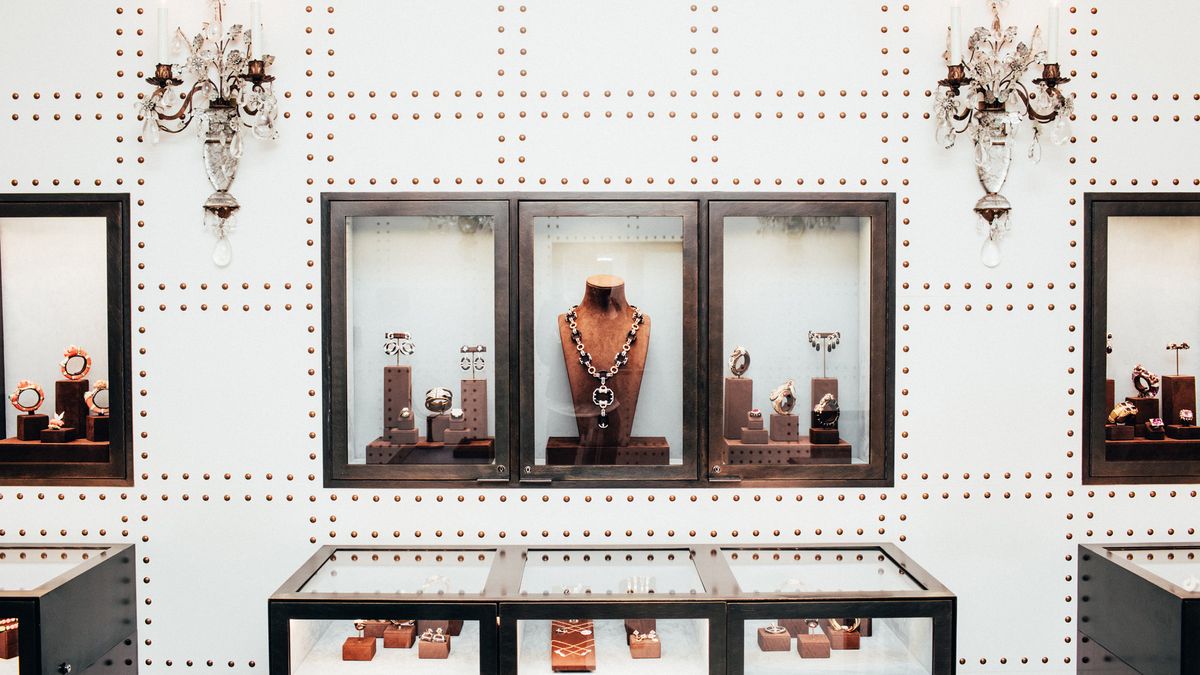 A lot of houses make it a point to preserve their founding designer’s legacy. There will always be tweed by CHANEL and tuxedo pants by Saint Laurent, as homages to Coco and Yves, respectively. Few brands, however, practice this to the extent that David Webb does.

David Webb launched his eponymous fine jewelry line in 1948, rising to prominence as the Manhattan-based designer whose pieces were a favorite among Jackie Kennedy, Elizabeth Taylor, and Barbara Streisand. Up until his death in 1975 at age 50, Webb sketched the design of each piece, outlining detailed assembly instructions on index cards and working with a small, dedicated staff of jewelry-makers to create them by hand. He was known for his animal motifs as well as his ancient-world influences and use of enamel, hammered gold, and gemstones.

Today, every piece of David Webb jewelry is still handmade in Manhattan, using Webb’s original index cards as a guide. There’s no creative director, as the self-taught designer left behind an archive of more than 40,000 sketches, many of which were never produced.

“It’s jewelry with a capital J,” says Mark Emanuel, who, along with a business partner, purchased the brand in 2010. “David Webb was an American master, and with time, the pieces gain a sort of iconic flavor. They’re still beautiful and relevant today. We basically perpetuate his legacy.”

Emanuel describes the opportunity to buy David Webb as “irresistible,” which is how we felt about the chance to shoot the boutique, workshop, and archive, located on Manhattan’s Upper East Side.

Click through to see the historic space, where decades-old sketches are housed along with five-figure bracelets.

1 / 18
“Most customers come here and engage in an act of discovery. A woman could come in here with a preconception about what David Webb jewelry is, and leave with a completely different notion. To see it happen in our clientele is really quite extraordinary. It’s nice to see taste evolve and run the gamut as well.”

Exclusive: Inside Anastasia Beverly Hills’ Brand-New HQ
This Hamptons Home Is Decorated with a Basquiat and a Supreme Punching Bag
Inside Jason Wu’s Midcentury-Modern-Inspired Home

Jewelry
More From the series Interiors