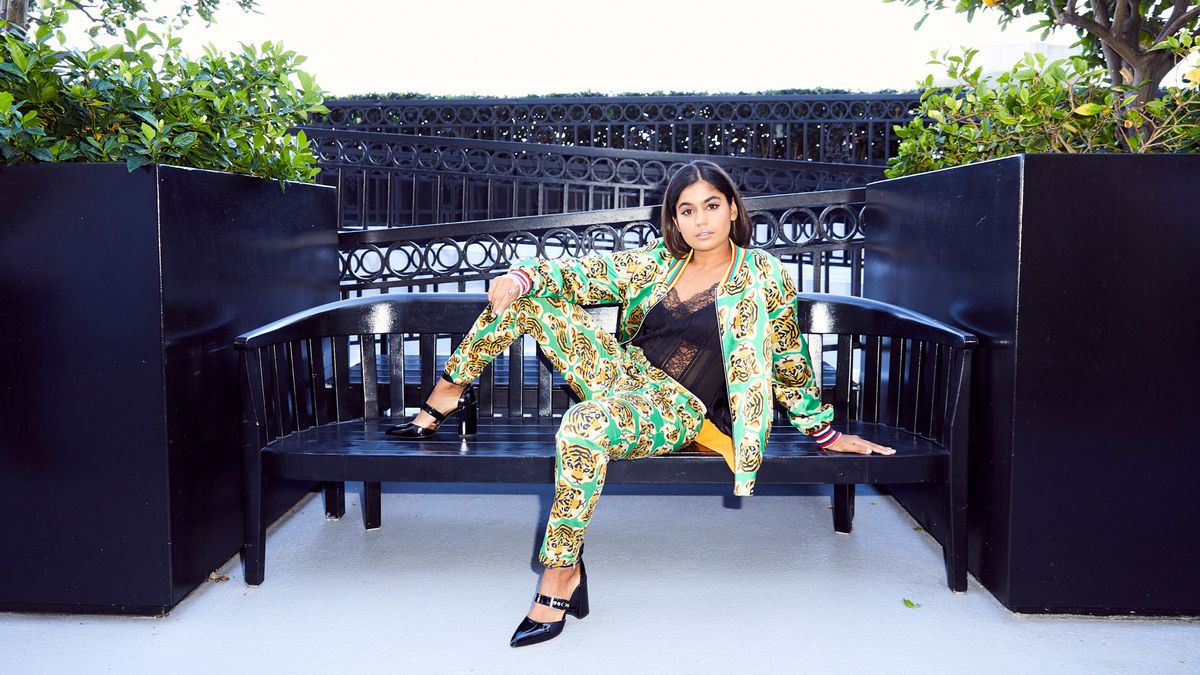 At least, this is her *theory.*

The second we finished season two of Stranger Things, we obviously had a ton of questions—many of which, unfortunately, won’t be answered until season three (which was recently confirmed to *officially* be happening). But the story line we still can’t stop talking about? Eleven’s connection to Kali, aka Eight, aka her long-lost sort-of sister.

Episode 7 has been heavily debated (was it even needed?), but Linnea Berthelsen—who plays the new character—summed things up shortly and sweetly during our interview at The London West Hollywood: It’s the Duffer brothers’ vision, and she trusts that the creators know what they’re doing. Still, that didn’t stop us from asking Berthelsen what she thinks was going through Kali’s mind as she sped away from the powerful tween and having her answer a question that we as fashion lovers can’t stop asking: If this group is always on the run, where the heck did Eleven’s “bitchin’” makeover clothes come from?

So you hadn’t watched the show before getting the audition?

“I heard about the show when it came out in August, but I didn’t see it because I was traveling a lot. I wanted to watch it later, so I would have the time to watch the whole thing in one go. I watched it when I did the audition, on Friday night from like maybe 7:00 pm until 4:00 in the morning.”

While you were watching, did you wonder how your character would fit into the story? Or did you already kind of know?

“I had no idea, because there wasn’t really a character that I was auditioning [for]. It was more like they wanted to create a character based on a few things and had a vague idea about where they wanted it to go, but they didn’t really have a clear image of what they wanted to do—at least that’s how I felt about it. [I auditioned with] three different scenes and tried to figure it out, like ‘How can I create something based on the first season and the dynamic?’ I had to create the background story, kind of fill in the gaps. I had no idea it was going to be Eleven’s sister, and I had no idea she was going to have superpowers. No one confirmed it until the screen test.”

What was it like working with the Duffer brothers?

“I loved working with Matt and Ross. That was my favorite part of all of it. They’re just really great at what they do. They know what they’re doing, [and] they have great vision. They’re really fun to work with.”

One question remains from your episode: Where did Eleven’s makeover clothes come from? How did this group carry their clothes and belongings when they were always on the run?

“I feel like this group is just finding new stuff wherever they go. I don’t feel like they get very attached to their things at the end of the day. It’s like, if there’s a plane crash and you were told to just leave the plane straightaway, you don’t have time to grab your passport, you don’t have time to grab your bags, you have to leave. That’s kind of the case with this group. I guess they just find stuff out there.”

Obviously your episode ended with the group driving away without Eleven. What’s going through Kali's mind now?

“It’s really interesting because people get different things from that moment. It’s very challenging—this is something [Kali’s] never seen before. She’s never tried to feel this way. I would guess she’s just lost and very confused. I feel like I shouldn’t explain that moment, because it’s very unique that everybody has their own interpretation.”

Have you heard some crazy theories out there?

“People have a lot of theories. What is really interesting is that I don’t know if all of them are true. I have no idea.”

What is your real-life superpower?

Do you think more people need to take the time to listen?