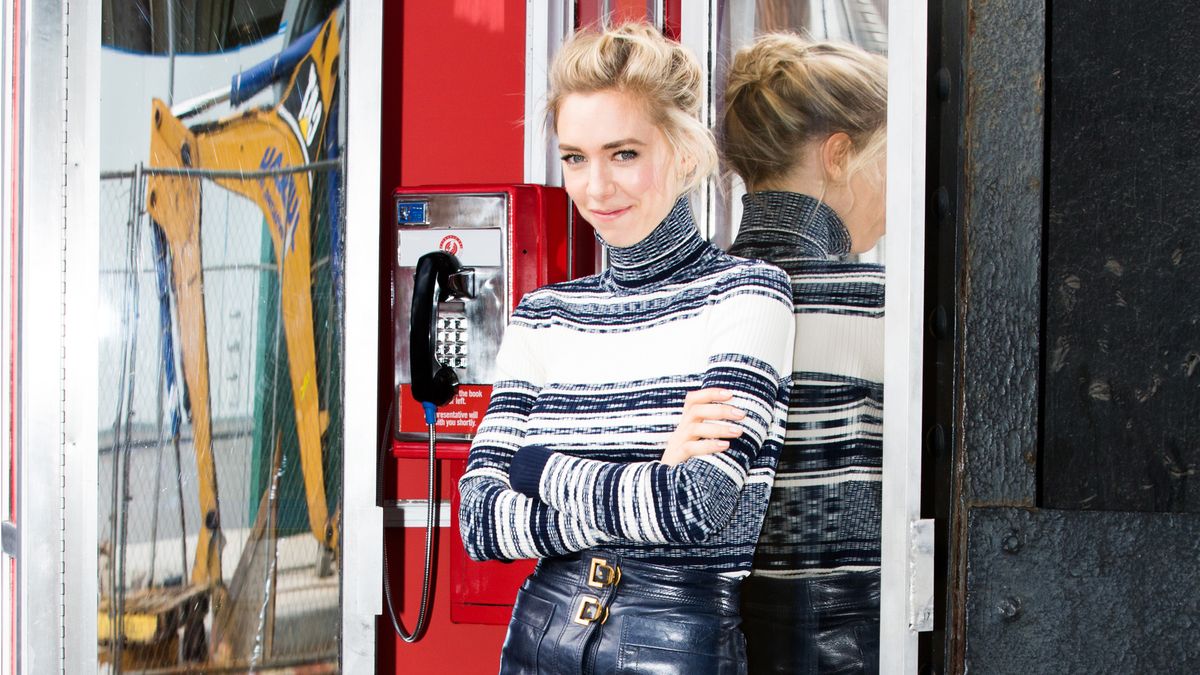 Before Prince Harry and Meghan Markle, There Was Princess Margaret and Antony Armstrong-Jones

Actress Vanessa Kirby tells us about her character’s new love story, which will play out on this season of The Crown.

Do the creators of Netflix’s The Crown have psychic capabilities? It’s a theory that doesn’t seem too far off—especially since the royal-centric show is returning hot off the heels of Prince Harry and Meghan Markle’s engagement. While we’ll likely have to wait a few more years before that relationship plays out on-screen, there will be another, equally fascinating duo popping up on the show: Princess Margaret and Antony Armstrong-Jones.

Ahead of season two’s Dec. 8 premiere, we met up with Vanessa Kirby, who plays the princess and Queen Elizabeth’s little (and slightly wilder) sister, at The Standard, High Line. There, the actress shared a bit of what viewers can expect this time around, including a new love story and some fun, fabulous ’60s style.

“Well, we know where we left Margaret in season one. We pick up with her from episode four, and it has to do with her recovery and grief about Peter, and she goes to a really dark place. Then suddenly…smash! She meets Antony Armstrong-Jones. And you can Wikipedia this, I’m not really revealing anything [laughs].”

“No, there are no spoilers. But we go into the ’60s, and [Margaret] comes into her own, really. She meets somebody that matches her in every way and is bohemian and strange and different and sexy. [For] the first time in her life, I think she’s a fish out of water.

“I’d say the overall arc of the season for Margaret is ‘Who am I? Who do I want to be? What kind of woman am I? How do I live with the tragedy of both my father’s death and losing the person that I’ve been waiting for? How do I heal from that, and how does a human being continue and grow and grow up?’ By the end of the season, they’re all pretty grown-up—it’s really weird to see. In the very first episode, Margaret was 17. Elizabeth was 21. We’ve all grown into little people now.”

Do you get along well with the rest of the cast?

“We’re really like a little family. Claire is like a sister, Matt is the brother—he takes the piss out of me all the time. And Matthew Goode… [On the show], we had all of these family occasions—funerals, weddings, the coronation. I always felt like, as characters, Elizabeth always had Phillip and Phillip always had Elizabeth, but Margaret could never be with Peter properly. I felt like the odd one out [and] the black sheep, as she would’ve felt. Suddenly, I had a partner in crime this season, and Matt Goode is just the best person. We laughed from the beginning to the end.”

Since it’s a different time, is your makeup and style any different?

“Yeah, it is. Gemma Hoff is the most amazing makeup artist. We spent so long every day choosing what kind of lipstick [she would wear]. I’ve never invested so much, but Margaret, as a person, did. It’s how she expressed who she is. Elizabeth doesn’t care what her hair looks like, what she wears, but Margaret would spend hours and hours and hours choosing exactly which button went where. I really tried to embody that. [With] her hair and makeup, you know, she would’ve spent ages in the morning choosing exactly how she wants it. So we did that. We started developing all of these art ’60s ’dos and really poppy red lipstick. With the costumes, I would text Jane pictures of really cool sexy things and Brigitte Bardot. She’d be like, ‘No, that’s too late in the ’60s. That’s in ’68; it’s not ’68 yet!’ I’m like, ‘No! Why?!’ The next actress is going to get to do it in season three; I’m jealous. We always tried to do kind of bright or bold colors, which expresses her inner state.”

Since Margaret is a real person, how did you balance playing her, but making the role your own, as well?

“It’s terrifying to begin with; the idea of playing someone real…how do you do that? Do you try to impersonate? I watched so many archives of her, and it’s rare, obviously, with the royals, to see anything in private. It’s always public, so you have to kind of imagine from what you see from their public persona. I read different books—ones [that are] kind of news of the world, ones that are really raunchy—which I loved—and these more scholarly, royalist views of family. I also made playlists of her favorite music because she [had] done Desert Island Discs, which is this program at home on [BBC] Radio 4. They do twenty of your favorite songs about your life, and so she picked that. I listened to all of those, and then understood what kind of music she would like. Then I would listen to it in the makeup trailer. I think what we all realized was you just have to try and find the spirit of who they are. But [Peter Morgan’s] writing is so incredible, so obviously he did most of the work. The first few weeks are tough, because you just keep thinking, ‘Oh my God, I don’t look anything like her. Do I even sound like her? Does that matter?’ Then you kind of relax into it because really, all that matters is your relationship to each other, and making sure that I believe as much as possible that Claire and I are sisters. It becomes a human story, rather than any kind of historic re-creation.”

You’ll Love The Marvelous Mrs. Maisel, but You’ll Definitely Be Mad at Joel
Gaten Matarazzo Tells Us the Crazy Connection Between Stranger Things and Harry Potter
DeWanda Wise Is Embracing Her Stomach Rolls on She’s Gotta Have It