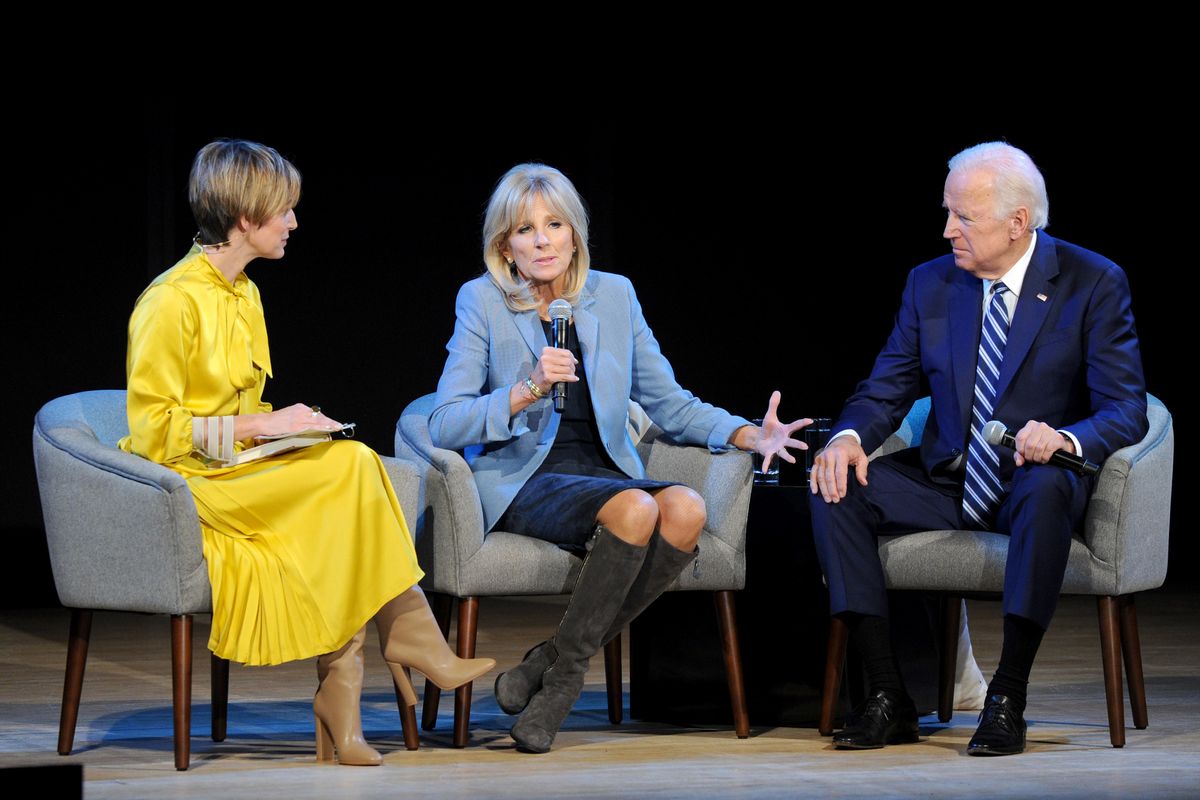 It was just one of the hundreds of super-inspiring moments from today’s Glamour Women of the Year Summit.

If this gives you any indication as to what kind of program Glamour planned for today’s Women of the Year (or WOTY) Summit, Maxine Waters just casually strolled into crazy applause while attendees ate lunch.

The summit is halfway over, but we’ve already heard from Gabby Giffords, Bozoma Saint Jean, Chelsea Clinton, Laverne Cox, Sheila Nevins (head of documentaries at HBO), and Jenna Lyons. The big surprise of the morning was Jill and Joe Biden speaking about changing the culture of sexual assault and abuse. Because of the brave women coming forward, we’re finally able to see some change being made. He also announced that he and Lady Gaga have plans to open nationwide trauma centers to serve victims of sexual assault and abuse, continuing their mission to end sexual violence. No concrete details are revealed, but we’re dying to see how this develops.

He ended their panel visit, which was actually centered around the idea of “how do you want to spend the rest of your life” (moderated by Glamour EIC Cindi Leive, who is stepping down at the end of the year), by saying this:

“We’ve succeeded when not a single woman who has been abused asks herself, ‘What did I do?’ There is nothing you can do that ever justifies a man raising a hand to you. Nothing. Period. It is never, never, never a woman’s fault.”

Again, just one of the awe-inspiring, tear-jerking, so-proud-to-be-here-feeling moments of the day—and I’ve only seen half of it.

The summit is being live-streamed here if you’d like to join in, and we’ll be sharing special tidbits on our Instagram Story all day.