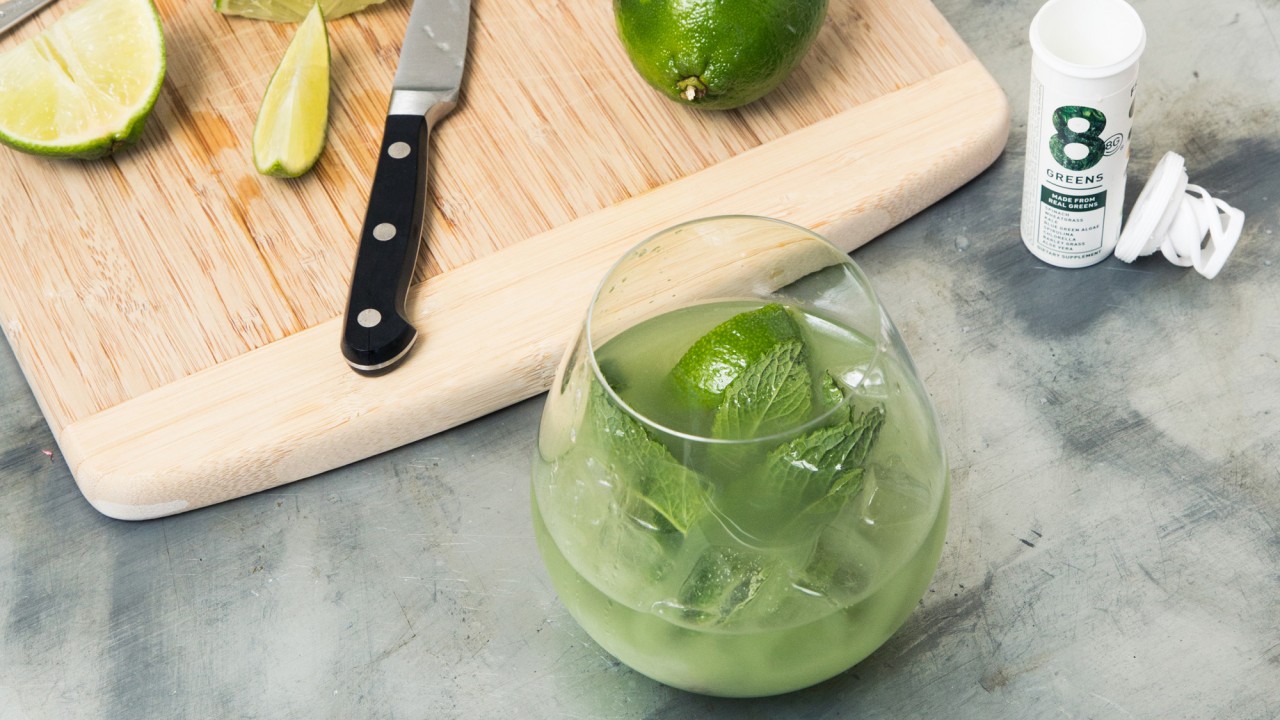 A Greens-Packed Cocktail A Cancer Survivor Enjoyed After Completing Treatment

At the age of 25, Dawn Russell was told the unimaginable–that she had stage 3 lymphatic cancer. After multiple treatments and surgeries she was cancer-free but had a weakened immune system. Instead of looking to more medicine she focused on her diet and created the 8Greens tablet made with a combination of spinach, spirulina, aloe vera, wheatgrass, blue-green algae, barley grass, chlorella, and kale. It took five years to get just right but now she cooks with it all the time and her newest cookbook, The 8Greens Cookbook, outlines some incredible recipes that are as delicious as they are healthy.

Considering we used to think  indulging in a fresh slice of mouth watering Artichoke Pizza was good for us, we're pretty happy for an actually healthy green alternative. Our favorite of Russell's recipes would have to be this spectacular cocktail which contains a handful of healthy veggies! Just take your usual vodka seltzer and add some unexpected ingredients you otherwise would be reluctant to try and voilà, a minty fresh cocktail that’ll leave you both buzzed and feeling better than ever.

“This cocktail was invented for me, on my birthday, by the head bartender at my friend Juan Santa Cruz’s fabulous restaurant Casa Cruz in London. Vodka Soda is normally super boring: here the mint makes is refreshing, and the 8Greens gives it a great flavor which means you’re also drinking Spinach, Kale, Spirulina, Blue Green Algae, Barley Grass, Wheat Grass, Aloe Vera and Chlorella. Not many cocktails you can say THAT about.” - Dawn Russell 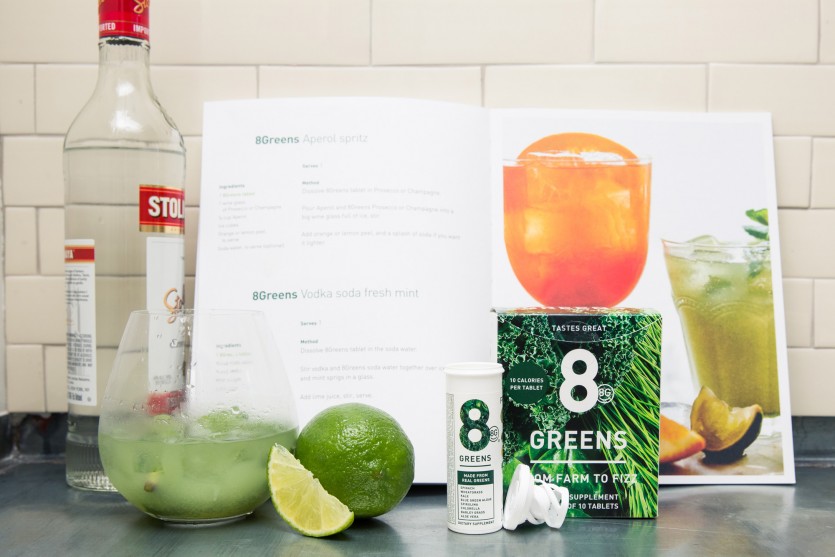 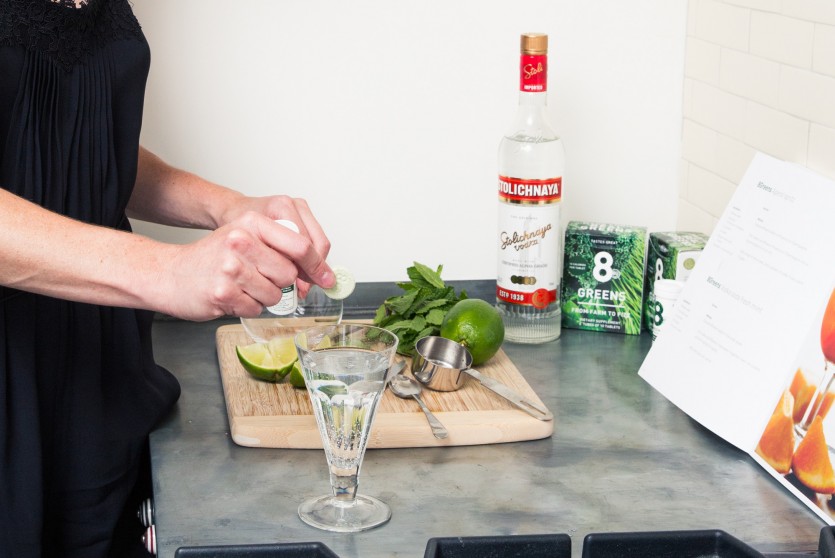 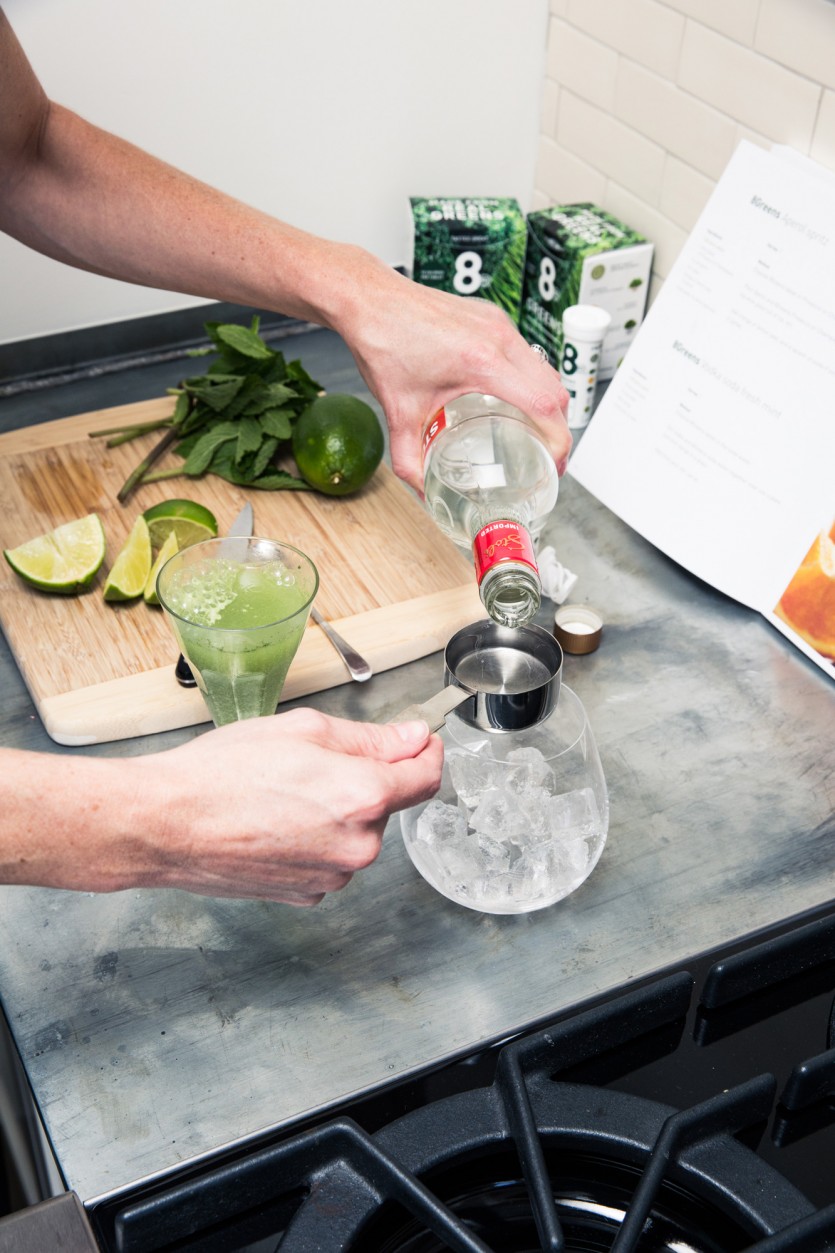 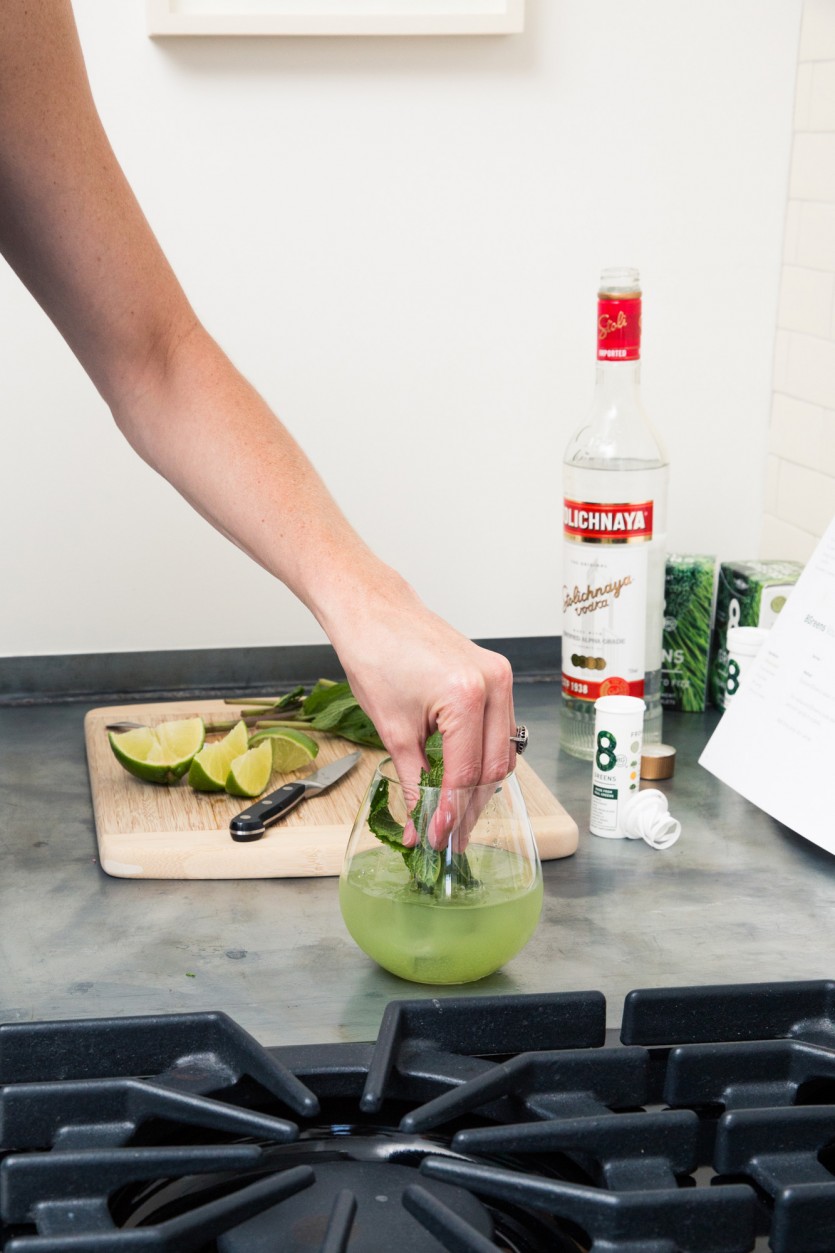 2. Stir vodka and 8Greens soda water together over ice cubes and mint sprigs in a glass. 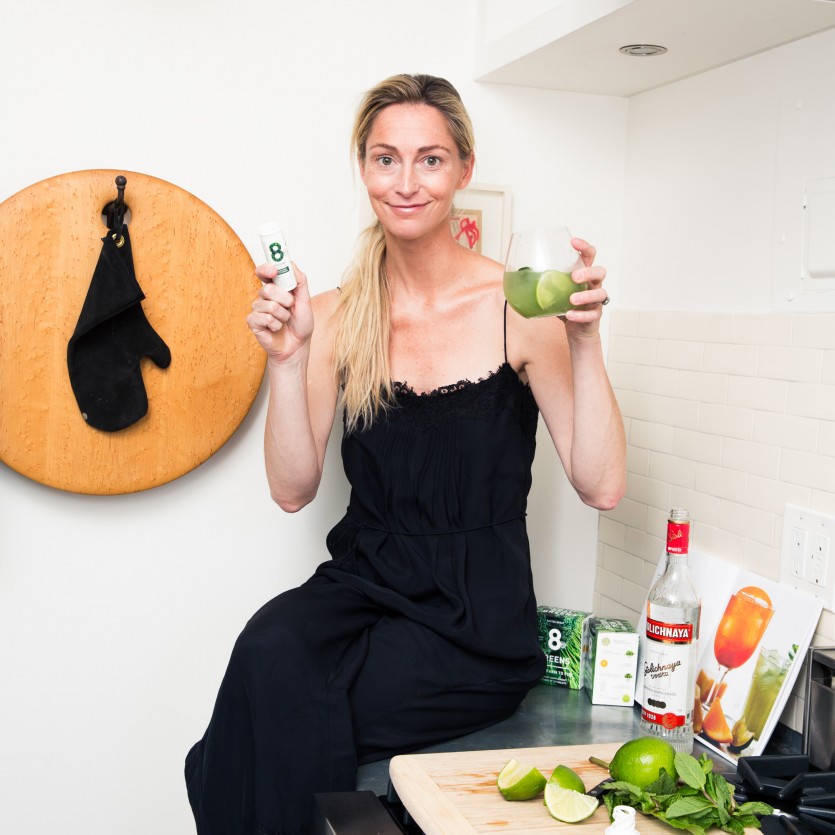