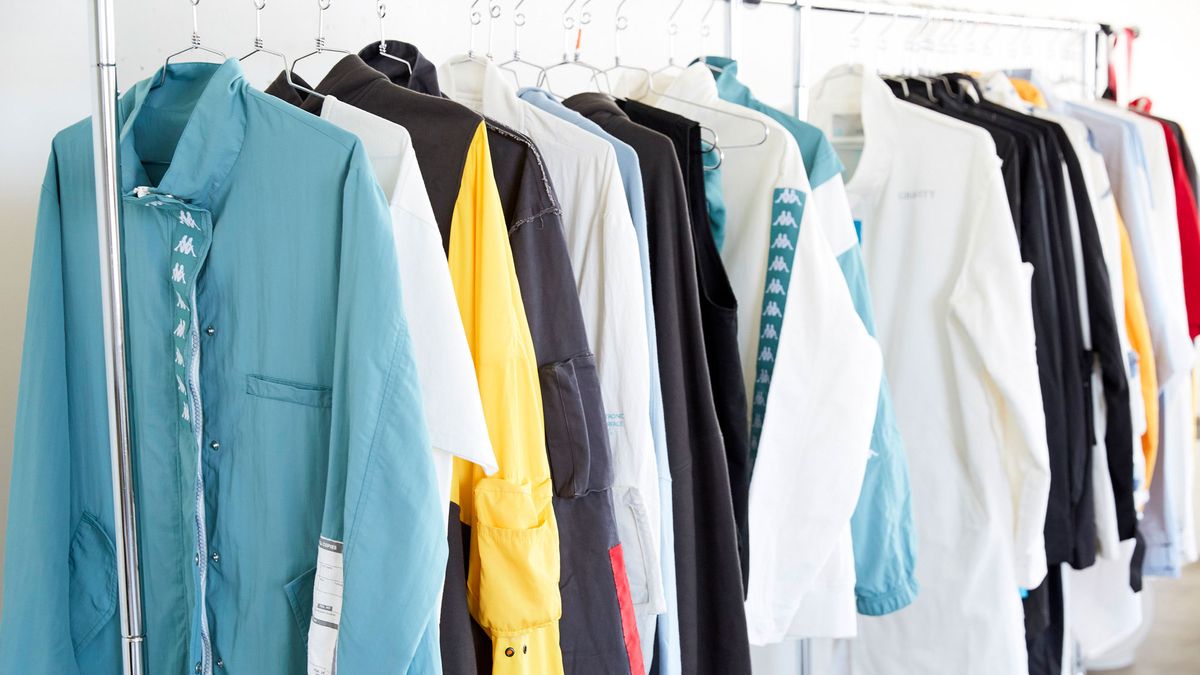 Your Favorite Celebrities Are Probably All Wearing C2H4

Yixi Chen was the designer behind *that* turquoise Kappa collab.

There are certain brands that seem to hit the ground running—one day you’ve never heard of them, and the next their pieces are on every other person on your IG feed. This is pretty much how things went for us with L.A.-based brand C2H4. We first became acquainted with the brand by way of its Kappa collaboration—a line comprised of all turquoise-and-white pieces, from a hoodie to a tracksuit to a jacket that was modeled by everyone’s favorite male model, Luka Sabbat.

Once we were onto the Kappa pieces, it was slippery slope from there, and we found ourselves falling in love with one C2H4 piece after another. “When I was 20, I was shopping a lot, and I would buy a lot of designer stuff or even just look at streetwear and designer stuff,” says C2H4 founder Yixi Chen. “I felt like there was something that the market—or actually I—needed. There was a lot I liked, but there would be something I wanted to change about [the pieces].” And so she took matters into her own hands.

It’s clear Chen’s plan worked, as the likes of The Weeknd, A$AP Ferg, Kylie Jenner, Hailey Baldwin, Vic Mensa, and 2 Chainz have been spotted sporting the brand’s pieces. C2H4, by the way, stands for exactly what it does scientifically: the chemical compound ethylene. And the logo? “It’s the molecule illustration for C2H4, the ethylene,” Chen tells us. The whole brand runs off this scientific and constructive formula, with each collection telling a story about the current state of the world. “I look a lot to movies, shows, music, and just general things [for inspiration],” Chen explains. “For example, when I’m on an airplane, there’s a lot of subtle details on the airplane that are very interesting—the warning sign or the cart they use to service the food. I find little things like that in my life to get inspired.”

Her current fall/winter 2017 collection, titled “Post Apocalypse,” is a prime example of Chen’s forward-thinking design approach. “This story is about World War III—my imagination of what it will look like after World War III,” Chen says of the collection. “It's about a chemist. He used to make chemical weapons in the lab for some country, and this collection is about what he’s wearing when World War III has ended. We have a lot of distressed and military-inspired [pieces]. It’s my way to say, don’t start World War III. Sometimes humans are very smart—sometimes they’re stupid. The human race can’t bear another world war.” Chen’s spring/summer ’18 collection, “Zero Gravity,” also takes a look into the future. “It’s basically myself imagining what people will wear in 2082,” the designer says.

Jumping back to the C2H4 Kappa collab—we had to get the 411 on this project from Chen because, hi, we’ve been obsessed with Kappa forever and are so happy it’s back. “We call ourselves chemists because a chemist [uses] different substances and puts them together to make something new. For us, it’s the same thing,” Chen says. “With Kappa I wanted to make something new, something that Kappa had never had before. The collection actually was designed really fast. We had our team [together] one evening, and in four hours we found the inspiration and designed the whole collection. Kappa was heavily concept-driven, so it was very easy to design.” It’s hard to believe it only took four hours for this well-received collaboration to be designed. A true testament to both Chen and her team’s creativity.

A$AP Rocky & Young Thug Are Fans of This Toronto Brand
The Jewelry Designer Who Made All of Kendrick Lamar's DAMN. Pieces
How Do You Design Hats For Madonna, Beyoncé, and Zoolander?