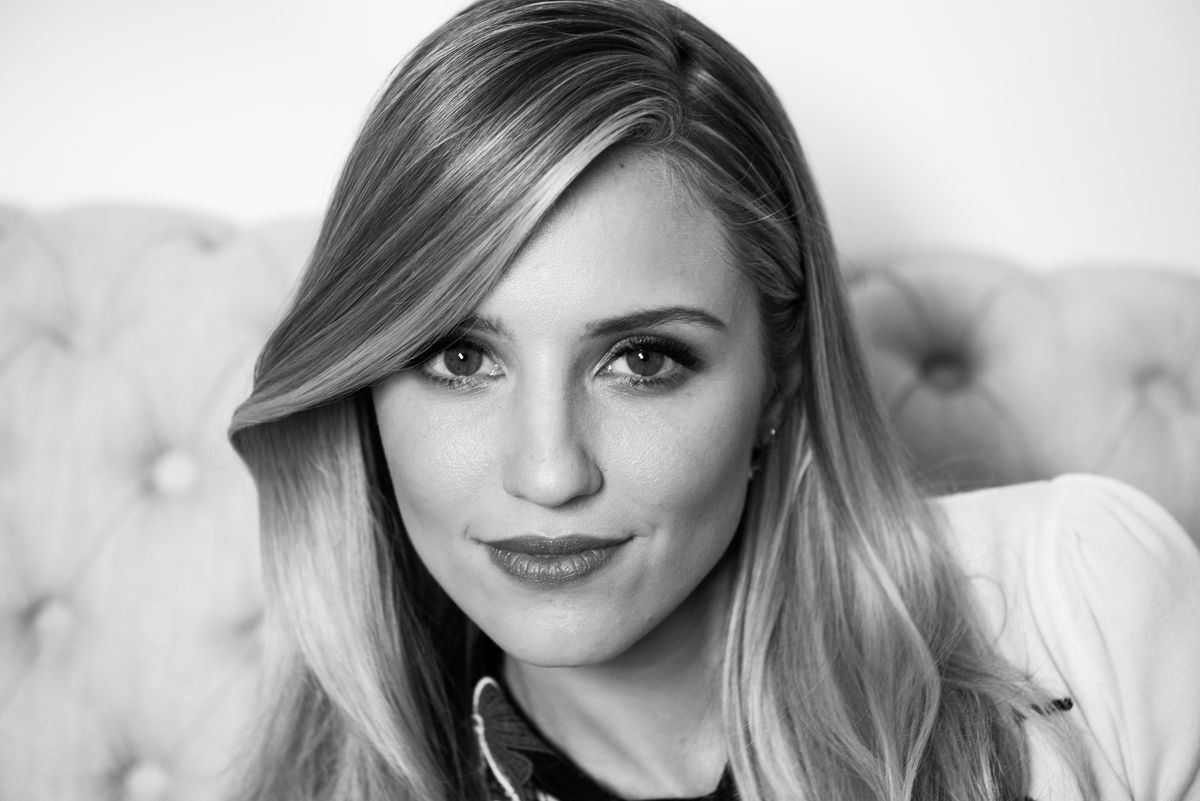 Dianna Agron Was Once Bullied for Her Faith

The Novitiate star on her relationship with religion and spirituality in adulthood, the most challenging part of her role, and the hilarious (tipsy) story from the night she took the part.

For Dianna Agron, portraying Sister Mary Grace—a young nun committed to commune life amidst the Vatican II’s reform of the Church in the 1960s in the buzzed-about film Novitiate (out in theaters October 27)—was a serendipitous collision of events. You see, it all came out of a forged friendship between Agron and writer-director Margaret Betts over sidecar martinis (as in 2-for-1) at the Carlyle in Manhattan. That meeting, which ended with a tipsy attendance to Yom Kippur service (we’ll get into that fun tidbit below) and ultimately aligning schedules, set Agron up for one of her most raw performances—a major departure from her peppy Glee days.

With award chatter swirling, I sat down with her at our TIFF Portrait Studio to talk about her own evolving relationship with spirituality, the power that clothing had on her character and in the Church, and how she was once actually bullied for her faith.

The fortuitous events that made her take the part:

“I was taking my husband to Temple for the first time with our friends. We had this whole plan: go to the Carlyle Hotel, meet with Maggie [Betts]. Because it was Yom Kippur, he and I were going to eat a really big dinner before temple, but what ended up happening as I fell so in love with Maggie [is] that we had a martini, which also comes with a sidecar, which is essentially another martini, so I had two martinis and no food. [During drinks] I’m getting so many texts from him like, ‘Hey, are we still having dinner? Are you OK?’ So he hurries over, we eat a handful of nuts and race off to temple, and the whole time I’m thinking like, ‘This is all so wacky and wild.’ One, I’m so in love with Maggie. I’m so happy we’re doing this movie together. [Two], how am I now drunk at temple for the first time? And who am I? On Yom Kippur of all the things that you’re not supposed to do. Sitting through this three-and-a-half-[hour] service, thinking about all kinds of religions, not just Judaism, this project. I’m like, ‘I really did not do this day properly,’ but it was one of those things where our schedules were kind of pulling us in and out of places. It was just a very, very funny experience to have that be our entryway.”

The clothing played an important role:

“Maggie did such a great job of giving us a little bit of time for rehearsal prior to filming in which we had all of those fittings. The habit and the wimple are two really important factors in stepping into that world. Especially that headpiece [the wimple], which has to be fastened so tightly. Just how much discomfort I fared during the day—I could barely hear what people were saying to me. Immediately, when I put on that outfit, I felt that I needed to be full of grace, very stern, and standing proper.”

And how she chills out after an intense scene:

“It’s very helpful having the younger novices around because any time I would exit a place of severity [with my character], they would be giggling on the lawn or doing cartwheels. They are so full of life; all of those girls are so sweet and fun and very giving to me. It was a very well-rounded experience where we had work to do on set, and we’re very dedicated and serious with that, but also had a lot of fun.”

Why now is the time she’s examining her own faith:

“I’m at the point of my life where I’m starting a family, but I don’t have kids yet, and it’s questions that I ask myself. I was so religious-based as a kid, and it was good and bad. I lived in Texas for a few years, from two to nine [years old], and I was severely bullied for being Jewish. There were cops outside of my Temple every day, which I thought was normal until I moved to San Francisco. I was like, ‘Oh, it’s not normal to be bullied for this. It’s not normal to have police enforcement outside of your place of worship.’ I bottled it up [as a child], and I feel like later it’s come to a head where I can be sad for those times. I’m justified in those feelings. Now, thinking about how I’m going to involve my kids, it’s difficult. I love the religion in which I was raised. I see such beauty in other religions, and really to me, it’s about family and values and how that tethers you to everybody else. I don’t know what the answer is yet, and I have some time to think about it.”