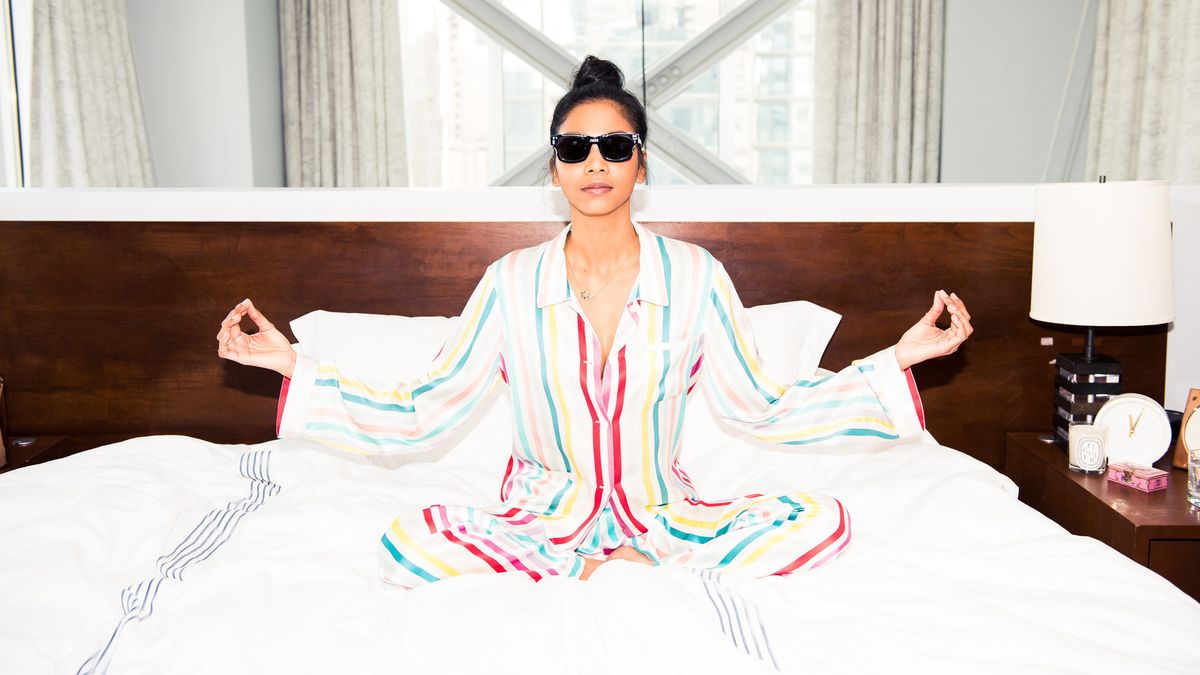 How Breaking Up and Losing My Job Made Me Happier

As soon as you stop forcing it, life falls into place.

“Is it strength, or is it grip?” This was the question posed to my class the other night at Sky Ting, a trendy yoga studio in Chinatown in Manhattan. We were all in a forward lunge with our elbows down in front of us, holding what felt like an impossible position. (Google “lizard pose” and give it a try.) “Scan your body and notice the strength building in the muscles holding you up and notice the areas that are gripping even though they aren’t actually supporting you: your knuckles, your forehead, the back of your neck,” said Ally Bogard, our instructor. It was subtle and slow, but as I let go in all the unnecessary places, I felt extra energy move into my thigh and my butt, which were the real muscles keeping me upright. It felt more stable and less like I was going to die. “Strength versus grip,” she repeated.

The words defined what I failed to describe for a long time. (Though my therapist, acupuncturist, healer, and parents would all probably say they’ve been explaining this to me perfectly clearly for years.) This is the thing: You can’t strangle life into giving you everything you want. And you probably shouldn’t. In my 20s, I thought: “You can do anything in the world and have it all if you just work hard enough!” This inner monologue is a helpful message for some, yes, but for a certain type (me), it turns out it doesn’t really work that way. It can actually make you miserable.

Rewind to a few years ago. Within a six-month period I turned 30, ended an eight-year relationship with someone I wanted to marry who didn’t feel the same, moved out on my own, and, to top it off, was restructured out of my job—a dream job that I was actually pretty good at. I was a single, unemployed 30-year-old. A terrifying description that I spent my entire 20s fighting to prevent. I had worked tenaciously in a hyper-competitive industry (magazines) with expectations that bled well into life outside the office; alternated between putting all of my effort into improving my relationship and then strategically trying to not care, which both take equal energy, by the way; and pushed myself to manage everything else a girl’s supposed to manage: fit in three to four workouts a week; track my calories, period, and finances on my apps; get blowouts and manicures; follow a multi-step skincare routine; keep a tidy Pinterest-level apartment; read the news; connect with my family; go to aforementioned therapy and acupuncture; get thoughtful gifts for the flurry of weddings and baby showers filling up my schedule; take a writing class; read a book; meditate; and, you know, try to actually do what I like to do, too (watch HBO).

These are all the markers of someone who has their sh*t together, right? But for me, it was a lot of strangling. Or gripping, as it were. It usually felt like none of it was enough unless I had all of it under control and all of it at once, which is kind of a messed-up mind trick to play on oneself considering it’s not really possible. I know for some amazing people the above lifestyle might sound like a breeze—what if I was also a mom or had an ill parent to care for, too?—but it clearly wasn’t meant for me. I know this for two reasons: first, because I was effectively booted off that path kicking and screaming, and second, because the day I left my job I was happy to a degree I hadn't been since college. I felt both insanely calm and really excited. By that point I had fully thrown in the towel. Whatever it was I had been aiming for (married with a stable job and friction-free life), someone else had a different plan and was intent on hitting me with it right in my face. So I decided to cut myself a break. No forcing or obsessive strategizing, just putting one foot in front of the other and seeing what happened next. In fact, I booked a one-way ticket to California and crashed with my best friend in San Diego until I learned about work worth going home to in New York City about three weeks later. I flew back and, eventually, I let my life evolve into something I couldn’t have planned out at all. It is way, way better. And, indeed, I feel more stable and less like I’m going to die.

My inner monologue these days isn’t about pushing, but asking: “Am I just doing this because I’m ‘supposed to’? Does this appear to be increasing my happiness? Do I feel OK?” No-brainer things to ask oneself, yet I find most women in my life struggle to do it. Of course, these kinds of lessons have a way of sneaking back up on us. I have a new dream job and a new boyfriend, and sometimes that pushy person in my head is very alive and well, still wondering about her old agenda. “You forgot to meditate this morning! You should really pre-schedule the next three months of workouts! I don’t think your 50-year-plan is on track!” She kind of sucks. But I try to remember: The worst thing that I thought could happen ended up being the best thing that ever happened. Loosen your grip.

Mindfulness
More From the series Living