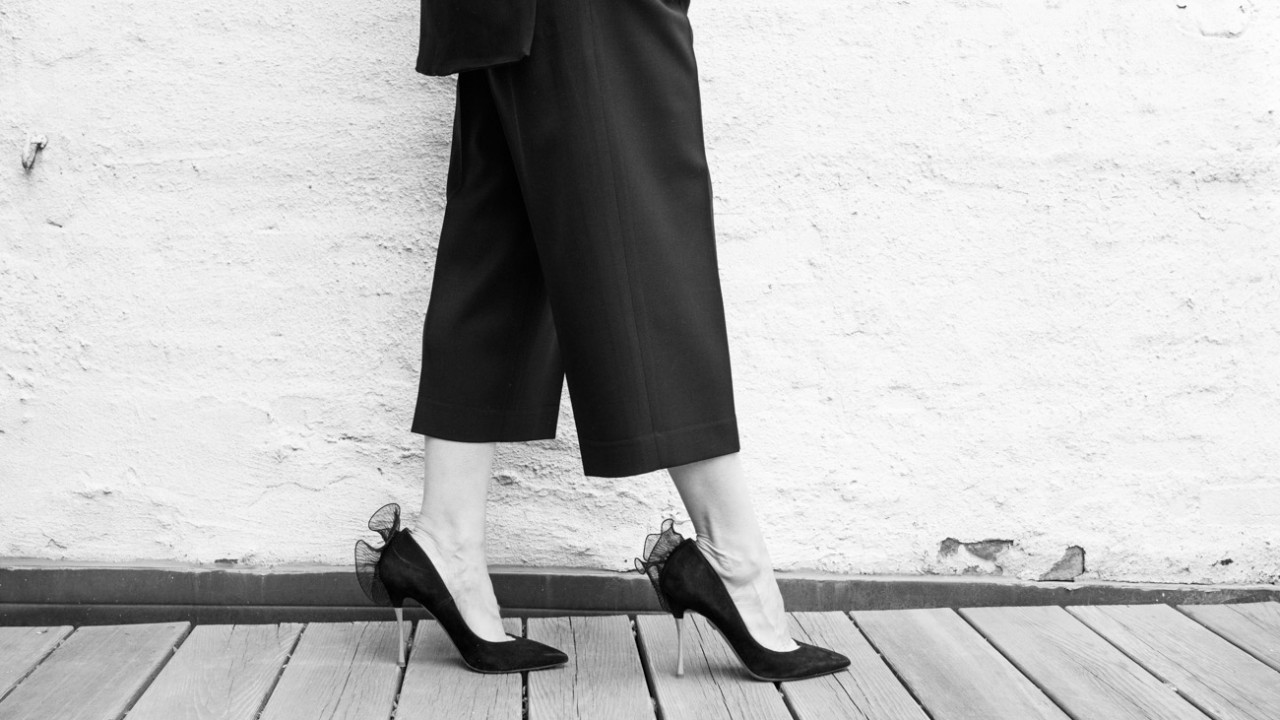 The Disturbing Excuse I Heard After Being Sexually Harassed at Work

This #MeToo story is, unfortunately, a common one.

Oftentimes, when women come forward with stories of sexual assault and harassment, people ask questions that fill me with rage: Why now? Why did they wait? Why did they need for it to become news to talk about their own experience? Do you think they’re telling the truth?

It’s 100 percent messed up and most definitely a form of victim shaming. I heard these same questions again after reading the many disturbing stories involving Harvey Weinstein, and again, they upset and disappointed me. There are likely a million reasons “why”: feelings of embarrassment, of shame, of fear. And none of them, I repeat, none of them, are anyone’s business.

As for me, I know my own reason for never talking about my encounters with a creepy boss: I’d written them off as “normal.”

It wasn’t that I thought him hitting on my co-workers, massaging our shoulders, and constantly bashing my boyfriend was perfectly fine. I knew that it wasn’t, and it made me feel icky and, to be quite honest, terrified. I always tried to keep my distance, and I mentioned it to a few people. But it seemed that everyone else had similar stories, and the main response that I got was “He’s like that with everyone.” In my early 20s, that was the answer that I accepted.

It wasn’t until I started reading the horrific stories from well-known women about Harvey Weinstein, Ben Affleck, and others, and discussed similar experiences with co-workers, that I took the time to reflect. I immediately remembered how uncomfortable that boss made me feel. I remembered making sure to introduce him to my boyfriend, for the sole purpose of him seeing that I had a boyfriend and that I was unavailable. I remembered hearing a story another woman had told me, about how she’d reached out to him for job advice, and, conveniently, the only times he could meet up were on Friday nights, for drinks.

And I remembered repeating to her, “He’s like that with everyone.”

I didn’t know better then, but I definitely know better now, and this was not ok. And the fact that everyone, myself included, just accepted his behavior as somewhat normal truly angers me. No one—man, woman, and especially if they’re an authority figure—should behave like this. It’s so, so incredibly wrong, and it’s time we start calling it that.

There has been a bit of backlash surrounding the #metoo movement, which caught on when Alyssa Milano tweeted a note that read, “Suggested by a friend: If all the women who have been sexually harassed or assaulted wrote ‘Me too’ as a status, we might give people a sense of the magnitude of the problem.” There’s the question of why people must out themselves and share deeply personal stories in order for others to realize it’s a problem. Why must there be this “proof” for it to be taken it seriously?

Personally, I can see both sides, yet when I saw other women sharing these experiences (when comfortable), it shocked me and helped me recognize other encounters that I’d pushed out of my mind and didn’t originally realize were wrong. It turns out I’ve naively let a lot of things slide and called them “normal,” when they clearly weren’t—this story is just one of many.

See a few well-known names who have used the hashtag ahead.

It’s funny. I just figured it goes without saying. #MeToo

Bc I thought ppl wld blame me or my sense of humor (which they DID, btw) it was scary&degrading to speak out re: harassment at work. #MeToo

All too pervasive... Me too. #MeToo #TogetherWeRise https://t.co/ju5K3USDt8

#metoo A manager on my first big tour as a backup singer. When I went to a lawyer he told me to suck it up bc the guy could do a lot for me.

Women shouldn’t have to share our most personal stories just to generate a modicum of sympathy. But too often, we do.

Because I was shamed and considered a “party girl” I felt I deserved it. I shouldnt have been there, I shouldn’t have been “bad” #metoo

#MeToo • “If all the women who have been sexually assaulted or harassed use ‘Me, too’ as a status update, we might give people a sense of the magnitude of the problem.” • It's shocking to see how many men are shocked. That women they know, perhaps even EVERY woman they know, has been sexually harassed. Sexually assaulted. This problem reaches farther than Harvey. Or Donald. (Both of whom, by the way, I hope get their due.) We live in a country where 1 in 4 women is assaulted or raped by the time she leaves college. And those numbers come from what gets reported. Estimates put the true stats at 1 in 2. Half of all women. By the age of 22. And if you scoff at that reality, you are part of the problem. If you are feeling a little uneasy, wondering if your behavior is part of the problem? It is. I promise you. If you're a woman who has been manipulated or bullied into feeling like her assault was her fault? It was not. There is no excuse for the behavior of abusers. And so many abusers are adept at psychological and emotionally abuse, thus masterful manipulators. • And if you're one of those men that I know? One of those men whose palms are sweating reading this? Wondering if your names are about to be exposed because of what you've done? How you've abused. How you've twisted. How you've lied. Good. Sweat. Be afraid. Welcome to our world. And watch your backs. We have looked over our shoulders in fear, every day and night, for long enough. Your turn. To you abusers and the ones who stood by and stayed silent? Consider this your notice. From me and from women everywhere. We are roaring, alright. • #MeToo #WomenWhoRoar

This is what we’re up against - people like this creep #MeToo https://t.co/LAvr7gyRah