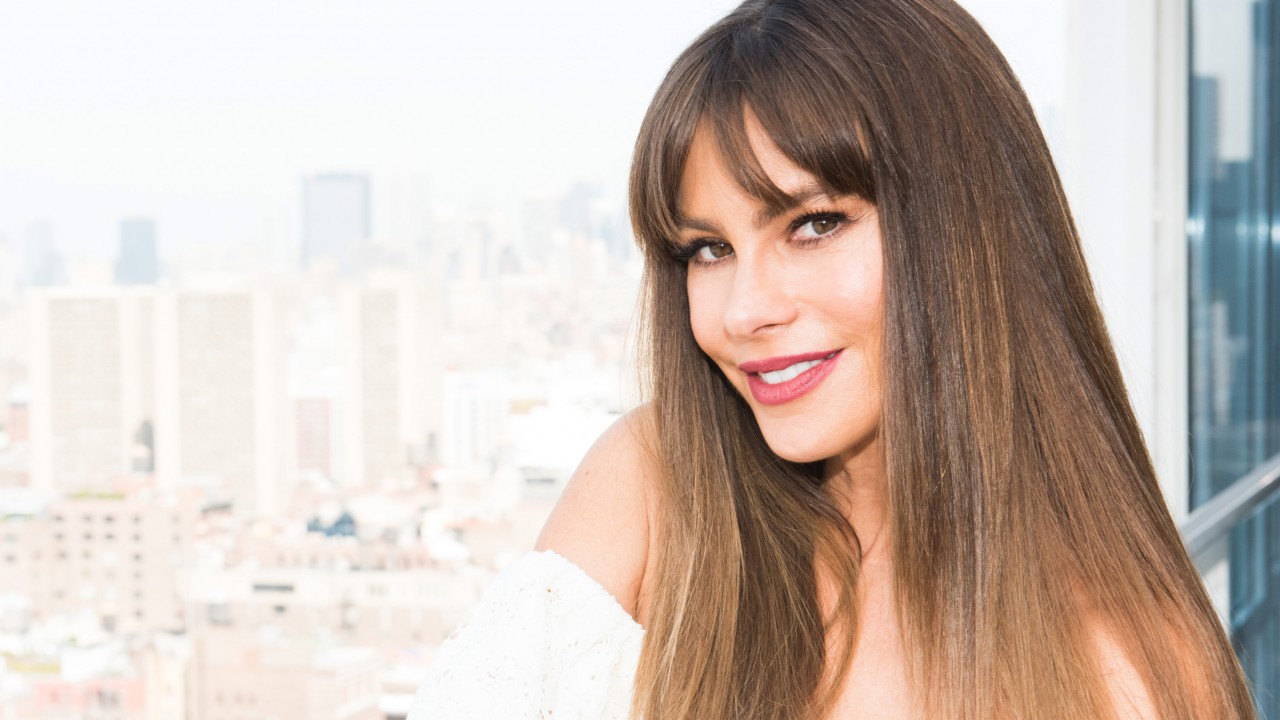 The moment I met Sofia Vergara, she was lifting a chair and dragging it outside. Someone had suggested that our interview should take place on the balcony of NoMo SoHo’s penthouse, rather than indoors, and within seconds, she was making sure we both had seats. The sweet gesture was actually quite telling: On one hand, Vergara is gorgeous, super talented, and has been the highest-paid actress on TV...for six years in a row. (Whoa, Modern Family.) On the other, she’s down-to-earth, silly, and seems to genuinely care about others.

It’s exactly why her latest project, EBY, makes a whole lot of sense. The underwear subscription service is a mix of fashion, business, and giving back, as 10% of sales helps microfinance women living in poverty around the world, starting with Colombia. I spoke to Sofia—outdoors, in that chair—about her newest venture, gathering business tips along the way, and finding out the one thing Joe Manganiello always teases his wife about. 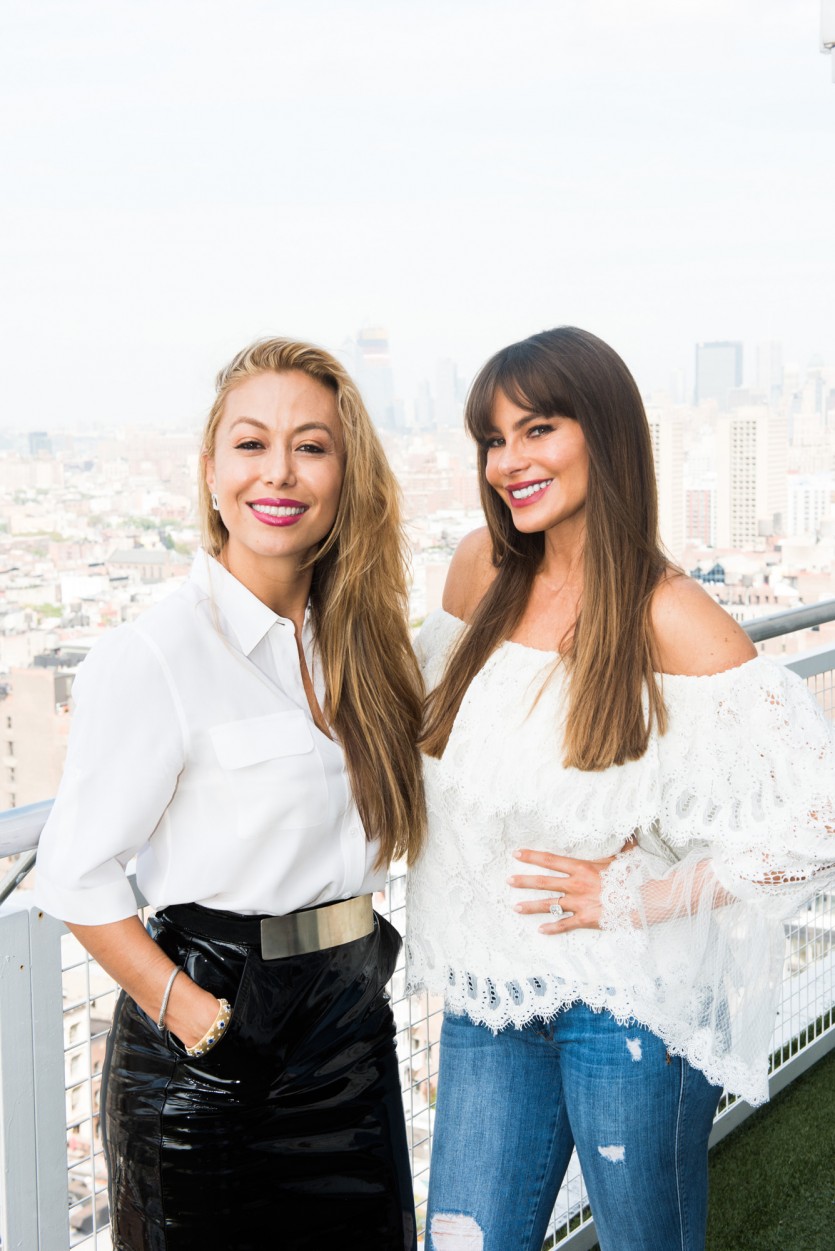 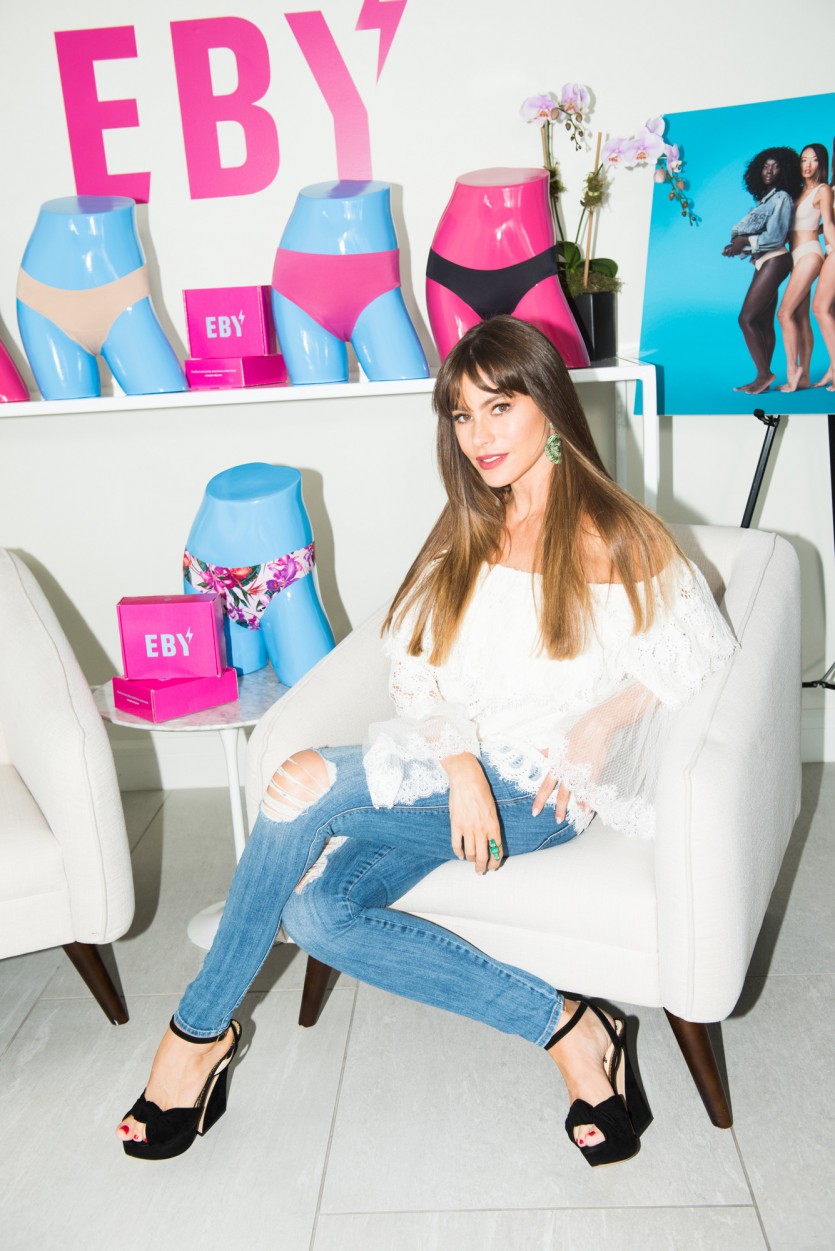 Can you tell me about EBY and why you decided to do this?

“It’s the perfect combination that I’ve been looking for, for a long time. I love business and doing projects where I can make money, but now I found something where I make money and empower women to make their own money and take control of their lives. Not asking anyone for anything—their husband or their brother. They can own it and control it. I get a million people sending me projects and businesses—‘Do you want to be part of this?’ ‘Do you want to endorse this?’ The first thing [I say is] send me the product before doing meetings or anything—I don’t have time. So Renata [Black] sent me the underwear, and I’m like, ‘I can’t live without this underwear!’ [laughs] It’s amazing, it was super practical. It doesn’t roll, it’s not uncomfortable, it’s seamless, nobody can tell that you’re wearing underwear, and there’s also a style that holds you in more. The whole thing was perfect, so then I’m like, ‘Let’s meet, let’s have the conversation.’ Then she came and showed me all she is doing with the Seven Bar Foundation, which is a nonprofit organization that is microfinancing women all over the world. So we’re picking one country here and there and giving women the loans. We’re giving them a start to open their own business. It’s not just giving them a donation or something that goes away fast, you know? It’s something that, hopefully, will build their future.”

What have you learned about business that you would like to share with the women you’re microfinancing?

“I was a single mother very early, and what made me wake up every day, what made me be responsible, was that I had the motivation that I needed to make money, to give my son all the things that I thought that he needed. A good education, a great college, good healthcare, to have money to send him abroad to get cultured—I wanted all those things for my son. And I wanted, also, to have the power to help my family in Colombia, because it’s Colombia, and I was living in the United States, so I needed to help them. Money gave me a lot of power, money gave me independence, money made me feel good about myself, and I know how important it is. So that’s what I want women to know—if you are able to control a little bit of money, and power yourself with it, you can do a lot of good things for you and your family.” 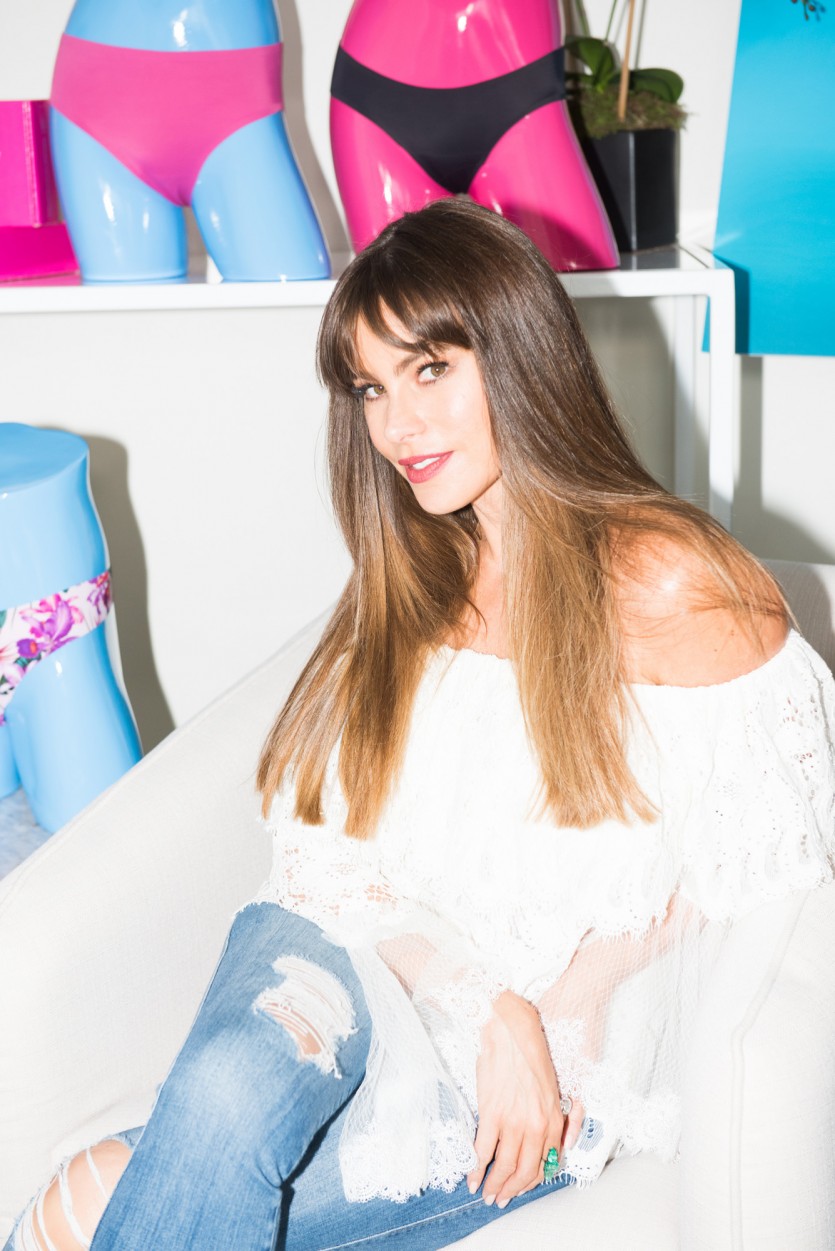 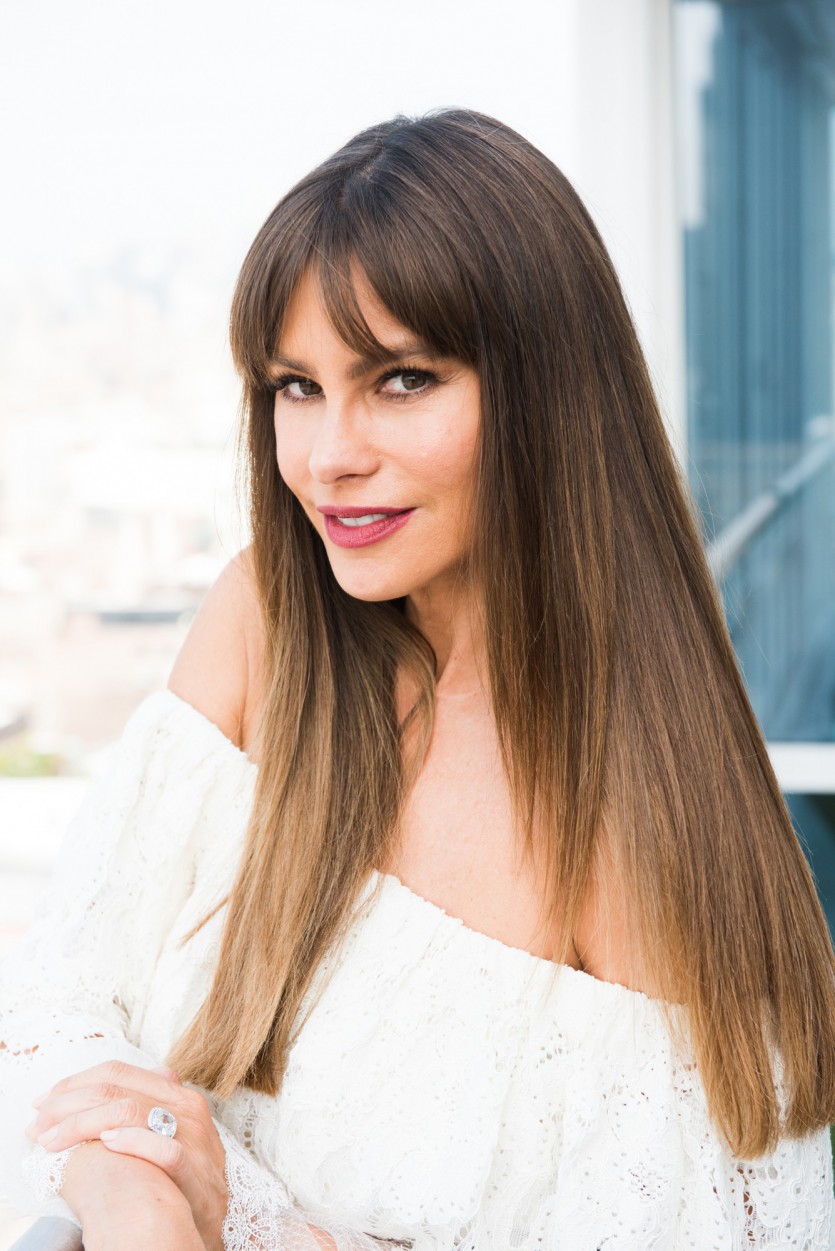 It’s weird—underwear is often sexualized, even though we all wear it every day.

“I’ve been asked the question, ‘What are you looking for with this underwear? As a sexy thing? Or what?’ I think you can have everything. We wanted to have fun with the prints and the basic colors—which is what we usually wear. No matter how sexy we are, we use the basics, which is the nude, the black, the white, the gray. And then prints for fun. But it’s also underwear that makes you look good, and makes you feel good, and makes you look good with your clothes on, which I think is even more important than without them. [laughs]”

Is it a pet peeve of yours when you can see underwear lines?

“I hate it. I think it’s horrible, because sometimes, you can have a really good figure, but if you have the wrong underwear on, there’s something that always is like, distracting.”

Are you the type of person who likes to get comfy when they get home?

“My husband always makes fun of me because he says that I have like, three outfits a day. He says that I have my outfit that I go out in, then I have my loungewear—because as soon as I get home, I don’t want to be in tight jeans or a dress—I always have an in-between thing, because if it’s 4pm, I don’t want to put my pajamas on. If I’m going to be at home, I don’t want to be uncomfortable. So he says, ‘Oh, you’re in your loungewear now!’ Then I wear my pajamas when I’m going to go to sleep. So he always makes fun of me. But you know, women want to be comfortable, but cute at the same time. And we can do it all.”