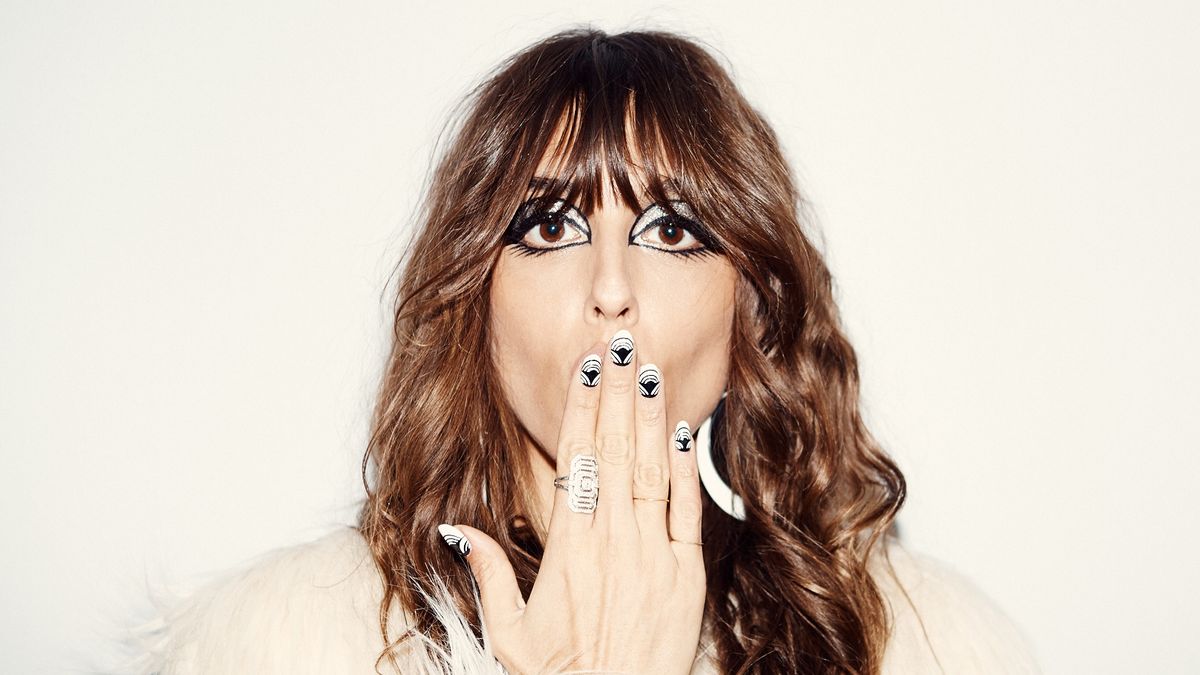 What, you don't lift your Halloween costumes from ’60s French cinema?

The moment we learned Violette planned on dressing up as Polly Maggoo for Halloween (!), we knew we had to be there to capture just a little bit of the magic.

Think of Violette as the ideal industry makeup artist—as in, she can do the whole transformative glam thing (see her recent spread in Vogue Russia) and absolutely nails pared-down, low-maintenance makeup, too.

So how did this year’s Halloween idea come together? As Violette tells it, “My friend Allison Bornstein is a stylist, and she got me that coat. We were thinking of a Halloween costume, because I wanted it to link to fashion as well, and she told me about this movie [Who Are You, Polly Maggoo?] that I haven’t seen in so long. I’m in such a French mood right now, so it was perfect.” We second that.

And despite being a Parisian superhuman, it turns out Violette’s desire for a costume was born out of something we can all relate to. “The motivation was to do a look for Halloween that was super creative. You want to be someone else once a year, but not be gross, and be completely different.” Wanting to strike that delicate balance between something completely ridiculous albeit allegedly sexy (sexy lobster! sexy corn on the cob! sexy Mad Libs, basically) and not being that one person who takes Halloween way too seriously (we’ll never beat Heidi Klum, so why try?): we totally get it.

As for the beauty? Violette described it as “quite easy,” and we choked a little on our coffee. “The focus is on the eye—for this, you need time,” she explained. The product lineup? “I have silver eyeshadow, glitter, silver glitter. The biggest [piece of] work is the liner, and then fake lashes,” she detailed, pulling out product after product from her cosmetics case. Which brought us to our next question: glitter. It’s (affectionately!) referred to as the herpes of the craft and beauty world (hence that whole Ship Your Enemies Glitter thing) for a reason—so how on earth does one go about getting it to stay put? “The glitter is glued on the eyelid. I just used M.A.C. Mixing Medium, so it’s not a strong glue. Honestly, this is not going to move unless I cry, or something crazy.” We’ll take it. She finished the whole thing off with “matte, nude lips,” et voilà—you’ve got Polly.

And what about the actual costume? For Violette, it was all about working with what you already have. “You can be creative without changing yourself too much, and using stuff you have. I’m pretty sure you [can buy] silver glitter [at a store] somewhere near your house, [you have some] black eyeliner, and then [just wear] high boots and a cute dress. But you can really change yourself [and the way you look]!” Please note this before you fork over a chunk of change for an overpriced costume that could be put towards, say, a pair of Balenciaga boots, instead. Her Halloween treat of choice (and plans) are similarly low-key: “I don’t have a sweet tooth at all. You can give me cheese and pasta all night, but candy, not really.”

As for getting all of that Halloween makeup off your face? Violette goes in with a strategy: “If you rub it with a cotton pad, you’re going to wake up like a raccoon the next day. So what I do is put some tape on my eyelid, like you’re getting a wax. It’s just going to grab all the glitter, and you’re done. Then, I massage an oil cleanser on my face, and put on a soothing cream.”