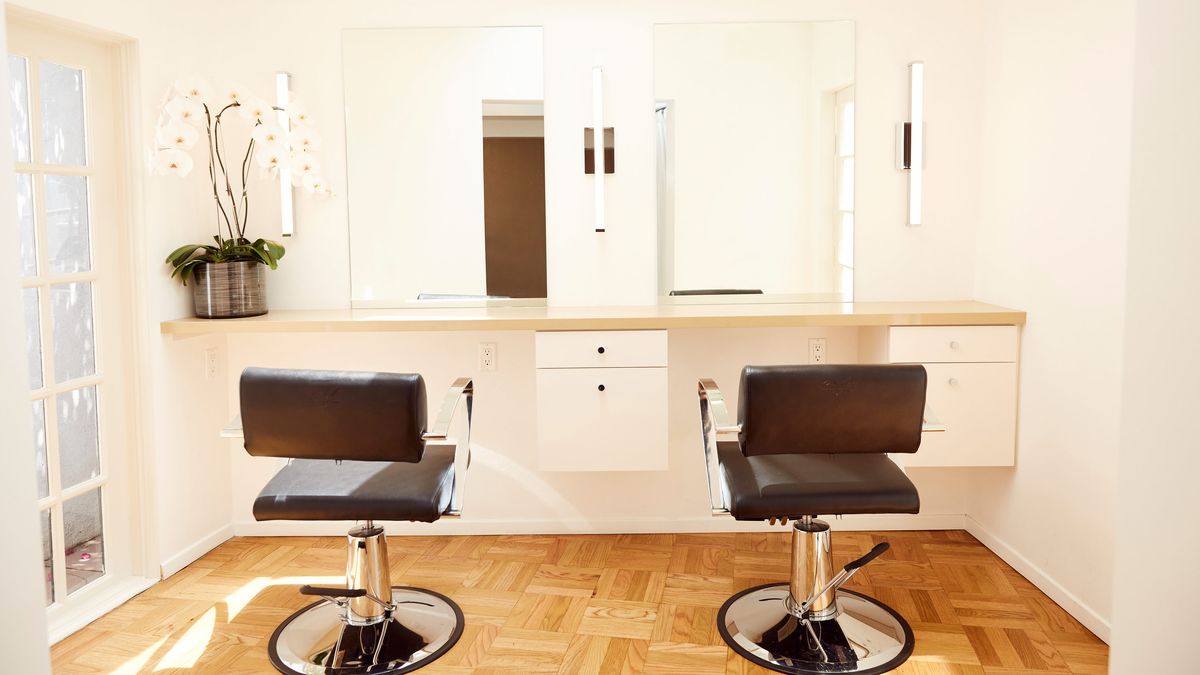 After you spend enough time with hair stylist Cervando Maldonado—the man behind the hair of Reese Witherspoon, Rosie Huntington-Whiteley, Kirsten Dunst, and Sofia Coppola, among other women whose looks we drool over—it dawns on you that he is kind of a DL hyperaware perfectionist. You wouldn’t know it right away; perfection is not something he expects of the people around him (or at least those in his chair), and his style isn’t that of the straight-laced Tom Ford type. Maldonado is VERY California: long messy hair, cute T-shirts and jeans, a classic Cali drawl you hardly hear in L.A. anymore, and a giggly personality that makes you feel like you’re walking into his backyard, not his celebrity-studded business. But now that one can visit his home turf in his newly opened West Hollywood salon, 454 North (which he opened with business partner and stylist Chris Turner-Bragg), it’s clear he likes things a certain way.

“We had the front desk, retail shelves, and front couch custom-made,” he says. “Originally we were going vintage in there, but we needed custom because it was very specific to the size.”

“[Sally] likes people that are cute, and I was very cute then, and she was like, ‘Oh, I like your leather jacket,’ or ‘I like your jeans,’ or ‘I like your boots,’” says Maldonado. “She asked me to assist her, and I thought about it, and I said, ‘For sure.’ That was my first time going to New York; [it] was the late ’90s, and I flew over just to go work with her. It was my first introduction into that world and working with Annie Leibovitz and doing all of these things right off the bat—I loved it, but it was very eye-opening. I also learned that that world is very cutthroat, and that world is very direct—something I like. I mean, I love it.”

He not only helped Hershberger open her salons, but also fell under the wing of celebrity stylist Danilo, whom he also calls a mentor, working on shoots for epic occasions like No Doubt music videos. In the time since, Maldonado has worked with other hair giants in New York and Los Angeles, most recently working at the now-closed salon Goddard and Bragg (Chris’s former biz). Now it’s his turn. Just off North Robertson, behind a huge metal gate, is Maldonado’s new two-story salon, complete with a private tree-shaded front courtyard and a rooftop patio. And maybe a celeb sighting or two.

We visited the salon and asked Maldonado to tell us about his new space, the famous women with whom he works, and what he sees as the next big trend.

1 / 15
“I’ve been very fortunate to have actresses that I worked with for over 15 years. Most of the women I work with are very serious actresses, and they take their roles very seriously. I believe that when you do a role, the most important thing is to get fully in that role, and so they shave their head, they’ll dye their hair black, they do whatever it takes to get into that role.”
Pants, Saint Laurent; Shirt, Vintage
Part of the series: