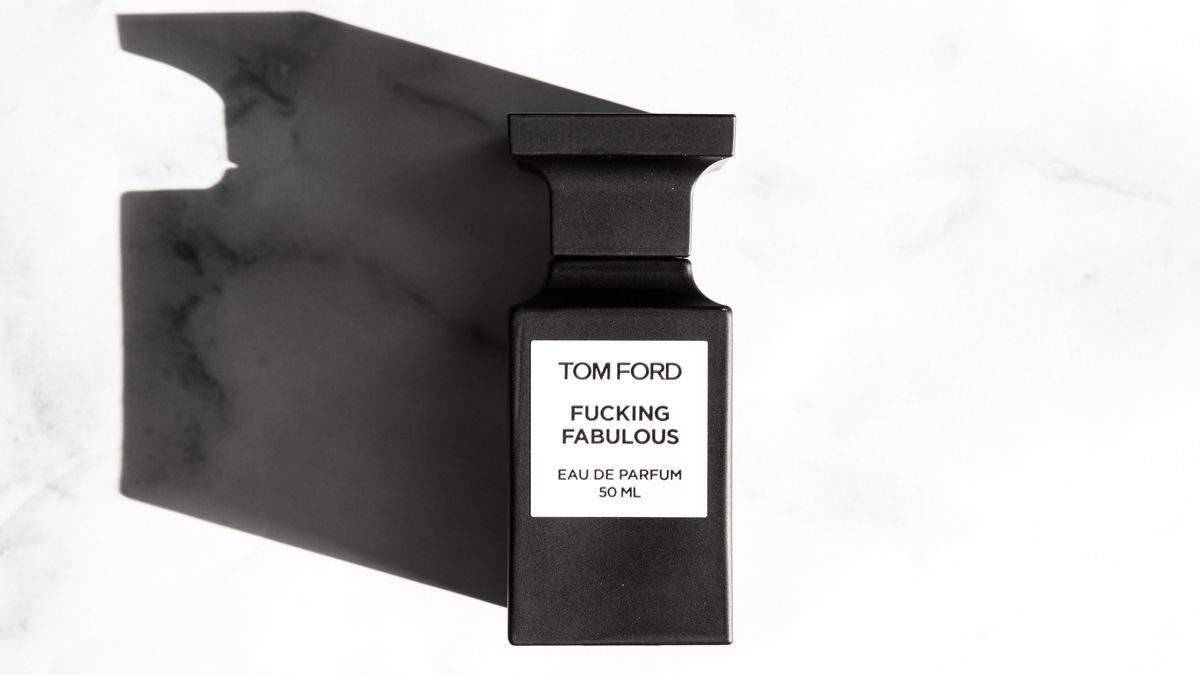 Last week, when the invitation to Tom Ford’s Spring Summer 2018 runway presentation landed on 300 lucky desks and inboxes, a little something extra came with it: his newest fragrance. But the big reveal that had everyone whipping their phones out was its name: Fucking Fabulous.

It didn’t quite break Instagram, but it certainly incited provocation, which might as well be Mr. Ford’s middle name.

The F word—or, at least the F word with an “ing” at the end of it—has become somewhat desensitized of late, at least when attached to a positive sentiment. (An angry “f-ing,” on the other hand, remains highly sensitized and is rather unnerving when either spat out or received.) It might have gotten Jenny Slate fired from Saturday Night Live, but no other adverb elicits as much satisfaction when preceding an adjective. We use it when we really want to drive a point home. “That was fucking amazing” or “You look fucking chic!”” It adds a proverbial punch to the sentiment unlike any other locution, so it was with unadulterated glee—for me, anyway—to see that the word had finally made it onto a fragrance bottle.

“We were sitting in a meeting smelling the fragrance and Tom said, ‘This is fucking fabulous,’” recalls John Demsey, executive group president of the Estee Lauder Companies, which owns Tom Ford Beauty. “I said, ‘Yeah, it is fucking fabulous.’ He said, ‘Well, why not [call it] Fucking Fabulous?’ So we did. It’s a descriptive. Some people talk about fragrance ingredients; we talk about how it smells.”

Demsey is the first to admit that in these especially polarizing times, there will be those who will object to such colorful nomenclature, which is why FF didn’t launch on a department store counter.

“We did it boldly and unapologetically, but we did it in a very Tom Ford way,” says Demsey. “It was a gesture for people in the know, but it was really because Tom can.”

Does it smell fucking fabulous? If you’re into a spicy, leathery lavender with hints of vanilla, amber, and bitter almond, then absolutely. To my nose, and those who have smelled it on me agree, the orris root and clary sage add a masculine breeze upon first spritz, but it nuzzles up rather sexily on skin. Let’s be honest, though: With a label like this, it’s not really about the juice, but bottle-bragging rights.

“I haven’t had these many requests since Tom first went into business with us ten years ago,” marvels Demsey. “Everyone’s asking me, ‘Aren’t I fucking fabulous?’”

Along with the 300 or so bottles created for guests of the runway show, another thousand were made, and that reserve has already sold out, too. However, it is back in stock on tomford.com (for now) and in Tom Ford boutiques.

Now that Ford has boldly slapped a curse word on a public product, does this mean that “fucking” can now join “pussy” on the shelf labeled “Once Offensive/Now Accepted”? No. The two are polar opposites. Trump using the word “pussy” the way he did was degrading and misogynistic. “Fucking,” on the other hand, continues to shed its connection to vulgar and angry and move toward enthusiastically emphatic. Moreover, Tom isn’t necessarily encouraging us to use the word more. He’s merely saying, if the fragrance fits...

Or, to quote the publicist at Tom Ford Beauty when I asked whether there was resistance to the name: “This was 100% a Tom decision. We don’t negotiate with Tom Ford.”

Assuming we don’t negotiate with the chairman emeritus, either, I asked Demsey what Leonard Lauder’s response was.

“He shrugged,” laughed Demsey. “He shrugged and he smiled. Remember, this is the man whose mother famously said, ‘When sex goes out of business, so do we.’”