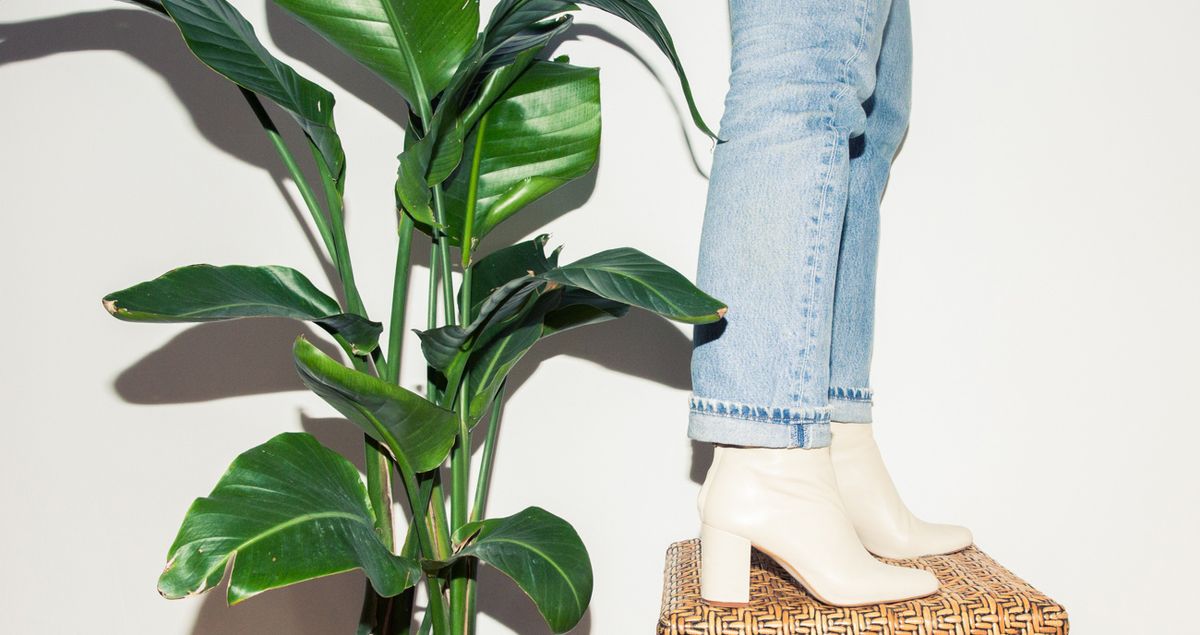 The Levi’s that could.

The “it” item to be seen wearing at fashion week this season, the most photographed, the *coolest*, the one thing I saw nearly everyone wearing on any given day, wasn’t a particular Céline shoe or a Fendi bag—it was those vintage (or reworked vintage) Levi’s 501s. And frankly, if I could peg a most-wanted fashion piece to own right now, it would be those Levi’s. That perfectly-fitting pair of not-too-tight, not-too-loose, vintage wash, high-waisted jeans. Those forever jeans you’re meant to wear every other day are now a fashion statement.

The resurgence of the ultimate mom jeans (quite literally, though; they’re the jeans my mom wore throughout the 1980s and ’90s) is unquestionably part and parcel of fashion’s seemingly insatiable appetite for nostalgia and, undoubtedly, its endless obsession with the ’90s in and of itself (again this season!). Who would have thought that the ultimate street style look would be a hybrid of Jessie Spano and The Craft (honestly though, the look is the only thing I want to wear).

The truth is, Levi’s high-fashion run has been helped along by a lot of designer and hipster mimicry at both high street and designer levels. I’ve been buying Topshop Mom jeans (pretty much 501s, but with a snugger, more modern cut) consistently for the past three years. Vetements and Saint Laurent have made straight cut jeans with a high, supremely well-fitting waist. They’re constantly sold out and they cost $1,325 and $720 respectively—seriously.

But the ultimate find is still a pair of authentic vintage 501s. Re/Done—an independent company that buys up vintage Levi’s, re-tailors them to fit in a more modern way (i.e., less baggy), and resells them direct-to-consumer for more than you would pay for traditional “premium denim” (just under $300 for most pairs)—is in part responsible for making the jeans themselves a luxury item that’s rare and sought-after. Vintage sellers like The Vintage Twin have capitalized on this by buying up vintage denim (mostly Levi’s) in huge volume and reselling them at their “Jeanius Bar,” where they’re priced like ’80s-era Moschino and Versace (anywhere between $150 and $400).

It’s all come together to make the original 501s the ultimate thrift or vintage store find. I’ve found a few pairs at random stores in Toronto and LA for under $60 and I count myself very, very lucky.

Of course, at the end of the day, it’s Levi’s itself that embraced the vintage style’s return the most. They’ve reworked their classic 501s and 505s perfectly. And weirdly, the original-label jeans—still excellent quality and in all the best washes—is the most affordable way to get the jeans. What’s more, seemingly in acknowledgment of high fashion imitators, Levi’s went ahead and collaborated with Virgil Abloh’s Off White for fall, making a collection that could well be the coolest denim of all. And there you have it—suddenly the label that made your grade school jean jacket and your dad’s weekend pants are making the most desirable garment in fashion: a pair of jeans.