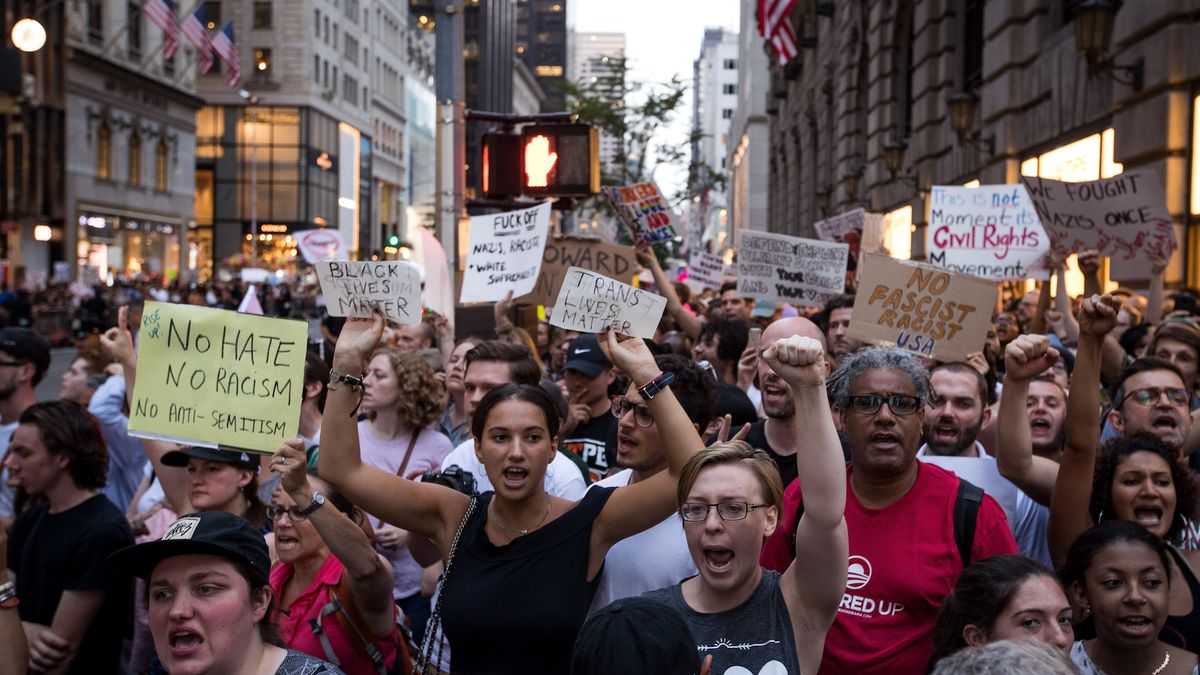 The president’s statement is changing daily.

On Tuesday afternoon, President Donald Trump took to a podium in New York City’s Trump Tower and placed the blame for the horrifying events in Charlottesville last Saturday on “both sides”—one side being white supremacists and neo-Nazis, and the other being counter-protesters, which he and his supporters have deemed the “alt-left.” Trump had seemingly backpedaled from this sentiment earlier this week, finally condemning violence and racism, but his most recent statement confirms that he’s still unwilling to place blame where it likely belongs, and worse, putting white supremacists and those who protest against them on a level playing field. (And he still hasn’t called the incident what it was: domestic terrorism.)

Since Trump took office it’s become increasingly difficult to keep up with the news, even more so following a tragedy like the one that occurred in Charlottesville. Here at the office we’ve made a habit of sharing relevant articles with one another, in an effort to stay as informed and engaged as possible. In light of last weekend’s events and the president’s most recent statements, here’s what we’re reading.

The Truth About Women And White Supremacy

How Mr. Trump Could Face Up to White Supremacists

What Trump Got Wrong On Charlottesville

How “Nice White People” Benefit From Charlottesville and White Supremacy

Charlottesville And The Effort to Downplay Racism In America

Racist Extremists, Not Many Sides, Brought Terror to Charlottesville