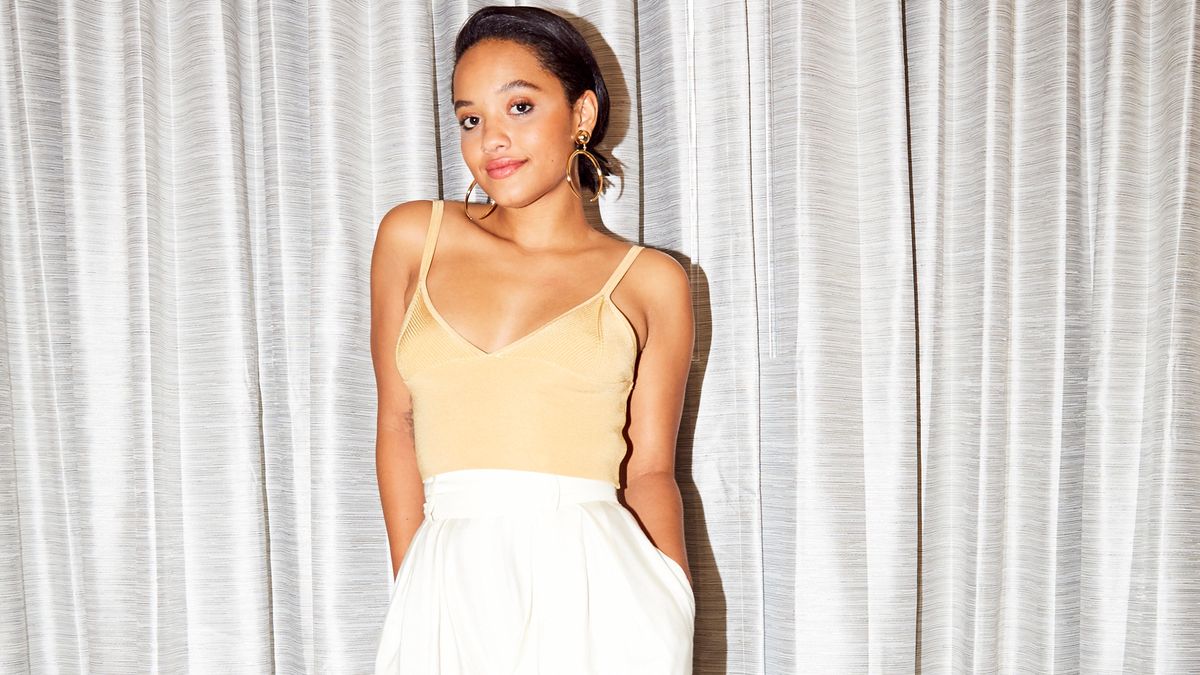 Get Ready: It’s a Matter of Minutes Before Kiersey Clemons Is Ev-er-y-where

Style, humor and killer acting skills, the Only Living Boy in New York actress is about to be the next big thing.

There’s a ton to love about The Only Living Boy in New York, from its intense storyline (a guy falls for his dad’s mistress, aka Kate Beckinsale), to its cast (Jeff Bridges, Cynthia Nixon, and Pierce Brosnan—oh my!), to an unexpected twist at the end. But what I couldn’t stop talking about long after watching? Kiersey Clemons (and, ugh, fine, hottie Callum Turner), simply because what she did on-screen didn’t seem like “acting.” It was just so…real.

A quick look at Kiersey’s IMDB page and it was confirmed: The talented twentysomething is about to be BIG. So when I had the chance to catch up with her as she promoted this new movie, out today, I did, and picked her brain about playing Mimi, what she has coming up, and what she’d wish for when blowing out her birthday candles.

Why she wanted to play Mimi in The Only Living Boy in New York:

“The movie came along at a time that I was like ‘Oh, well I was going to take a little break, but this sounds a lot like me! And I would love to play this version of myself that is so relatable to me and to my friends and my sister.’ Mimi and I had all the same questions, and we think we have all of the same answers. Allan [Loeb] did a really good job at writing this part for not being a young black woman [laughs].”

How Mimi is different than the typical love interest:

“With such an ensemble cast, it [would be] easy to get lost in the mix if you only heard Mimi and Thomas talk about their relationship and her boyfriend. But you get to see where she lives and you get to know where she’s going next. I really appreciated that the character wasn’t just thrown away because I feel like a lot of the time, the young spunky girl that he’s in love with gets tossed to the side and thrown in there for a little bit of appeal. Allan really gave her life and independence, and he put in all these layers for her that were just irresistible.”

What’s next for her:

“I’m actually leaving to go film in New York for a couple of weeks with Nick Offerman, who’s playing my dad [in a movie], which I’m so excited about. I think it’s time to show a biracial person with their white parent. And we’re, like, in a band and it’s this father-daughter duo, and the relationship between a father and a daughter is so special. I am so excited to make this movie for dads—for my dad, for single dads. I’m really, I’m really happy.

“I’m trying to switch it up all the time so that I never feel bored. I just did a thriller, and I’m kind of knocking everything off the list. I think the next thing I need to do is a period piece, which sounds so intimidating. I’m just looking to live multiple, multiple lives. Why not?”

“I can’t tell you because I might want to make it! I do want to do action. I would love to push myself physically. I feel like that’s what my body wants right now. So that’s what I’m manifesting at the moment.”

About her love of wide-leg pants:

“I’m loving the super wide leg. I think that as I do more fittings, I’m getting into the idea, ‘Okay, so what is complementary to my body shape and my eyes and what do I like?’ I am loving a wide-leg pant because I can fucking move. Like, it accentuates your waist but I can still do the splits if I need to. You never know when you’re going to need to do the splits [laughs].”

What she would wish for when blowing out her birthday candles:

“I would wish for a brownstone in New York [laughs]. We were talking about that this morning. We were like ‘Ugh, I want a brownstone!’ [It would be in the] West Village. I love it.”

A celebrity she would want to be best friends with:

“I want to be best friends with The Rock. Dwayne Johnson. He’s so encouraging. His Instagram is the most motivating thing in the entire fucking world. He’s like ‘I wake up at 4am every day and I work out! No days off!’ And I’m like, ‘Yeah, bruh!’ I need more of that!”