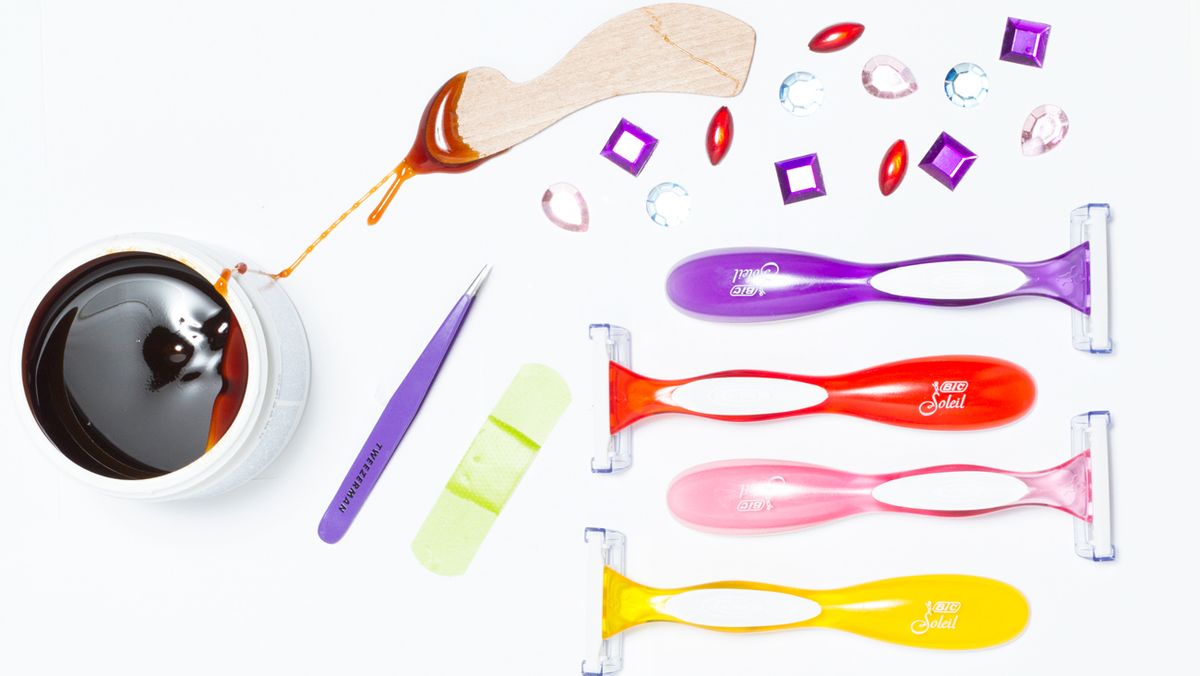 The Cardinal Rules of Doing a Legit Wax Job at Home

No matter what you’re waxing, here are the top dos and don’ts according to the pros.

My relationship with my shoulders is only as strong as the strongest at-home waxing kit. This is a truth I’ve learned after ten-plus years as a self-proclaimed Waxer™, a self-improvement program akin to learning The Secret but with fewer disciples and a lot more redness.

Back then I was too afraid to be seen shirtless as a veritable rug of coarse, dark chest hair had emerged from my teen torso. I started to make a monthly pilgrimage to a salon where a nice lady would spend an hour or so viciously ripping the hair out of my upper body. That eventually got old—can you imagine?—and I got over the anxiety around chest hair. Or rather, I learned to live with being hairy. But that comfort level never extended to the errant black strands poking out from my shoulders. Enter: the at-home waxing kit.

The number-one ranked product for at-home waxing on Amazon is Gigi’s Hard Body Wax for Brazilian & Sensitive Areas, which is apparently “designed for extreme bikini waxing.” I don’t know if that means the act itself is somehow radicalized or if it’s supposed to be a dictate for daredevil application, but I am not particularly keen to find out. Is there not, like, a hella chill waxing kit for low-key beach babes?

Personally, Parissa waxing strips have been a crucial component of my bare skin routine for years now; they’re easy to use and get the job done with minimal irritation. They purport to “keep skin smooth for weeks longer than shaving does,” but in my case it’s more like mere days. Which left me asking, “Am I simply surviving when I could be thriving?” To save myself from testing out umpteen kits to find out, I asked Aja Murray of Shobha Salons to enlighten me on the pillars of at-home hair removal: be clean, dry, and hairy.

“Bathe like you would if you were going to a doctor’s appointment,” says Murray. “But skip the lotion—you’ll get better results if your skin is less oily.” Hair should be at least 1/4" in length—flat enough to lay on your skin. This will give the removal strips something secure to latch onto. “Make sure you can see the area you are applying wax to to ensure proper application and to prevent injury,” notes Murray. “Chances are, if you can’t see it, things are more likely to go awry, which can result in unflattering bruising and/or other skin traumas.” Noted.

Sarah Santiago of L.A.’s Stark Waxing Studio suggests doing a test patch on your wrist to make sure the wax isn’t too hot—or so cold as to be ineffective. “Don’t try waxing a few hours before an important event in case of mistakes, adverse reactions, or burns. Give your skin a chance to reset and calm down, [and avoid putting] heavy oils like coconut oil or olive oil on your skin afterward.” Murray suggests a mild steroid immediately post-waxing, such as a hydrocortisone cream, to help alleviate redness. My trusty Parissa kits come with a blue vial of Azulene oil, which includes Vitamin E and menthol crystals, and is remarkably effective.

Santiago cautions at-home waxers to avoid going over the same area repeatedly with wax. “This will potentially irritate the skin—consider tweezing the little hairs that you aren't able to get instead.” This is a lesson I personally learned the hard way—but who has time to take a pair of tweezers to the far reaches of their back? (Turns out, if you don’t have the time, you make the time. Also: learn to be flexible.)

At the end of the day, what matters are the results. If your hair is gone and your skin is happy, I’d consider that a DIY job well done. Tank tops, anyone?