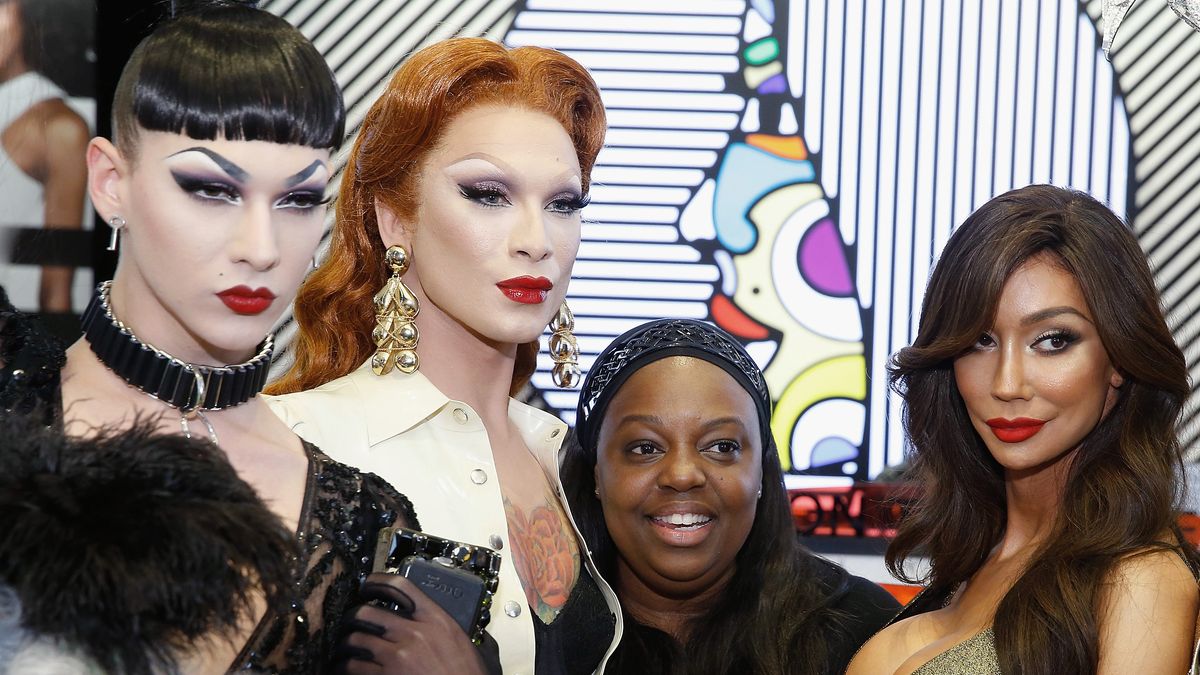 Pat McGrath Once Called Up an Insta-Fan at 5am

How the world’s most famous makeup artist mentors up-and-comers on Instagram.

You probably wouldn’t know this unless you’re backstage with her, but Pat McGrath is referred to as “Mother” by her team, models, and even herself. “Come around here so Mother can see you better,” she says from her perch at the press preview for her newest launch, Pat McGrath Labs Lust: MatteTrance Lipsticks, which went on sale today. She deserves the title. Everyone she speaks with is showered in affection, she keeps a watchful eye on everything occurring around her (no tweak of lip color goes unnoticed), and, of note in recent years, she has developed a pack of virtual makeup mentees on Instagram, discovering and promoting budding makeup artists like McGrath-obsessed Jessica Ferrelli (whose work re-grammed by McGrath is pictured below) or Clare Mac on her 1.4 million-follower account.

Lip art by @jessica_ferrelli, a makeup artist McGrath has been promoting lately, re-grammed on @patmcgrathreal.

“It’s really fun to connect; we meet probably about seven young makeup artists a month,” she says. “We have another young lady that always posts at five in the morning from Vegas, these amazing pictures. So, one morning, I was jet-lagged, so I just sent her a message, ‘I like your work. Are you awake?’ She was like, ‘Yes!’ So I said, ‘Let me have your number, let’s speak.’ So we got on the phone.” Her mentoring skills, though innate, were also passed down. “I remember how people looked out for me when I began,” she says. “There was a wonderful stylist named Kim Bowen, who, when I was working in the Department of Transport or working in hotels, she would call me every year and ask, ‘Are you going to become this makeup artist you talk about becoming?’ And I would be like, ‘Mmmm….’ You don’t ever think you’re quite good enough. She encouraged me and that’s what changed my life. She would just say, ‘Where is your kit? Have you started yet?’”

Now, as likely the world’s most iconic makeup artist, when McGrath pays it forward, she seriously ponies up. Case in point, McGrath and her team flew a Russian makeup artist they discovered on Instagram, Nika Kislyak, all the way out to New York Fashion Week. She also mentors young talent from other mediums. Models like Paloma Elsesser, Mallory Merk, and Jasmine Sanders got an early start doing shoots with McGrath, and she now spotlights artists like illustrator Maria Veronica and photographer Desiree Mattsson, whom her team tapped to photograph the new lipsticks.

“I can spot talent from a million miles away,” she says about how she finds young artists. “I like the creativity and the fact that they love makeup and that they never stop!”

Can we be picked next?

The Makeup Artist Whose Wellness Habits Cultivated a Beauty Brand