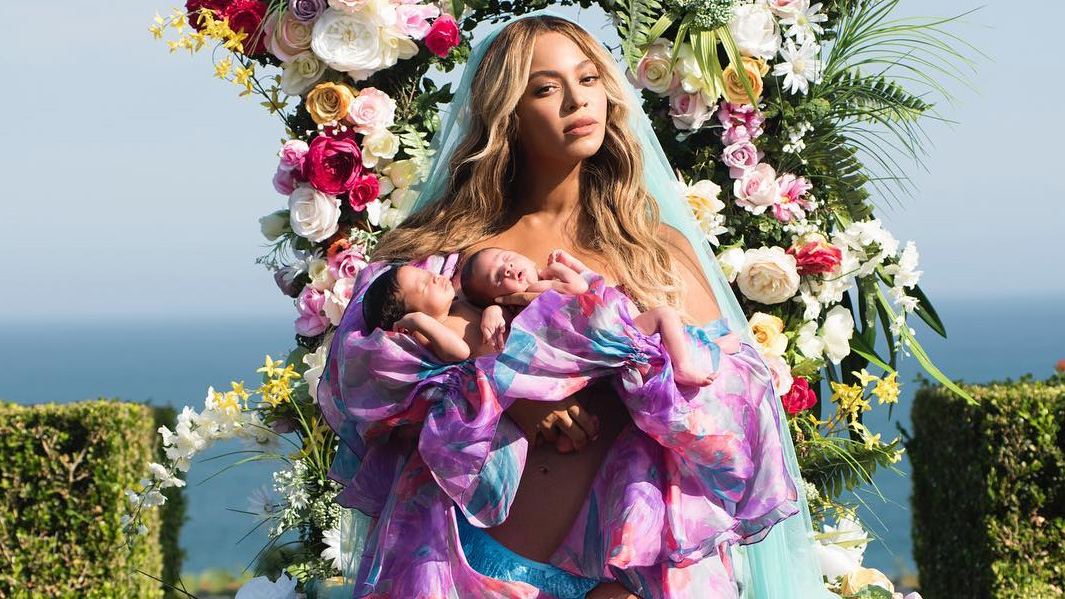 Everything We Know About Beyoncé and Jay-Z’s Twins

Let’s all say it together now: “Aww!” Beyoncé’s twins have finally made their Instagram debut! The two babies can be seen snuggled up in their mom’s arms in front of *another* floral arrangement, and while we’re excited to finally see their cute faces (quick—who is who and which parent do they look like more?!), we’ve already heard a lot about them. Read on for everything you need to know about this teeny tiny duo, then cross your fingers and hope that more photos follow.

They are a month old: To celebrate, Beyoncé posted a sweet (and stylish) photo with them on her Instagram. Babies’ first viral photo!

Their names are Sir and Rumi: We’re not quite sure what inspired these choices, but rumor has it that Rumi was named after a 13th century poet. Sir just seems to be something powerful and different—the same way Blue Ivy stands out in a crowd—but the word “sir” does appear in one of Rumi the poet’s poems (but that kind of seems like a stretch).

And yes, those names are trademarked: That’s how we found out their names in the first place, thanks to TMZ.

They were conceived naturally: Jay-Z reveals this—as well as Beyoncé’s previous miscarriages—in the title song on his new 4:44 album. “I apologize often womanize / Took for my child to be born / See through a woman’s eyes / Took for these natural twins to believe in miracles / Took me too long for this song / I don’t deserve you.”

They were born in L.A.: And currently live in Malibu, according to E! News. West Coast babies!

No one will ever forget their debut: As in Beyoncé’s *flawless* maternity photos.