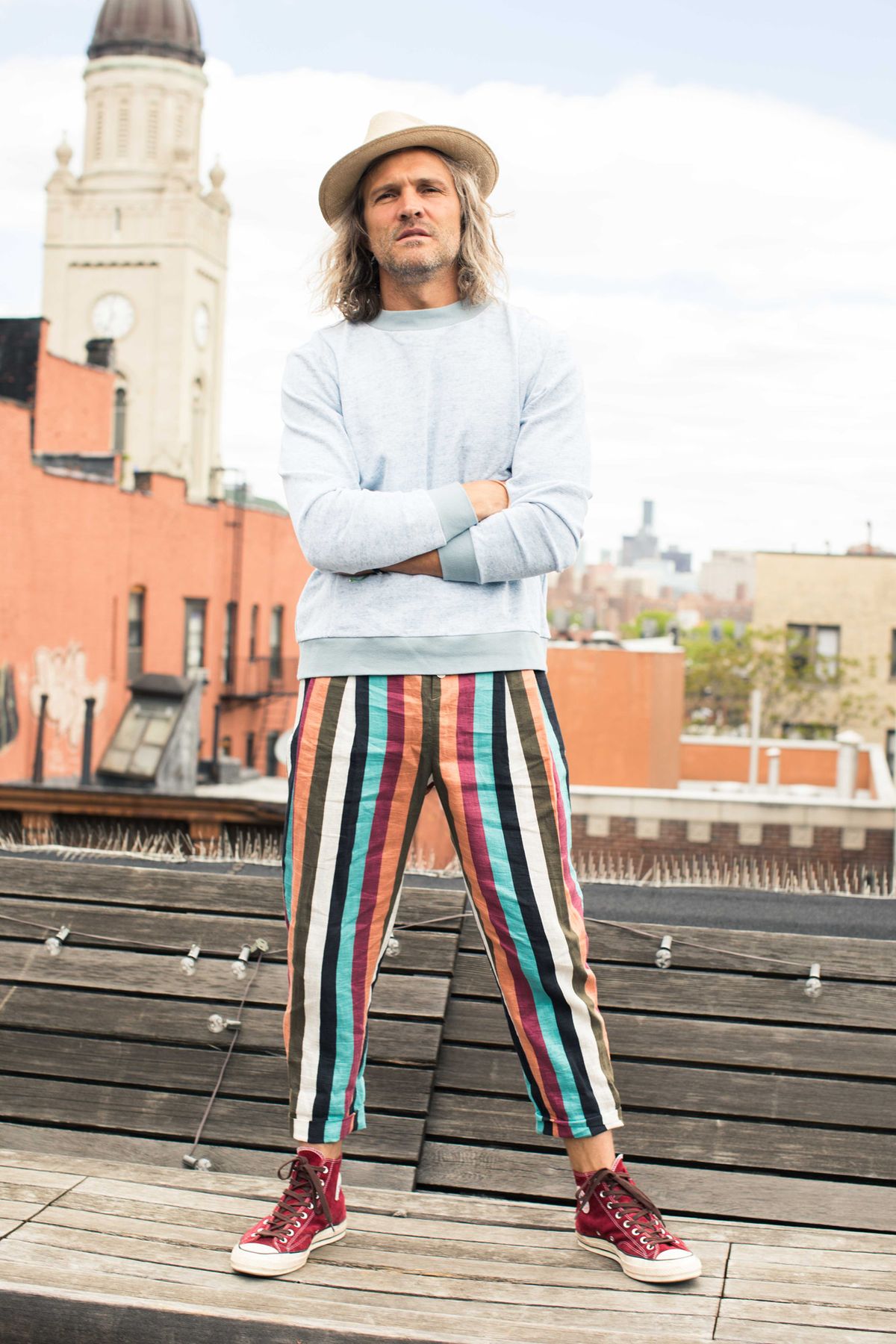 The luxury “playwear” designer on growing up on a surfboard and the two Bruce Weber photo shoots that influenced his aesthetic. New York.

Noah Lehava
Hannah Baxter, Noah Lehava, Tara Gonzalez
“It all began with Bruce Weber” is how we’ve dreamt every Coveteur closet story would begin. Thaddeus O’Neil let us live that fantasy as he recounted his beginnings while we stood amidst the beachy oasis of a home he created, plunked right in the center of the East Village. We could almost taste salt in the air (even though we were most definitely in Manhattan) as O’Neil told us of how his namesake luxury surf-inspired label came to be from a perfect storm of inspiration: his childhood of surfing on the beaches of Fire Island with his father and friends, and living alongside the legendary photographer (Bruce Weber, that is) who would ultimately become his mentor. Although his entrance into fashion—as subject in Weber’s iconic photographs to photo assistant, writer, poet, and ultimately, designer—was nothing short of aspirational. It was also organic, and O’Neil is refreshingly laid-back and real about the whole business. “I think there remains something to be said for see-now, buy-when-it’s-good-and-damn-well-ready. I think we need more slowness and time to appreciate things in our life. And we need less. We’ve let fast fashion set the tone, rhythm, and pace of an industry that relies on an inherently artful and meditative approach and craft, and that’s ridiculous and a shame,” he told us as we thumbed through a stack of his multicolor namesake merino wool shorts. O’Neil lives in his own designs—seriously, we were hard-pressed to find something in his wardrobe that wasn’t created by the man himself—and that’s a testament to the brand’s quality and, most importantly, comfort. Save for his worn-to-the-ground Converse in every color, some Brixton hats, and sunglasses, of course. Click through to read more about the two Bruce Weber photo shoots that influenced O’Neil’s aesthetic and why he believes nature is the best inventor.
Closet

The luxury “playwear” designer on growing up on a surfboard and the two Bruce Weber photo shoots that influenced his aesthetic. New York.